April 4, 2018 - Victoria, Canada - In just a few weeks, Victoria will be welcoming some of the best sailors in the world to the Melges 24 World Championships, hosted by the Royal Victoria Yacht Club (RVYC). The event will be raced off the Victoria waterfront, providing some of the best sailing and spectacular scenery available in a racing venue. Recent Melges 24 Worlds have been hosted in Finland, Denmark, Australia, Italy, and closer to home in Miami and San Francisco. 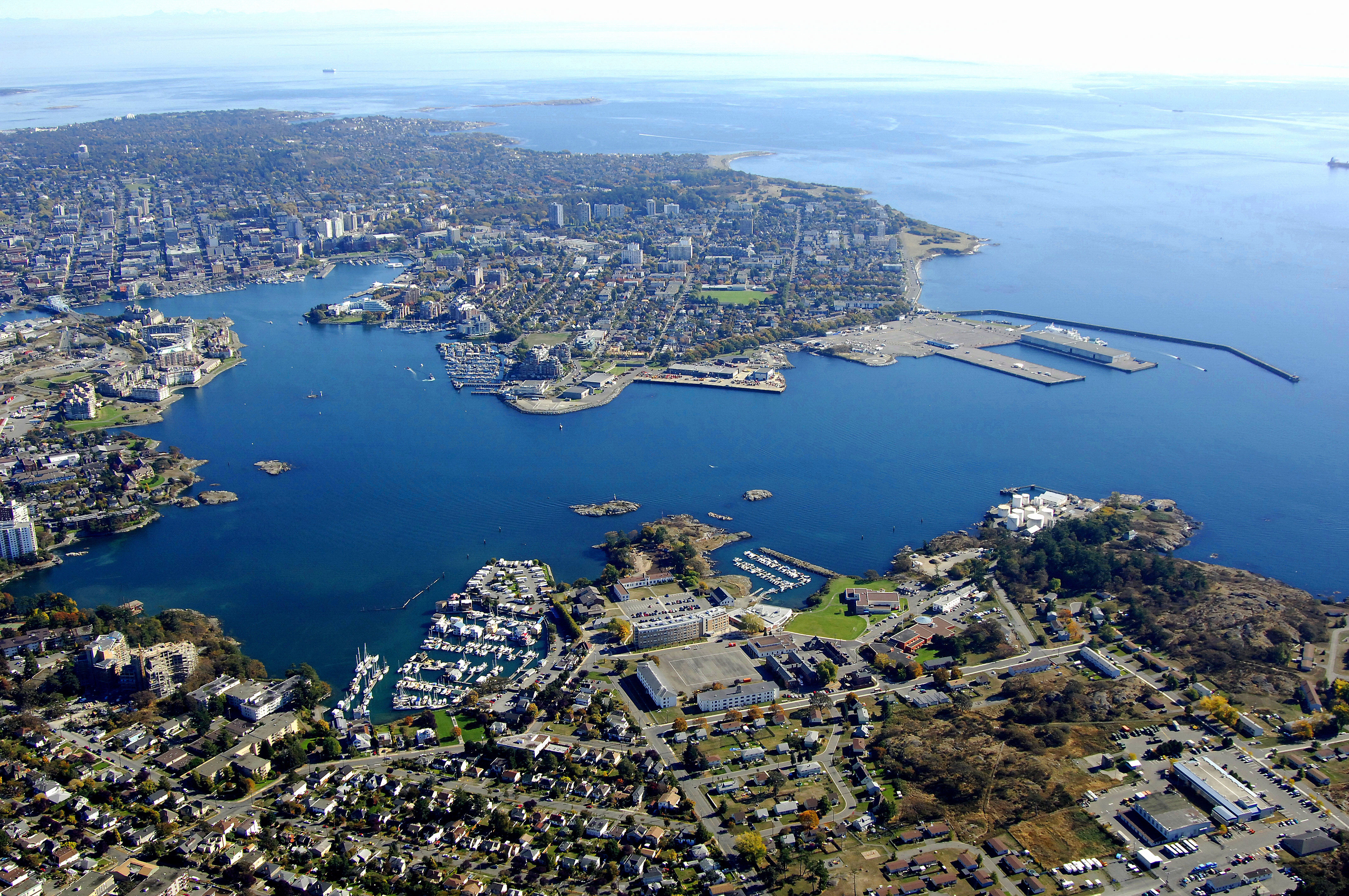 The International Melges 24 Class Association awarded the event to Victoria on the basis of the fantastic Melges 24 Canadian Championship hosted in 2014: three days of 20- 25 knot winds, blazing sunshine, and great race organization. The Worlds will be hosted at the same time of year, known for its reliable westerly winds and sunshine, the week after the annual Swiftsure International Yacht Race. 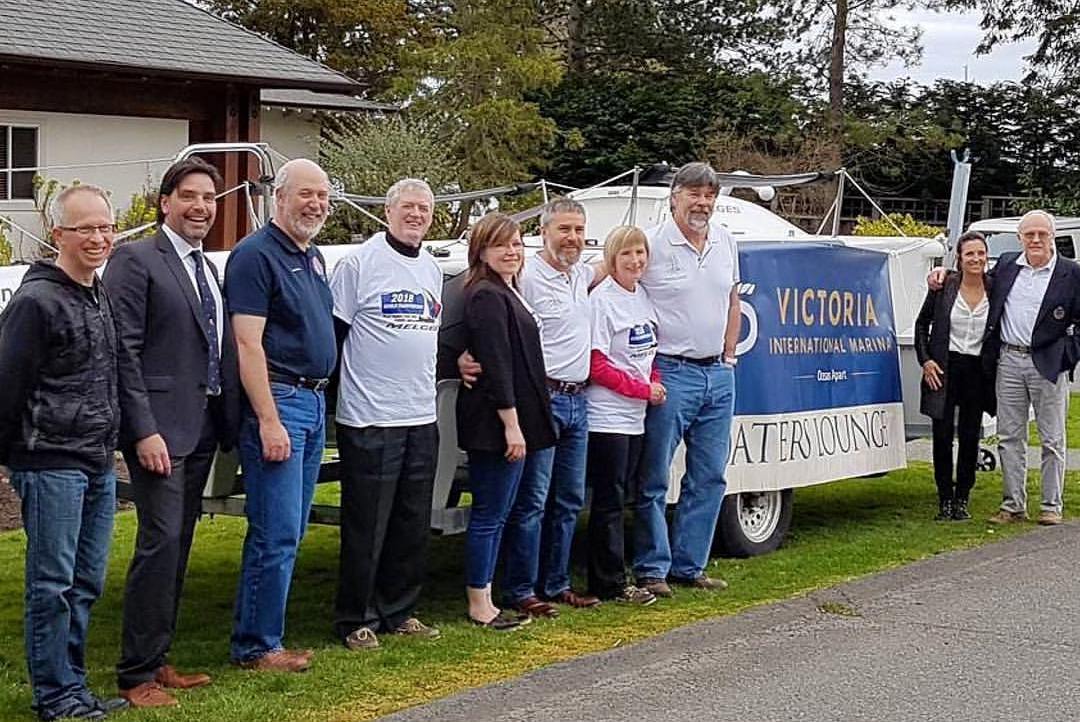 The Regatta Chair is RVYC 40-year member Past Commodore Terry Stamper. Not only are Terry and his wife renowned racers and world cruisers, they raised three Olympic and world-level sailors, two of whom will be racing on top boats in the 2018 Worlds, and their daughter’s two sons have continued the family legacy as top junior racers.

Joining Terry is a very experienced committee of RVYC members including International Race Officer John Abel and International Judge Mike Turner.
RVYC and CFSA are coming together again to host this event, after past collaborations including the 2006 Fireball Worlds and 2014 Melges 24 Canadian Championship. Added to the collaboration this year is the beautiful new Victoria International Marina (VIM), putting the regatta venue and race operations right on the edge of the racing venue of the Victoria waterfront.
Now located a few kilometers away in Cadboro Bay, the Royal Victoria Yacht Club was founded in the Inner Harbour for the original purpose of hosting international racing off Victoria’s waterfront with the Pacific International Yachting Association (PIYA) events, and has hosted the Swiftsure International Yacht Race out of the Inner Harbour for decades. This year, both the 75th Swiftsure and Melges 24 Worlds will be hosted within eyeshot of where the original RVYC clubhouse was sited, and raced on the waters recognized for their suitability by the Club’s forefathers over 100 years ago. 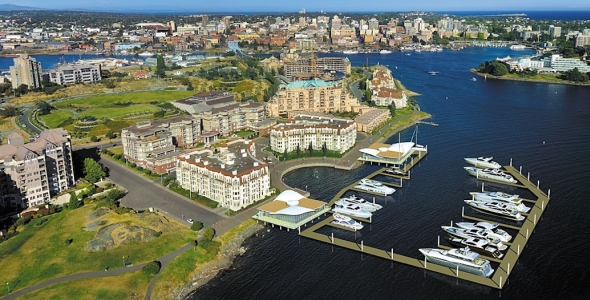 Victoria International Marina
The organizing committee is proud to join the Volvo Ocean Race and regattas around the world in designating the event with the international Sailors for the Sea Clean Regattas program. The Clean Regattas program provides best practices for reducing environmental impact from all forms of waste, discharge and marine habitat impact, both on and off the water. 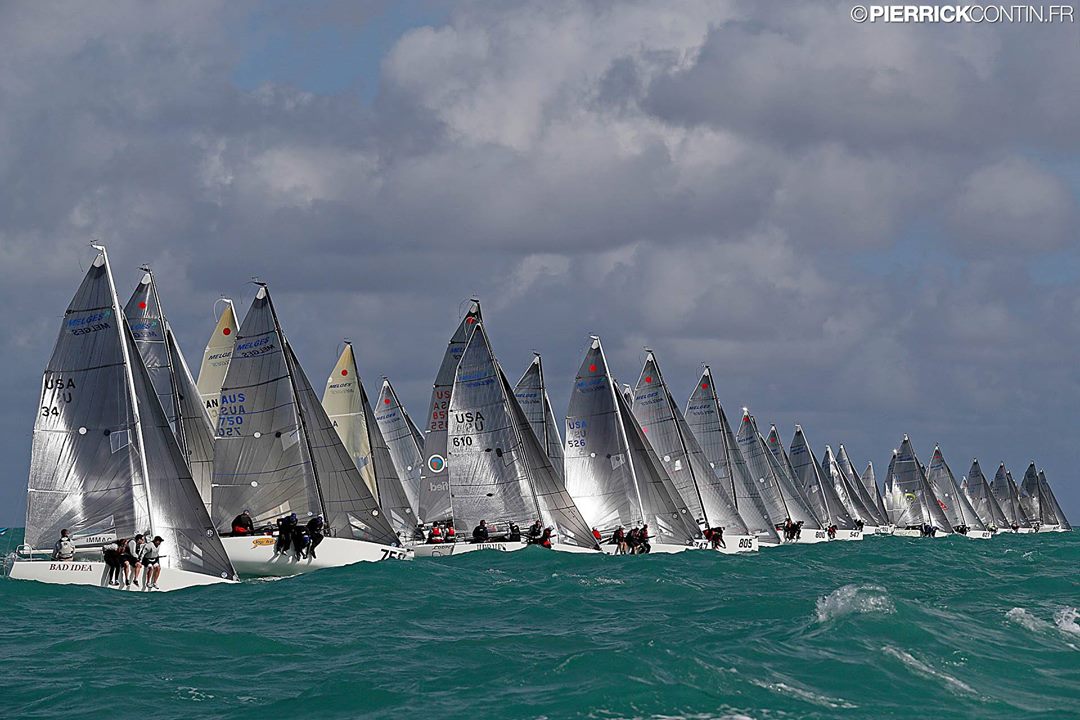 2016 Melges 24 Worlds in Miami - photo (c) Pierrick Contin / IM24CA
Racing gets underway June 2/3 with the Canadian Championship, followed by the Worlds Jun 5-9. Spectators are encouraged to come down to the Victoria International Marina (harbour start at 9am, returning around 3-4pm), and watch the racing off the waterfront. Depending on the wind and tides of the day, good vantage points will be Saxe Point, Esquimalt Lagoon, and Fisgard Lighthouse at Fort Rodd Hill, or further along at Ogden Point and Clover Point.
Media information:
FB/Instagram Melges 24 World Championship 2018
Twitter @m24worlds2018
Website melges24worlds2018.rvyc.bc.ca
Email melges24worlds2018@gmail.com 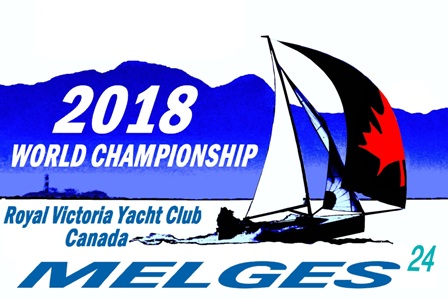