August 24, 2020 - Ramsberg, Brombachsee, Germany - Melges 24 German Open Championship was held on Lake Brombachsee on August 22-23. It was a fun event with tight racing where 7 races were sailed  in rather light and shifty conditions.

Saturday started with rain but the weather improved during the day offering some light and shifty winds to the sailors. Sunday the weather improved even more allowing four races to sail in breeze of  9-10 knts. Due to the moderate winds it was an excellent venue and great racing.

A weekend before there was a Warm-Up regatta - 2020 Melges 24 Trichter held on the same venue to give the Race Committee a chance to practice for the German Open, since they are not used to such fast boats in general. Due to the fact that Brombachsee is pretty small lake, the fleet had 0.8NM long up-wind leg sailing in about 45 minutes three rounds.

After 2 days and 7 races, the new Melges 24 German champion has been found out. Congratulations to the Bloodhound GER326 crew of Jo Schwarz, with Hannah Jäger, Frank Scheufen and Tim Jakowidis from Lake Constance, who was able to defend the title!

Only one point behind finished on second Martin Thiermann’s Ballyhoo Reloaded GER327 and third was Jannes Wiedemann’s ACE GER647.

Due to the covid-19 influenced situation the 1. Weißenburger Segelsportclub was the only club on the lake who was taking the risk to host the event. All rooms of the club were closed and it was not allowed to host any social event inside. However, outside you can have social gathering for up to 100 people. Since Nürnberg Yacht Club has a big terrace the teams were gathering there to enjoy some barbeque and nice weather after the racing on Saturday.

In overall, there were nine teams, but all were enjoying  sailing (no injuries, no damages) on their beloved boat - Melges 24. 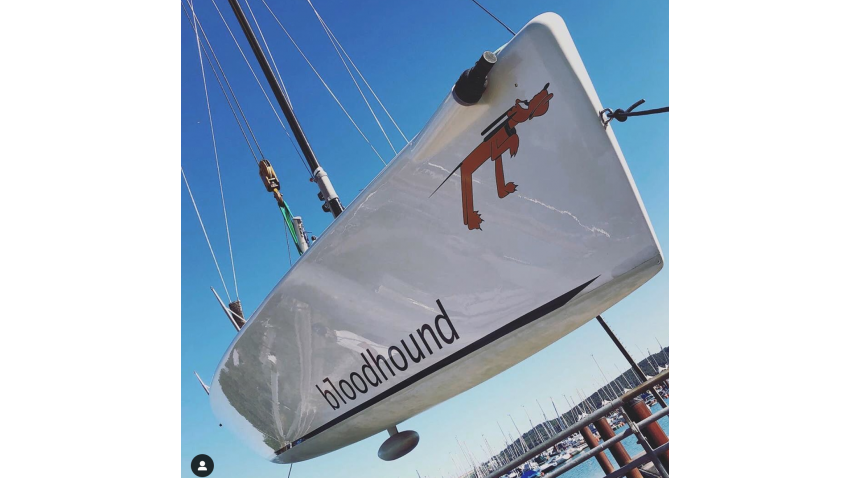 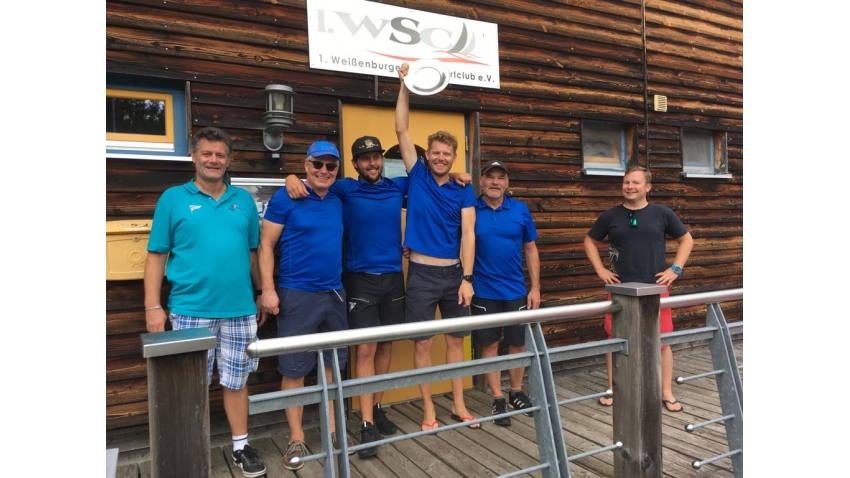