February 17, 2017 - Lario, Como Lake, Italy - ALM24, Associazione Lariana Melges 24, in cooperation with Italian Melges 24 Class Association and Yacht Club Como, is organizing the 2017 edition of Lario Sailing Series. The events are scheduled on 6 weekends between June and September including Act #3 of the Melges 24 Italian Sailing Series in June. This is a great option to compete in Italy also during the summertime and before the Italian Tour together with Melges 24 European Sailing Series will be held in Luino in October.

Tino Brianza, the owner and fan of Melges 24 (ITA383) said that the Italian Melges 24 acitivity in general stops in summer and then normally resume in October leaving ashore many sailors who would sail in the hottest time of the year. Our series will cover that need offering a chance to race on the beautiful Lake Como. I am sure that the participation will be important from the first year and I hope it can become a "classic" in the regatta calendar of the Italian Melges 24 Class.". 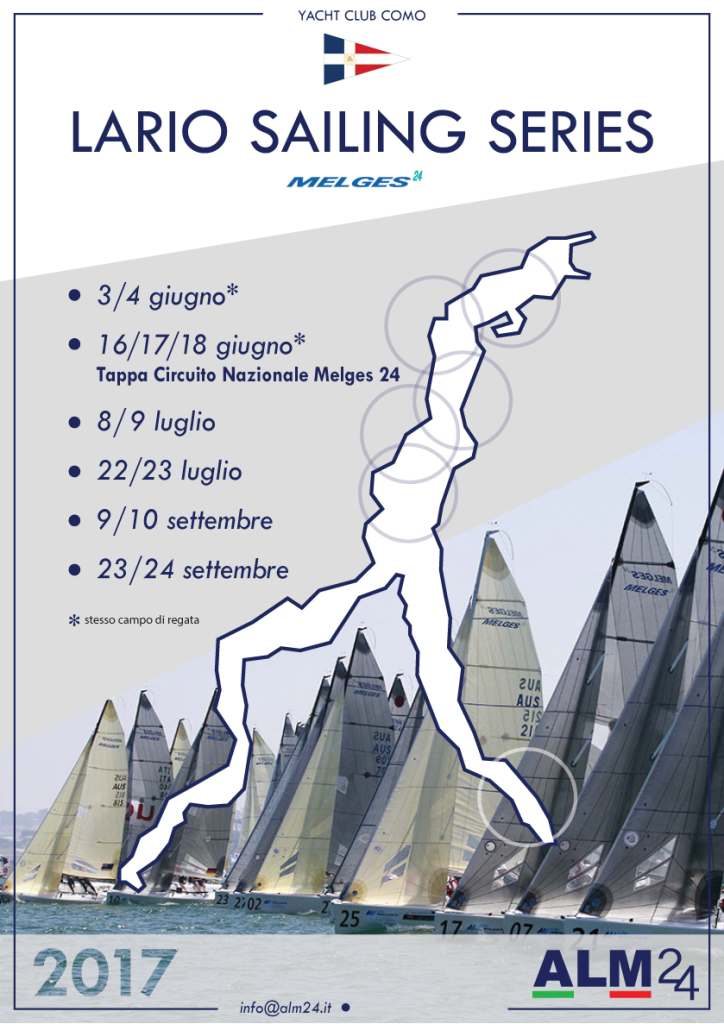