December 8, 2017 - IM24CA - After some long evaluation, the management of the International Melges 24 Class Association announces the details of the 2018 Melges 24 European Sailing Series. From the first look at the calendar, it appears clear that the next one will be south and Italian oriented: in fact, five events out of six are planned to be held in Italy and the main reason for that is the Melges 24 European Championship to be held in Riva on Lake Garda in August.

The season will open in Tuscany, exactly in iconic Punta Ala, at the end of March (23-25) and will continue in Slovenia in April (27-29), with the fleet heading to Portoroz that is ready to welcome the Melges 24 class again after the successful experiences of the past few years. The 2018 Melges 24 European Sailing Series will then move on to the internal waters, with a double appointment on the Garda Lake: Torbole (June 29 up to July 1), where the Melges 24 international fleet will return after the 2012 Worlds won by Italian Gullisara helmed by reigning world champion Carlo Fracassoli with the record number of entries, and Riva del Garda (August 3-10) for the Melges 24 European Championship. The season will end with the Melges 24 Italian Championship planned to be sailed on the Como Lake (September 14-16), and with the Lino Favini Cup, also valid as Swiss Open Championship held in Luino (October 12-14).

Great satisfaction for the new calendar was expressed by Jens Altern Wathne, the Chairman of the International Melges 24 Class Association: "For the 2018 season the European Sailing Series will move more to the south and will have five events in Italy. Next year Portoroz, that has been the season opener for several years and a place where the sailors want to return to, will be the second stage in the series. Sailing on Garda Lake has been always well received by sailors across Europe. In August the European Championship will also be held on Garda Lake, in Riva del Garda and without any doubts will be a well attended event. Luino has been the ultimate event with great host and a good battle on the lake for a position on the final podium of the series.
Again, IM24CA has created a good series with a sensible logistic set up. We are looking forward to meet you in all of these great venues!"
Also Andrea Racchelli, the President of the Melges 24 Italian Class Association who with his ALTEA is one of the most experienced owner in the class, was happy about the idea to have more international events in Italy: "The Italian Melges 24 Class worked together with IM24CA to schedule the 2018 Melges 24 European Sailing Series. Was not easy to find good solutions, and of course, not everybody will be happy, but we believe that the series will help the class to grow in 2018 again.
With the European Championship on Lake Garda in August the best thing to do was to have regattas centralised in the Southern Europe to try to have less travel as possible. The goal for everybody is to have high quality racing in good venues with as much boats as possible. Starting in Punta Ala is great because usually in Tuscany there are great sailing and weather conditions in the beginning of spring. After that fleet will move to Portoroz for classic Slovenian act which has been always well attended place with a wonderful hospitality. After Portoroz you can move to the Garda Lake for three months. Torbole and Riva are super classic events: very funny to come back to Torbole after World Championship 2012. Riva for sure will host a superb European Championship for the Melges 24 fleet. Domaso in Como Lake is a new event, and is also considered as the Melges 24 Italian Nationals. If you have never been there, you will discover another beautiful place in Italy with very good sailing conditions. Finally we will have the classic Lino Favini Cup in Luino - everybody after many years know the superb hospitality we are treated there with.
As Italian class, we will give soon (possibly in early January) information about boat storage between the events, in particular between Punta Ala and Portoroz, near Garda between the three events, and after Garda till Domaso and Luino. It will be very easy to park the boat and travel by plane or only by car - this can help everybody to come and sail every single event.
Hope to see all Melges 24 sailors in Punta Ala and from the Italian Melges 24 Class best wishes for Merry Christmas and happy sailing in new year!".
Besides the events of the 2018 European Sailing Series listed below, one more regatta will be held on Lake Garda - in Malcesine on May 18-20, the regatta of the Melges 24 Italian Series, which means altogether two pre-events for the European Championship to be held in August in Riva del Garda.
The Notice of Race of the series, online registration for the events and more detailed information about the logistics will be published in January.
Stay tuned for updates on the 2018 season and further information about the Melges 24 European Sailing Series at  melges24.com/europeansailingseries
For further information on the Melges 24 European Sailing Series, please contact:
Piret Salmistu
IM24CA Administrator & Media Coordinator
+372 507 7217
piret@melges24.com 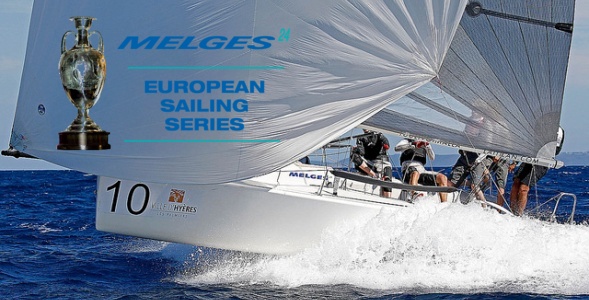