Wow, what a day of racing!  Forecast strong winds didn’t eventuate, instead Moreton Bay gave us a shifty  5 – 8 knots for the final days racing.

In race nine after the first lap Walters resisted match racing Miles and split tacks to sail their own race.  On the final run Matilda sailed the left side of the course then managed to cross Dirty Girls on the line, for a first place.  Miles ran out of wind and took third place.

Walters went into the last race needing a win to win the regatta.

For the last race of ten the committee deliberated and waited for the conditions to settle, and then set a two lap course at 150 wind angle in a variable breeze.  The tide made the start tight forcing FoxMayWonder AUS 668 and Vitesse AUS 710 over the line.  Matilda was first around the top mark and headed right, the rest of the fleet went left, down the run the wind swung both ways.  Matilda rounded with a lead that they carried to the top mark into new pressure to the finish and winning the regatta.

Geoff Masters Jolt finished with their best race of the series but it wasn’t enough to secure a third place. Roger that  came third in the race and second overall in the regatta three points behind Matilda.

Ian Barr Dirty Girl scrapped through on a count back to take third place overall. 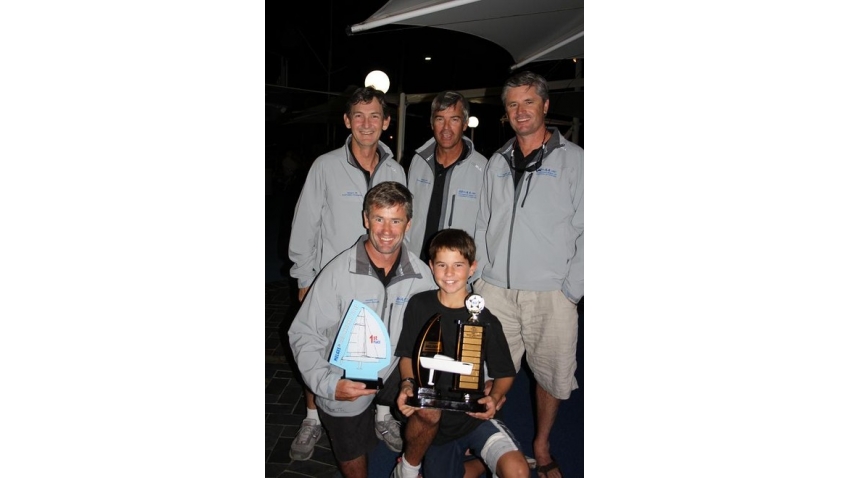