Mike Spurgeon’s Usain Boat USA 552 and John Brown’s Blind Squirrel USA 856 traveled the furthest to come compete in what was the third largest class event of the year. The predominantly local fleet was pleased to also see participation from surrounding clubs in Lake Geneva, Muskegon, Bayview, Boyne City, and Charlevoix.  Noticeably absent were teams from Canada, who have always made this invitational an “international” event.

The racing weekend began with Friday practice, which drew 8 to 10 teams on the water for tuning.  Special thanks to the Blind Squirrel team and owner John Brown who graciously provided coaches and a support boat to assist in the practice session. Breeze was 6-9 knots from the northeast with flat water.

Racing on Saturday morning kicked off on time with breeze coming from the southwest and west at 6-9 knots.  Bora Gulari’s New England Ropes USA 820 came out of the gate with a win in Race 1, and repeated in Races 3 and 4.  With Gulari and team setting the tempo, the entire performance of the fleet was elevated.  Mike Dow at the helm of Flying Toaster USA 613 took a bullet in Race 2, while Steve Pirie and Rumbunctious USA 744 got their bullet in Race 5.

Racing on Sunday was delayed due to light conditions.  A good first race in 5-8 knots of breeze from the North was pulled off with Bora and team again taking a bullet. With the fleet amped up, two general recalls followed before a seventh race was started. Dying breeze led to the abandonment of this last race.

For the weekend, Bora Gulari earned 1st Place overall, followed by John Brown in 2nd, and Steve Boho at the helm of The 300 USA 839 earned 3rd. 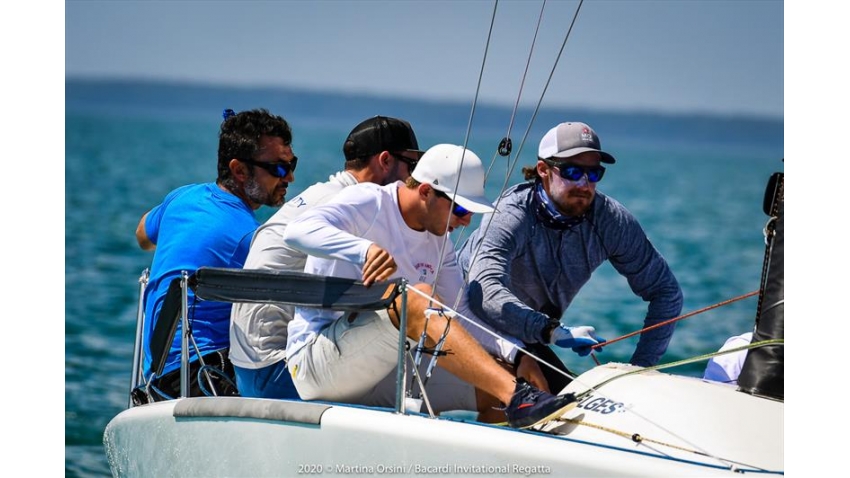