March 14, 2021 - Miami, FL, USA - Plenty of tense moments on the Melges 24 race track as the top three teams sought to claim the advantage out of their three-way tiebreak going into the day. The final outcome was the same top five leader board at the end of the day as the start, the only change was the order.

A win in race 7 for Gulari escalated him into the overall lead, on a 5 point advantage over Lucky Dog, with Monsoon another 5 points behind in third. Gulari followed up with a 2nd place finish in race 8 to hold the series lead, but there was still plenty to do if he was to ultimately triumph. A 4th in race 9 sealed the deal.

“We had a pretty challenging week, since we got a DNF in the second race, so we had to sail a no drop series from there,” commented Gulari. “We won the event so that was awesome. We have a really good team and courtesy of Bacardi this is one of the biggest events that I get to sail on my boat this year so I am super excited to win it. It was awesome, I loved sailing, it was really good to be in Miami.”

Lucky Dog followed up with a 5-1 in races 8 and 9 to ultimately swap places with Ayres on Monsoon and seal second overall, with third to Ayres.

The afternoon’s award ceremony was a quiet affair, with just the winners invited to collect their prizes. As well as the Bacardi Cup and Bacardi Cup Invitational Regatta prizes, wins were awarded to Bora Gulari and his Melges 24 team on New England Ropes for winning the Melges 24 Bacardi Winter Series, with Megan Ratliff on Decorum as top Corinthian. 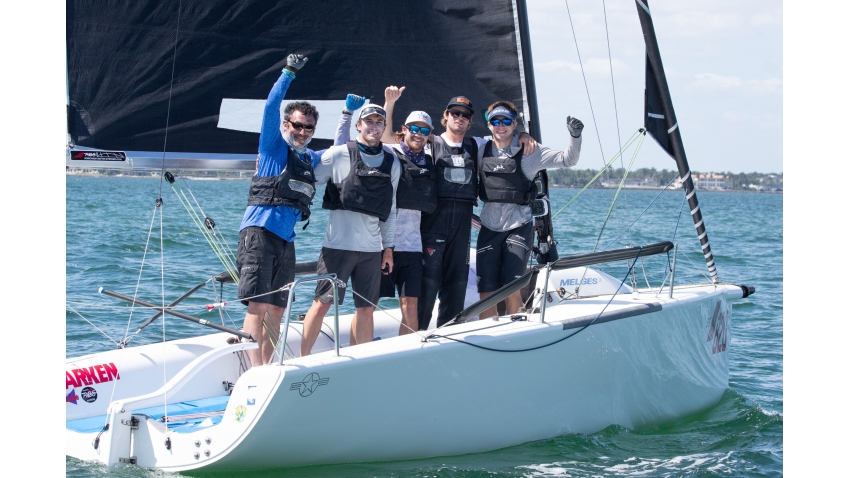 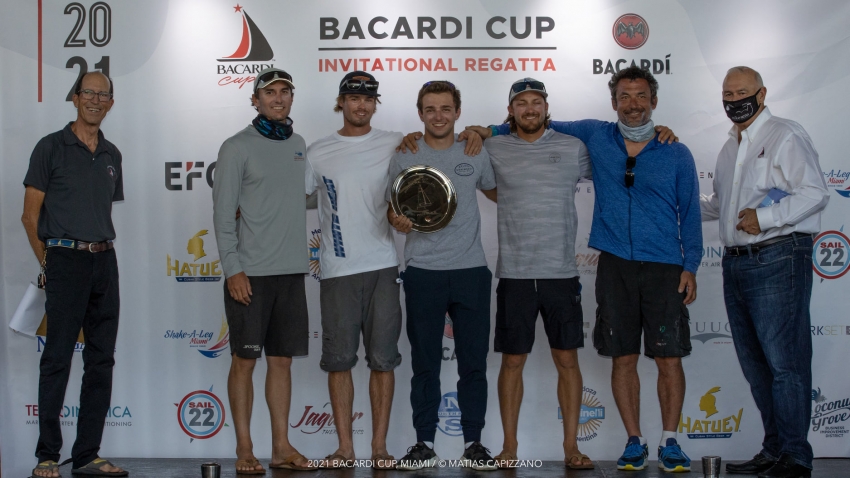 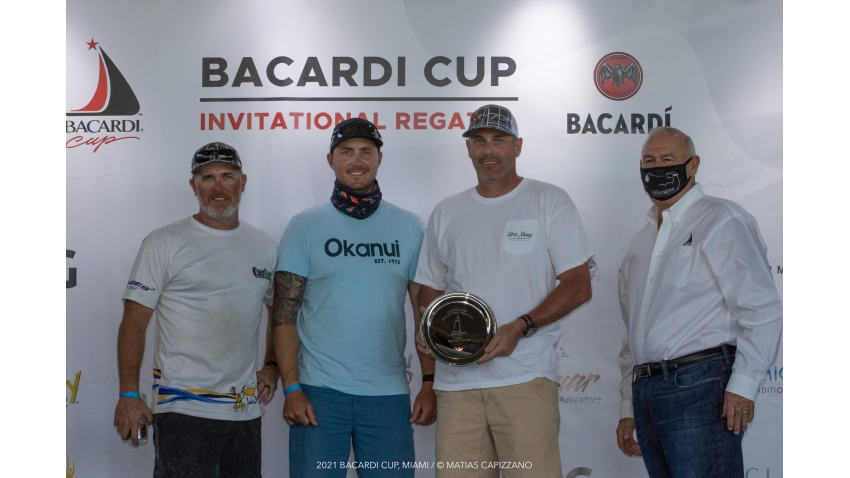 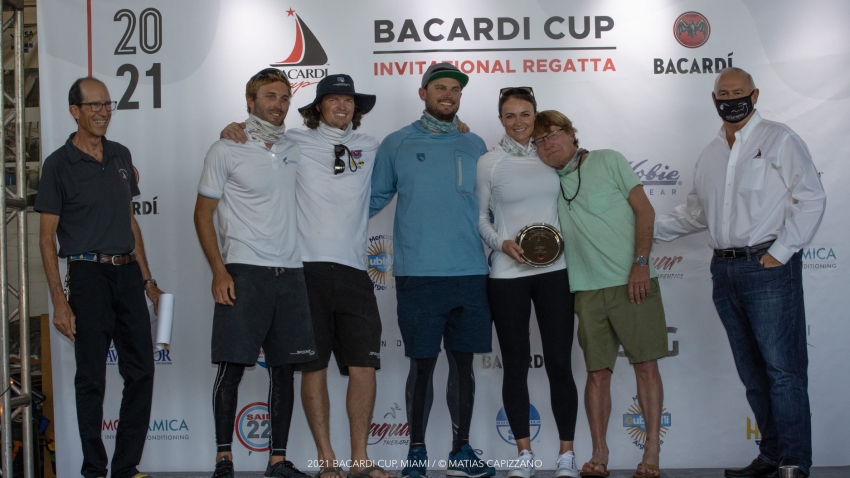