July 22, Cascade Locks, OR, USA – Submitted by Brian Hutchinson MELGES24USA201 - It was all smiles (and adrenaline) at the 2017 Diversified MELGES24 NorAm (North American) Championship. Mother nature generously delivered a banner week of warm and sunny planing conditions to an international fleet of MELGES24 sailors. Thanks to the river’s natural elevator the beats were trimmed and the runs extended for maximum enjoyment, which is typical for the Columbia River Gorge, one of the world’s top destinations for big-wind junkies. 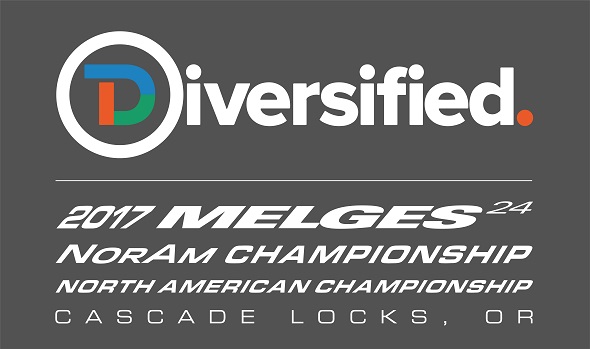 Following the requisite early gear and crew “tests” during the MELGES24 Speed Camp the championship rolled right into a 24-knot opening day. Like first tracks on a Utah powder day, the sailors were simply giddy as they blazed up and down the course area.

With great efficiency, the Columbia Gorge Sailing Association (CGRA) executed four 3-race days with a variety of 2-mile legs that tested each team’s mechanical prowess and connection to the ever-changing composition of wind and current that makes Cascade Locks a world-class racing venue. 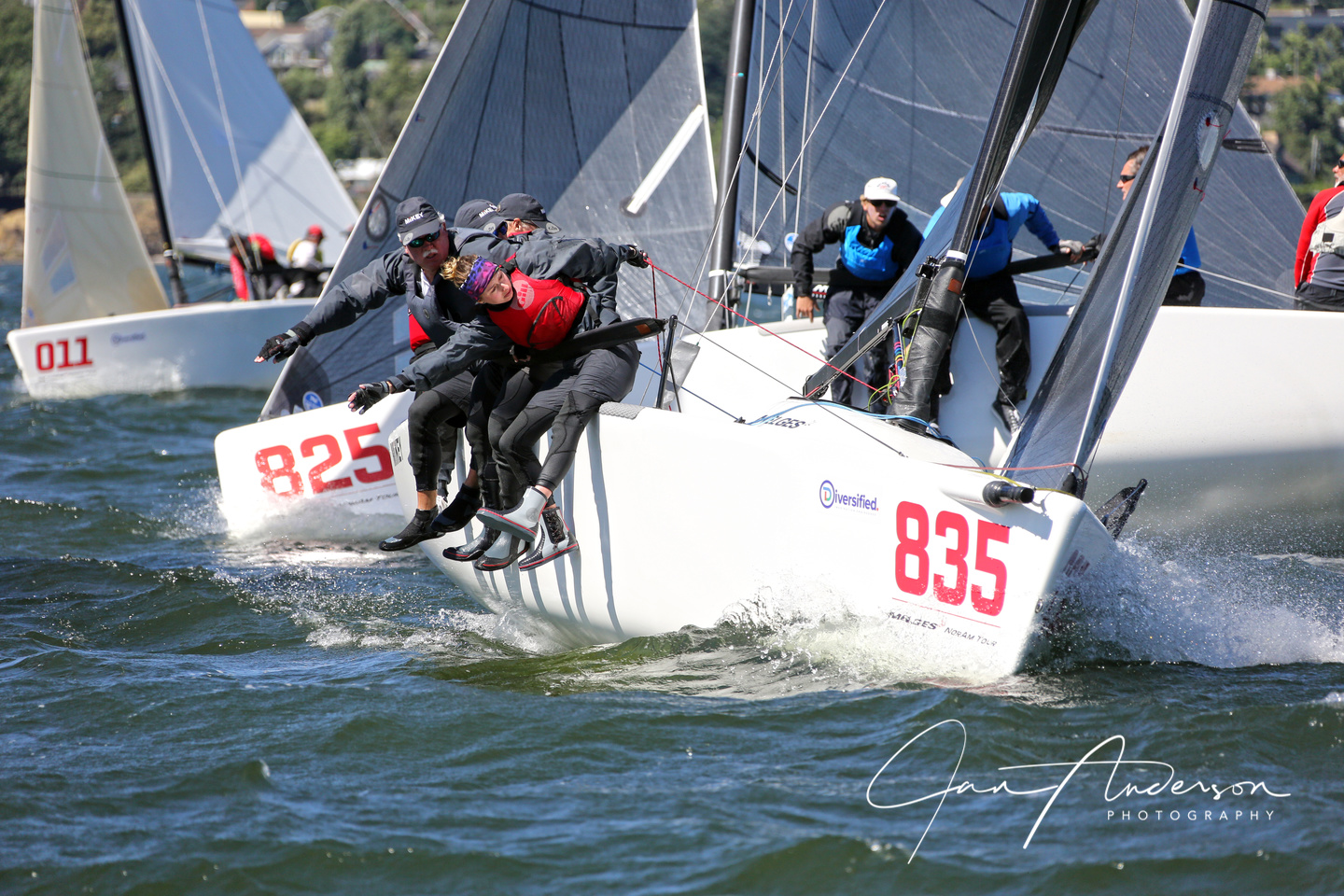 Overall winner, Mikey USA835 ekes out a beat ahead of Warcanoe and Goes to Eleven

The animated crowds at each cocktail party and barbecue were only rivaled by the rockin’ campfire circles of British Columbian rowdies who eventually slept in tents and RV’s on the bluff overlooking the race-course, the iconic Bridge of the Gods and 1800-foot high rock and tree-lined walls of the Columbia.

“We came down to race 470’s 22 years ago in the first regatta ever held at Cascade Locks and were blown away. The MELGES24 was hatched a couple years earlier. What a match!”– Duncan Stamper CAN011 Goes to Eleven

Stories of heroic, narrow crossings of the day’s tight heavy-air beats and the 20-24 knot (boat speed) runs were the main subjects late into each night. Thankfully, the midday thermals allowed scruffy sailors to roll down to the boats late each morning.

NOTE: Results may not fully reveal that each of these teams sailed at a very high level and led for multiple legs with Velociteks exceeding 20 knots. By day’s end it was Mikey’s consistent speed, nearly flawless crew work, and solid tactics that delivered the perfect score, with some of the wins more comfortable than others.

“This is definitely THE BEST place I have ever sailed. Mum and dad will be sooo jealous!”– Bonnie Nixon, formerly on Accru of Australia, now with Looper. 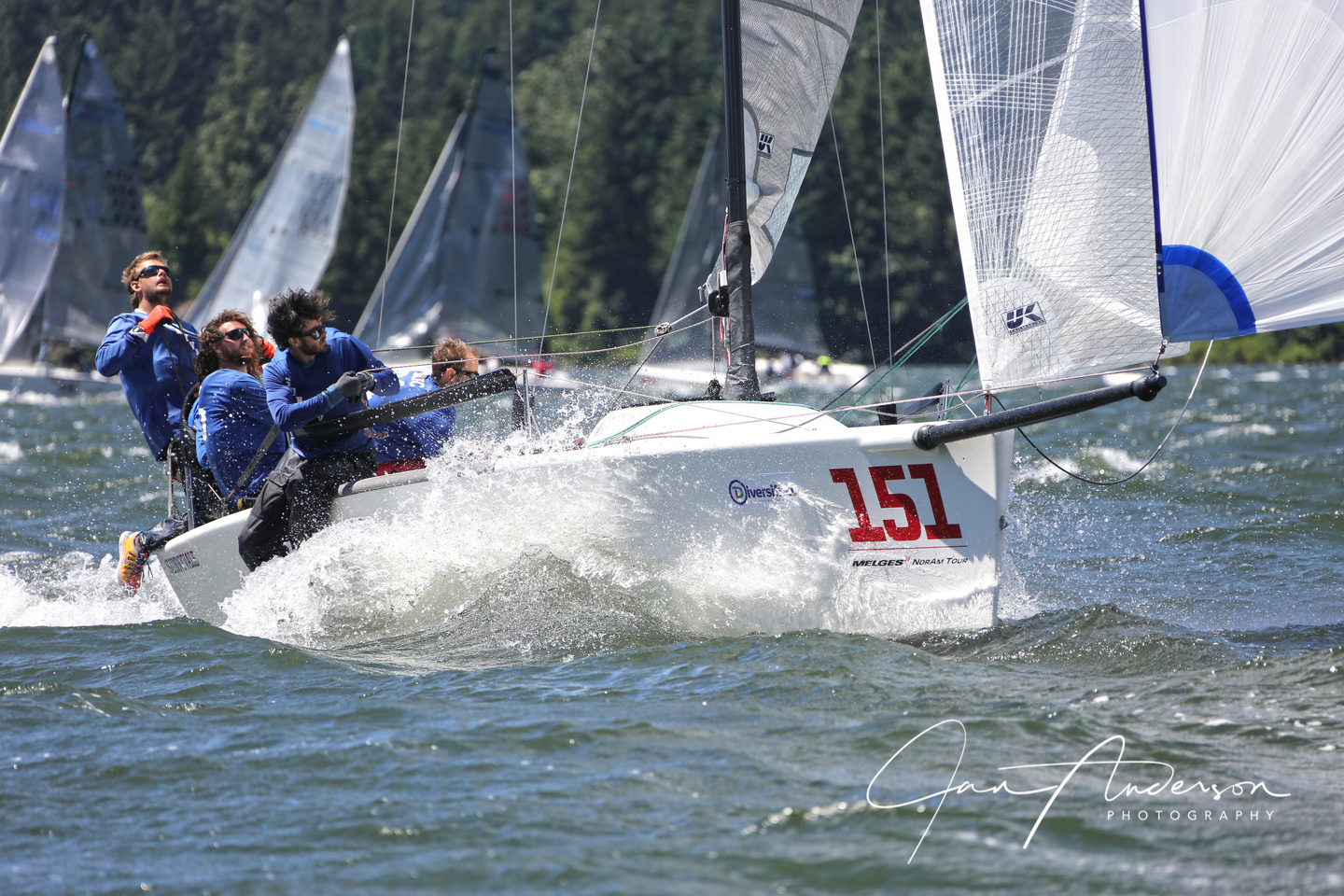 Gusts reached 26 knots, yet boats kept upright (mostly) for another sensational day. Sophie Stukas’ CAN591 Usain Boat found wind in the upper-middle of the beats and on the Washington side of the runs for a (4-16-3) for the day. Following a heavy-air initiation on the first day, Tom Garnier’s USA631 Mini Mecompleted his second race of the week with a 4th place due to a few good moves, including one off his beach at Skamania Cove. 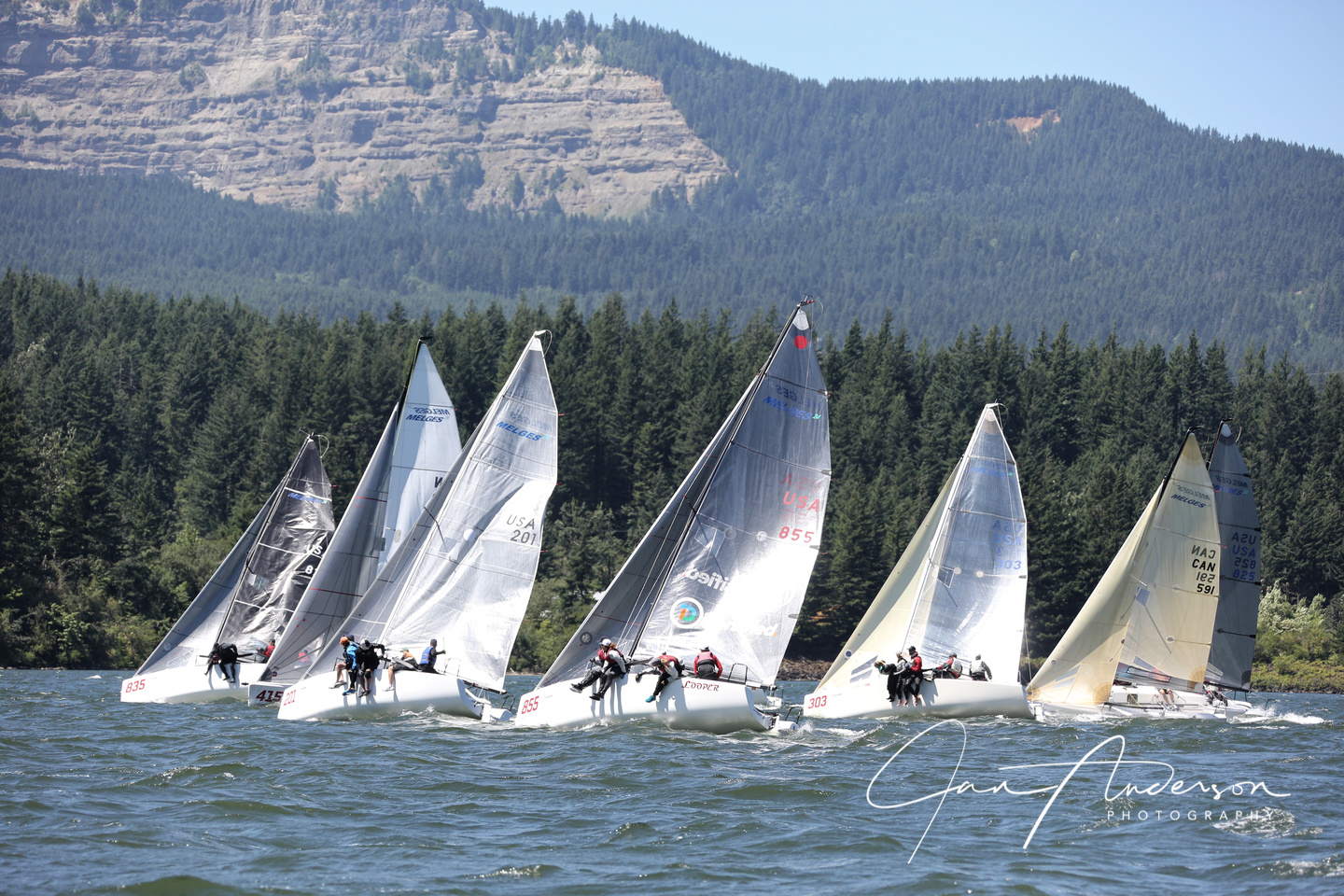 Close racing at the front of the pack. Maybe hard to duck in breeze?

More sun with wind ranging 13-18 knots the course showed some upwind strength in the middle and on the Washington side. The runs featured pressure near Skamania Cove and wind bands down “Morgan Larson’s Oregon Trail”. Rewards on the runs were for commitment to a side, with few lanes across the middle.

The final day delivered 3 great races in a mix of wind ranging 12-15 knots. The upwind leaders came from the Oregon shore at the bottom but a few teams made money in the current on the Washington side with occasional righties near the top. The runs favored those who stayed in pressure within 1/3 mile of the Oregon shore, and threw a couple cookies to those who could manage the port layline from far out.

On Sunday a few teams awoke to a warm 24-36 knot breeze for the travel day- perfect for bringing the boat around and packing up, or for catching some extreme windsurfing and kite boarding in Hood River, (over a beer and a taco, that is) while planning the next big-wind Stage of the MELGES24 NorAm Tour.

“CGRA did a fantastic job. After Victoria (2018 Worlds) we’ll be back for the Columbia Gorge One Design (CGOD) on the way to 2018 US Nationals in San Francisco”– Malcolm Smith and Gord Galbraith, CAN371 Lekker. 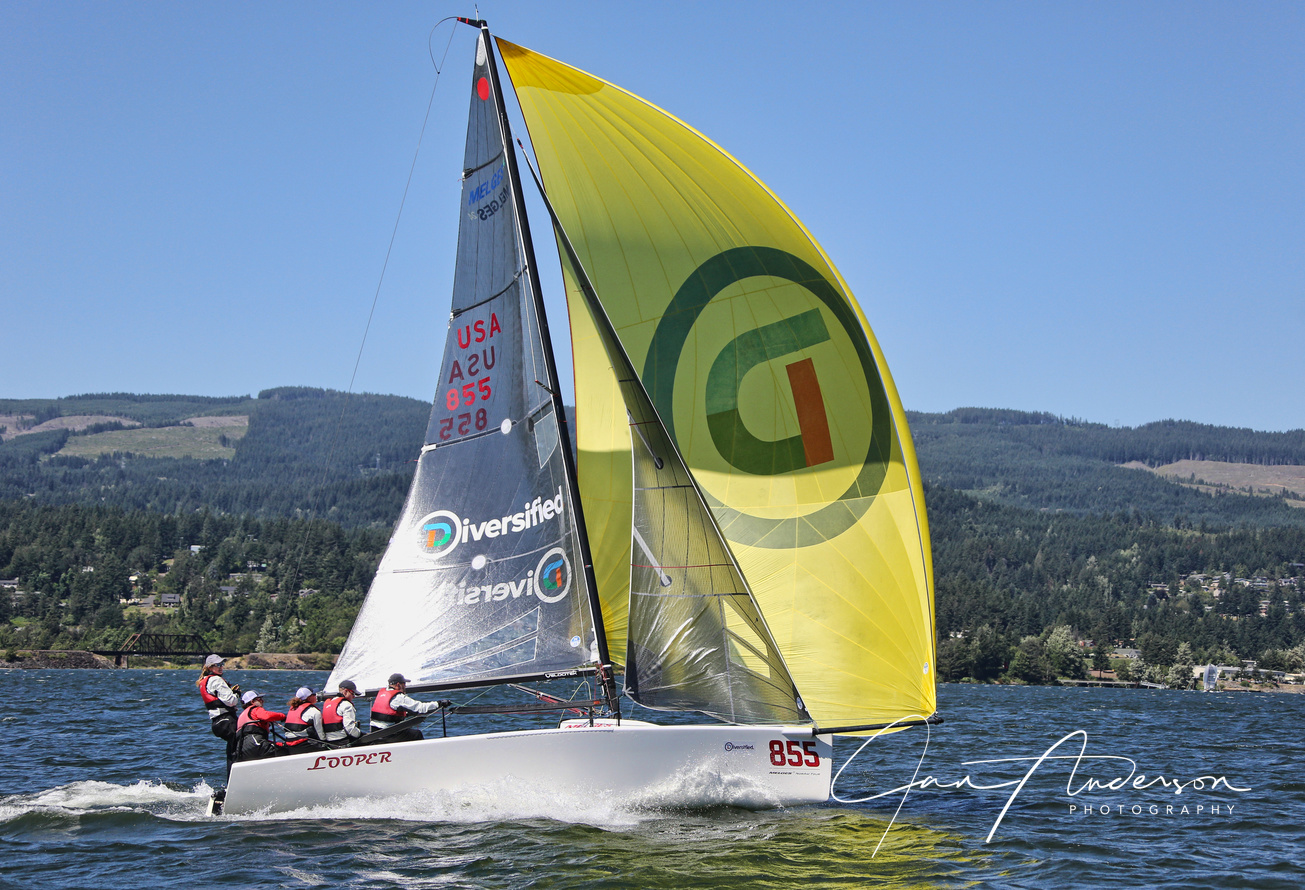 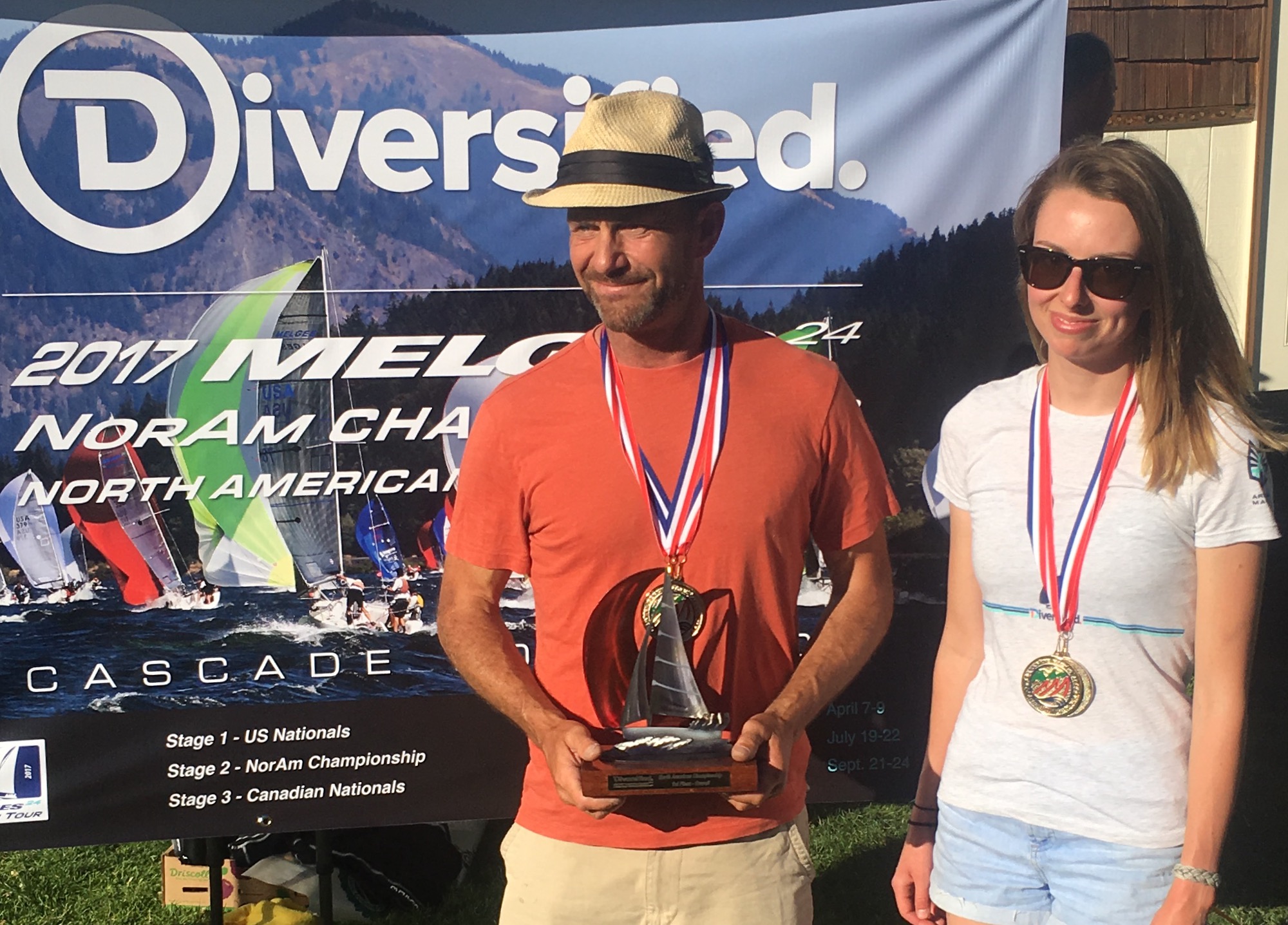 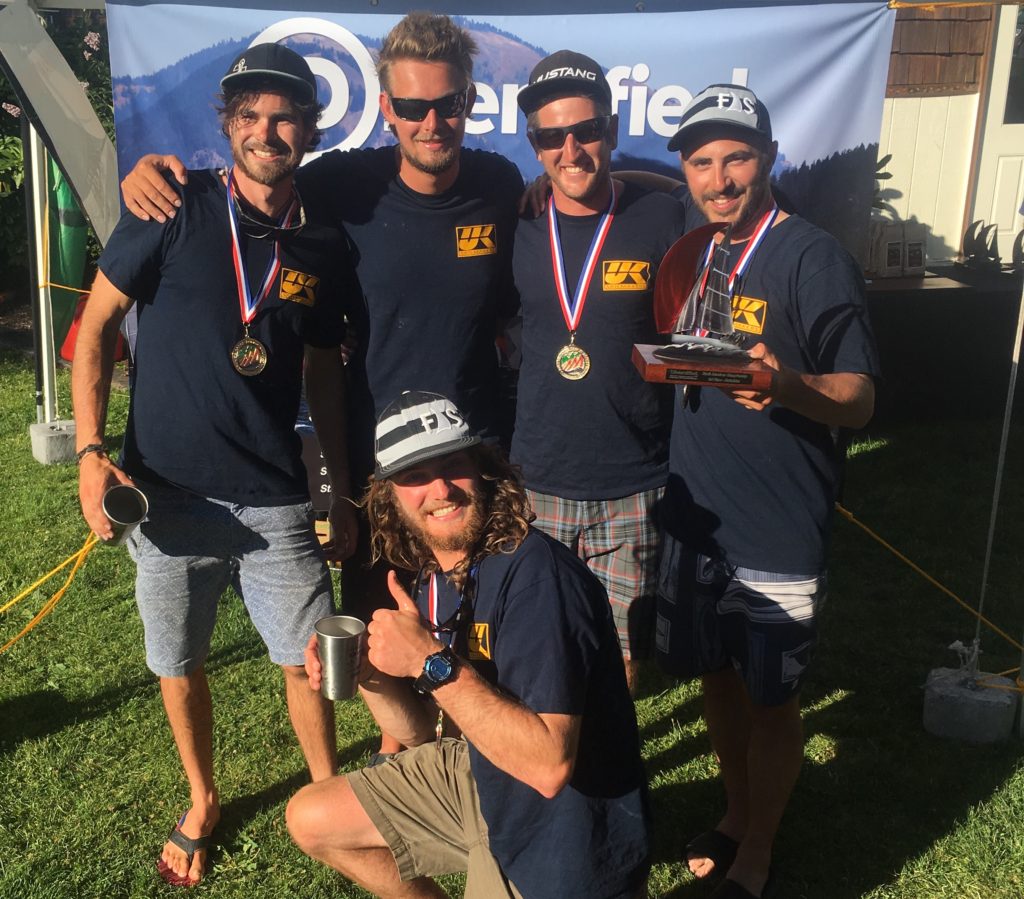