Australia’s southern states are in the midst of another summer heatwave. The upshot is Geelong’s trusty afternoon sea breeze was waylaid today, cutting short the Gill Melges 24 World Championship 2014 by one race.

The standings at the end of race 11 became the final results and Bora Gulari missed his opportunity to trade places for second overall.

Blu Moon helmsman Flavio Favini and owner Franco Rossini had the world championship wrapped up with a day to spare and opted to haul out and pack up the boat this morning, ready for shipping back to Europe.

The fleet poked around Corio Bay until 10 minutes before the 1500hrs cut off to start racing then crews turned for home to haul out and change into their civvies for tonight’s gala dinner.

Harry Melges’ STAR team from the USA, including Jeff Ecklund and two of the crew from last year’s world championship winning team of Full Throttle, Federico Michetti and Andy Burdick, were delighted with the contrary breeze.

“We were happy to leave things as they were. We were duking out for the title, but obviously it’s better to be second than third,” said Melges.

“Hats off to Flavio and his team, they sailed an awesome regatta. They’ve been sailing in the Melges 24 class for a long time and with all the effort they put in they deserve to win, their hard work paid off.”

On his Aussie adventure the class co-founder added, “We made a lot of new friends and had a great time. It’s always good to kick Bora’s ass too”.

Gulari and his crew of Jonathan McKee, George Peet, Jonny Goldsburry and Norman Berge saved the best until last and West Marine Rigging/New England Ropes was just a point off STAR in third overall.

“We missed an opportunity to move up. We’ll have just to go after Harry next time,” said Gulari. “It’s good to race against him; the crew are a class act. Star and Blu Moon are both really good teams, they are the reason I enjoy sailing in the Melges.”

Nathan Wilmot’s Melges Asia Pacific Kaito was sixth on the ladder and the best placed Australian team. The Olympic 470 gold medallist says it wasn’t quite the result he was hoping for, but he was happy to mix it up with the big boys.

“The international guys brought the level up from what we are used to in Australia,” Wilmot acknowledged. “The top five results show how much regular sailing improves the team. It’s the little one percenters like mark roundings they do so accurately. It’s hard to put a team together to beat that.

“Blu Moon sailed a great regatta to win the worlds. All credit to them, they deserve to be where they are.”

Deussen, one of a large field sailing for Adelaide Sailing Club, opened the Corinthian series strongly with Red Mist, but couldn’t reign in Miles and Co. who also finished a respectable ninth overall from the 26-boat fleet.

On the Corinthian division Deussen commented, “For the non-professional teams it’s a bonus, we still want to go well against the guns though”.

Other than a small weekend spectator fleet cruising the course parameters yesterday and today and the odd passing commercial ship, the Melges 24s had the northern corner of Corio Bay to themselves for the five-day series.

Weatherwise Geelong put its best foot forward for the world-class event that came straight off the back of Victoria’s oldest sporting trophy, the Festival of Sails.

Consistent afternoon sou’east sea breezes during the preceding Gill Melges 24 Australian Open Nationals gave many of the teams the chance to acquaint themselves with Corio Bay and straighten out any kinks before the main game.

For the final two days hotter temperatures delayed the wind’s arrival yesterday and cut today’s final race 12 out of the program.

The Australian Gill Melges 24 World Championship will be remembered for the successful fusion of professional and amateur sailors, from 10 year old Zac Heyes on Outrage-us up to the seasoned whose bodies are holding together despite, or because of, the rigours of high-level sports boat racing.
Couples, families and long-term sailing mates among the 130 or so competitors created a warm atmosphere. During the week crews mingled each afternoon at the post-racing BBQ, a sausage in bread with some ‘dead horse’ (Australian rhyming slang for tomato sauce) and cold beer hitting the spot.

Looking at the big picture, sailing is North American and Eurocentric therefore it was somewhat a coup for Victoria to be awarded the world title, and for so many of the top Melges 24 teams to travel across the world to line-up Simoneschi said.

He believes the Melges 24 is a great class for Australian waters. “It’s fast, technical, affordable and modern. With four or five crew it’s a boat where everybody is fundamental to the team.

“So far in my opinion the Melges 24 is the best race boat in that size, and you see all the good names racing in the class.”

Chairman of RGYC’s Melges 24 World Championship organising committee and Vice Commodore Chris Williams said, “Successful events rely on great teams onshore as well as on-water. We are fortunate enough to have expert volunteers in race management and the social side of regattas, which helps to create the memories and friendships”.

Stuart and his wife Mary travel the world officiating regattas and both were surprised at location’s offerings. “More people and sailors need to know about this place,” said Stuart.

Minister for Sport and Recreation, Hugh Delahunty said it was an honour to host the 2014 Melges 24 world championship in Victoria.

“Events such as these place the international spotlight on our great state, provide a significant boost to sport at a local level and are a driver of tourism and inject investment into our local communities.

“It also provides a wonderful opportunity for Victorian’s to see the world’s best in action.

“Securing the 2014 Melges 24 World Championship, the first to be held in the Southern Hemisphere, reinforces Victoria’s reputation as Australia’s sporting capital and sailing destination and is something the Coalition Government is proud to financially support. “

The Melges 24 class has come of age and tonight at the RGYC’s gala dinner and awarding of trophies a birthday cake will be cut to mark 21 years since the class was founded. 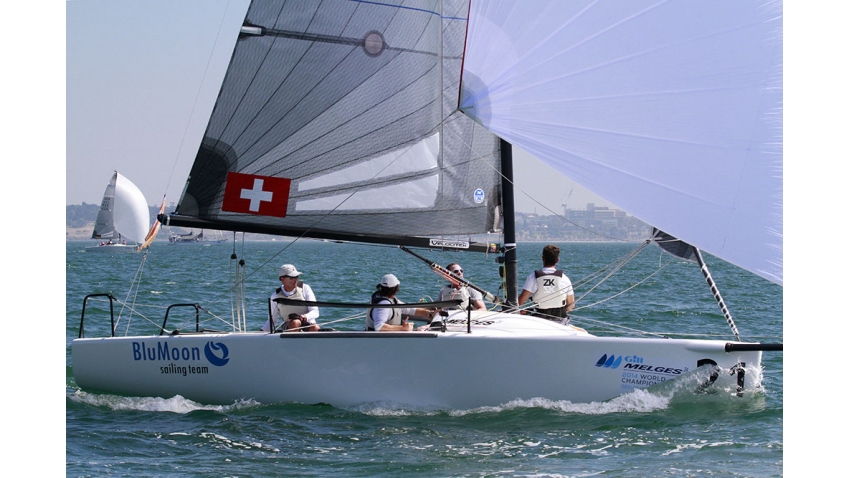 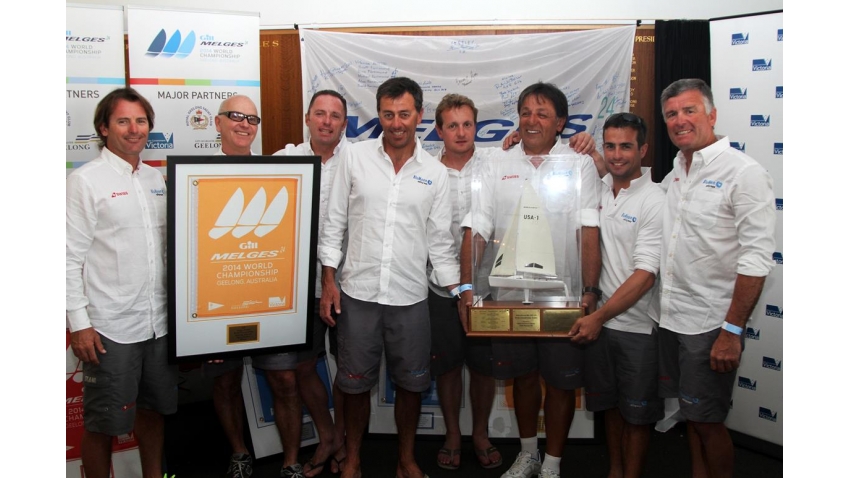 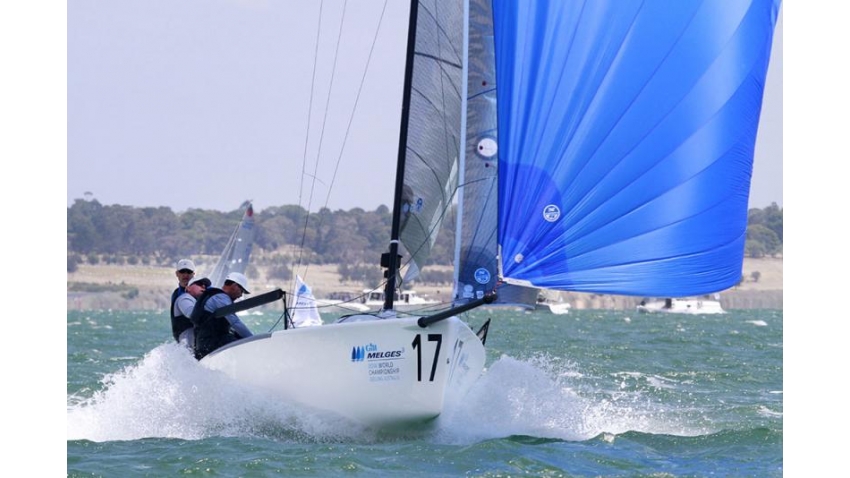 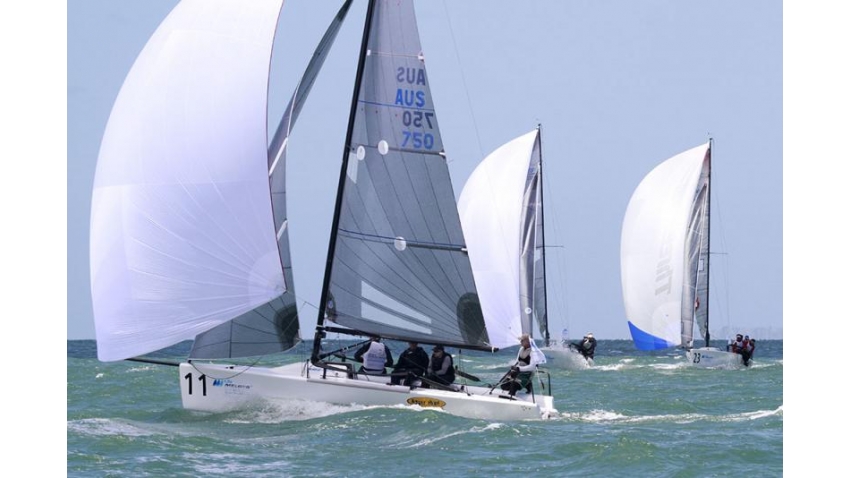