The Balatonfüred Yacht Club and MVM SE in co-operation hosted Granini-Groupama Melges 24 Open Hungarian Championship on September 24-27. Seven local teams were competing for the title and the champion was found out after seven races completed in very tricky conditions through the weekend.

Organizers met both strong winds and lack of wind during four racing days. While on Thursday three races were executed with wind of 15-20 knots, then on Friday even stronger wind did not allow to go to the water. On Saturday the Race Committee led by Benedek Fluck managed to complete again three races, but for the final day the weather was nice for sunbathing, but not so windy for sailing. Barely 5 knots of wind was a hard task for the Race Committee to get any races done, but with some luck and weak but steady wind one race was the balance of Sunday.

FGF Sailing Team HUN728 with Robert Bakóczy in helm and Rozsnyay Domonkos, Takácsy Kristóf, Takácsy Levente, Buza Bence in team were unbeaten throughout the weekend and won the title. Ian Ainslie's Strange Brew HUN392 ended the event on the second place on the podium, bronze medals were achieved by Akos Csolto's Seven-Five-Nine HUN759. 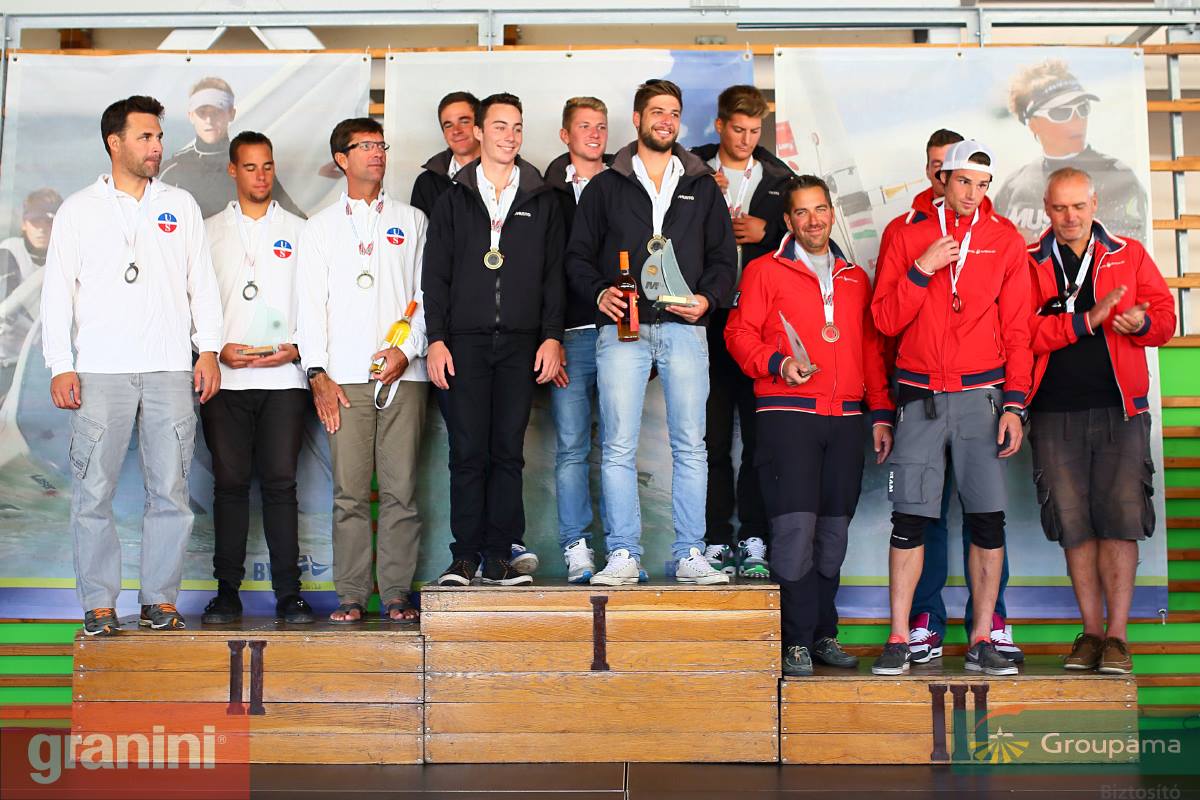 Both in May and now in September Melges 24 / J24 championships in Balatonfüredi Yacht Club sort of framed the season of the club. With a great cooperation of two classes, professional  organization and sailing on the water with a lot of fun and friendly atmosphere ashore these championships will be missed until next season. 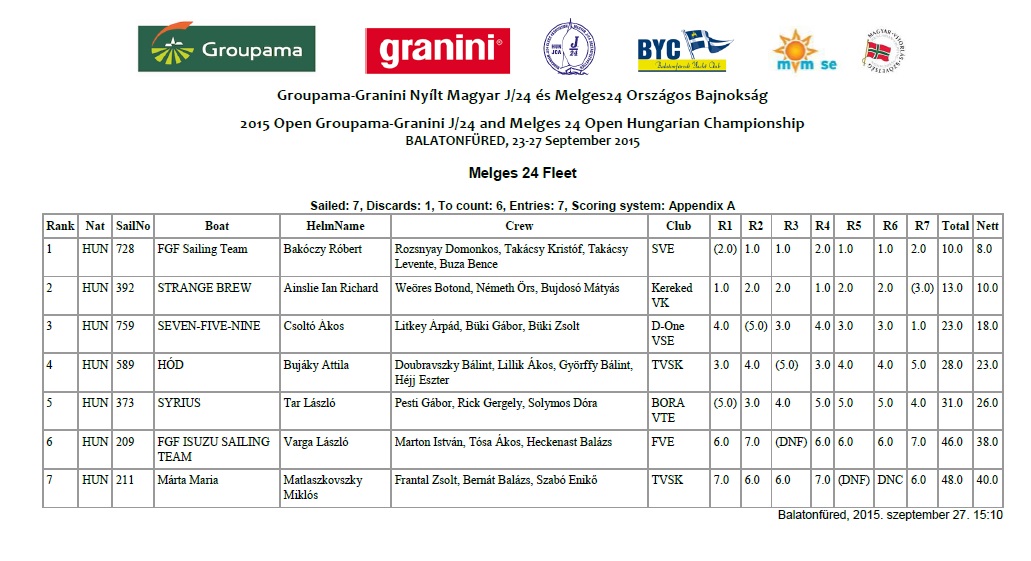