One Event, Three Cups: The Swiss Open Championships 2011 has been held together with the Coppa Lino Favini and the Coppa Memorial Franco Rao. 34 Teams from not less than 9 (!) countries (Italy, Switzerland, Germany, Netherlands, Denmark, Estonia, Belgum, France, Austria) followed the invitation from the organizing Club, the Associazione Velica Alto Verbano (AVAV) to Luino at the lovely Lago Maggiore in nothern Italy. For most of them, the event was one of the last options to race their Melges 24 in 2011.

The racing on the first two days was characterised by a strongly shifty breeze from the South up to 15 knots of windspeed. On the third day, the crew had to get up very early to catch the moring breeze from the north. It was worth taking the fresh wakeup-call by the first wave breaking, as the series was completed by two very nice races in a strong and steady breeze.

The series saw a dominating peformance by Franco Rossini's Team Blu Moon with local hero Flavio Favini at the helm, supported on board by a whole load of experiance in the persons of Tiziano Nava, Matteo Ivaldi and Claudio Celon. With a chartered boat, Team Blu Moon took the line honours in every single race of the series, partly with a very large protection lead. The Swiss-Italian Team have again been awarded as Winner of the Swiss Open Championship and Winner of the Coppa Lino Favini.

A strong performance was also shown by Team Altea (ITA 735) with Andrea Racchelli on the helm. Also this crew comes from the Lago Maggiore and could profit from the advantages. Third became italian Team Maidollis (ITA 822) with Giovanni Pazzati beating Germany's Team No Woman no Cry with Kicker Schäfer (GER 582) by just one single point. As Winner of the Corinthian Division Jeco Team (ITA 638) with helmsman Marco Cavallini has been honoured with the Trophy Memorial Franco Rao. They ended up as 6th in the overall ranking. 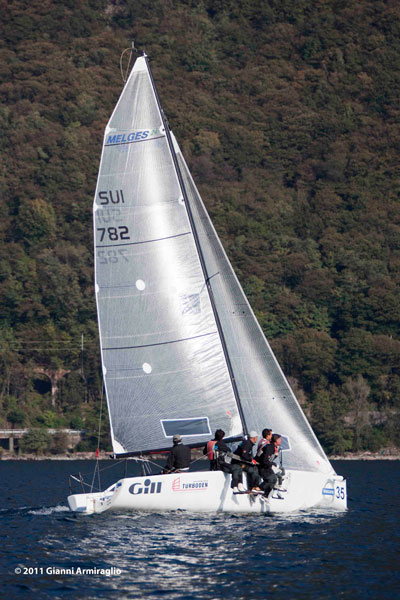 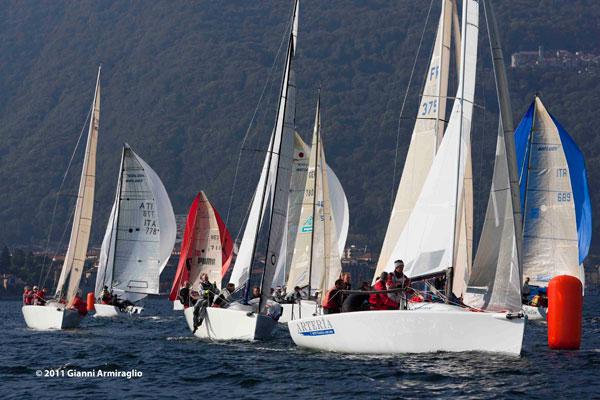 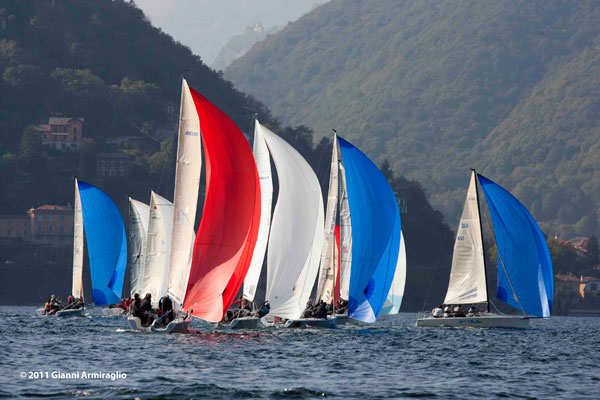 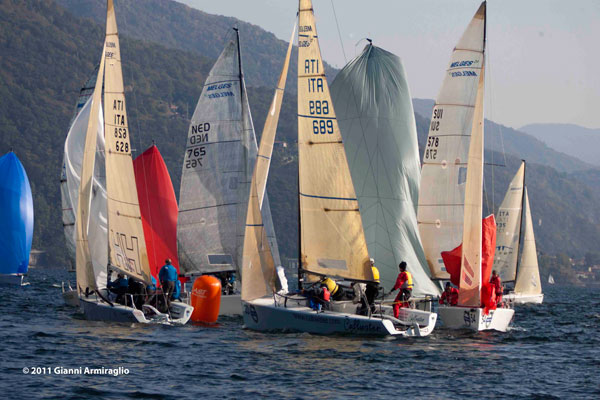 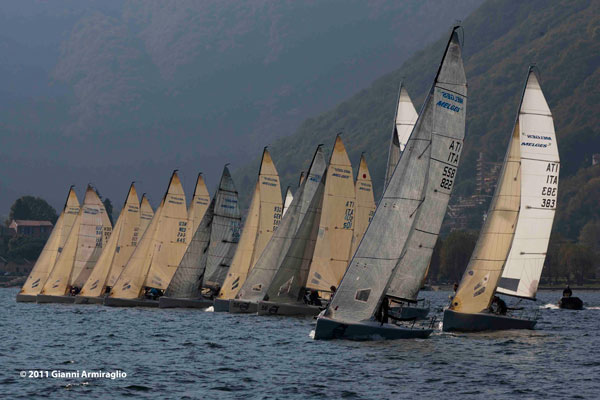