A stark contrast to the first three days of the event, which saw light and fluky conditions as well as significant challenges for the race committee, the final day compensated in a big way with strong 18-23 knot winds and large swells.

While the talented fleet was able to manage the gnarly conditions, the day was not without carnage, with Dan O'Connell's Kowabunga breaking its mast and Doug Watson's Rank Bajin suffering a torn mainsail clew.

But it was Robin Deussen and his experienced crew of Nick Deussen, Andy Dyer, Matt Hansen and Rachel Paterson who shone in the blustery conditions to finish with three wins – eight points ahead of second place after heading into the day with only a one-point buffer.

He heavily praised the work of his crew, who have all been sailing together for Melges 24 regattas since the 2014 Worlds in Geelong.

"We sailed really well today – I've got a really good crew, they just do everything right I can just do whatever I want and they just fix things for me,” Robin Deussen said. "They're all good sailors in their own right ... we all know what each other's thinking and we try and commentate the race the whole way through so everyone knows exactly what's going on.”

He also acknowledged the quality of the sailors in the class, which makes it a real challenge trying to come out on top.

"The class is good, even though the fleet was quite small this year, the quality was really good – I mean, having Sandy Higgins, Dave Alexander, Kevin Nixon, Pete Kendall, and all the others, they're all good sailors but it's the one-percenters that are the key," he said.

"If you can't sail under pressure don't get in this class, that's the beauty of it."

Finishing in second overall was Sandy Higgins and his team of Alex Higgins, Jason Webb, Doug Nairn and Lauren Thredgold on Scorpius.

The Scorpius team suffered spinnaker halyard issues during the first race yesterday, so decided to head ashore and commit to discarding that race to ensure they could fix the issue and be back out for the next two races.

It proved the difference for second place as the fast-finishing team on The Farm, skippered by Dave Alexander with crew Joal Mackenzie, Peter Royle, Jonas Barrett and Issy Royle, brought it right to Higgins and only finished in third overall on a count back.

New South Wales team Amigos, skippered by Peter Kendall, were definitely a chance at shaking things up heading into the final day, but unfortunately didn't quite have what was needed to match it with the South Australian teams in classic Adelaide conditions.

The event concluded with a total of eight races and some celebratory dockside beers – a Melges 24 class tradition in Australia.

For full results head to www.melges24aus.com.au

Video highlights of the final day by Down Under Sail 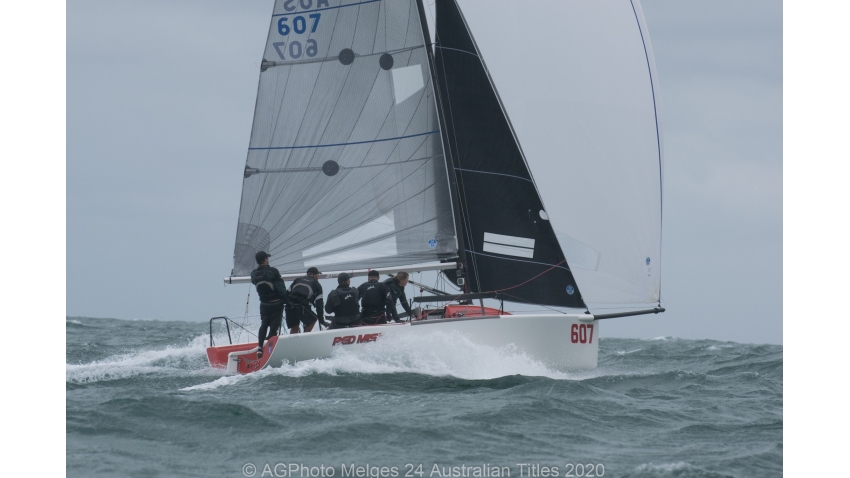 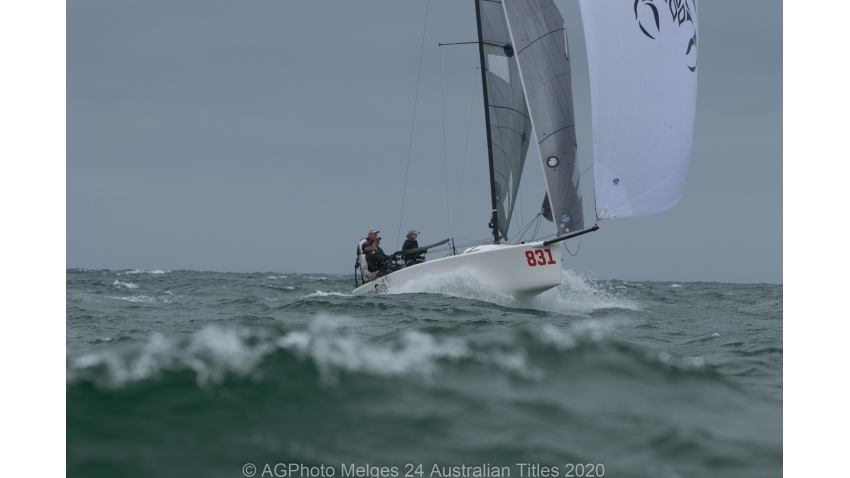 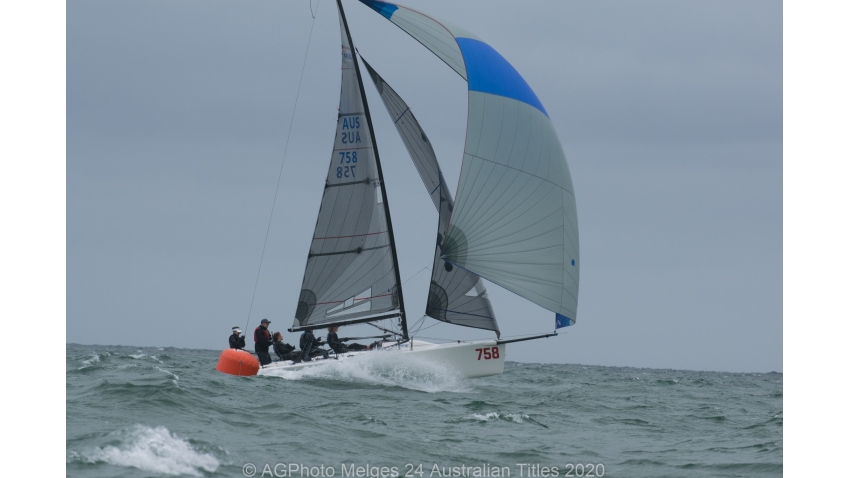 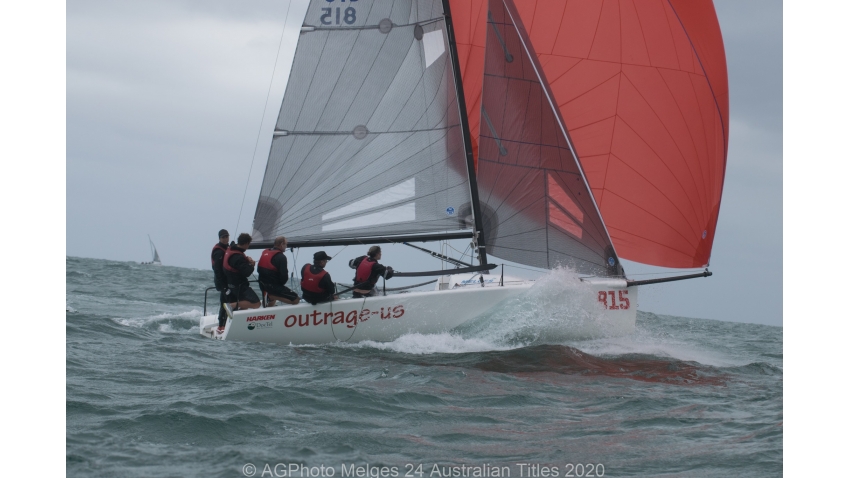 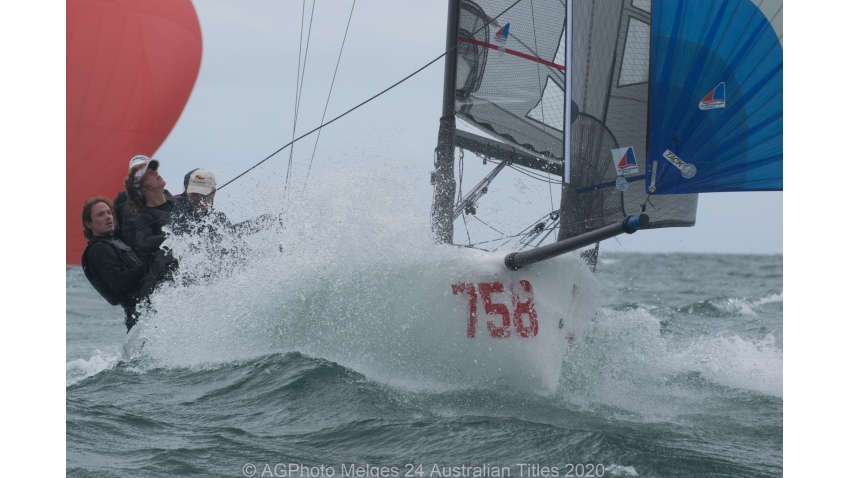 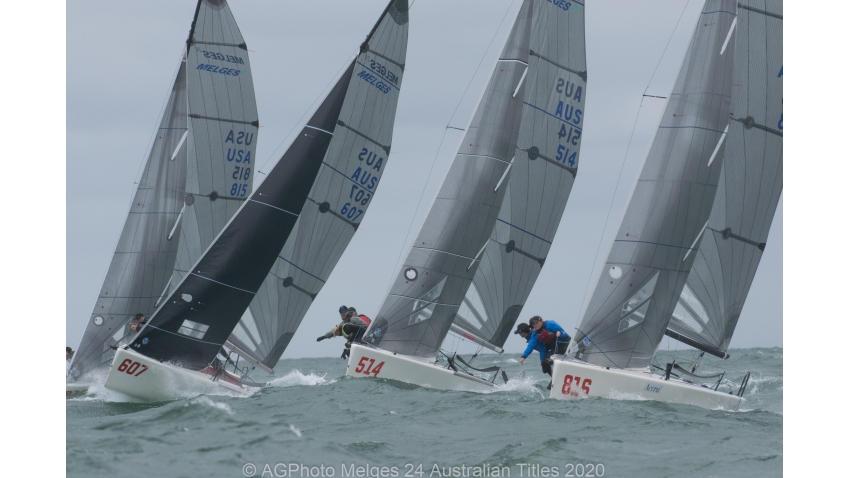