August 24, 2016 - Skive, Denmark - 23 boats from 4 nations (Denmark, Norway, Sweden and Germany) competed in the Open Danish Championships that took place in Skive, mid Jutland August 19-21. The event was hosted by Skive Yachtclub in cooperation with Maritim Center Skive, who managed to run an event that worked well both on the water and socially. 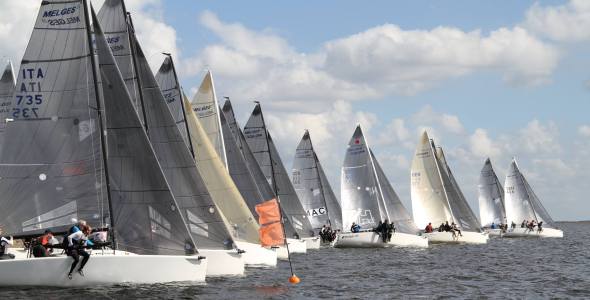 The Limfjord around Skive is known as one of the windiest areas in Denmark, but during this event, the usual low pressure SW winds were replaced by a variety of other wind directions and wind speeds. 11 tactical and close races were finished over the three days, and with only one boat winning more than one of them, there were constantly hard fights for every single position.

After 11 races sailed the victory of the 2016 Melges 24 Danish Open Championship went to DEN 782 Soffe with Kim Kristensen helming! Silve medals were earned by DEN 612 Melges.dk with Kris Houmann in helm and the podium was completed by DEN 634 with Marc Wain Pedersen in helm. However the second by the results was MAS Wolfpack Racing NOR283. 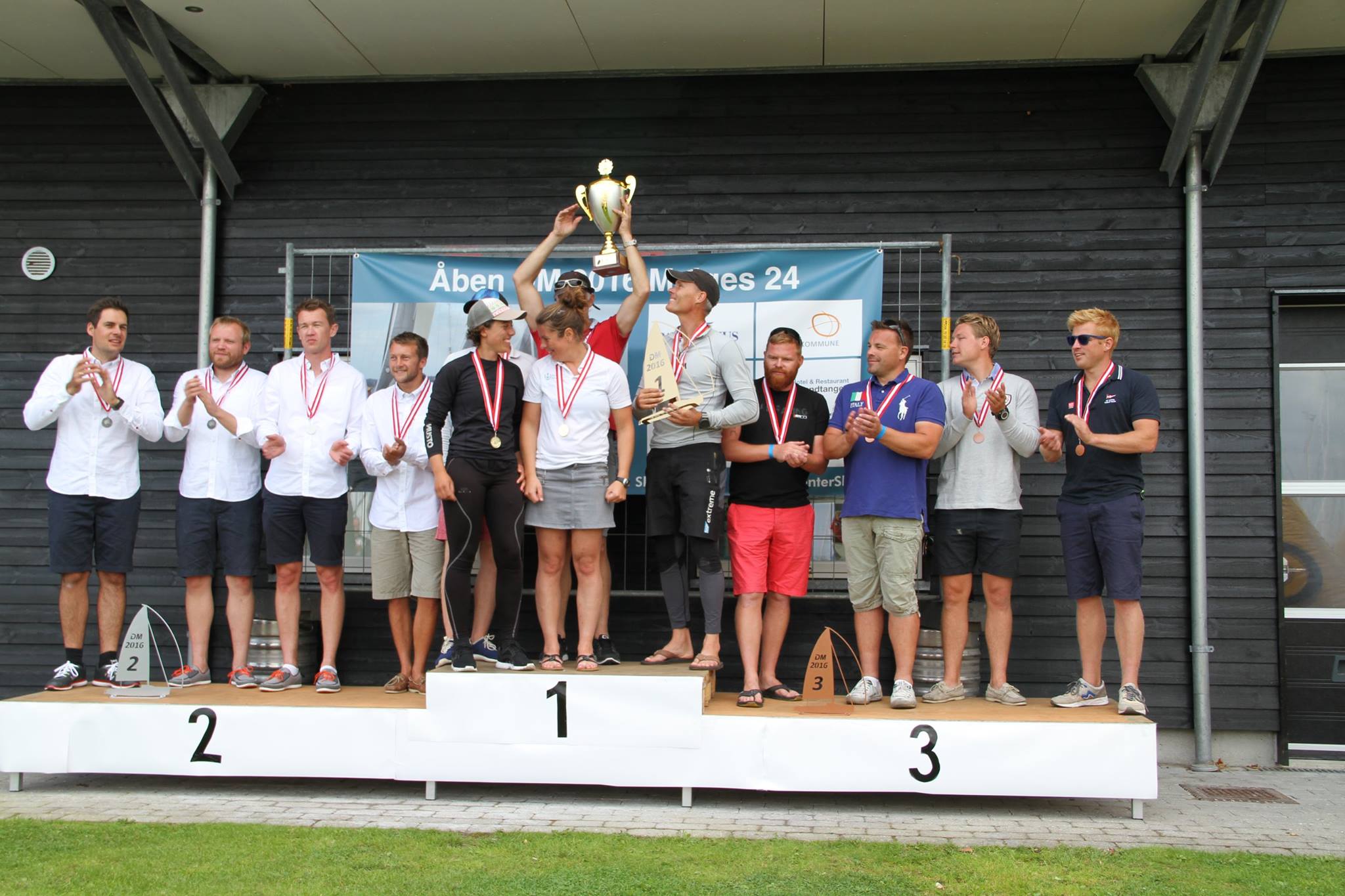 Board member Torben Kornum from the organizing body was impressed with the level of racing: 'It was a pleasure for us to host the Melges 24 class here in Skive. The racing was very exciting with lots of fighting and great boat handling, and we were impressed that the races were finished without a single general recall or protest. The attitude of the sailors is indeed outstanding.

Many local sailors got inspired from watching the races, and we expect at least one or two local teams to be looking for used boats in order to enter the class from 2017. We have told the Danish Melges 24 class that we are ready to host many future races in the years to come.'