November 19, 2019 - Pensacola FL, USA - The three teams leading Pensacola Yacht Club’s Melges24 Atlantic & Gulf Coast Championship aka the Bushwhacker Cup after Day 1 were confirmed as the three podium finishers on Day 2. The one race that PRO Hal Smith got off the line saw the leaders in front, bow to bow, in clean air after each made a quick tack to Port in the middle of the line. Then the general recall horn sounded. 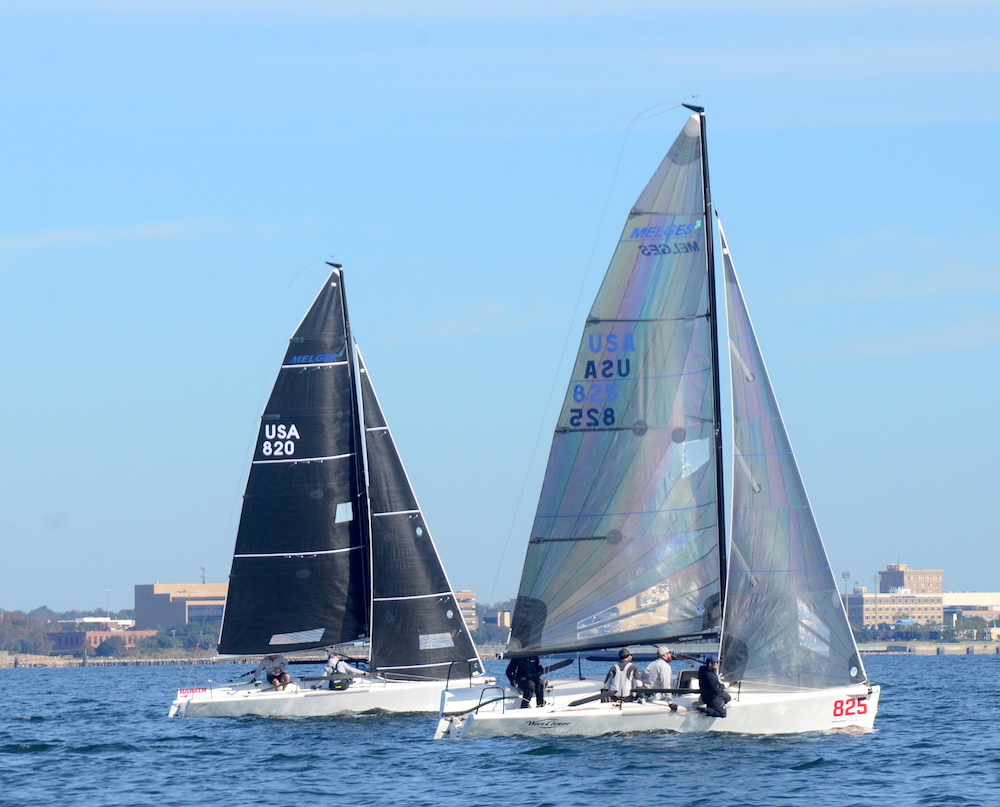 Unfortunately, predictions for close to zero wind for Sunday on Pensacola Bay came true. A rare event. The wind died just after that start. Thus the recall. About 15 minutes later, Smith went on the radio and announced to the fleet and spectators that he wouldn’t keep the boats drifting aimlessly out on the bay. Sunday’s racing was abandoned, so Saturday’s five race results were final for the regatta. 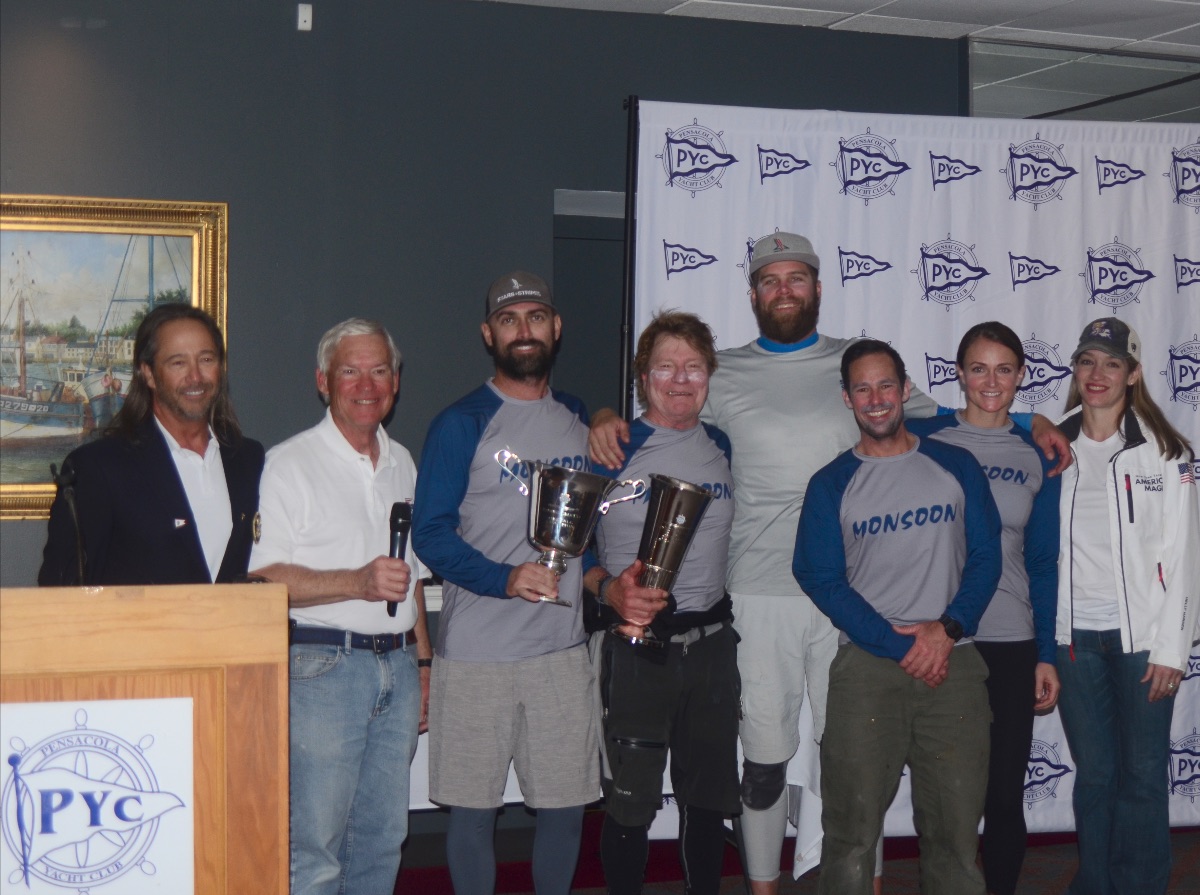 Ayres and Monsoon are the reigning champion of the Bacardi Winter Series. In accepting the award, Bruce Ayres, owner and driver said, Saturday was a hard day, the race committee got five races in and I was kind of blessed that the wind shut off today. I could hardly [race more].”

Introducing his crew the Californian said, “This crew is my second family…. We keep track of each other. If I miss a beat on Monsoon, I know it. They are on my [you know what].” 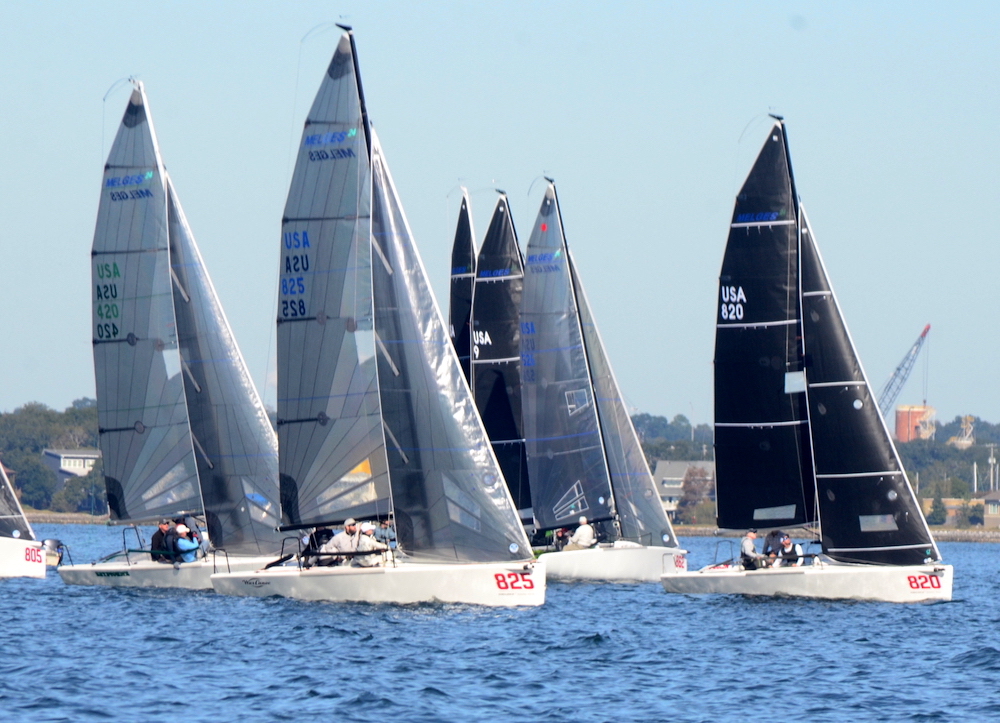 Gulari, a former Melges24 US National Champion, spent the 2018-19 sailing American Magic’s Mule on Pensacola Bay. That almost makes him a local, certainly he has local knowledge. In the final race that was recalled Gulari and Kelly Shannon, a Lake Lanier Sailing Club sailor from the Atlanta GA area, sailed Shaka [USA 801] to third place with scores of 3-4-3-4-5 for 20 points. He commented on his first time on Pensacola Bay. “We are lake sailors and we enjoyed the flat water in the bay Saturday. Melges24’s do well in these conditions.” Sailing with Shannon were Ben Lynch, Elizabeth Lynch, Jackson Benvenutti, and Tommy Sawchuck.

PRO Hal Smith, Pensacola Yacht Club’s Fleet captain, managed the courses in the shifty northwesterly breeze to perfection on Saturday, Day 1. The highest steady wind Saturday was around 11kts and the lowest was 5kts, “With less than that in the holes.” Smith said. “Our target was to run 40-minute races today. Only one of the five ran over that… around 58 minutes.” Sunday winds went to below 2 Knts and stayed there. 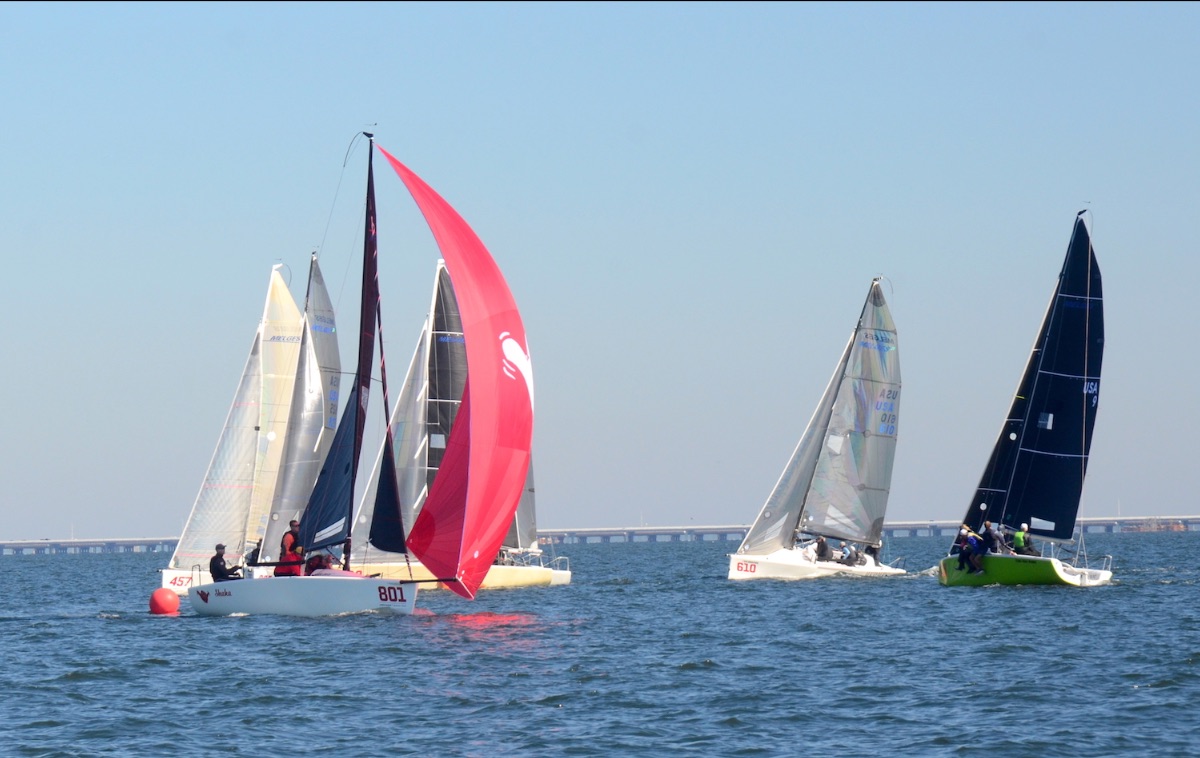 Corinthian sailors are Integral to the Melges24 class. Steve Suddath in Up for Debate was top corinthian in the Atlantic/SE region. Glen Tonguis in Kryptonite was top Gulf Coast Corinthian and the Ratliff’s Decorum was the best corinthian for all the other regions.

“Pensacola Yacht Club,” Hal Smith said, “will be contacting each skipper for suggestions about how we can improve the event and even the timing. Our plan is for this regatta to be the annual feeder event for the Bacardi Winter Series.”

By all measures the First Annual PYC Melges24 Bushwhacker Cup was a success on and off the water. Burgers for lunch and free Bushwhackers were served as the final treat.