The 11th edition of the Lino Favini Cup (Coppa Lino Favini), which was considered also Melges 24 Swiss Open Championship 2014 and Italian Melges 24 Series Act was held on the waters of Lake Maggiore off Luino on October 10-12. At stake was the trophy what like in last year, was achieved by a local crew, Franco Rossini’s Blu Moon with Flavio Favini in helm, who was happy to race in the competition dedicated to his father. 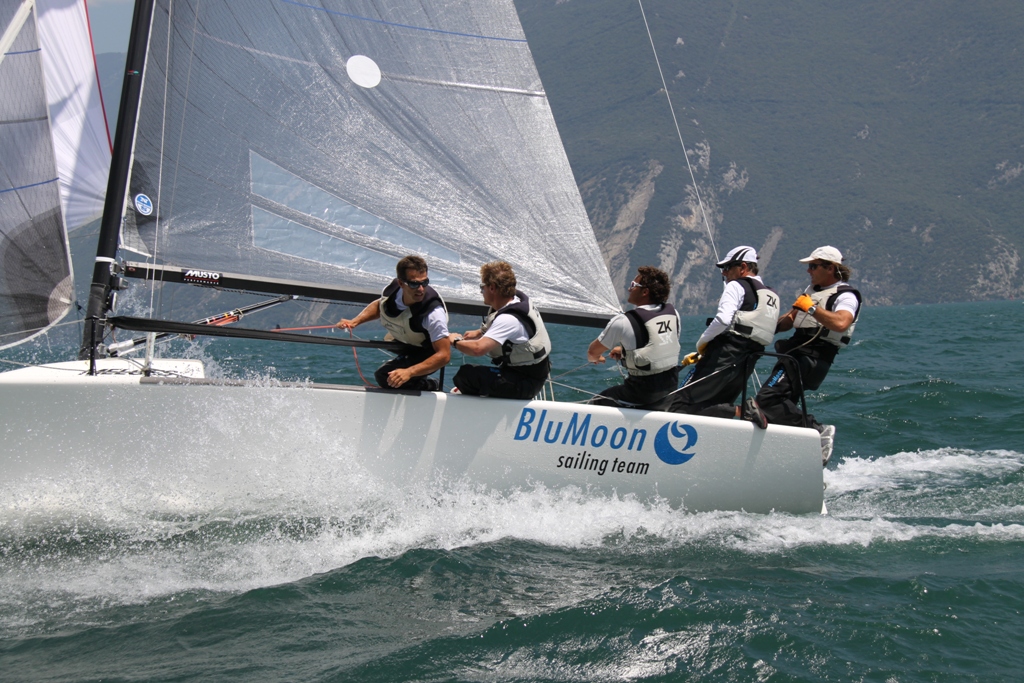 Alto Verbano set up a big screen (in collaboration with the Trac Trac company) to follow the racing in live thanks to the GPS tracking. The local organizers were happy to see 19 boats in total from Switzerland, Italy, Hungary and Germany racing at the competition.

Seven races in total were executed accompanied with a number of side events during the weekend. With a stylish series of 1-6-1-1-1-1-1 and 6 points in total Franco Rossini’s Blu Moon SUI-825with Flavio Favini’s team was happy to win the local competition followed by Andrea Racchelli’s Altea ITA-735 with 13 points in total. The third place on the podium was achieved with 22 points in total by Andrea Amati’s Wadadli ITA-633. 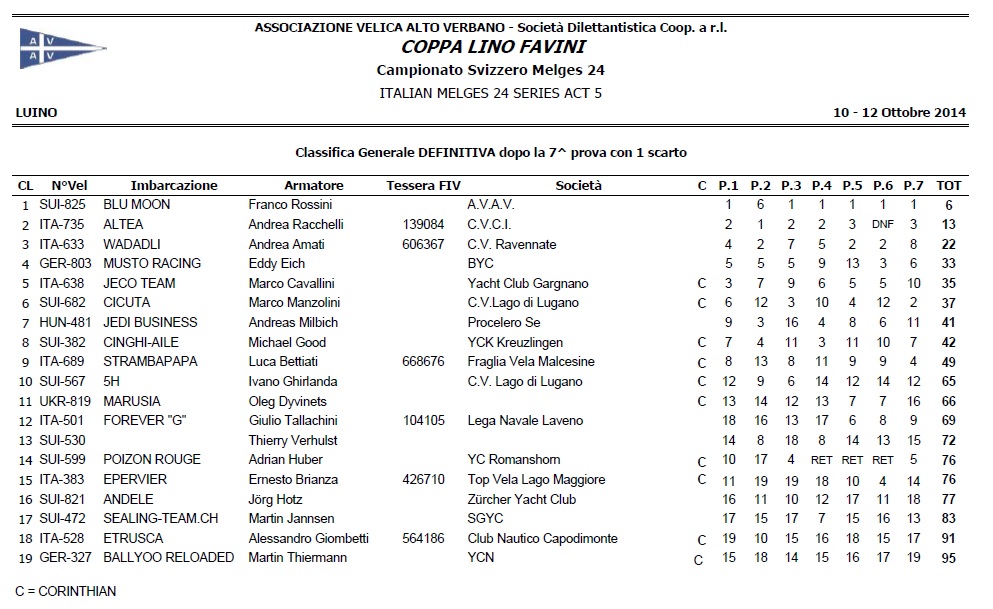