09 May 2014 - Balatonfüred, Hungary.  The MKB Bank Melges 24 European Championship title was decided in the tenth and final race of the week-long series on Hungary's Lake Balaton today when Franco Rossini's Swiss entry 'Blu Moon'- the reigning World and European Champions - match-raced their closest rival Matteo Balestrero from Italy on 'Giogi' to the back of the fleet to claim the title for the second consecutive year.

Despite Balestrero's best efforts to extract 'Giogi' from the vice-like cover inflicted by Matteo Ivaldi at the helm of 'Blu Moon' throughout the race, after three legs of sailing around at the back of the fleet, the Italian skipper finally accepted defeat and both boats retired from the five-leg race.

Soon after, the elated 'Blu Moon' crew held up the hand written message "Forza Flavio"on the back of their hatch cover - a tribute to regular 'Blu Moon' helmsman, double Melges 24 World and European champion Flavio Favini, who had to miss this championship due to injury. 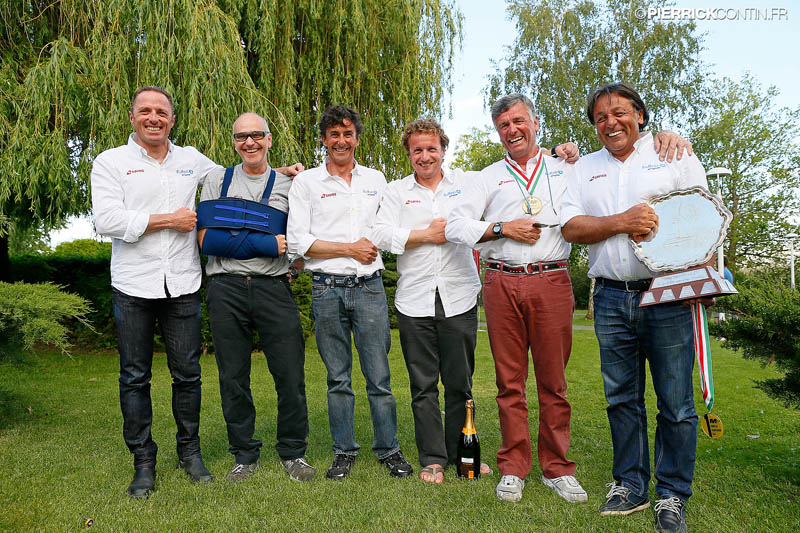 Meanwhile, an eleventh place in the first race of the final day was good enough to keep South African helm Ian Ainslie on the Hungarian boat 'Strange Brew' in third place overall. 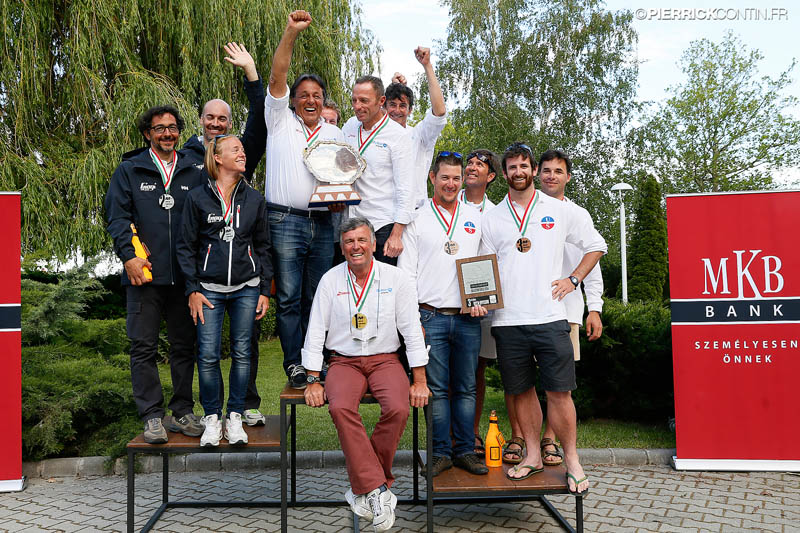 After a disappointing regatta by their standards, Norway's Oyvind Jahre on 'Storm Capital Sail Racing' returned to more normal form to win the first race of the day, with Italy's Carlo Fracassoli on 'Maidollis' winning the final race.

A second place in the final race of the championship for Italy's Riccardo Simoneschi on 'AUDI' sealed overall fourth place for him ahead of Great Britain's Geoff Carveth on 'Gill Racing Team' in fifth.

Estonian sailor Tõnu Tõniste at the helm of 'Lenny' closed out the Corinthian Melges 24 European title in style, winning by 12-points and in the process finishing in eighth place overall in the main fleet.

Second in the Corinthian division was Denmark's Peter Warrer on 'Salty Dog' who also finished thirteenth in the main fleet.

Two points behind Warrer in the third Corinthian spot was another Dane, Kris Houmann on  'melges.dk', who finished fourteenth overall.

Having led the main fleet for almost all of the first race today and only dropping to third overall on the final downwind leg, Finland's Tomi Hakola was the comfortable Corinthian winner in that race.

Italy's Alfredo Capodanno on 'Marrakech Express' was the top Corinthian in the final race.

Winning 'Blu Moon' tactician Gabrielle Benussi said he and the crew had needed to be on the top of their game to win the title this week and paid tribute to the quality of their rivals on 'Giogi', who he said had pushed them hard all regatta.

"It's been a great championship as usual," Benussi said. "Today the match-race against Giogi was very close and we had to be at our best to get ahead of them and keep them behind. We are very pleased to win and we are all thinking about Flavio and hope he will be well enough to sail again soon."

Corinthian winner Tõnu Tõniste from Estonia said he and his crew were very happy to claim their third Corinthian European Melges 24 title. 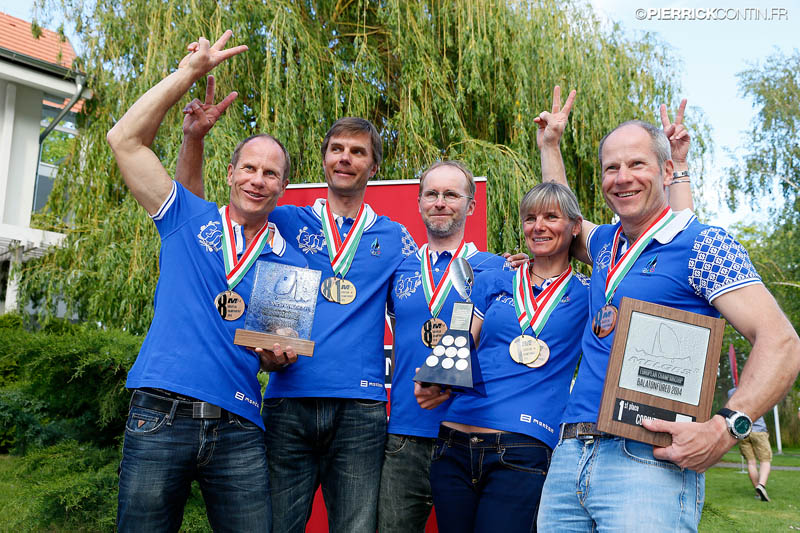 "It was tricky sailing on the Lake Balaton," Tõniste said."The weather conditions were difficult, complicated and unpredictable. We were glad and happy that the Corinthian title was ensured before the final race. We are very happy about our overall result and especially about the Corinthian title as we were so close to it last year. Beyond all question it was a great and very well organized event here in Balatonfüred!" 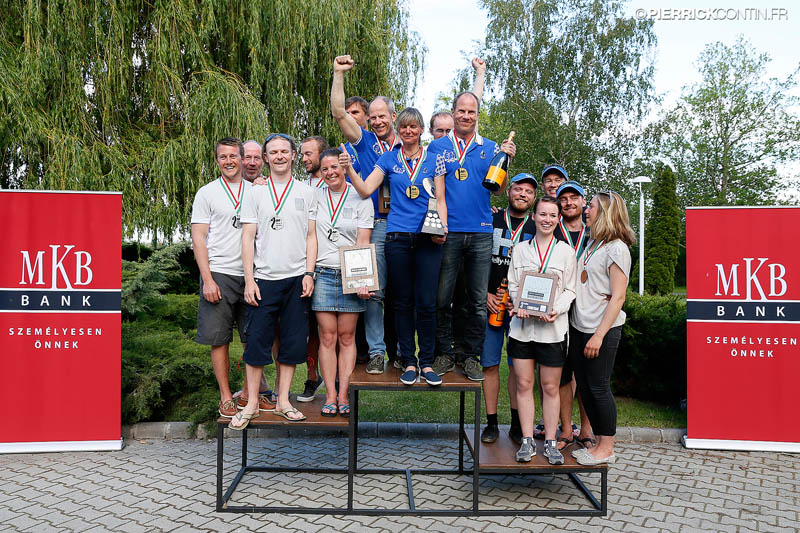 At the championship prize giving this evening International Melges 24 Class Championship Coordinator thanked the MKB Bank Sailing Club and the regatta title sponsor MKB Bank for organising a great championship and welcomed all teams to the next Melges 24 title event - World Championship 2015 to be held in Middelfart, Denmark.