All to play for at Bacardi Winter Series Event 2 in Biscayne Bay, Miami

Hosted at Shake-A-Leg-Miami (SALM), three days of racing will pitch the provisional entry list of over fifty teams against each other and the ever challenging race track of Biscayne Bay.

Across the class talent pools there are plenty of well-known faces as well as Olympians fresh from Tokyo, including Stuart Bithell (GBR) who won Tokyo Gold in the 49er, along with Chris Grube (GBR) and Dave Hughes (USA) who competed in the 470 in Tokyo. Amongst the Olympic back catalogue are names such as Luca Calabrese (ARG) who won 470 bronze at London 2012 and two-time Olympian Jason Saunders (NZL), to name just a few of the other recent Olympians who will line-up against World Champions and sailing legends.

“We are really pleased to welcome such a depth of talent to compete at Bacardi Winter Series event 2,” said Eddie Cutillas from Bacardi USA. “The sun will be shining, the breeze looks set to deliver and the stage is set for a spectacular event both on the water and ashore.”

It was Grondin though who won the opening Bacardi Winter Series event 1 in December 2021 and will be pumped for a second victory as she earmarks her journey to the finale at the Bacardi Cup Invitational Regatta in March 2022.

These three teams regularly battle it out at the front, and their recent encounter last week at the Southernmost Regatta in Key West saw Duncan came out on top with Grondin in 3rd and Gulari in 4th. Past performance is no guarantee of form for the weekend ahead though, although they will likely be in the mix at the front of the leader board along with many other big players.

Over twenty Melges 24 teams will compete, with racing scheduled to get underway each day at 1100 hours, followed by the J/70 starts, with two daily races for each class. 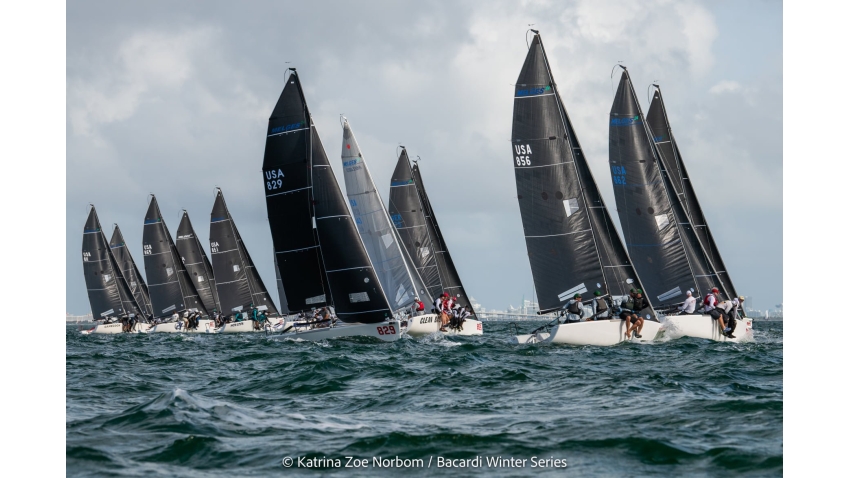