October 25, 2022 - Genova, Italy - Strambapapà (today 1-3-7) is the first leader of the 2022 Melges 24 European Championship, an event organized by the Yacht Club Italiano in collaboration with the International Melges 24 Class Association and the Italian Melges 24 Class. The team of Michele Paoletti, with Giovanna Micol as tactician, took the lead thanks to the excellent interpretation of a race course made challenging by the swell, a residue of the strong wind that blew until last night, and by the east-southeast breeze unstable in intensity: conditions that promoted to the top of the ranking list the most experienced crews, or at least capable of brilliant boat handling. 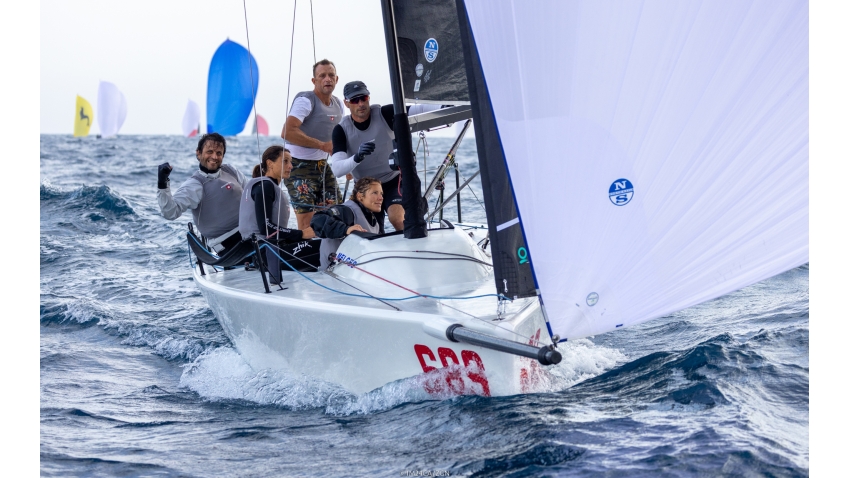 Here, then, in Michele Paoletti's wake, trailing by only three points, are the defending champions of Altea (4-2-4) who, led by Andrea Racchelli, are currently holding off the Croatians of Univesritas Nova (2-11-2), with Ivan Kljakovic Gaspic at the tiller, by five lengths. Near to the provisional podium are the Americans of WarCanoe (6-4-6), skippered by Michael Goldfarb, and Paolo Brescia's Melgina (9-3-7), winner of last year's Melges 24 European Sailing Series. 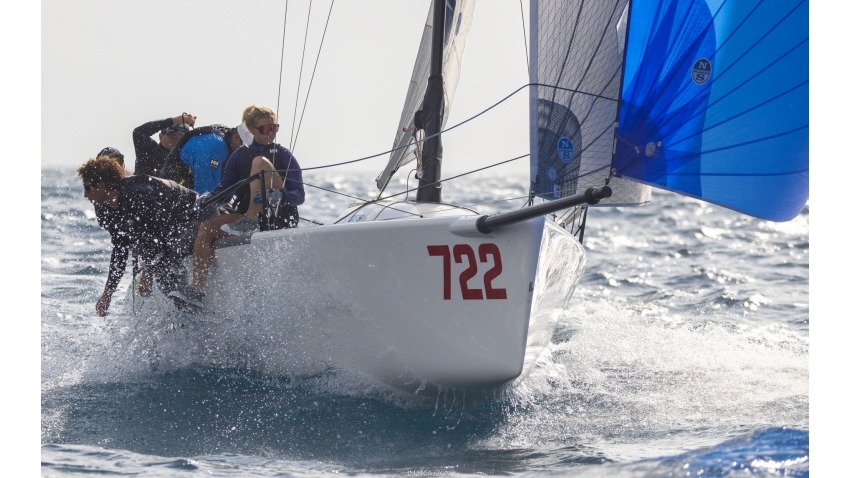 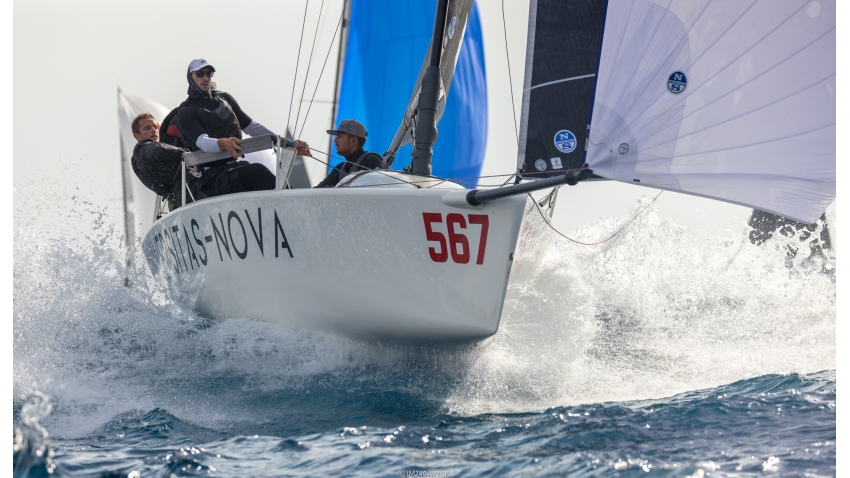 Doing very well were the Norwegians of Lisa-Helly Hansen (10-5-13) who, led between the buoys by the experienced Kristofer Spone, among the protagonists of the first Melges 24 Worlds in 1998, were back on their own among the buoys of a main event of the class, to the point of occupying sixth place in the provisional ranking. 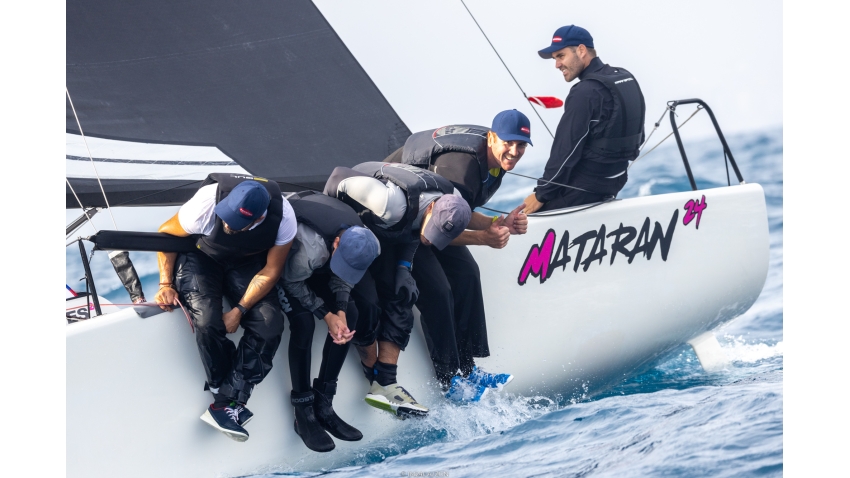 Looking at the Corinthian rankings, after today's three races the best is Ante Botica's Mataran 24 (16-9-5), very adept at getting back into the game after a subdued first race and currently holding seventh place overall. He is followed by the former World and European champions of Taki 4 (1-7-31) of Marco Zammarchi with Niccolo Bertola helming, who sees his ranking penalized by the thirty-first place he took in the third race, and Michael Tarabochia's White Room (14-25-1), steered by Luis Tarabochia, winning the last race of the day.

Thanks to the results filed this afternoon, the Melges 24 European Championship 2022 is to be considered valid and will resume tomorrow starting at 12:30 p.m. in the face of weather conditions that are expected to be lighter than today's.

Quotes of the day

"It was a very good day for us and it was by no means a foregone conclusion that it would be, given that it opened with the breaking of the backstay batten, which occurred before the initial race. Sailing with Michele Paoletti and Giovanna Micol always takes on the traits of a learning experience. Just today Giovanna was great: thanks to her calls we won the second race by steadily increasing the margin and managed to save the third race after a bad start" commented Pietro Perelli, trimmer of Strambapapà.

"We are coming back from a very difficult day: we are not used to sailing in such pronounced waves and in the first race we struggled more than expected to get in phase with the conditions. As time went on, we managed to get the measure of the race course and performed at our best, getting into the top ten" explained Ivo Matic, tactician of Mataran 24, current Corinthian leader.

Photogallery of the Day - © Zerogradinord