March 05, 2021 - Charleston, SC, USA - The Organizing Committee announces the cancellation of the 2021 Melges 24 World Championship, that was expected to be held in Charleston, SC, USA on April 9-17. With the increased restrictions being put in place to manage the further spread of COVID-19, cancellation is the only possible outcome at this time. The organizers deeply regret this situation with addressing the message of Laura Grondin, the Chair of the International Melges 24 Class Association.

I have an update on our World Championship scheduled for April 2021.  In sum, we have reached the point where we can no longer designate the event a World Championship due to the closing this week of the US borders to international sailors.  In its place, we have decided to hold a world class event;  it will be called the Melges 24 Gold Cup.  Will you still come and test your skills against some of the best in the class?  A revised notice of race will be forthcoming.  While you now have the general idea of what is happening, I hope you will read the rest.

We have had to make decisions along the way to proceed with the championship in spite of the global pandemic.  I have said from the beginning that international sailors need to be able to reach the US for us to be able to host a world championship.

Even back in January and as recently as last week, it was possible for some (not all) sailors to be able to attend and obtain permission to travel to the US.  I wanted the event to happen for the sailors who want to sail and for the benefit of the class.  We want you all to be happy, healthy Melges 24 sailors – engaged and provided with opportunities to race one of the best boats on the planet.

Just this week, we encountered insurmountable odds for the hosting and designation of an event that could be called a World Championship.  And, the timing is terrible as people have already committed funds to attend including housing, travel, etc.  There are restrictions in other countries: Canadians face a strict 2-week quarantine upon return IF they can get here; Australians basically cannot leave and the UK now has a strict no international travel policy through May 17.  On March 2nd, the US government specifically issued a further travel restriction to the US for the Shengen countries which comprises most of Europe. There are now no visa exemptions for sports people as existed earlier in the year.

The local organizing committee led by Randy Draftz has agreed to go forward and host a Gold Cup event following Charleston Race Week which will be highly competitive and worthy of your attendance.

Before concluding, I’d like to thank all of those who committed to participating in the Worlds and those international sailors who have been working hard to obtain permission to come to the US.

Finally, I am grateful and appreciative of the volunteer international Executive Committee for their commitment and passion for this class; we have spent many hours discussing the best course of action for our sailors and weathering the ups and downs of our global situation.

In the coming weeks, we will present a plan for the next World Championship and beyond.

We have a great boat to sail and an even better group of sailors!

My best to you for your health, safety, and fast sailing, 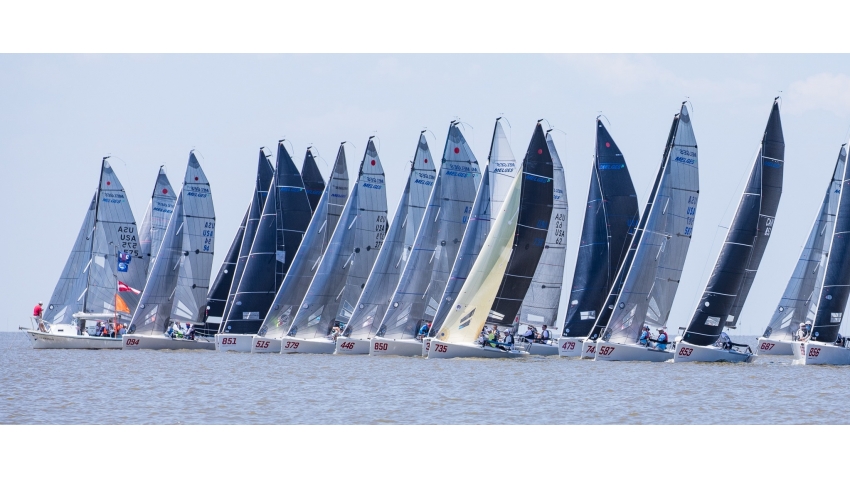 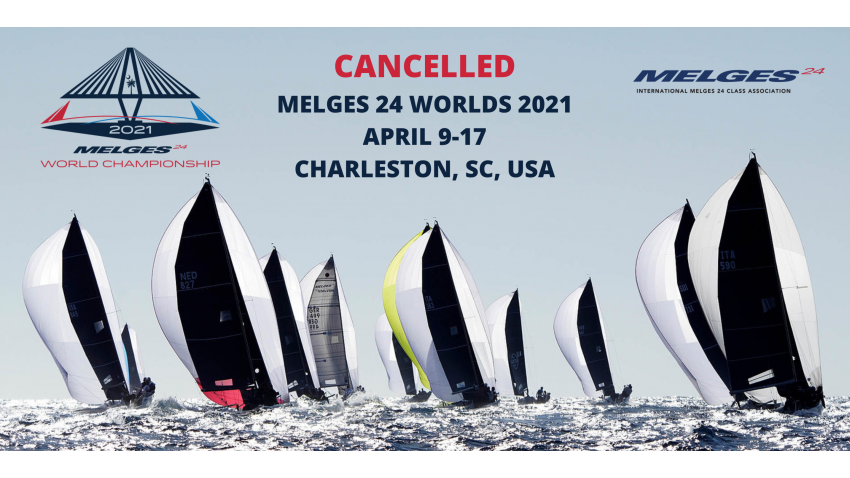 Cancellation of the Melges 24 Worlds 2021