October 3, 2020 - Trieste, Italy - The final stage of the 2020 Melges 24 European Sailing Series is well underway in Trieste, where after the second racing day Peter Karrie’s team on Nefeli GER673 is keeping leading position. His fellow countryman Michael Tarabochia’s team White Room GER677 with Luis Tarabochia at the helm is on the second position as the best Corinthian team.

Fourth and final regatta of the 2020 Melges 24 European Sailing Series was the regatta that opened the 2020 edition of the Barcolana event in Trieste, a regatta organized by the Trieste Society of Sea Sports (STSM) as part of the events related to Barcolana. The Race Committee led by Stefano La Bella managed to deliver four races for the fleet of nineteen Melges 24 teams on Friday due to severe weather warnings for Saturday.

Starting the competition with two third places and getting then two bullets the German team Nefeli GER673 of Peter Karrie took an early lead on Day One, followed by the local champion Michele Paoletti at the helm of Strambapapà ITA689, only one point behind (4-2-2-2). One more point separated the third provisional place of the podium, where Geoff Carveth at the helm of Miles Quinton’s Gill Race Team GBR6894, being also first in the Corinthian rankings dedicated to non-professionals, posted 1-3-4-3.

Saturday morning started with AP flag hoisted ashore since the storm was predicted. After 1 pm Melges 24 fleet went out and managed to get one race in in strong winds of 15-20 knots up to 25 knots gusts. A big swell, very puffy and shifty conditions made racing tricky, but added fuel to the Melges 24 boats, who were plaining in front of big storm clouds and lightning. The Race Committee did a great job and sent the fleet home after one race since the wind started to increase and storm was predicted.

Sergio Caramel's Arkanoe by Montura ITA809 won today's only race. "Yesterday we had some troubles with the settings of the boat and we struggled. This morning we worked a lot on the boat and we found the right setting. We love strong wind, we were fast and concentrated. We did well and we took the bullet,” said helmsman Sergio Caramel happily.

Peter Karrie's Nefeli GER673 managed to keep its leading position having a good battle with Michele Paoletti's Strambapapa ITA689, but managed to finish ahead of his competitor. "We had a nice fight with Paoletti in today’s race until the end, but luckily we managed to cross the finish line first to keep our leading position. It was a very windy day with a big swell and puffs, but we were plaining and for sure it was a spectacular show to see Melges 24 boats speeding up in front of the approaching storm clouds. Our team is really happy and we are looking forward to the finale on Sunday,” said Peter Karrie.

Today the Melges 24 teams will have a gala dinner to enjoy the hospitality of Trieste and Barcolana vibes, since the week of regatta Barcolana was officially opened in Trieste today.

Since the regatta has been scheduled just one week before the legendary Barcolana regatta, then the participants can enjoy the great regatta atmosphere, what Trieste has to offer for the sailors in that period, also for the Melges 24 class in particular. Melges 24 teams are invited to participate at the Barcolana One Design regatta and Barcolana By Night on Saturday, October 10 and then on Sunday, October 11 at the real 52nd Barcolana which in its record year in 2019 attracted 2,689 boats and over 16,000 sailors to the starting line – a great show not to miss!

The websites to find more information 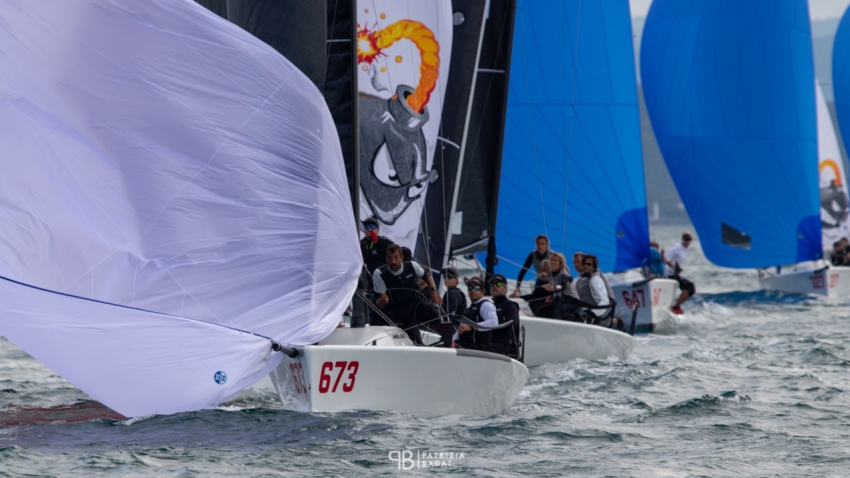 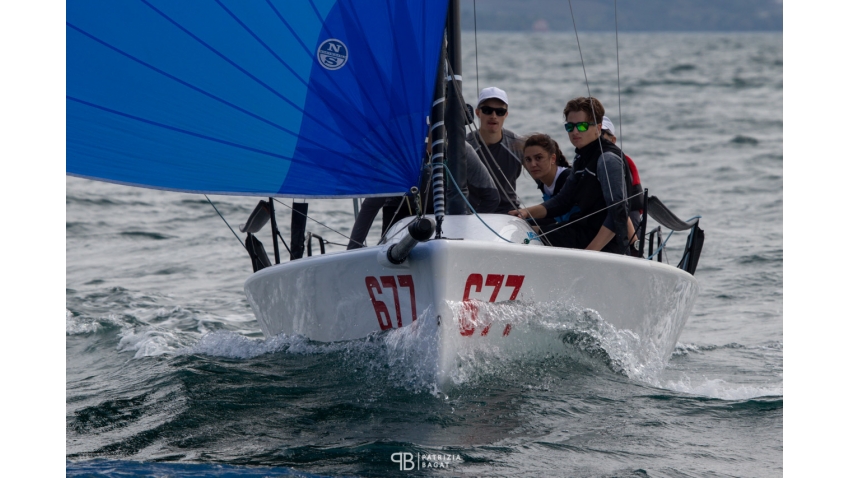 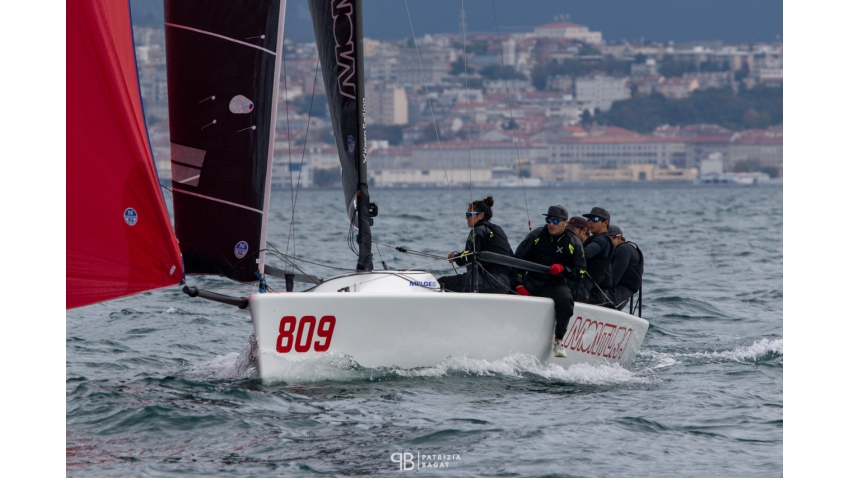 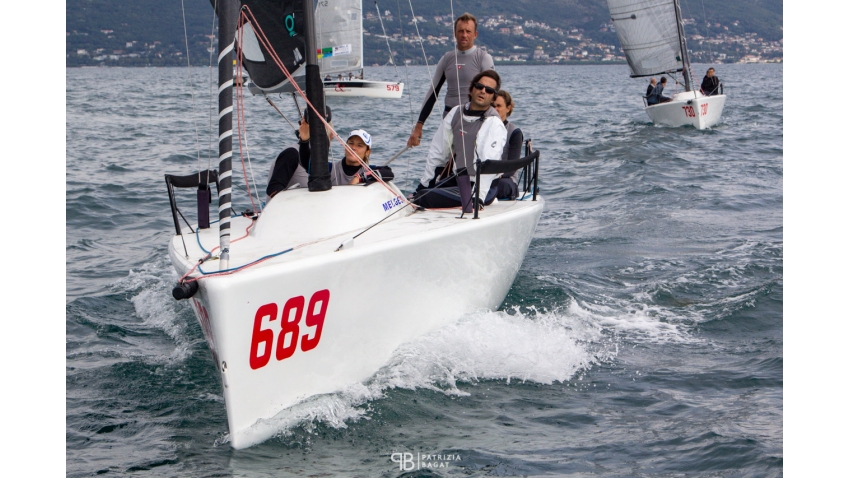 Michele Paoletti's Strambapapa ITA689 had a good fight with Peter Karrie's Nefeli GER673 today, being third in overall rankings in Trieste at the final event of the 2020 Melges 24 European Sailing Series 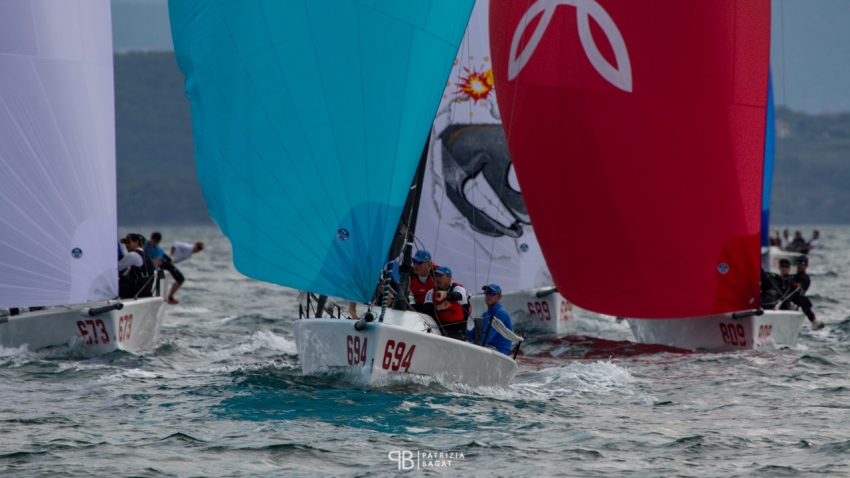 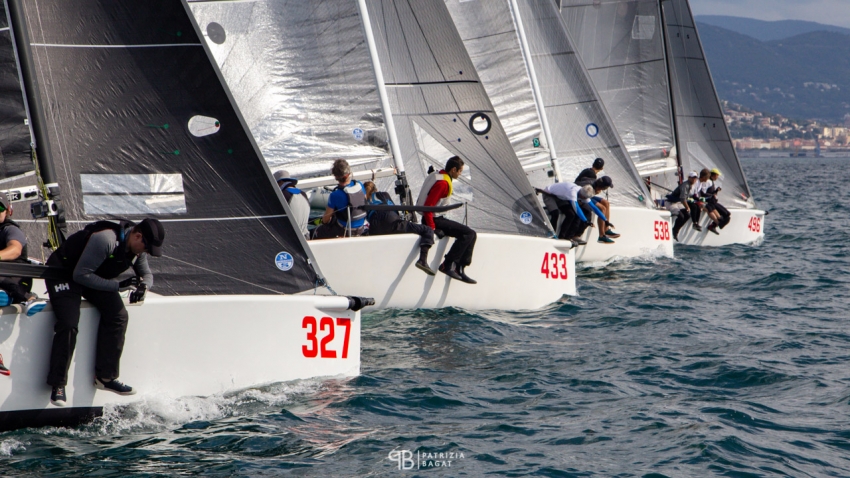 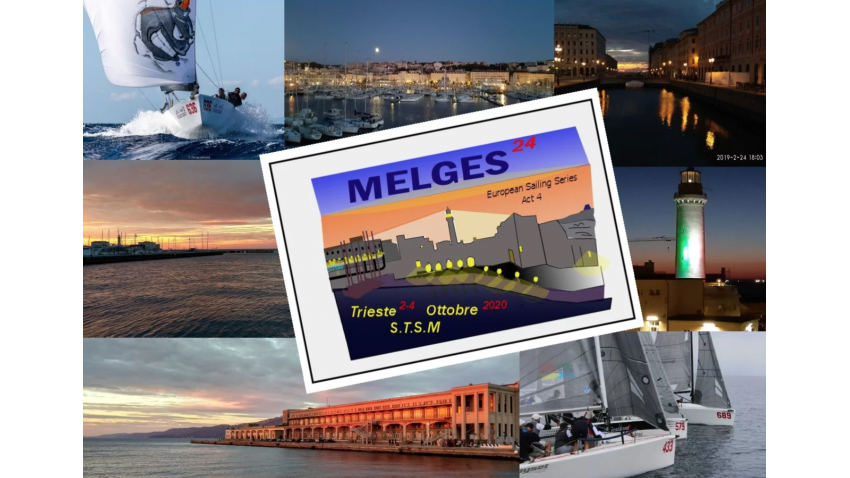 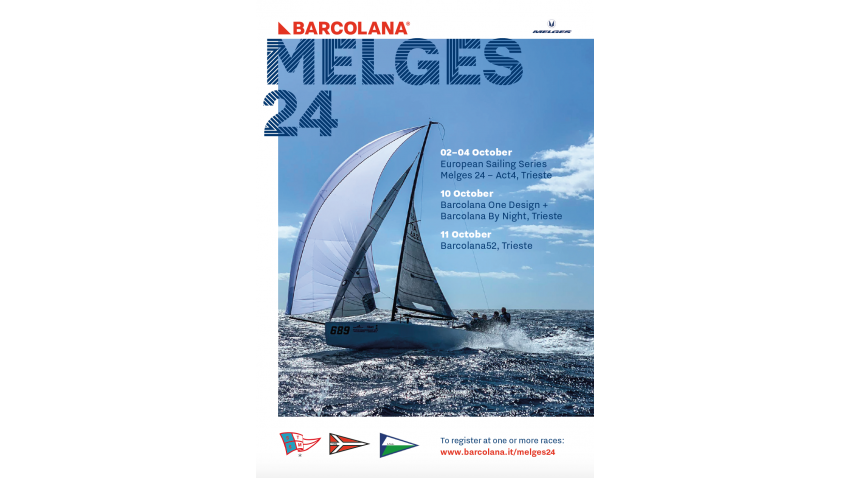