April 5, 2019 - Portoroz, Slovenia - The season opener of the 2019 Melges 24 European Sailing Series kicks off in Portoroz, Slovenia, despite of the weather, which was not so generous to the Melges 24 sailors today. Nevertheless, thirty teams representing ten nations from all over the Europe have completed three races with Southerly Sirocco wind. 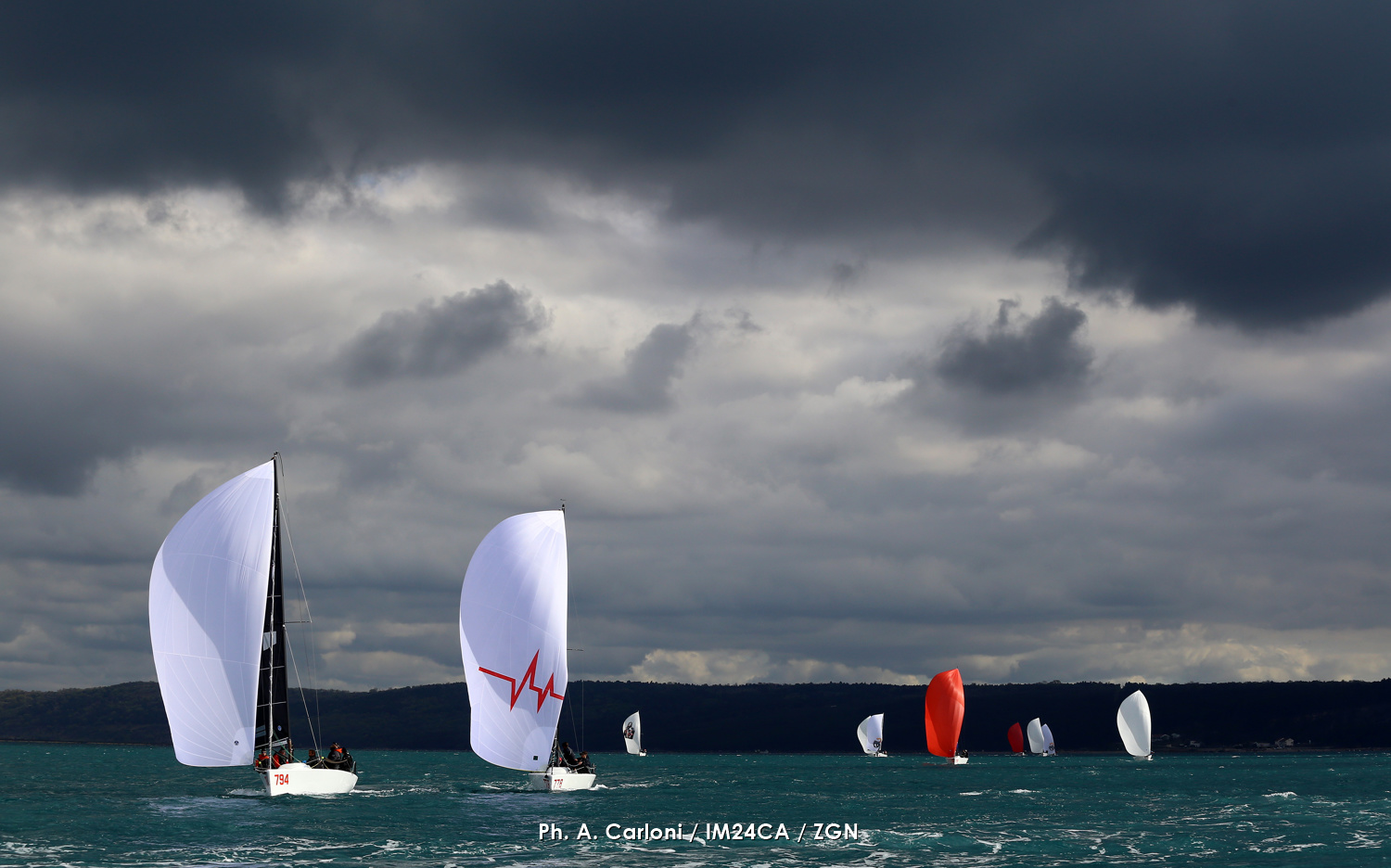 Melges 24 fleet in Portoroz - Day One of the 2109 Melges 24 European Sailing Series' 1st event - photo (c) Andrea Carloni/IM24CA/ZGN
Heavy storm and rain during the night, which raised the water level of the sea up to the marina buildings, was calming down for the morning, however keeping the temperature at very low degrees. The day started with a Skippers' Meeting where the Principal Race Officer David Bartol was explaining the plan for the upcoming days and introduced the International Jury chaired by Uros Zvan. Due to the lack of wind, the first start, planned for 12.00, was postponed ashore. Then wind picked up and the AP was lowered before midday. 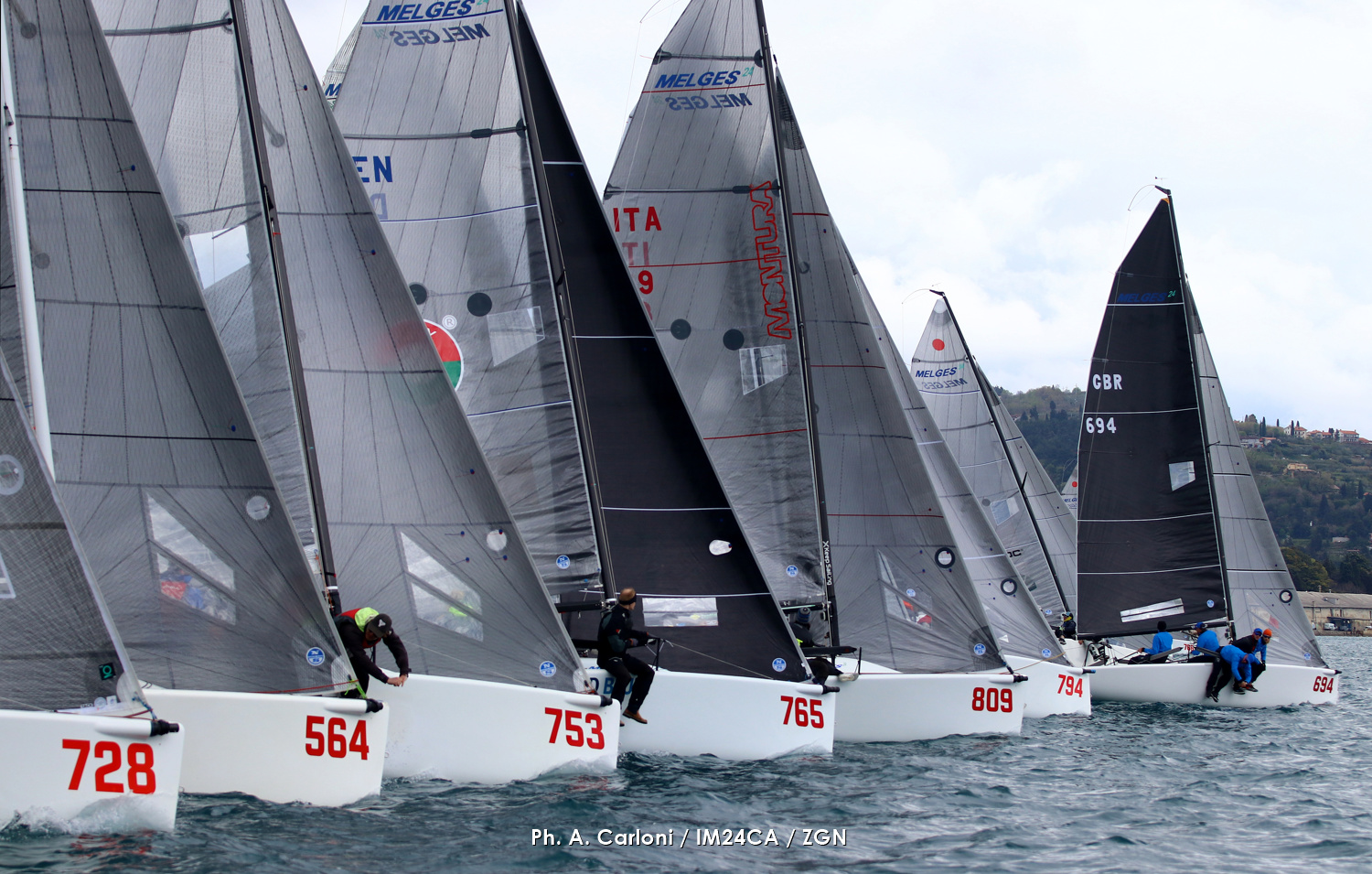 Melges 24 fleet in Portoroz - Day One of the 2109 Melges 24 European Sailing Series' 1st event - photo (c) Andrea Carloni/IM24CA/ZGN
PRO David Bartol admitted it was quite a hard day. "There was enough wind when we went out to the race course - about 10-12 knots, but the breeze was still shifty, with jumps even at 40-50 degrees, so much that we cancelled the starting procedure with AP flag a couple of times. The first race got started about at 3 pm finally. After the races got started, there was no need to change the course anymore. Races were about forty minutes long, but the sailors were content with the length of the races for the first regatta of the season." 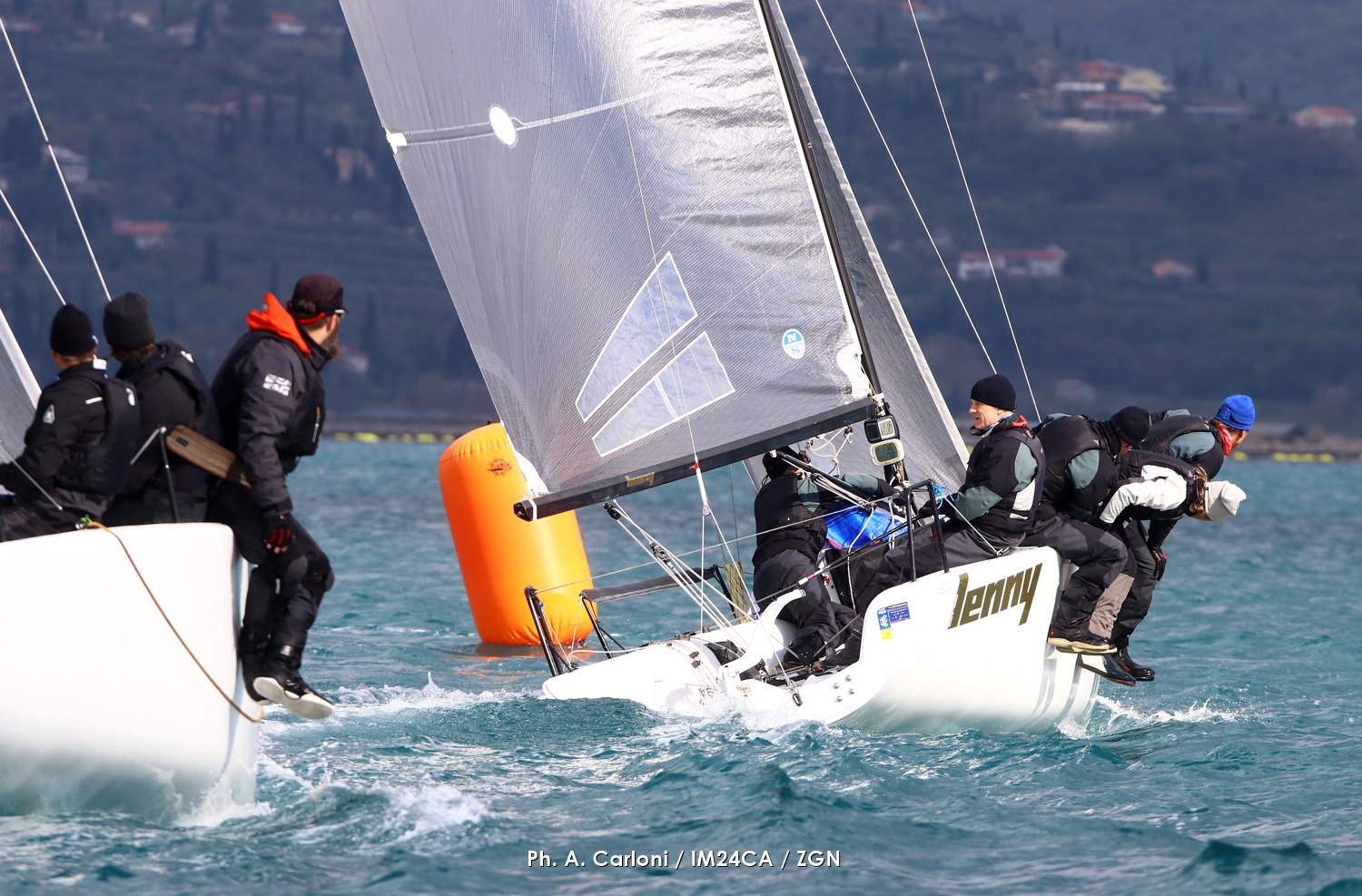 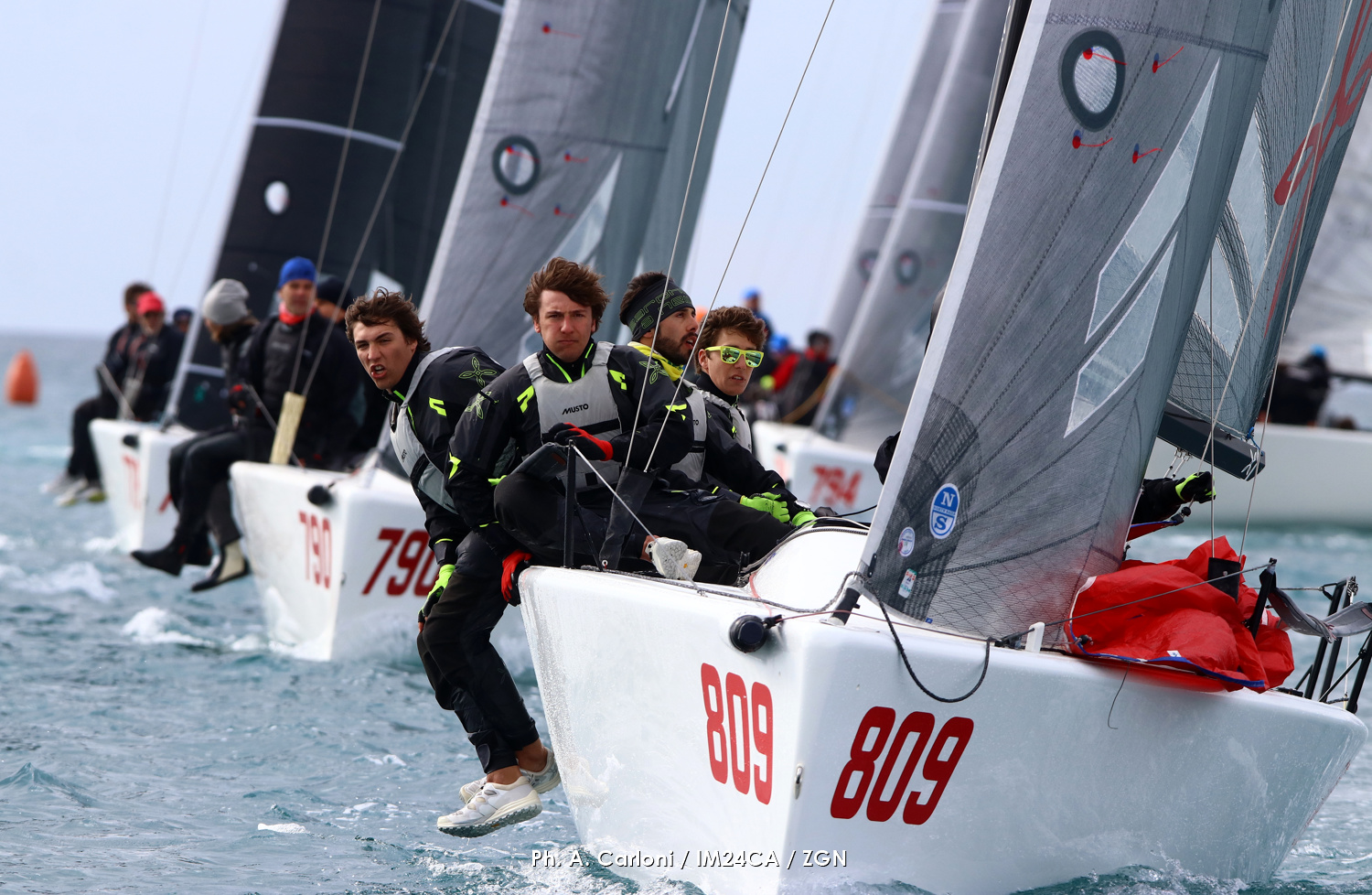 Arkanoe by Montura ITA809 helmed by Sergio Caramel is on the second position in Portoroz after Day One. - photo (c) Andrea Carloni/IM24CA/ZGN

Next two races were won by 2018 Melges 24 Corinthian European 3rd best team of Akos Csolto on Seven Five Nine HUN759. With Lenny as first and Arkanoe by Montura as second, these three teams are completing the provisional podium of the regatta, being also the Top 3 of the Corinthian ranking.
Top 5 of after 3 races: 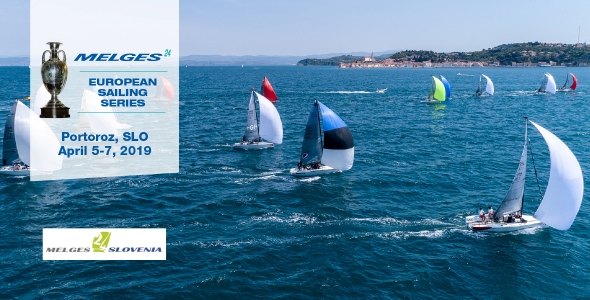