March 24, 2018 - Punta Ala, Italy - The Gulf of Follonica keeps satisfying the dynamic Melges 24 Fleet racing this weekend in the first act of the 2018 Melges 24 European Sailing Series. Also today, fifteen participating teams from six countries concluded three regattas, despite the massive wind shift that forced the Race Committee to replace the race course after race number one of the day. 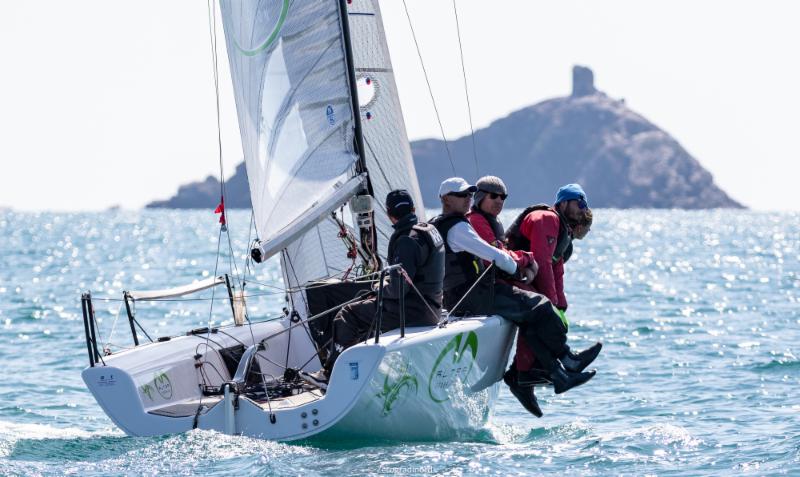 Altea ITA722 by Andrea Racchelli scores 1-1-2 on the second day in Punta Ala. Photo (c) Zerogradinord / IM24CA
The races of today brought remarkable changes into the provisional ranking, also because of the discard that has come into play after the conclusion of the fifth race of the series. Altea (ITA722, 1-1-2 today) by Andrea Racchelli, third after the races of yesterday, scores two great first places and a second and, discarding a sixth, climbs on top of the preliminary podium, followed in the ranking by FGF Sailing Team (HUN728, 2-5-10) with Robert Bakoczy in helm that discards a tenth as worst result of the series so far. 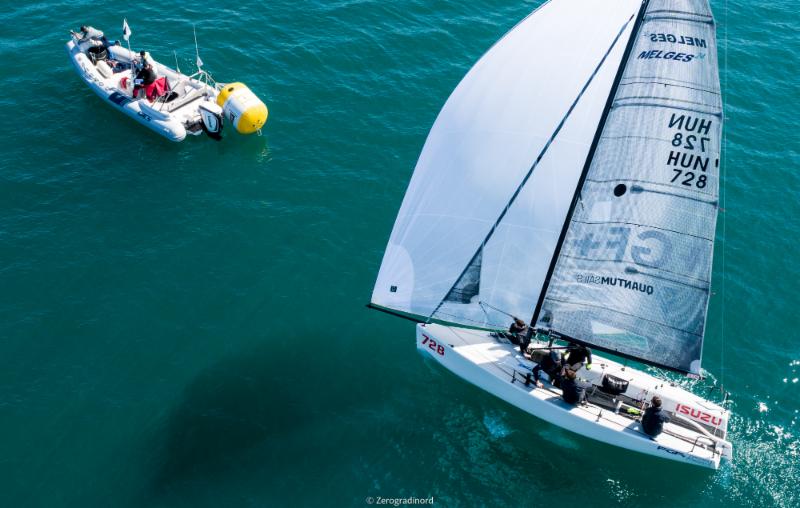 FGF Sailing Team HUN728 helmed by Robert Bakoczy, adds 2-5-10 to his score, discarding 10. Photo (c) Zerogradinord/IM24CA
Taki 4 ITA778 with Niccolo Bertola in helm, scores 3-4-3 and climbs to the third position on the second day of Punta Ala event. Photo (c) Zerogradinord / IM24CA
The Corinthian, reigning World Champion crew, onboard Marco Zammarchi's Taki 4 (ITA778, 3-4-3) having Niccolo Bertola in helm with the good results of today conquers the provisional third place on the podium, affirming itself also as a leader of the Corinthian ranking. The English entry Gill Race Team of Miles Quinton (GBR694, 7-2-4) with Geoff Carveth in helm follows the Italian crew at short distance, occupying the fourth place in overall and second in Corinthian with a gap of 5 points over the forerunners on Taki 4. 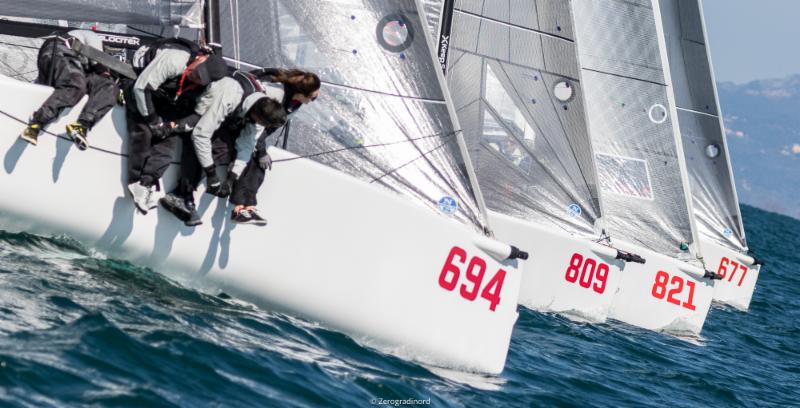 Gill Race Team of Miles Quinton GBR694 with Geoff Carveth in helm scores 7-2-4 on Saturday. Photo (c) Zerogradinord / IM24CA
It has been a good day also for the Corinthian Hungarian entry Seven_Five_Nine (HUN759, 14-3-1) of Akos Csolto that concludes the series with a sparkling first place and climbs up, from the last position occupied yesterday, up to the seventh place in overall ranking, third among the Corinthian. 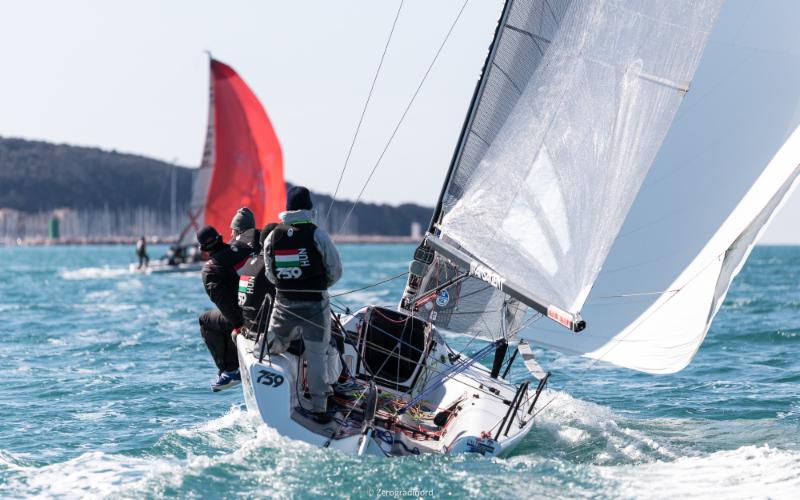 A good day for the Corinthian Hungarian entry Seven_Five_Nine HUN759 of Akos Csolto scoring 14th, 3rd and 1st place on the second day of Punta Ala event. (c) Zerogradinord / IM24CA
The first act of the 2018 Melges 24 European Sailing Series is coming to conclusion tomorrow on Sunday: with wind conditions that are forecasted as light and probably shifty, the Race Committee will call the fleet on the water at 10.00, being in the summer time then already, with the intention of adding three more races to the six already sailed until today.
Media coverage of the event is provided by the media partner of the International Melges 24 Class, Zerogradinord with Mauro Melandri and Silvia Gallegatti, and Melges Europe is in Punta Ala to support and serve the teams.
See the full results
The photos of Day Two by Zerogradinord/IM24CA
Media:
Follow IM24CA Facebook for the most recent news.
Event in Facebook
Webpage of Punta Ala Yacht Club
Videos in Facebook
IM24CA photogalleries in Flickr - search for "Melges Championships"
IM24CA Twitter - Melges_24
IM24CA Instagram - worldofmelges24
IM24CA Website  - melges24.com

2018 Melges 24 European Sailing Series consists of the six events altogether. The season will open in Tuscany, in iconic Punta Ala and will continue in Slovenia in April (27-29), with the fleet heading to Portoroz that welcomes the Melges 24 class for the fifth time after the successful events of the past four years. The 2018 Melges 24 European Sailing Series will then move on to the internal waters, with a double appointment on the Garda Lake: Torbole (June 29 up to July 1), where the Melges 24 international fleet will return after the 2012 Worlds with the record number of 127 entries, and Riva del Garda (August 3-10) for the Melges 24 European Championship. The season will end with the Melges 24 Italian Championship to be sailed on the Como Lake in Domaso (September 14-16), and with the Lino Favini Cup, also valid as Swiss Open Championship held in Luino (October 12-14)
More information and the  Notice of Race of the series can be found at melges24.com/europeansailingseries
For further information on the event , please contact: