August 6, 2018 - Riva del Garda, Italy - Garda Lake confirms itself as a must-go place for the Melges 24 fleet. In 2012, a record World Championship was hosted in Torbole: at the end of that event, Gullisara by Pino Comerio with the well-known tandem Fracassoli-Fonda at helm at tactics affirmed itself as World Champion over a fleet of 127 boats.
Today, a fleet of 72 boats from 19 countries and 3 continents has gathered in Riva del Garda to discover who will succeed to Christopher Rast's EFG (SUI) in the golden books of the Melges 24 European Champions. 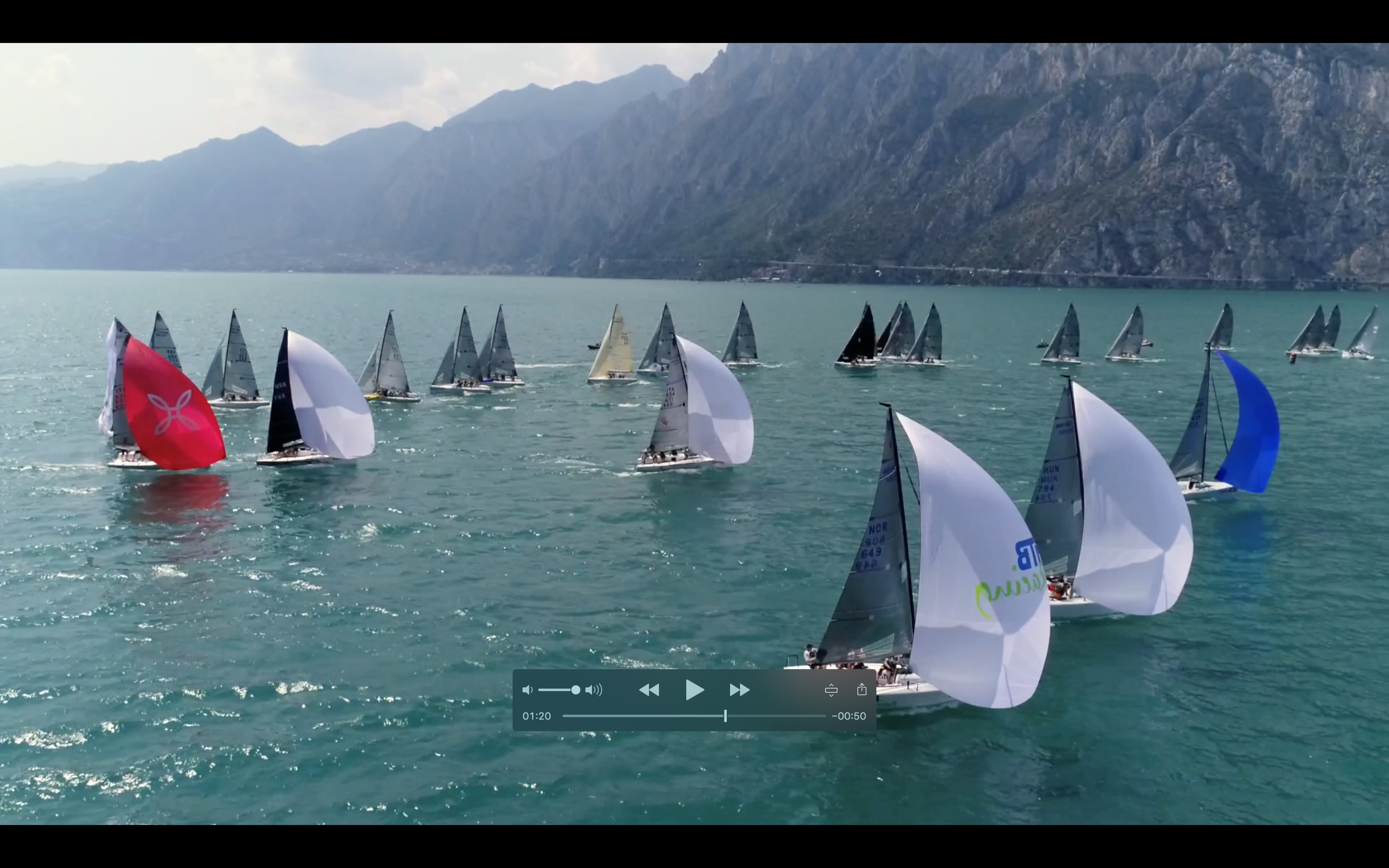 Day One highlights - Enjoy the conditions of Garda Lake and look what the sailors have to say about the first day of racing. Video filmed and edited by Zerogradinord. 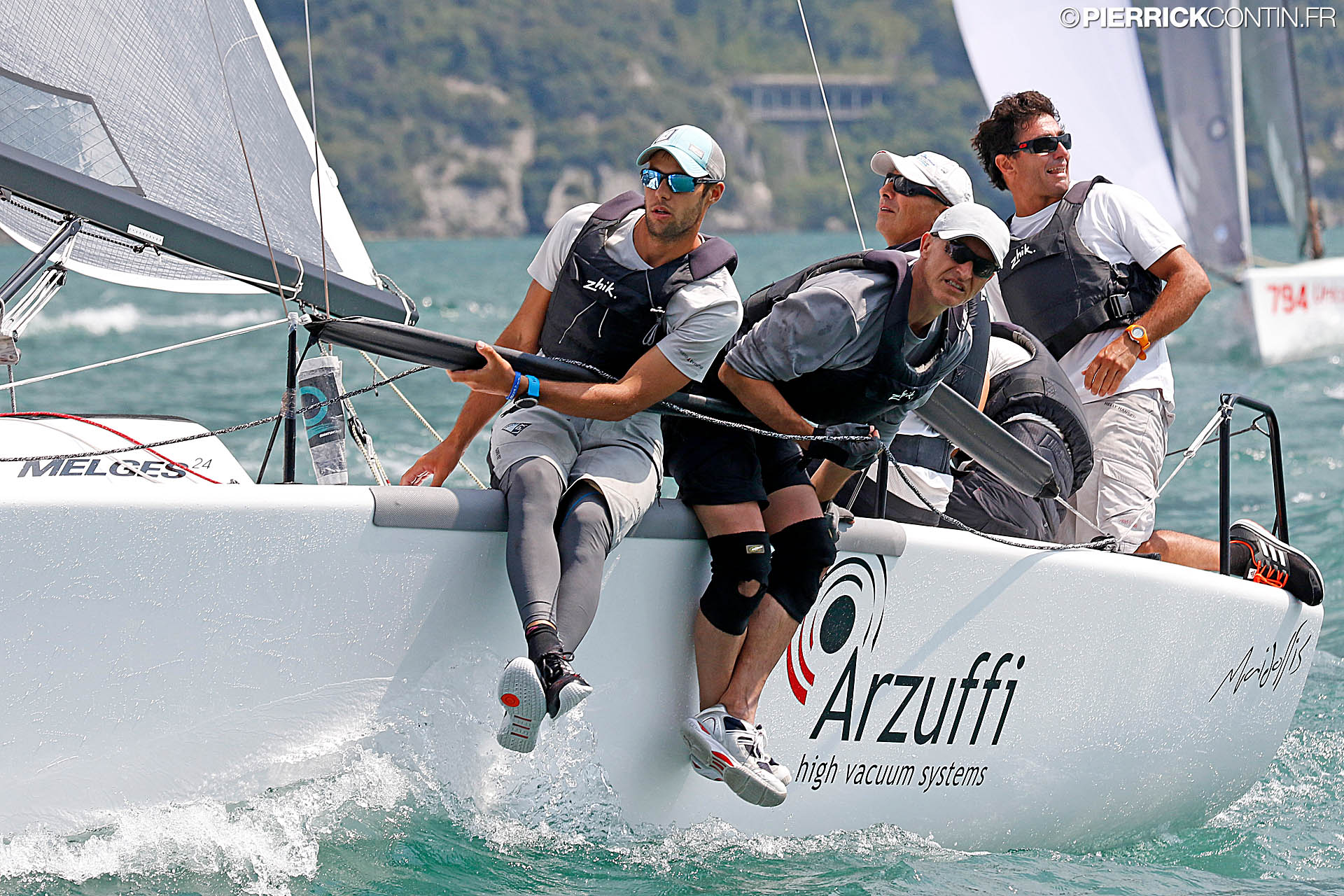 Maidollis (ITA854 , 1-1 today's partials) by Gianluca Perego, and with the duo Fracassoli-Fonda onboard - photo (c) Pierrick Contin
The rhythm of the first day of racing in Riva del Garda was set by a warm Ora blowing from the South around 10 knots and the indisputable leader was Maidollis (ITA854, 1-1 today's partials) by Gianluca Perego, World Champion in Helsinki 2017 and with the already named duo Fracassoli-Fonda onboard.
To chase Maidollis, trying not to lose precious points in the first races of the series, was Travis Weisleder aboard Lucky Dog/Gill Race Team (USA749, 2-2), where the tactical choices are entrusted to Mike Buckley, 2017 runner-up from Helsinki and 3rd at the 2018 Worlds onboard of Monsoon. 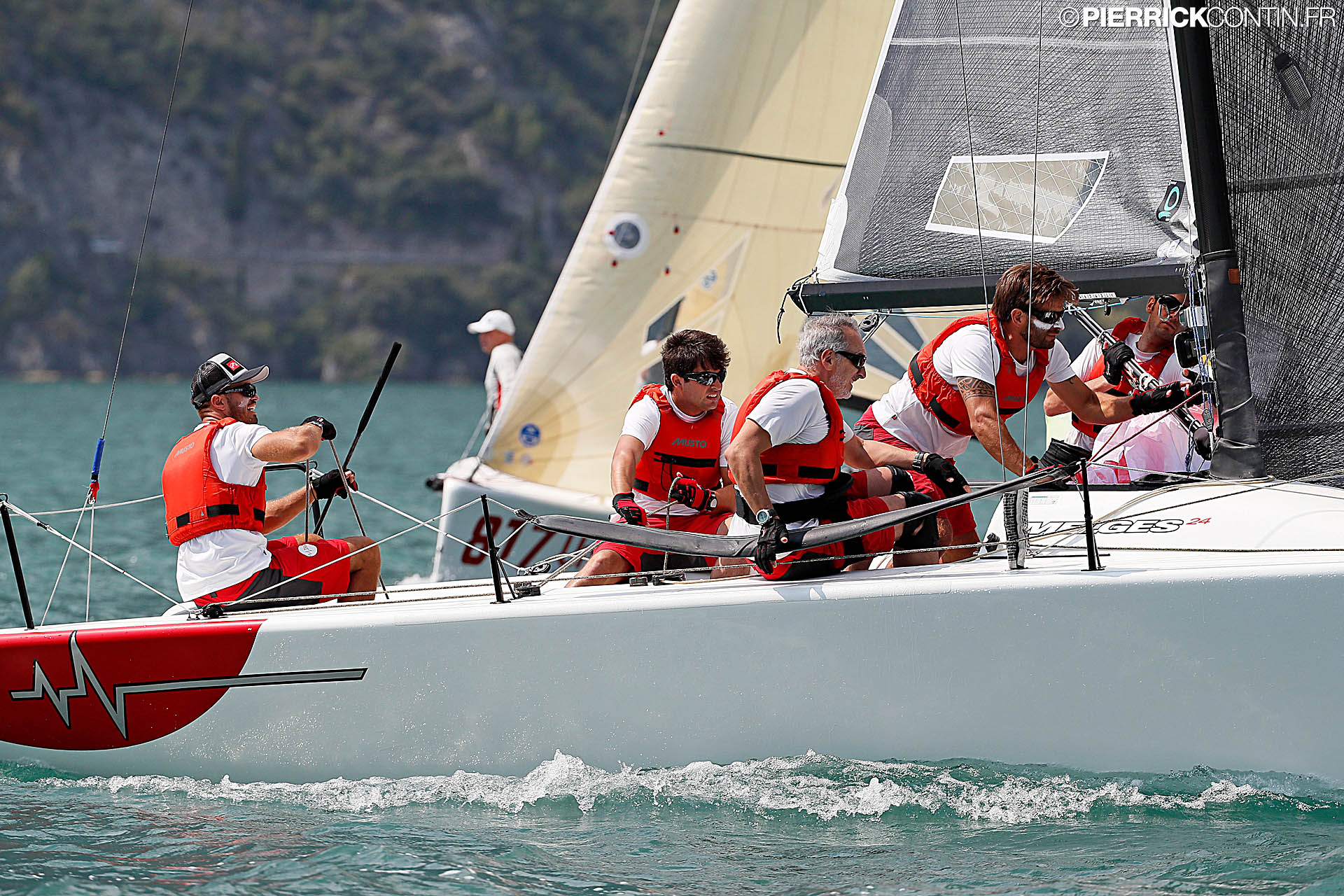 Corinthian World Champions of Taki 4 (ITA778, 7-7) with Niccolò Bertola helming and Giacomo Fossati calling tactics - photo (c) Pierrick Contin
Third place in the provisional ranking, after the first two races of the series, is for the Corinthian World Champions of Taki 4 (ITA778, 7-7) with Niccolò Bertola helming and Giacomo Fossati calling tactics. The consistency of the day allows the boat of Marco Zammarchi not only to step on the third place of the provisional podium, but also to gain the leadership of the Corinthian division, with a margin of 7 points over Peder Nergaard's Blow Slam Racing (NOR787, 17-4) and of 12 points over the provisional third, Seven-Five-Nine (HUN759, 11-15) by Akos Csolto.
The PRO Hank Stuart, active since many years in the Melges 24 Class, commented the first day of racing in Riva del Garda: "Today we managed to complete two races, despite having left the moorings with the intention of doing three. In the first race, in fact, we had face a fleet that was very aggressive on the starting line and with the shifty conditions that made not easy to set the three boats line. After four attempts, the race started under black flag and, even if nine boats were disqualified, the race was amazing with great conditions all over the race course and they remained stable and fantastic all the way until the end of the second race".
The conditions for tomorrow look favorable for an on-time warning signal at 13.00, that will be anticipated by a competitors meeting at 11.00. 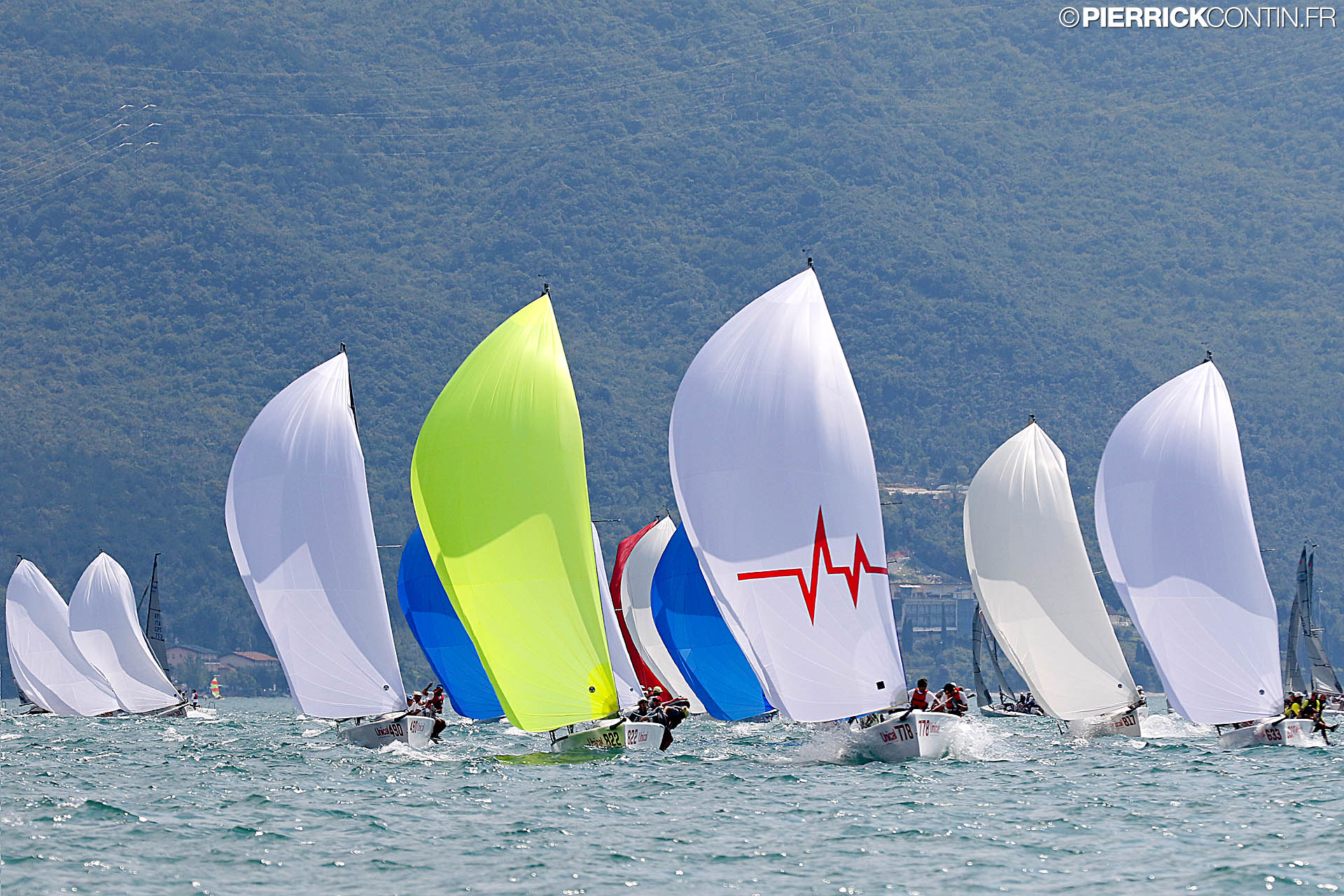 The rhythm of the first day of racing in Riva del Garda was set by a warm Ora blowing from the South around 10 knots. Photo 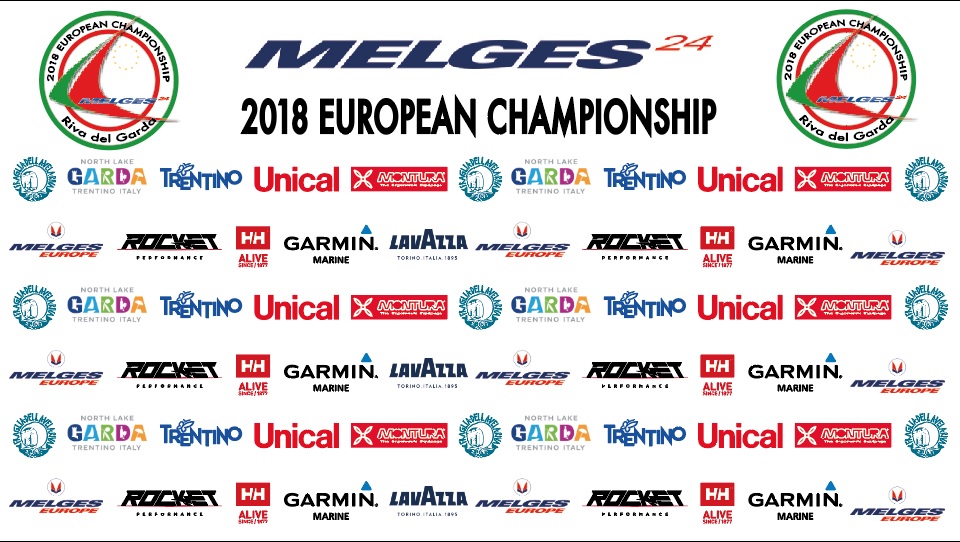