May 20, 2017 - Riva del Garda, Italy - After a not so generous first day, the Wind Factory is back in action in Riva del Garda. Starting from the early morning, a steady Peler of variable intensity between 8 and 15 knots allowed the completion of three very fast races: in the end, a perfect day for the second event of the 2017 Melges 24 European Sailing Series and Italian Open Nationals. 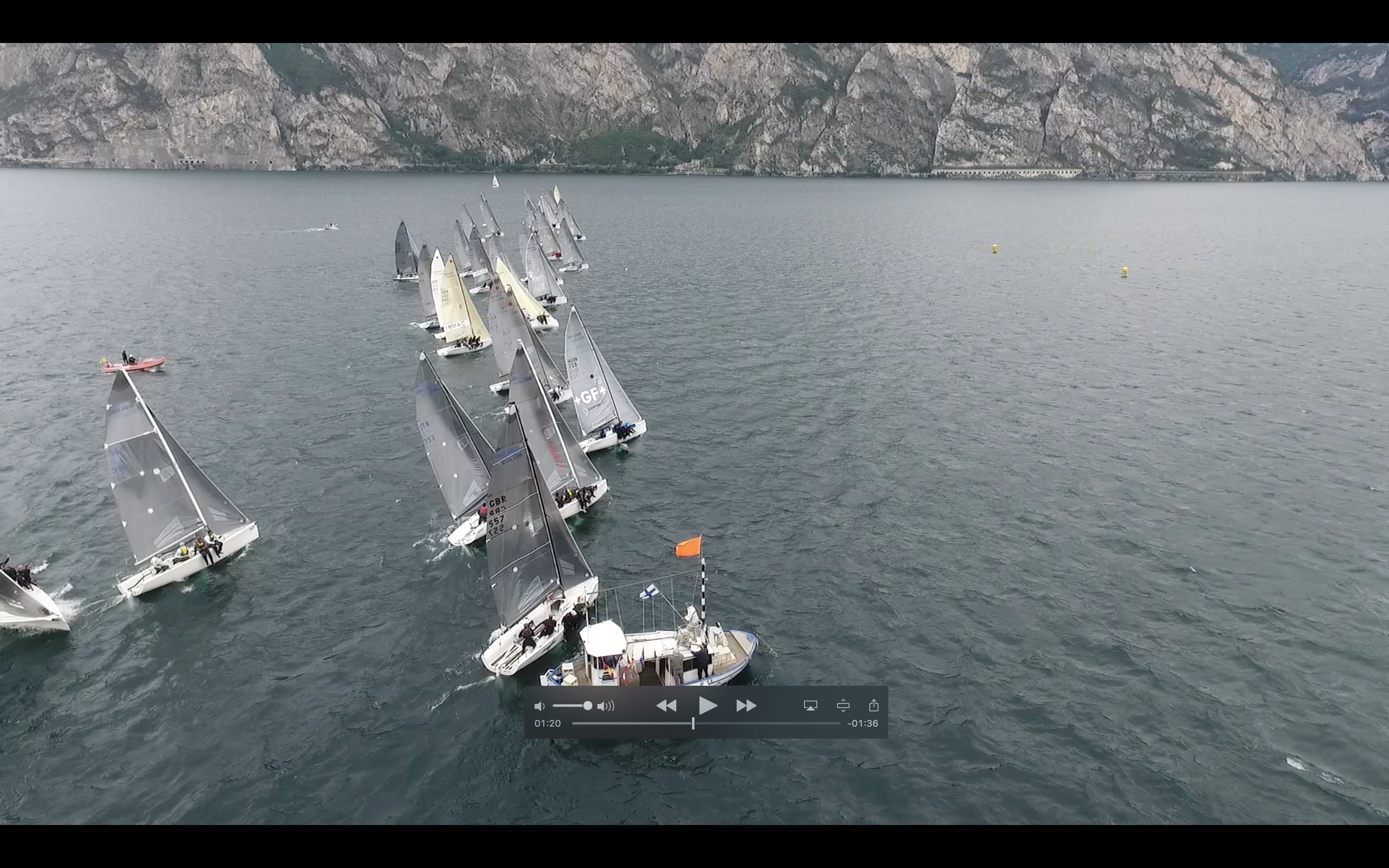 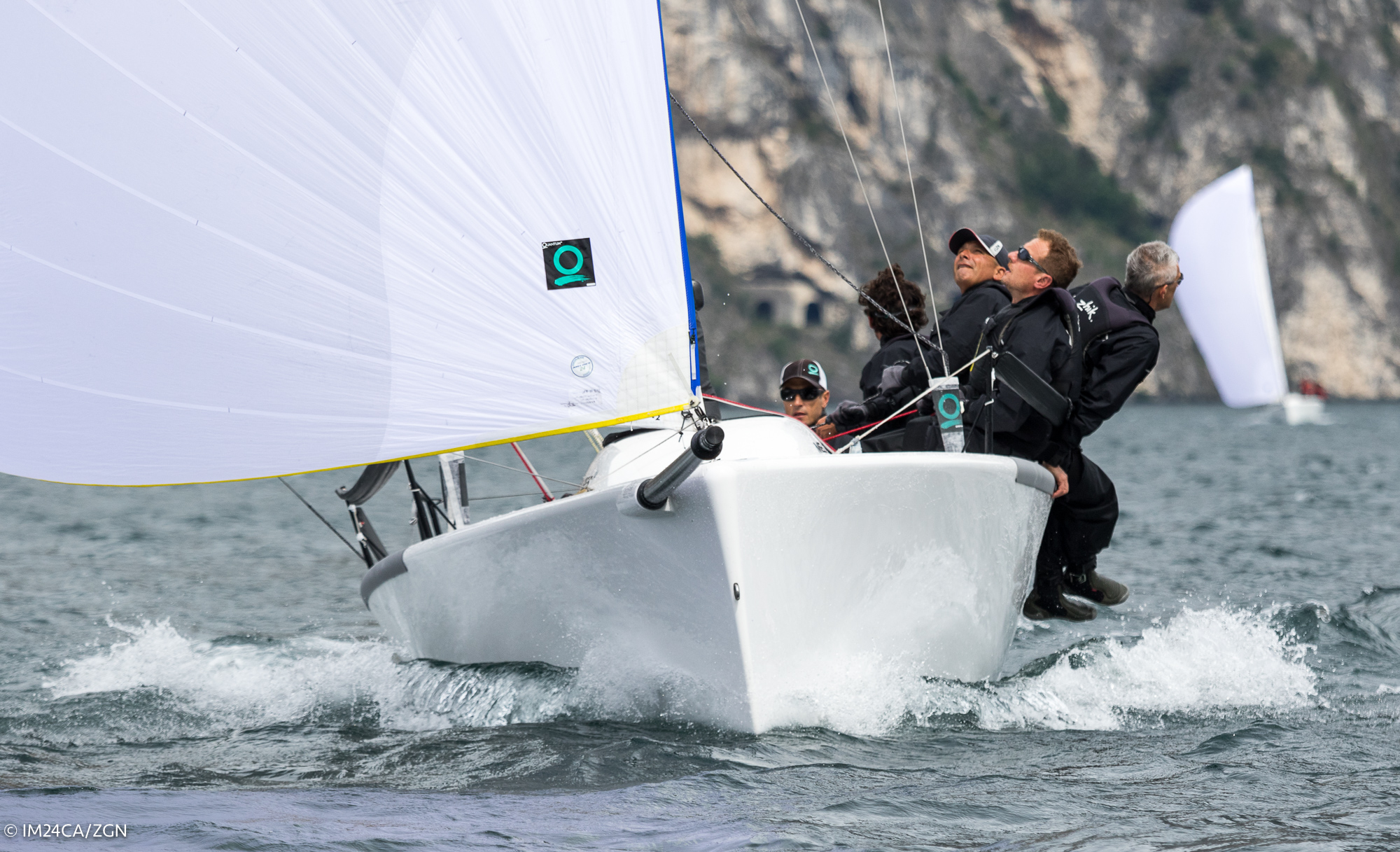 Gian Luca Perego's Maidollis ITA-854 was, also in this second day of racing, among the greatest protagonists of the races: scoring the second bullet of the series, a second and a sixth, the Italian entry, already Melges 24 World Champion in 2012, maintains the first placement, chased by another Italian, Claudio Ceradini's Altea ITA-722 (2-4-1) helmed by Andrea Racchelli, also boat of the day today. Just four points now divide Maidollis and Altea, and things may change tomorrow when, after the fifth race of the series, the discard of the worst result will be applied. 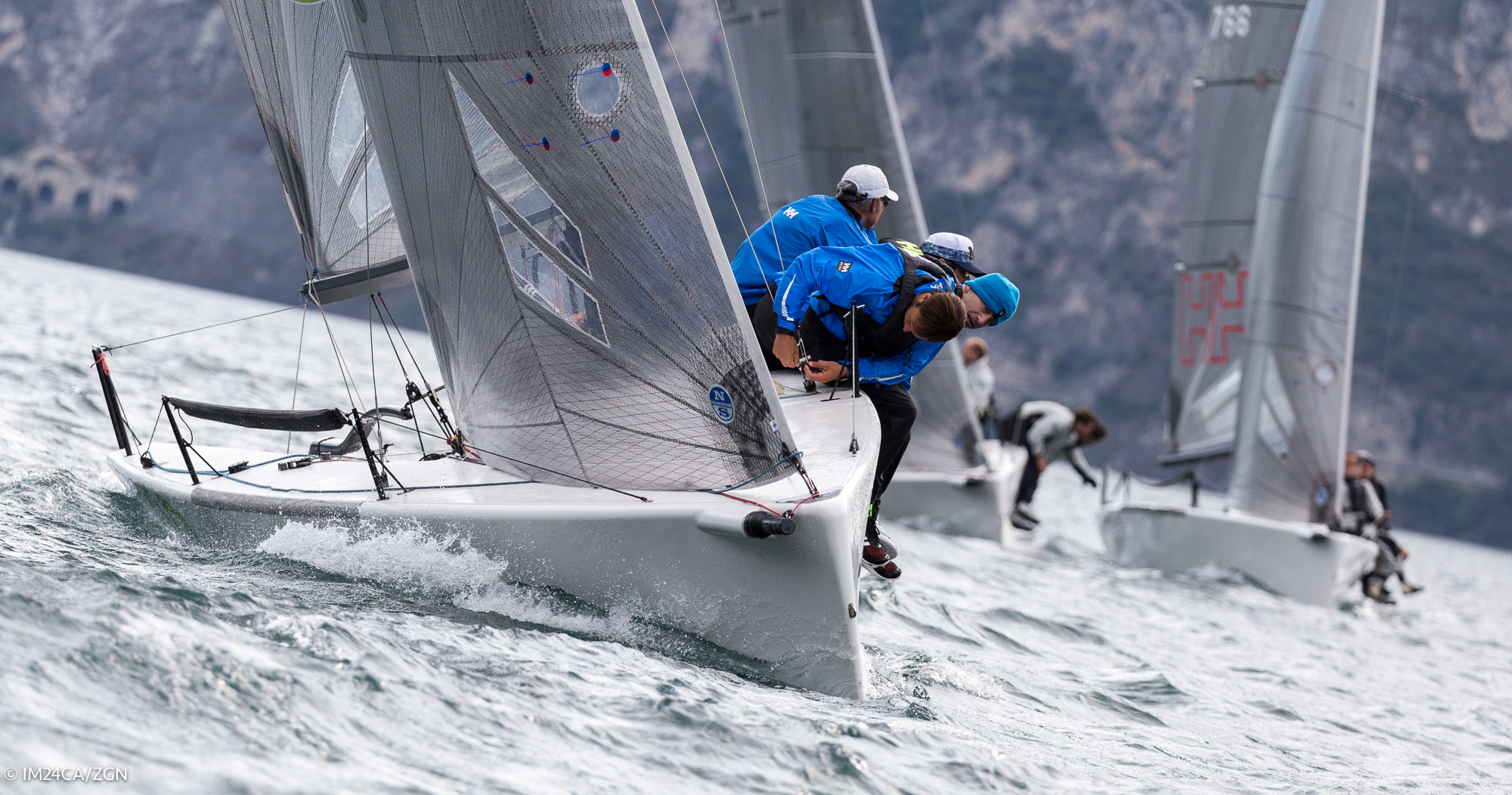 The Hungarian entry FGF Sailing Team HUN-728 (8-3-2) with Robert Bakoczy in helm climbs up to the third position, while Travis Weisleder's Lucky Dog / Gill Race Team USA-848 (12-13-15), under the spotlight in this event for the presence of the 470 Olympian sailor and Melges 24 World Champion David Hughes aboard, slips down in seventh position after having closed as second the first day of racing. 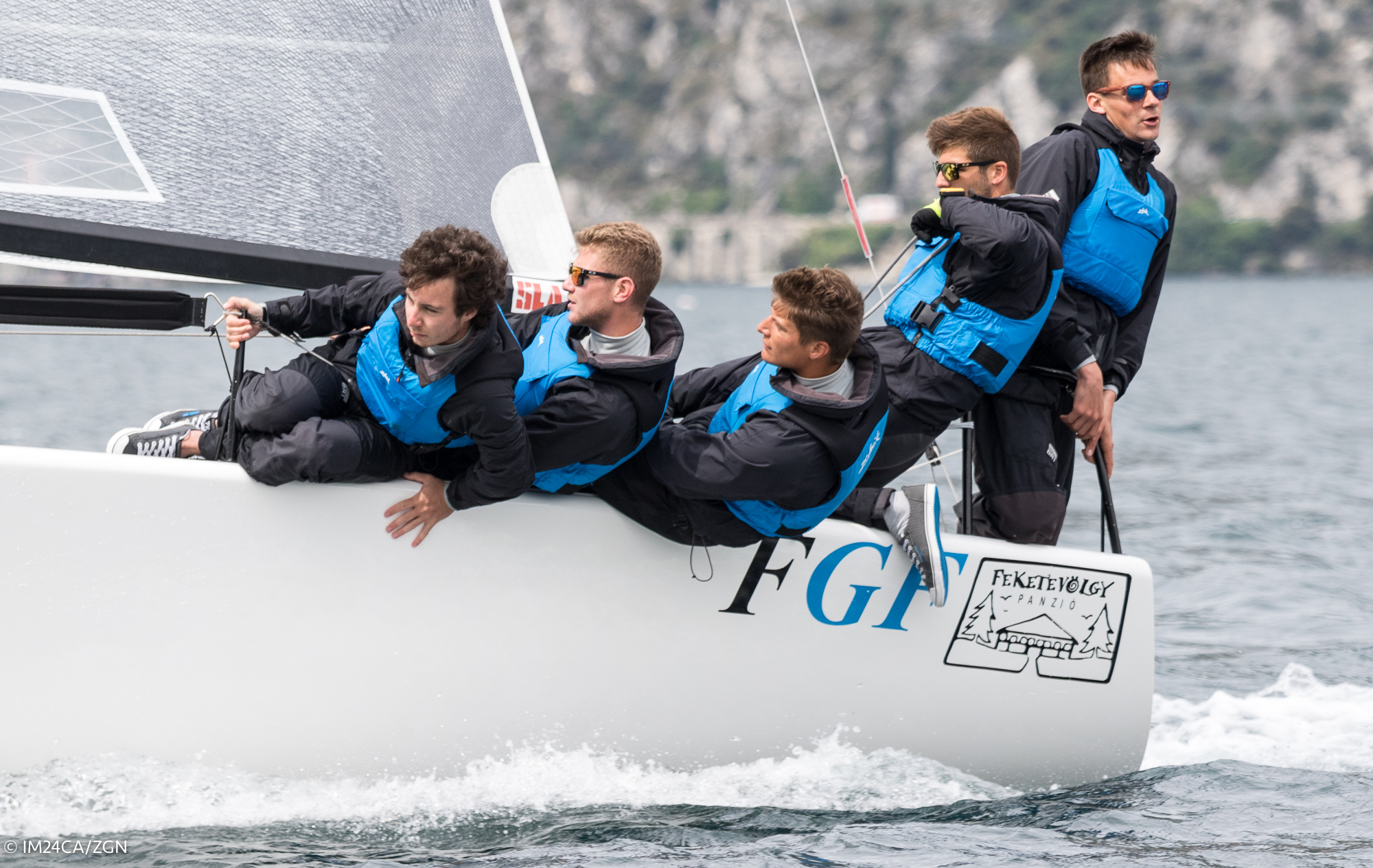 In the Corinthian division, it was a stunning day for Miles Quinton's Gill Race Team GBR-694 that, with Geoff Carveth in helmt, with a fourth and two bullets, tightly holds the leadership of the ranking, followed by Swiss boat Andele SUI-821 (6-4-4) of Jörg Hotz with a margin of nine points. The Estonian past 470 class Olympian sailor Tõnu Tõniste, helming Lenny EST-790 (8-12-6), completes the provisional podium. 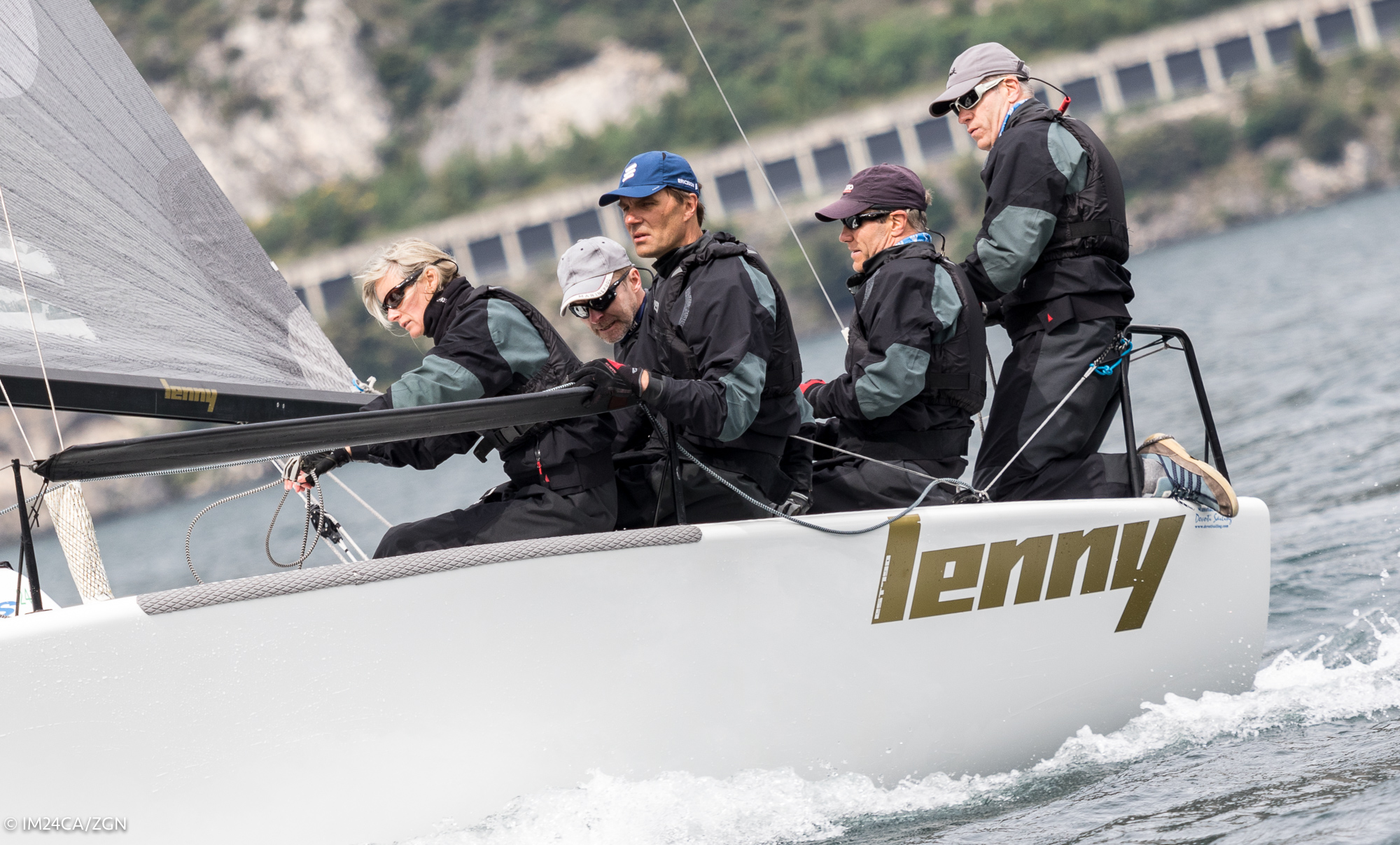 Upheavals in the Corinthian ranking may arrive tomorrow, after the discard: despite having been disqualified yesterday, in fact, the 2016 Melges 24 Corinthian World Champions on Taki 4 ITA-778 (1-2-2) helmed by Niccoló Bertola are boat of the day today, showing the potential to get on the podium of their division.
The intention of the Race Committee, presided by Giancarlo Crevatin, is to benefit once more of the early morning Peler also tomorrow and this choice has found the approval of the experienced boat-swain Fausto Maroni from Fraglia della Vela Riva.
In the last day of the event, first preparatory signal is scheduled for 9.00 am. Sun should be eventually shining, allowing for a great closing of the second event of the 2017 Melges 24 European Sailing Series in Riva.
FULL RESULTS
Overall ranking
Corinthian ranking
For the full gallery of the daily photos by IM24CA/Zerogradinord/Mauro Melandri please visit IM24CA Facebook page and Flickr account.

MELGES 24 MEDIA
Real-time racing updates from Riva will be delivered to you across the IM24CA social media.Each day, the IM24CA and Zerogradinord will work hard to bring you mark-to-mark action and updates via video, photos and text. Zerogradinord represented by Mauro Melandri and Silvia Gallegatti will push hard to deliver wonderful photos and footage to you daily. You can follow all the latest actions and coverage of the event at the official IM24CA Facebook Page.

2017 Melges 24 European Sailing Series consists of the six events altogether. The first event was held in Portoroz in April. The second regatta will be sailed in Riva del Garda in Italy in May; the points for the third event will be collected during the Swedish and Nordic Melges 24 Championship in Marstrand, Sweden in June; the most significant Melges 24 event of the season which is also the fourth event of the series, will be held in July-August in Helsinki, Finland, where the World Champion will be awarded; the fifth event will head to Medemblik in the Netherlands and the series will conclude with the sixth event in Luino, Italy in October.

Any queries regarding the Riva event can be directed to:
Melges 24 Italian Class Association
Andrea Racchelli
racchelliandrea@gmail.com
and
Luca Babini
segreteria@melges24.it