During the Skippers Meeting in the morning the President of the hosting club Fraglia Vela Riva Giancarlo Mirandola welcomed the Melges 24 fleet in Riva del Garda, while the Vice Chairman of the International Melges 24 Class Association, Miles Quinton GBR694 was happy to see thirty nine boats from thirteen countries sailing for the points of the Melges 24 European Sailing Series and for the title of the Melges 24 Italian Championship. The Secretary of the Italian Melges 24 Class Association, Luca Babini was happy to announce the dates of the 2018 main event in Europe - Melges 24 European Championship - to be hosted from August 3rd to 10th at the same venue here in Riva. 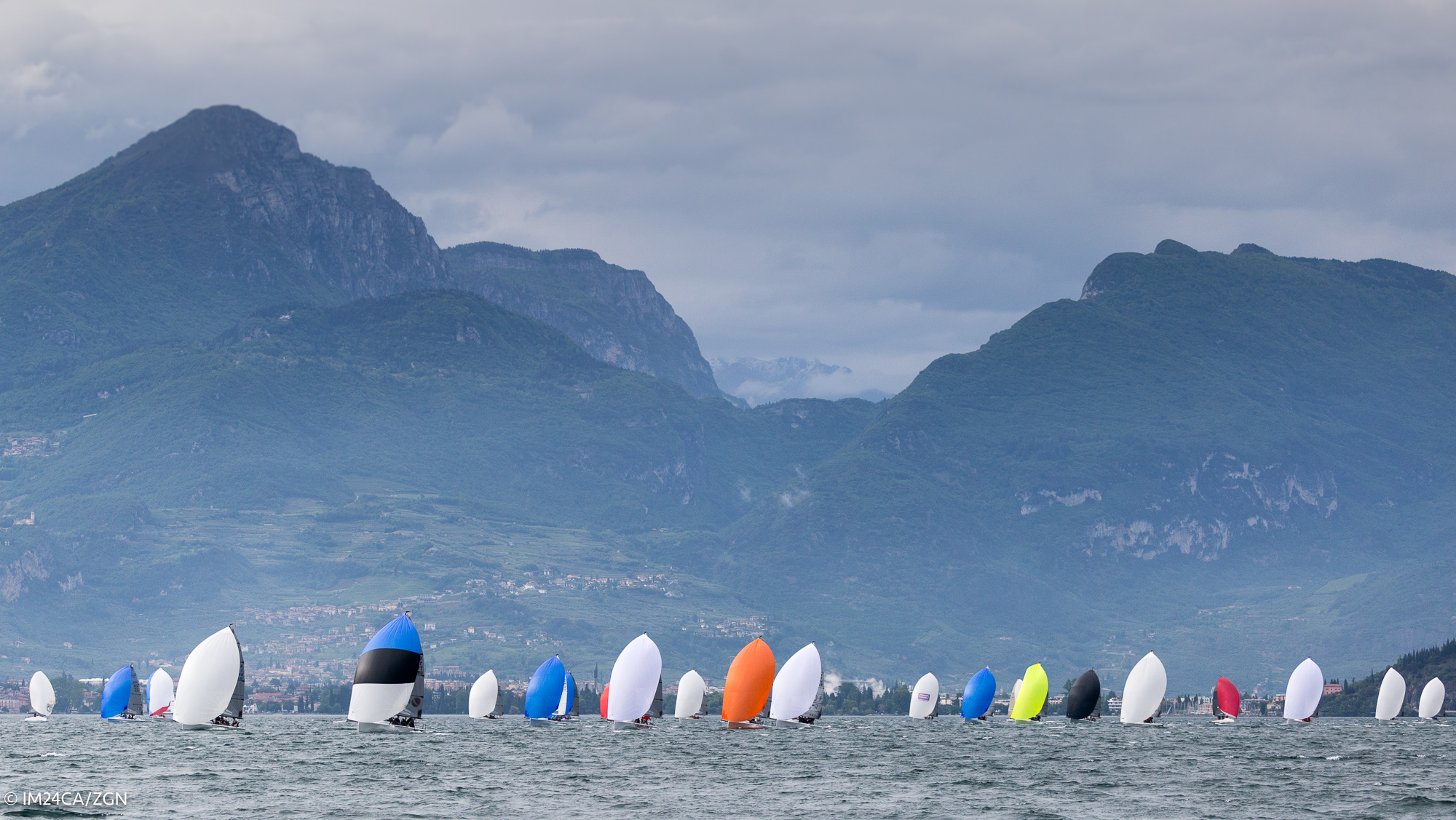 Extremely unstable weather conditions, with pouring rain and wind that ranged from few knots in the morning to almost 35-40 in the early afternoon, forced the Race Committee, coordinated by PRO Giancarlo Crevatin, to wait until around 4 pm to give the start of the first race of the event.

In a day where the crews were almost resigned to a no-race due to the weather conditions, the experience of all the staff from Fraglia Della Vela Riva, and of the boat-swain Fausto Maroni in particular, allowed to sail in the end one exciting race with Peler wind blowing from the North with an intensity of 10-14 knots. 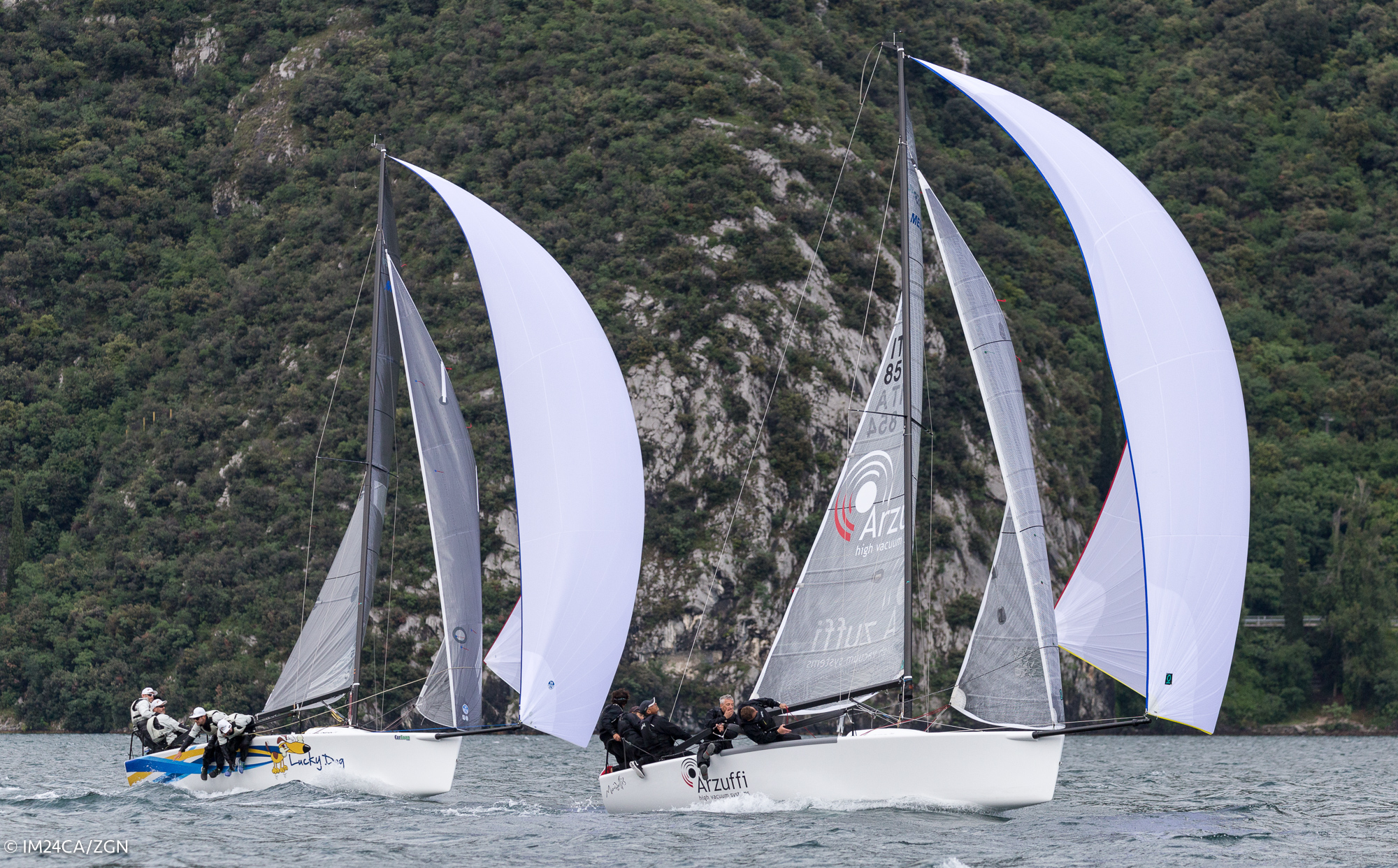 It has been a duel between Maidollis ITA854 helmed by the 2012 World Champion Carlo Fracassoli, second classified in the 2016 Melges 24 World Championship, and 2016 Worlds ninth best Travis Weisleder's Lucky Dog / Gill Race Team USA848, with 470 class Olympian David Hughes, 2016 Melges 24 World Champion in Miami as well, calling tactics on board. After a whole windward-leeward of tight racing, a jibe set immediately after the second upwind buoy marked the difference and assigned the fist bullet of the series to the Italian entry of Luca Perego.

Third step of today's podium goes to Lenny EST790, helmed by the Olympian Tõnu Tõniste, that was leading the fleet until the first upwind leg, but that couldn't then keep up with the speed of Maidollis and Lucky Dog. The Estonian entry in any case secured the first placement in the Corinthian ranking. 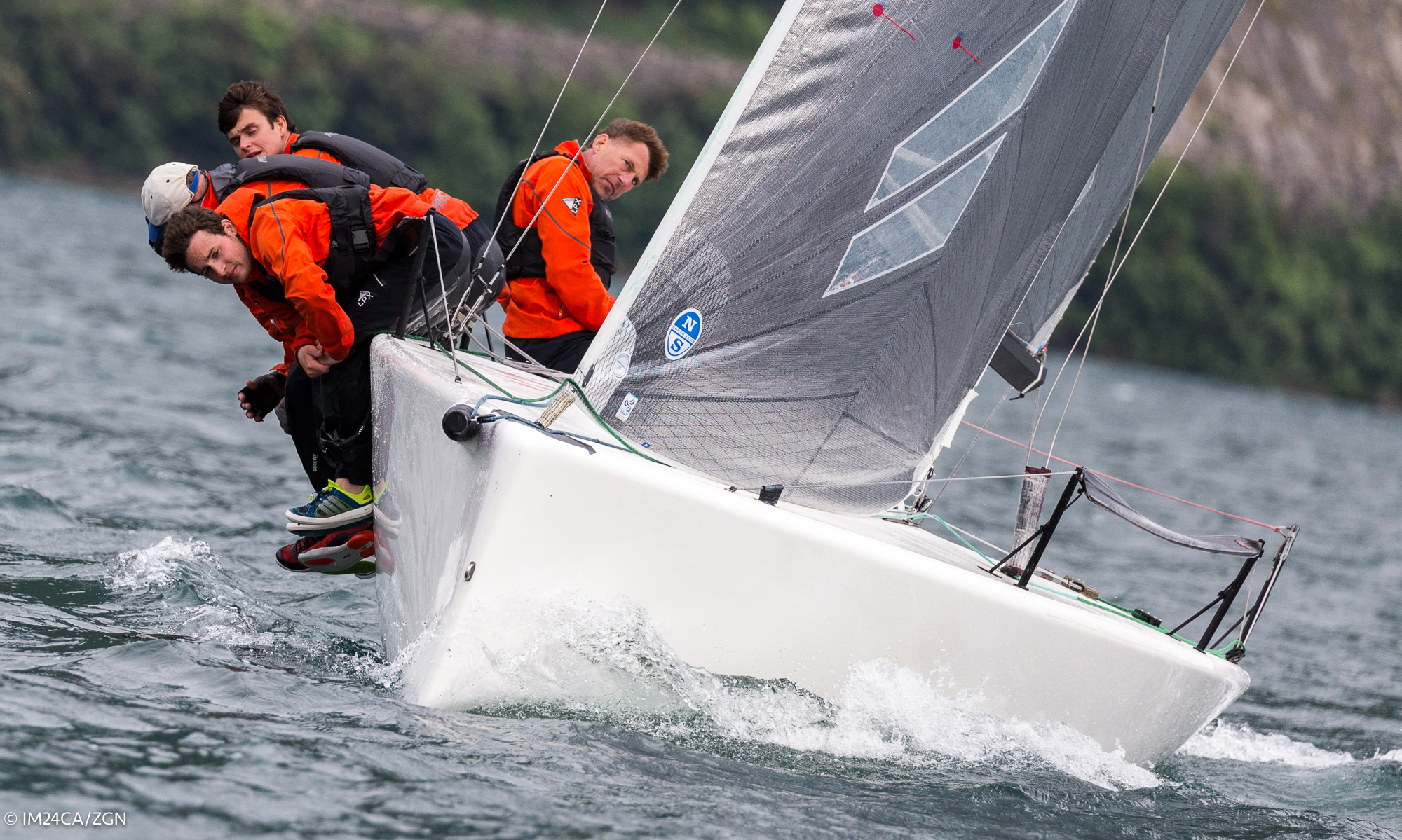 MELGES 24 MEDIA
Real-time racing updates from Riva will be delivered to you across the IM24CA social media.Each day, the IM24CA and Zerogradinord will work hard to bring you mark-to-mark action and updates via video, photos and text. Zerogradinord represented by Mauro Melandri and Silvia Gallegatti will push hard to deliver wonderful photos and footage to you daily. You can follow all the latest actions and coverage of the event at the official IM24CA Facebook Page.

2017 Melges 24 European Sailing Series consists of the six events altogether. The first event was held in Portoroz in April. The second regatta will be sailed in Riva del Garda in Italy in May; the points for the third event will be collected during the Swedish and Nordic Melges 24 Championship in Marstrand, Sweden in June; the most significant Melges 24 event of the season which is also the fourth event of the series, will be held in July-August in Helsinki, Finland, where the World Champion will be awarded; the fifth event will head to Medemblik in the Netherlands and the series will conclude with the sixth event in Luino, Italy in October.

Any queries regarding the Riva event can be directed to:
Melges 24 Italian Class Association
Andrea Racchelli
racchelliandrea@gmail.com
and
Luca Babini
segreteria@melges24.it