April 23, 2017 - Portoroz, Slovenia -  Maximum number of races sailed in almost perfect conditions was a result of three-day Portoroz Melges 24 Regatta - the season opener both for the 2017 Melges 24 European Sailing Series and Melges 24 Italian Sailing Series. Andrea Racchelli and his team on Altea ITA722, the winner of the 2016 Melges 24 European Sailing Series, were showing their superiority since the beginning of the regatta and are the overwhelming regatta winners with a race to spare. Eelco Blok's Team Kesbeke/SIKA/Gill NED827 with Ronald Veraar helming, the winner of the same regatta last year, has been sailing a consistent series climbing to the highest podium place in the Corinthian division. 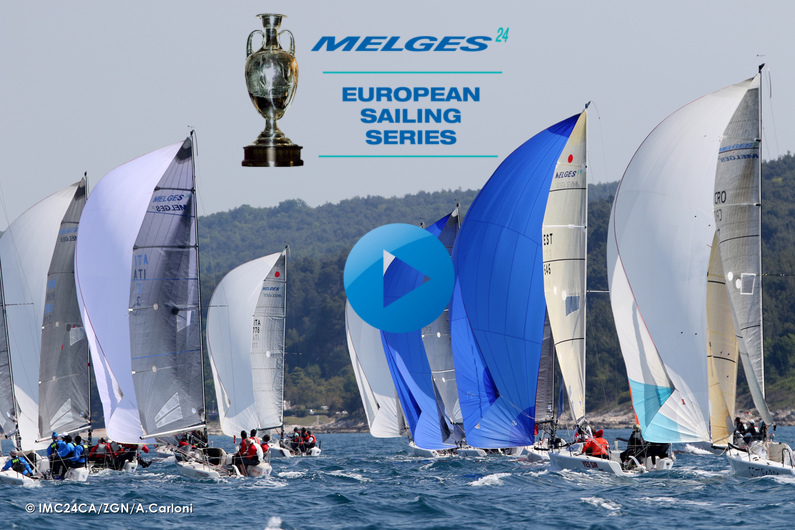 Remarkable thirty three boats from fifteen countries from all over the Europe and even one U.S. team chartering a boat from Croatia, was the record number of entries what the Portoroz Melges 24 Regatta has been witnessed during these four years when the Melges 24 European Sailing Series has had the season opener in Slovenia. The Race Committee under PRO Bojan Gale's supervision did an excellent job delivering nine races in a bit tricky conditions and the sailors did not leave unemployed also the International Jury team chaired by Uros Zvan.

The morning of the final racing day was alike the previous days - no wind until midday and then a nice sea breeze from the North of 10-12 knots during the first race and changing the direction to 270 degrees and picking up to 15 knots of gusts during the final race. As per PRO today's wind was something different than sea breeze, what wasn't even expected according to the prediction.

Altea, the leader of the regatta did not leave many options for the rest of the fleet for the top position. Starting the final day with a fourteen-point gap they confirmed the victory of the regatta after winning the first race of the day with a race to spare increasing the margin up to twenty points. With this victory Andrea Racchelli became the double-winner of this regatta in Portoroz. 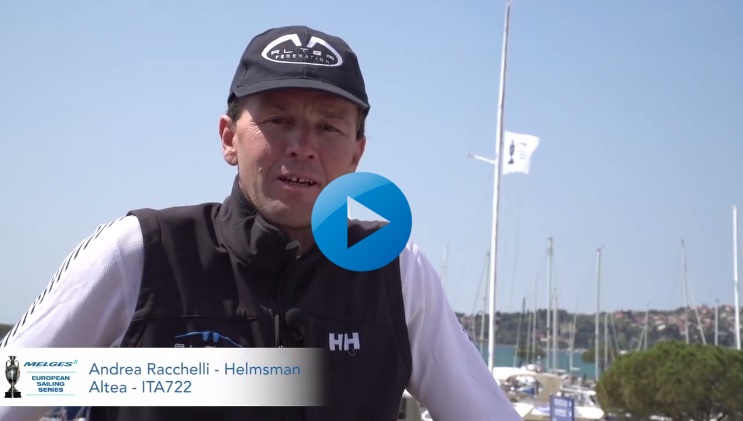 Andrea Racchelli helming Claudio Ceradini's Altea (ITA722) is the double-winner of the Portoroz Melges 24 Regatta. Watch the short interview with him in Portoroz. Interview edited by Zerogradinord / Simona Bellobuono.

"It was a wonderful regatta here in Portoroz with different conditions during these three days, but nine great races delivered - fantastic! We had to test the new boat for the team here and we are happy about the boat, we are happy about the crew as usual, because the team has pretty much remained the same and we know very well each other. I sailed here with Gaudenzio Bonin, Michele Gregoratto, Claudio Ceradini and Matteo Ramian - I'd like to thank them all! We are very happy because the level of the class is very good at the moment - we had more than thirty boats here from fifteen nations and this is very good for the class in the beginning of the season! We hope to see more boats in Riva in May and at the next events!" said Racchelli happily.

The second podium place was filled by the Danish Bo Boje Pedersen's Upupup DEN837 scoring forty two points in total. They did not expect such a high result from this regatta before the event: "It's great to find us on the second position as our goal before the event was to achieve the position in the top 10," said Bo Boje. 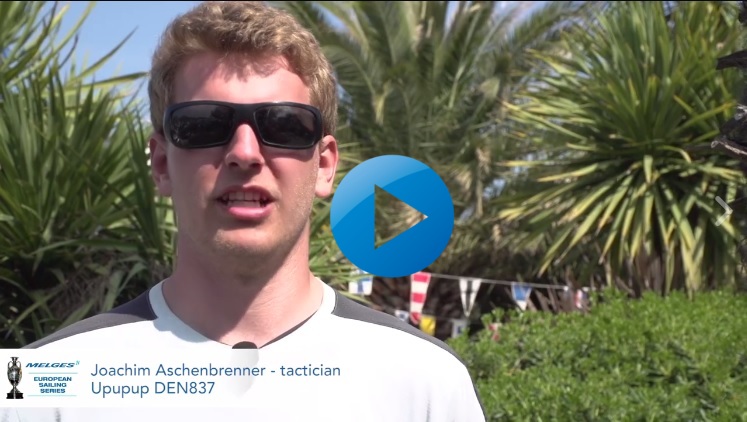 On the second podium place in Portoroz was Bo Boje Pedersen's Upupup DEN837, having a highly ranked match racer Joachim Aschenbrenner with his team mates onboard. Watch the interview with Joachim edited by Zerogradinord/Simona Bellobuono

Tied in points with the second place, the podium was completed by the Hungarian FGF Sailing Team HUN728 with Robert Bakoczy helming. In the interview after the prize giving Robert was also happy about the regatta in the great conditions. "It was the first regatta of the season and it feels great to be on the podium, but we are hoping to get faster during the next events. I'd like to thank the teams on the higher podium places and also the hosting club for the wonderful regatta and organization - everything was just great!" Robert said. 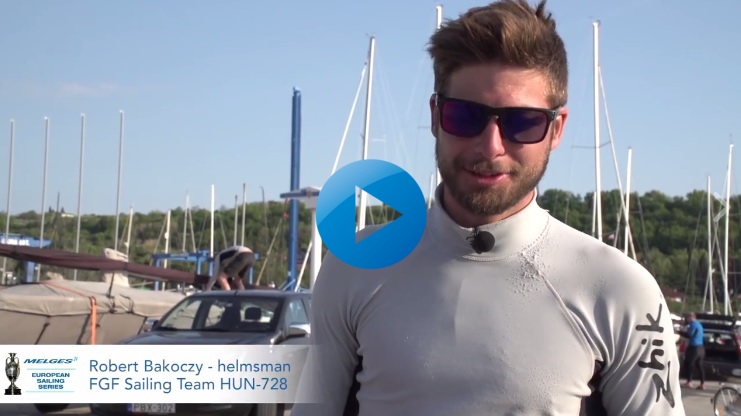 Tied in points with the second place, the podium was completed by the Hungarian FGF Sailing Team HUN728 with Robert Bakoczy helming. Watch the interview with Roberteditedby Zerogradinord / Simona Bellobuono

Looking at the final results, then we could see some very close racing here in Portoroz, as the teams from the second up to seventh positions are in eight points and five of them tied - this means a high level, strong and very even competition. 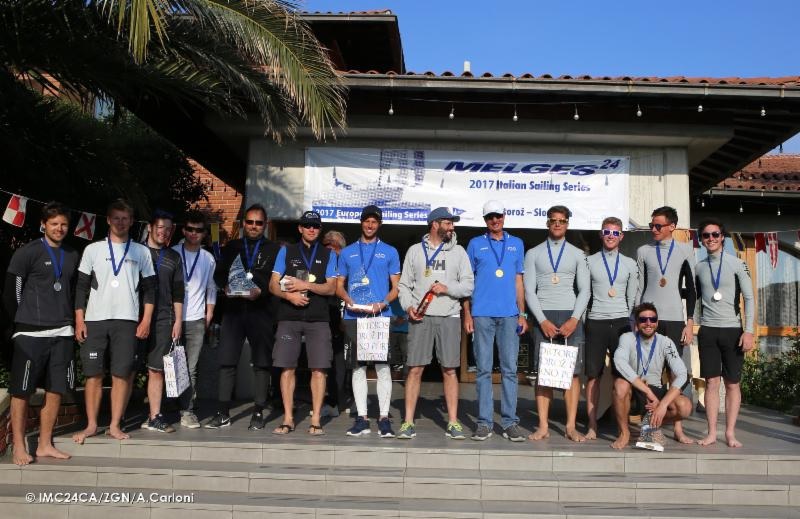 In the Corinthian fleet the winner was open until the last minutes of the regatta while there was a protest to hear between the two top teams and as a result of it the current leader, Miles Quinton's Gill Race Team GBR694 with Geoff Carveth in helm, who got the bullet form the final race today, was disqualified from the race eight giving them the second place after their great performance. At the same time Eelco Blok's Team Kesbeke/SIKA/Gill NED827 with Ronald Veraar helming, got the top podium placement at the end, making Dutch team also double Corinthian winner of the regatta here in Portoroz. In the winning team besides the owner Eelco Blok and helmsman Ronald Veraar were sailing Pim Mommersteeg and Joost Brouwer. 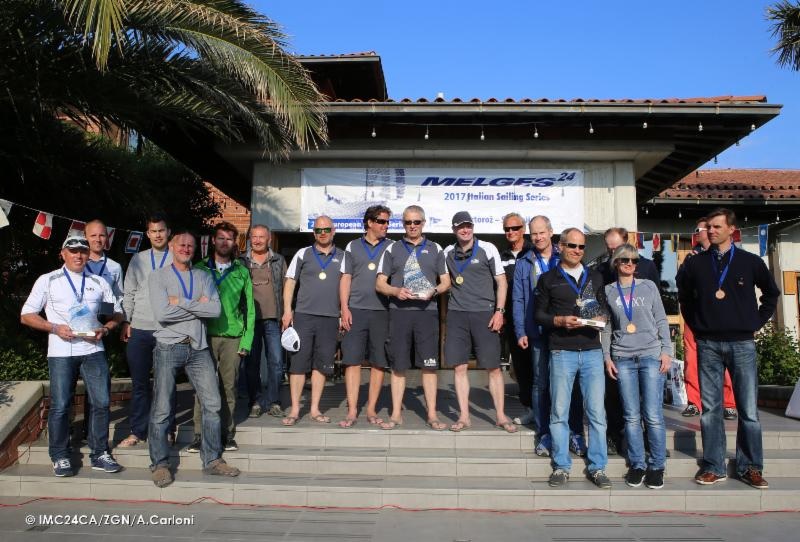 International Melges 24 Class Association would like to say a big thanks to Marina Portoroz and the Yachting Club Portoroz who have always been the greatest hosts for the Melges 24 sailors. This year has been a great proud sponsor of Melges 24 event also one of the brightest jewels of Portoroz - Grand Casino Portoroz, who hosted a Welcome Party for all the participants on Friday. 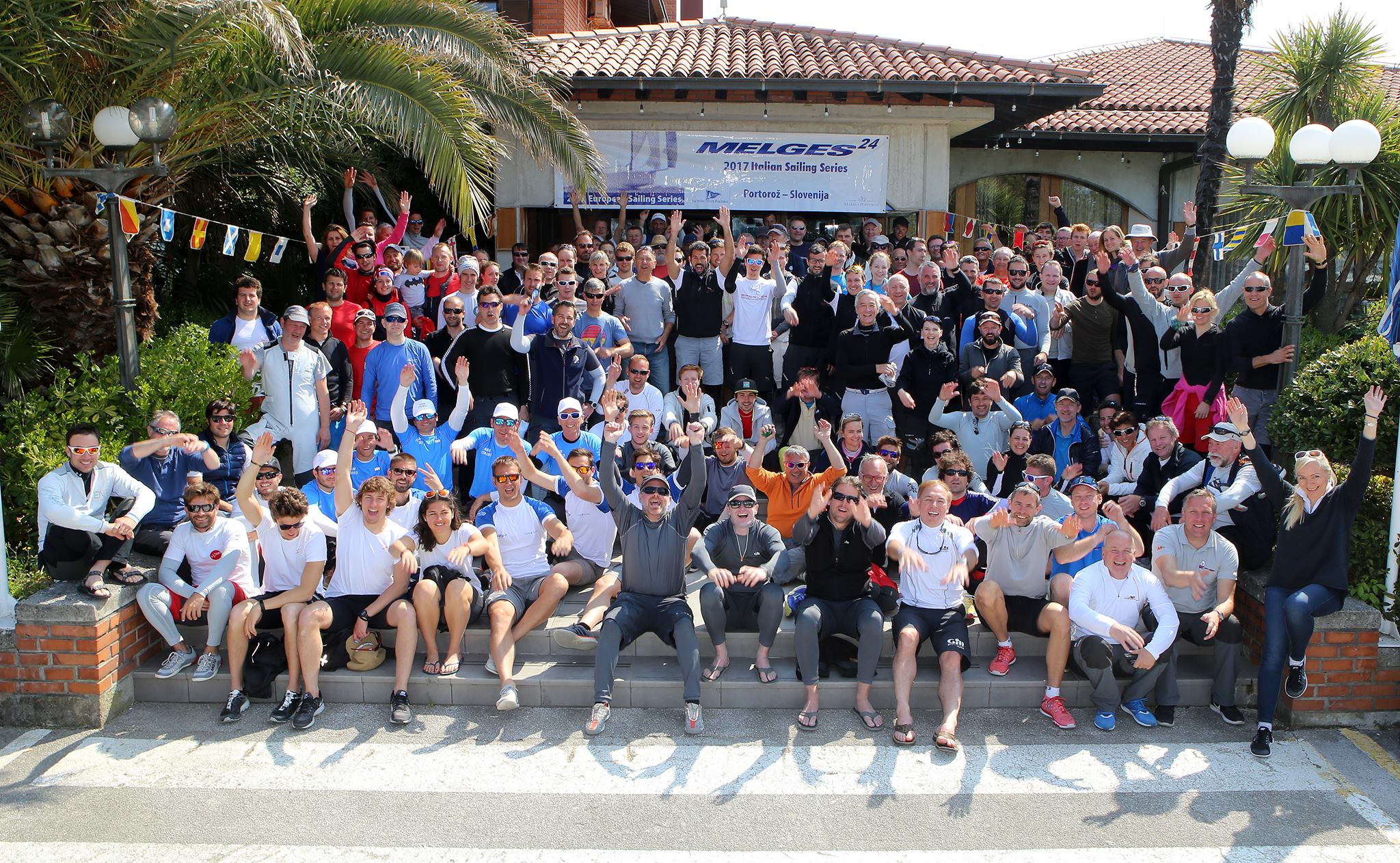 2017 Melges 24 European Sailing Series consists of the six events altogether. After the first event in Portoroz the series will lead to Riva del Garda in Italy in May; the points for the third event will be collected during the Swedish and Nordic Melges 24 Championship in Marstrand, Sweden in June; the most significant Melges 24 event of the season which is also the fourth event of the series, will be held in July-August in Helsinki, Finland, where the World Champion will be awarded; the fifth event will head to Medemblik in the Netherlands and the series will conclude with the sixth event in Luino, Italy in October.

Real-time racing updates from Portoroz can be replayed across the IM24CA and YC Portoroz social media. Each day, the IM24CA and Yachting Club Portoroz were working hard bringing you mark-to-mark action and updates via video, photos and text. Zerogradinord represented by Simona Bellobuono and Andrea Carloni were pushing hard to deliver wonderful photos and footage to you daily. You can follow all the latest actions and coverage of the event at the official IM24CA Facebook Page. 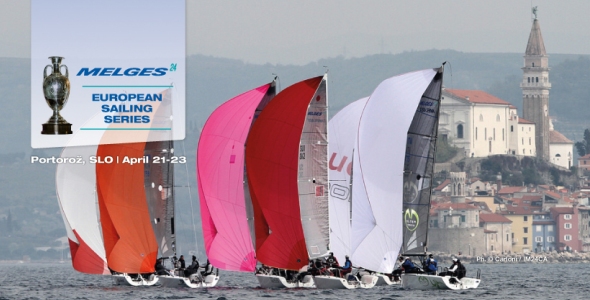