April 21, 2017 - Portoroz, Slovenia -  Just a perfect day! What else can you say about the day where all matches: wonderful weather with blue skies and sunshine, nice sea breeze up to 13 knots from South-West and happy Melges 24 sailors enjoying all of it at the first regatta of the European sailing season. The Race Committee under the supervision of PRO Bojan Gale managed to execute three great races for the first event of the 2017 Melges 24 European Sailing Series in Portoroz Slovenia underway until Sunday, April 23rd. 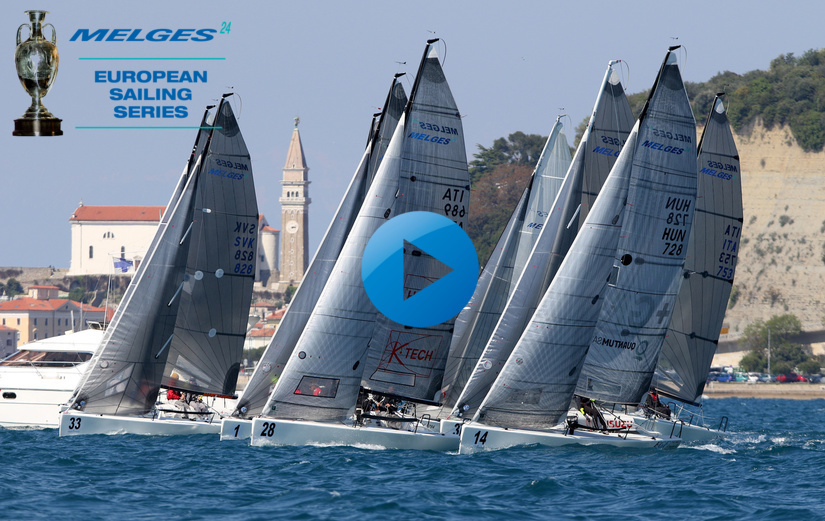 The morning of the first racing day started with the final registration confirming the final entry list with a record number of participants - thirty three teams coming from fifteen different countries, also having three Melges 24 sailors from U.S. sailing in Croatian team - what a wide geography for the event! Twenty three teams of them representing non-professionals, i.e. Corinthian fleet are showing the strong grass roots of the class. "This is the fourth year the Melges 24 European Sailing Series has come to Portoroz and this time we were committed to boost our international appeal. Therefore, we are especially delighted that such a large number of sailors from across Europe and even U.S. are racing with us welcoming all of the crews very warmly and hoping they will enjoy their stay in the Yachting Club Portoroz," said Branko Parunov, co-chairman of the organising committee. See the entry list.

At the Skippers Meeting lots of useful information was given from PRO Bojan Gale, International Jury Chairman Uros Zvan for the sailors about the sailing and social activities. The Vice Chairman of the International Melges 24 Class Association, Miles Quinton greeted Melges 24 sailors encouraging them to take part of the series events all around Europe and especially from the Melges 24 Worlds 2017 in Helsinki and to enjoy the first race of the European season here in lovely Portoroz. 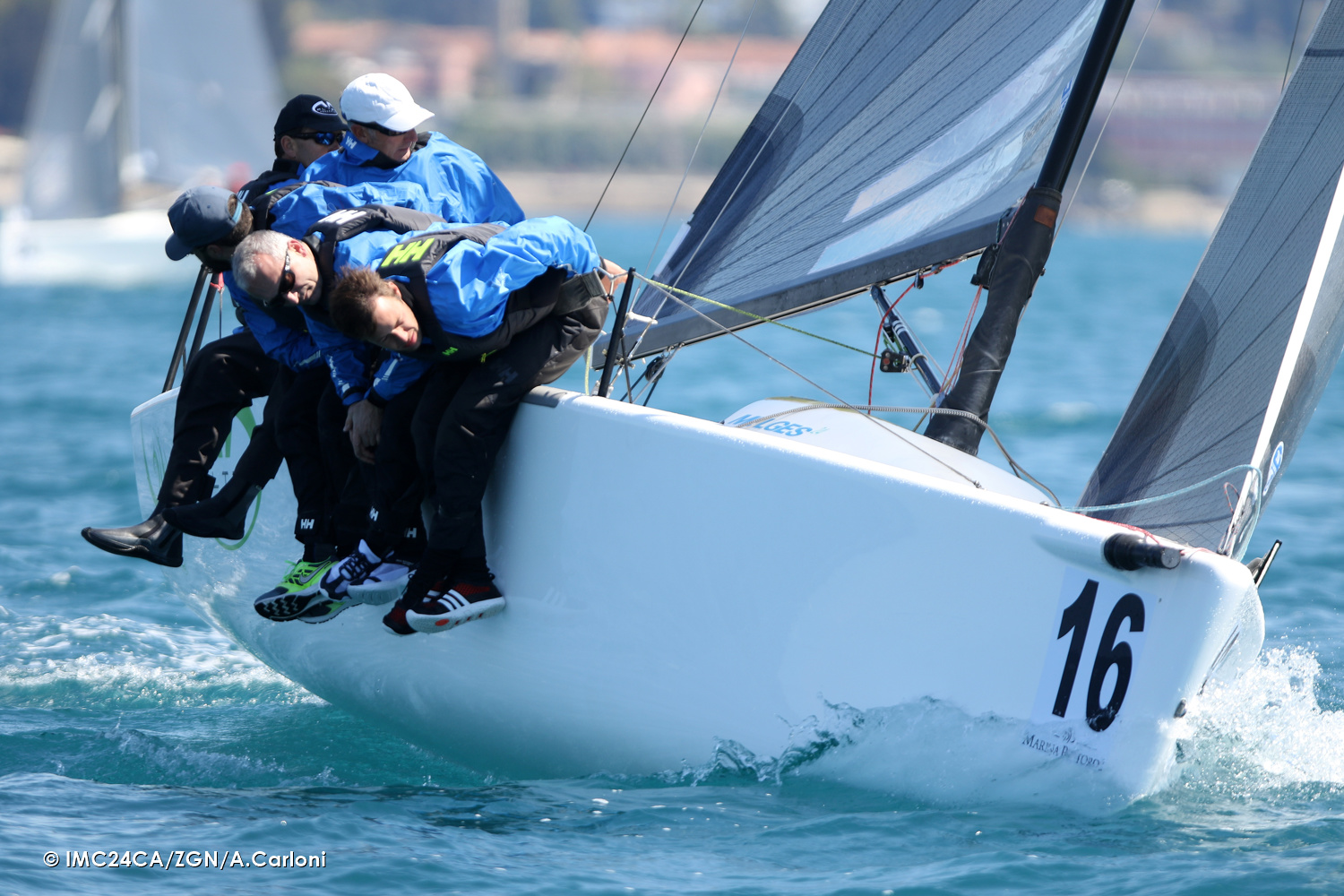 Wind conditions were just great for the Melges 24 - steady southwester of 13 knots up to 18 knots of gusts was a bit stronger than expected. During the second and third race choppy waves made the conditions trickier and the ones who managed to exploit it, managed also to the better positions on the finish line. Gaining the most from these conditions was the winner of the 2016 Melges 24 European Sailing Series Andrea Racchelli helming Claudio Ceradini's boat now, called also Altea (ITA722). Scoring two bullets and fourth place Andrea Racchelli said it was a good beginning both for the regatta and season. "We were a bit in a rush to prepare the boat, which is new for us. We haven't sailed during the wintertime since the Worlds in Miami, but our team is pretty much the same, everybody knows each other and team worked well together. The weather is super nice and all in all it was a perfect day!" said current leader Andrea Racchelli with a big smile. 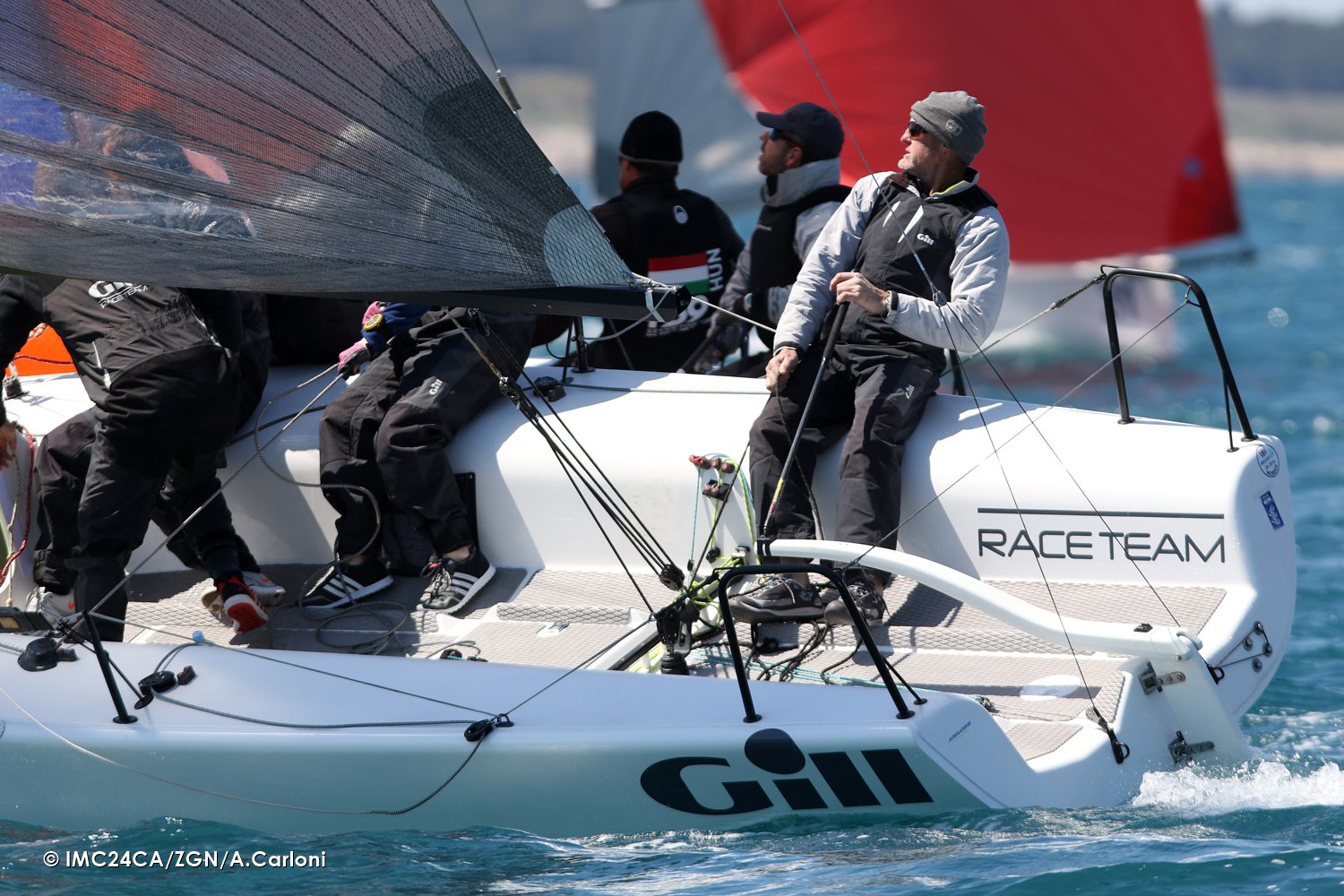 With a five points margin Altea is leading ahead of another 2016 winner - Miles Quinton's Gill Race Team (GBR694), who was Corinthian winner of the European series and achieved the top podium of the European Championship. With steady performance scoring 3-6-2 today and eleven points in total, the team with Geoff Carveth helming ended the day as the second in overall ranking and is on top of the leader board of the Corinthian fleet. 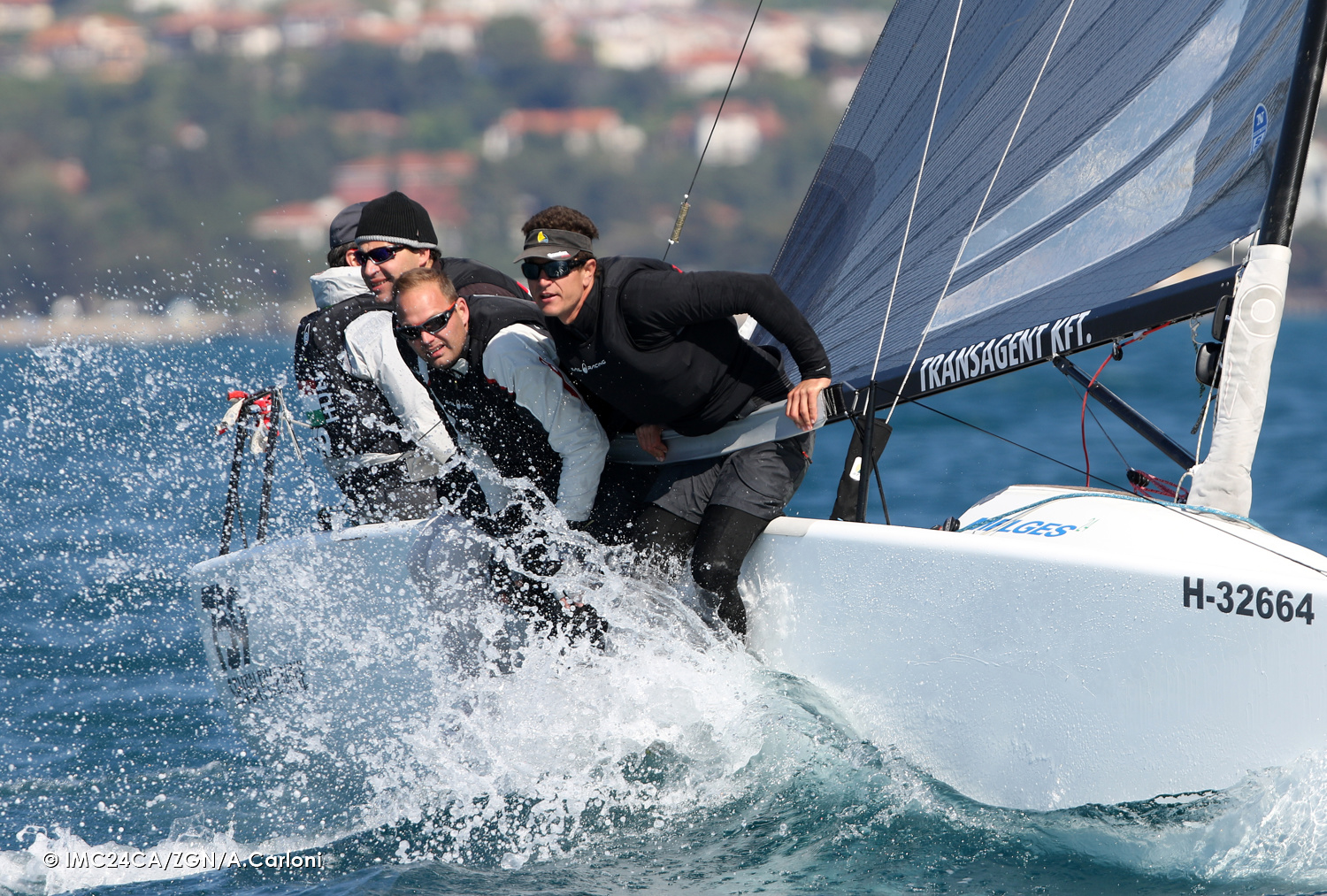 On the third placement with fourteen points in total (2-4-8 today) is experienced Hungarian team of Akos Csolto Seven-Five-Nine (HUN759) who is tied with a former 470-class Olympian, also Melges 24 Corinthian World and European Champion Tõnu Tõniste from Estonia on Lenny (EST790), being fourth (8-3-3). 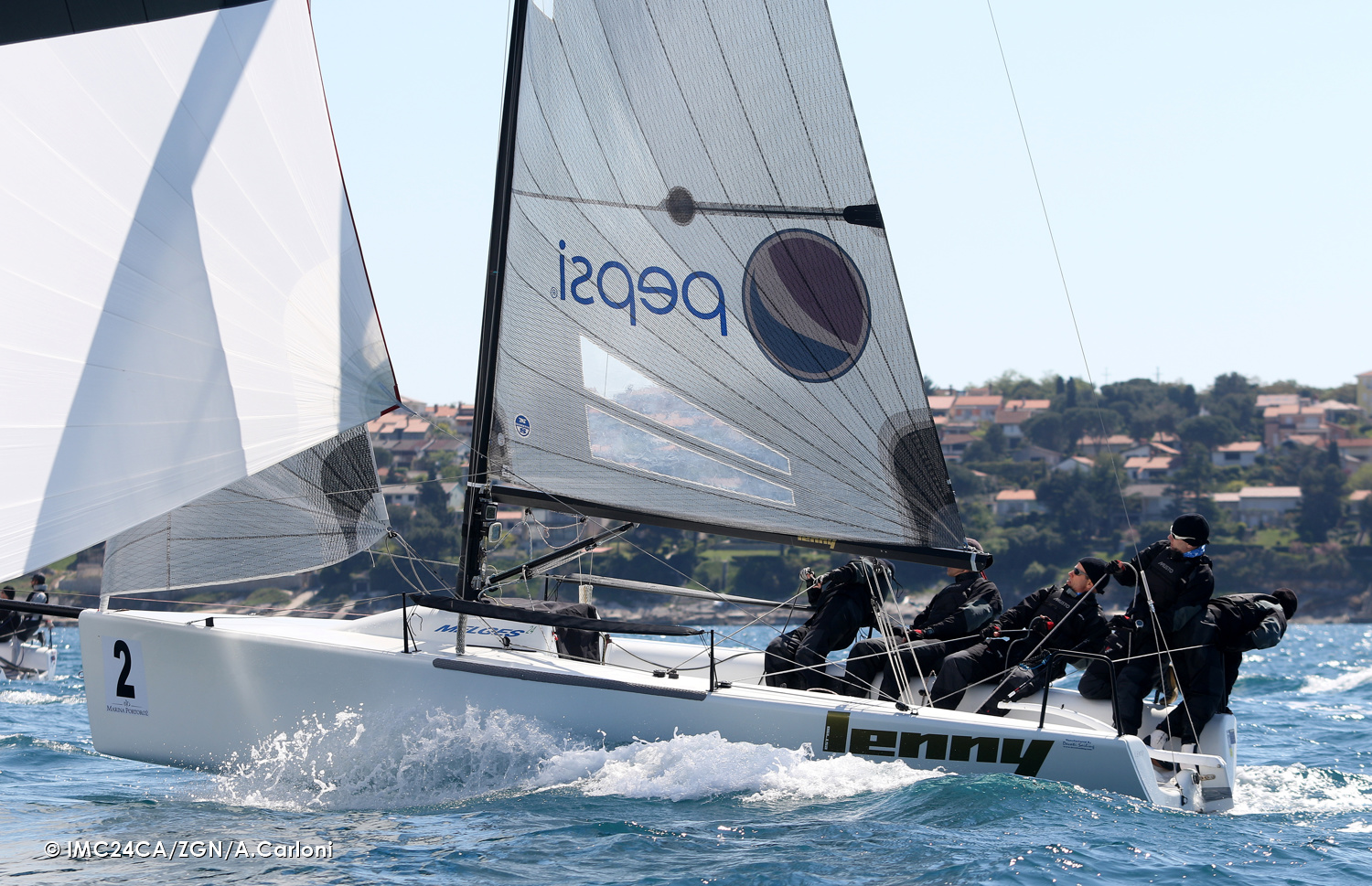 Regards to the Corinthian fleet, like said above, Miles Quinton's Gill Race Team (GBR694) is leading ahead of Tõnu Tõniste's Lenny (EST790). On the third position is Danish Bo Boje's Upupup (DEN837) with high level match racer Joachim Aschenbrenner calling the tactics, being fifth in the overall ranking.
See the full results

The competition is strong although the teams will find their moves yet after the long wintertime with no sailing. The racing has been scheduled to start at 11 a.m. on Saturday with racing in front of the picturesque skyline of medieval Piran.

Ashore the competitors will have plenty to keep them entertained with activities every night. Particular thanks must go to event sponsor Grand Casino Portoroz who will host a Welcome Party for all the participants this evening, and Marina Portoroz, who will spoil the sailors with a delicious gala dinner on Saturday. 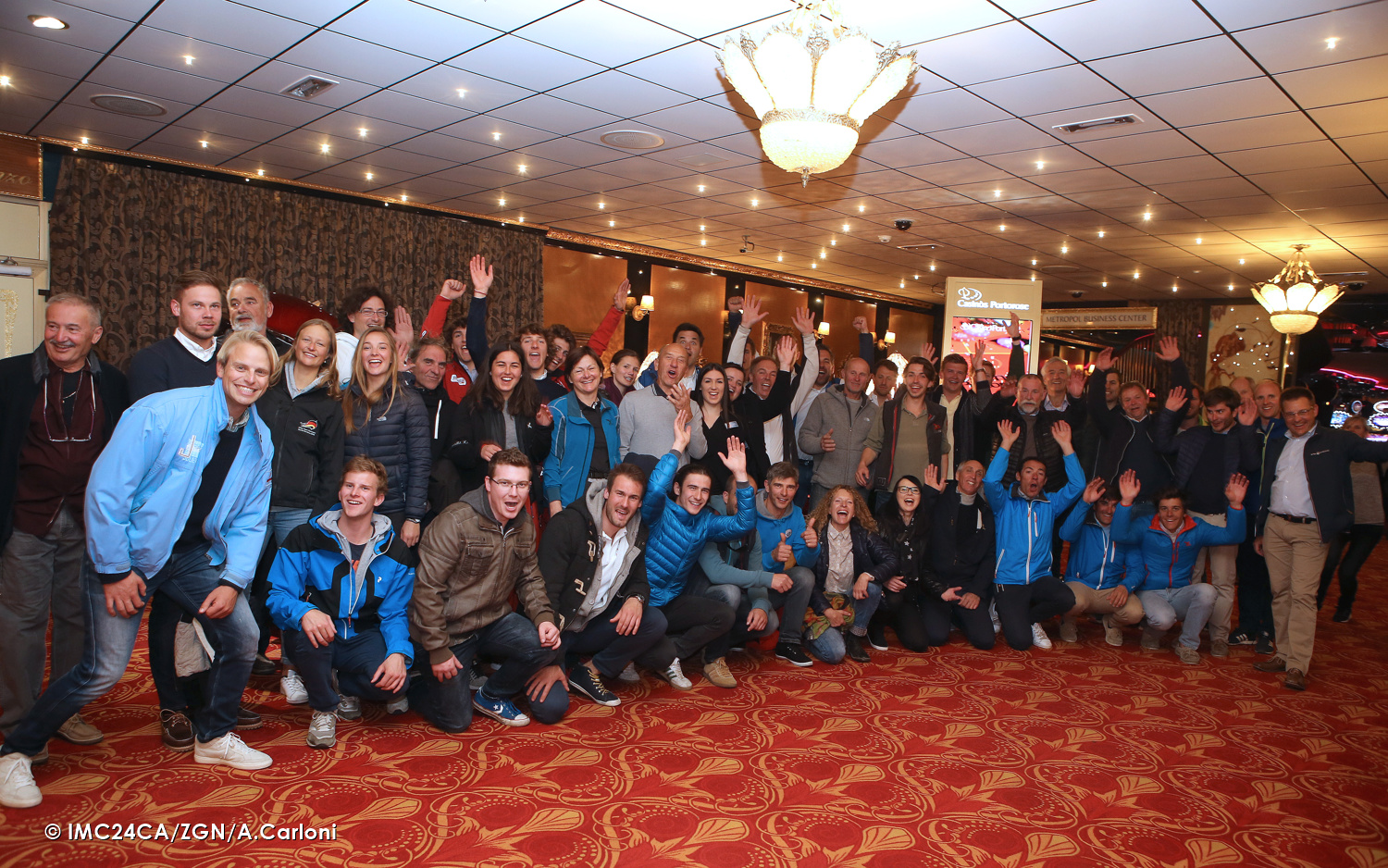 MELGES 24 MEDIA
Real-time racing updates from Portoroz will be coming across the IM24CA and YC Portoroz social media. Tune in for the latest racing information, results and updates online everyday at melges24.com/europeansailingseries. Each day, the IM24CA and Yachting Club Portoroz will be working hard to bring you mark-to-mark action and updates via video, photos and text. Zerogradinord represented by Simona Bellobuono and Andrea Carloni are pushing hard to deliver wonderful photos and footage to you daily. The latest actions will be accessible at the official IM24CA Facebook Page. Tell your friends and be sure to LIKE it to be updated.