June 15, 2017 – Marstrand, Sweden – After first two events of the 2017 Melges 24 European Sailing Series in Southern Europe, the International Melges 24 fleet is heading to the North. Third event of the series will be held in the Swedish sailing hot spot - on the west coast, in picturesque Marstrand on June 16-18. Melges 24 Swedish and Nordic champions will be found out during the regatta hosted by the Marstrands Segelsellskäp in co-operation with the Melges 24 Swedish Class Association and International Melges 24 Class Association (IM24CA). 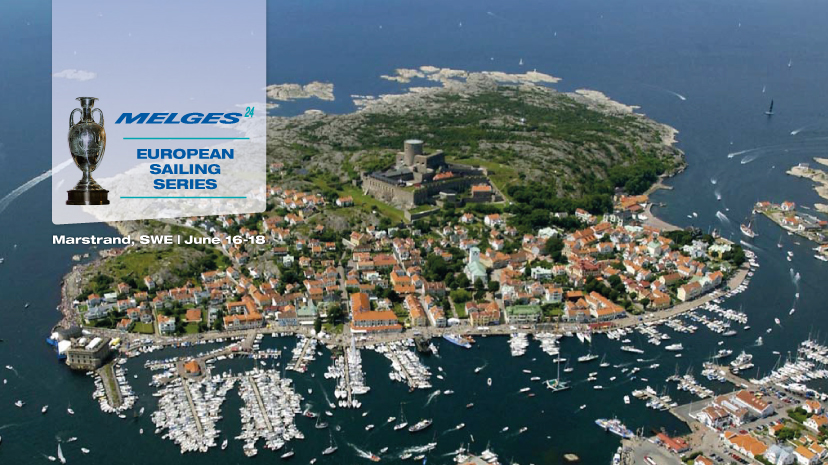 Marstrand is used to hosting major sailing events in classes like the RC44, IMS, ORCi, M32 catamarans, match race discipline and several Olympic classes. This is such a special place for sailors with spectacular and challenging racing waters. Tomas Skalen, the President of the Melges 24 Swedish Class Association is very excited about the upcoming event in Marstrand. "Never before has the Melges 24 class attracted such an impressive start field for a national championship in Sweden. We expect to see some really tough battles both for the Swedish and Nordic titles."

Among the participants there are teams who have been on the podium at the previous European Sailing Series' events this year, but also at the title events in the past: Luca Perego's Maidollis ITA854 with Carlo Fracassoli helming - 2016 Worlds' second and the winner of the Riva del Garda event in May; Miles Quinton's Gill Race Team GBR694 with Geoff Carveth in helm - 2016 Corinthian European Champion and Corinthian second both in Portoroz and Riva del Garda earlier this year; Marco Zammarchi's Taki 4 ITA778 with Niccolo Bertola helming - 2016 Corinthian World Champion and Corinthian winner of Riva event; Eelco Blok's Kesbeke / SIKA / Gill NED827 with Ronald Veraar in helm - Corinthian winner of the first European Act in Portoroz in April; Stian Briseid's Storm Capital Sail Racing NOR787 with peder Jahre in helm - multiple Corinthian World Champion. From overseas we'll see competing in Marstrand Wes Whitmeyer's SlingSHOT USA747 - 2016 Worlds' 12th and Kevin Welch's Mikey USA838 - 2016 Worlds' 16th.

Current ranking of the Melges 24 European Sailing Series
From the names mentioned above, Gill Race Team GBR694 is ranked as second at the current Melges 24 European Sailing Series' ranking at the same time being the leader of the Corinthian division. Taki 4 ITA778, who is ranked as second of the Corinthian ranking, is on the fourth position in the overall ranking. Also Bo Boje Pedersen's Upupup DEN837 and Jan Mattsson's Mimosa FIN529, respectfully 5th and 9th in the current ranking, have good chances to climb to the higher positions in the ranking as the rest of the Top 10 teams won't be in Marstrand.

The racing in Marstrand will start on Friday, June 16 at midday. Nine races are scheduled for three racing days and minimum of three races must be completed to constitute a Swedish and Nordic Championship. Since fourth completed race, the discard of the worse result will apply.

2017 Melges 24 European Sailing Series consists of the six events altogether. The first event was held in Portoroz in April, the second regatta was sailed in Riva del Garda in Italy in May; the points for the third event will be collected during the Swedish and Nordic Melges 24 Championship in Marstrand, Sweden in June; the most significant Melges 24 event of the season which is also the fourth event of the series, will be held in July-August in Helsinki, Finland, where the World Champion will be awarded; the fifth event will head to Medemblik in the Netherlands and the series will conclude with the sixth event in Luino, Italy in October.

Any queries regarding the event on Marstrand can be directed to:
Marstrand Segelsellskäp
Hans Zickerman
hans.zickerman@gmail.com
and
Marcus Blomberg
m.blomberg@mclub.se