June 18, 2017 - Marstrand, Sweden - It rarely happens that six podium places in two different divisions will be filled by the six boats only. But that's what happened in Marstrand, Sweden today at the Melges 24 Swedish and Nordic Championship also as the third regatta of the 2017 Melges 24 European Sailing Series. Two top podium places both in overall fleet and in Corinthian division (professional sailors not allowed in this division) were filled by the Corinthian teams. The double winner and the Melges 24 Nordic Champion 2017 is Italian Taki 4 ITA778 and the second podium places were filled by the Great Britain's Gill Race Team GBR694. To the third place in the overall podium was stepping the team SlingSHOT USA747 from U.S. and Corinthian podium was completed by Miss Devil SWE666 of Sweden.

Though conditions with some 2-3 meters high waves and wind of 20-26 knots, were met by the Melges 24 fleet in Marstrand this morning. The conditions were calming during the first race so that the Race Committee decided to hoist flag Tango to display the longer course of three laps for the final race of the event. Unfortunately quite some boats have been chosen not to start the racing and some were also forced to retire including the current leader Maidollis ITA854, who broke their jib before the first race of the day. Maidollis was asking the Race Committee for a postponement, but the PRO unfortunately refused the request, on the contrary of what he did in the previous days, when similar requests from other boats were met. Maidollis was starting later, was doing the first lap, but decided still to retire and not to sail the last race of the day to avoid any possible damage before the World Championship in Helsinki. Also Danish Upupup DEN837 was forced to retire before the racing due to the collision accident.

Marco Zammarchi's Taki 4 ITA778 with Niccolo Bertola in helm was keeping their performance at the highest level getting the bullet from the first race and third from the final. The worse result in their series was 10th place, which was discarded, but otherwise in the entire series they did not achieve any placements worse from the fifth scoring in total of twenty two points.

Niccolo Bertola, the helmsman of Taki 4,  was saying after the prize giving that it was a very good weekend for them in different conditions here in Marstrand. "We decided to come here to improve and have a good training for the Worlds in Helsinki. We were not expecting to win the regatta here, but it's been a good year, we have been working hard and of course we are happy about the victory." Talking about the next goal it will be of course the World Championship in Helsinki. Taki 4 team will arrive there a week before the Worlds to participate at the Melges 24 Finnish Championship to learn the place and to sail and practice in the local conditions. "We will be there and ready to do our best at the World Championship!" Niccolo said. In Marstrand Taki 4 team was completed by Niccolo Bertola, Giacomo Fossatti, Marco Zammarchi, Francesco Bianchi, Giovanni Bannetta and coach Niccolo Bianchi. 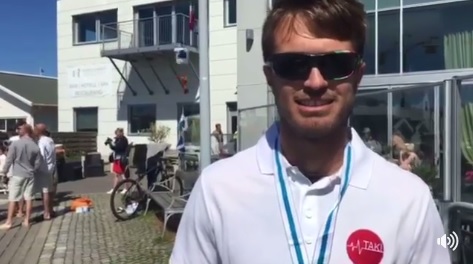 INTERVIEW - Niccolò Bertola, the helmsman of Taki 4 ITA778- the winner of the Melges 24 Swedish and Nordic Championship and the 3rd event of the 2017 Melges 24 European Sailing Series in Marstrand, is talking about the regatta, conditions, competitors and about the upcoming Melges 24 Worlds 2017 in Helsinki.

Miles Quinton's Gill Race Team GBR694  with Geoff Carveth helming was improving its performance day by day in Marstrand being very consistent, especially during the last two days. The score of 6-10-2-2-3-5-4-5 and the total of thirty seven points secured them second podium place after Italian Taki 4. SlingSHOT USA747 team with Wes Whitmyer Jr helming was performing well, especially with today's strong conditions getting the bullet from the final race and second position from the first one. SlingSHOT was completing the overall podium being just four points behind the Gill Race Team. It was great to see strong Norwegian and Danish fleet competing here for the Nordic title and to prepare for the Worlds in Helsinki - true Nordic Championship with international participation! 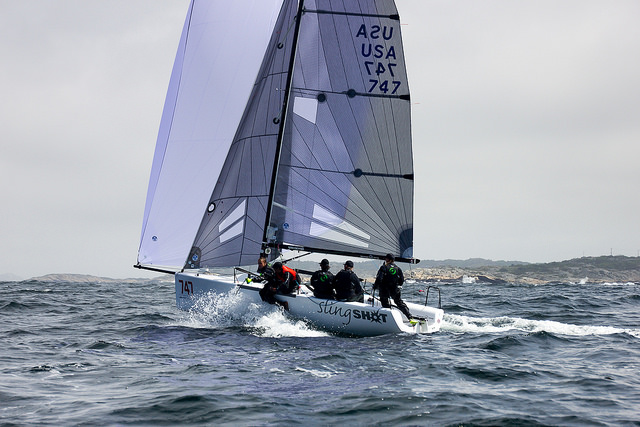 Regards to the Corinthian division, as told earlier, Italian Taki 4 and Great Britain's Gill Race Team had their Corinthian moment in both rankings and the third podium place was kept in the Nordic. Tomas Skalen's Miss Devil SWE666 managed to hold this position since the second day and was happy about their performance towards the Worlds in Helsinki in such a competitive fleet (11th place in the overall ranking). 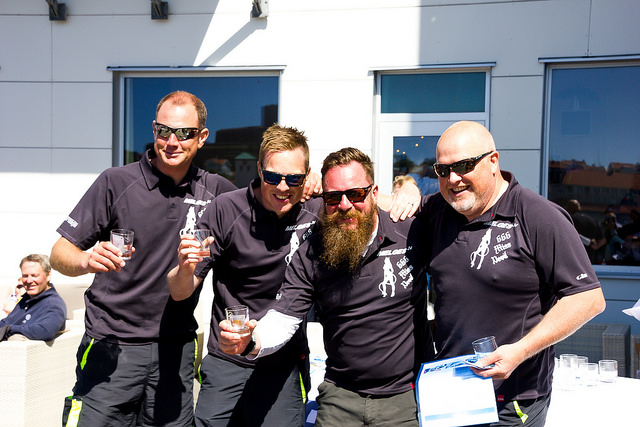 Tomas Skalen's Miss Devil SWE666 managed to hold its position since the second day and was keeping the third position of the Corinthian division in the Nordic. Photo (c) Anna Bergkvist

International Melges 24 Class Association would like to thank the hosting club Marstrands Segelsällskap and their team together with Marstrands Marina and Melges 24 Swedish Class Association for organizing this event in Marstrand with great After Sails and Sailors' Dinner supported by the local sponsors - Maritime Hotel, Liros' Sailors Shop, Shanti-Shanti restaurant.

2017 Melges 24 European Sailing Series consists of the six events altogether. The first event was held in Portoroz in April, the second regatta was sailed in Riva del Garda in Italy in May; the third event was held during the Swedish and Nordic Melges 24 Championship in Marstrand, Sweden in June; the most significant Melges 24 event of the season which is also the fourth event of the series, will be held in July-August in Helsinki, Finland, where the World Champion will be awarded; the fifth event will head to Medemblik in the Netherlands and the series will conclude with the sixth event in Luino, Italy in October.

Any queries regarding the event on Marstrand can be directed to: 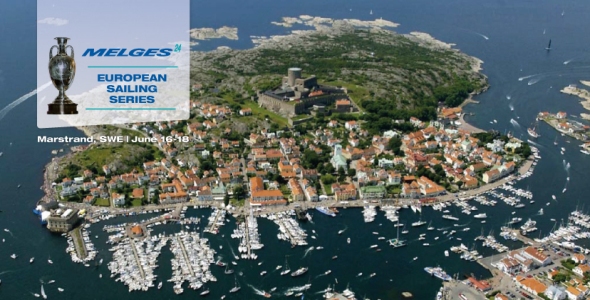