October 14, 2017 - Luino, Italy- Southern Inverna wind doesn't fill in as much as forecasted in the second day of Lino Favini Cup, last event of the Melges 24 European Sailing Series, and the Race Committee guided by PRO Fabio Barrasso, after some waiting on the water, manages to conclude just one race added to the three already sailed yesterday. 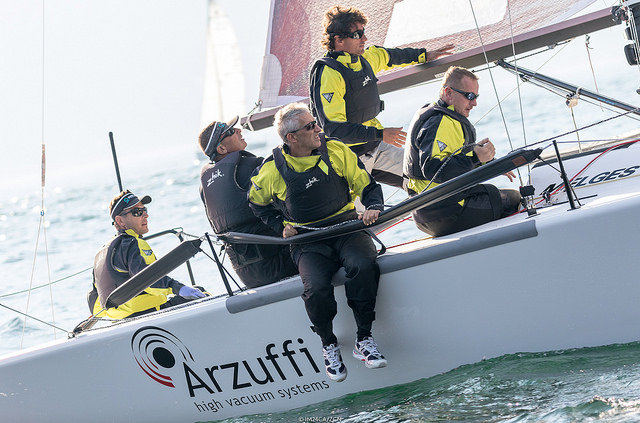 The race of today didn't bring changes in the top three of the provisional ranking, although also one discard of the worst race came into play. Italian MAIDOLLIS of Gian Luca Perego with Carlo Fracassoli helming, maintaining the leadership, followed by Hungarian FGF SAILING TEAM with Robert Bakoczy in helm and by Marco Zammarchi's TAKI 4 with Niccolo Bertola in helm as third. 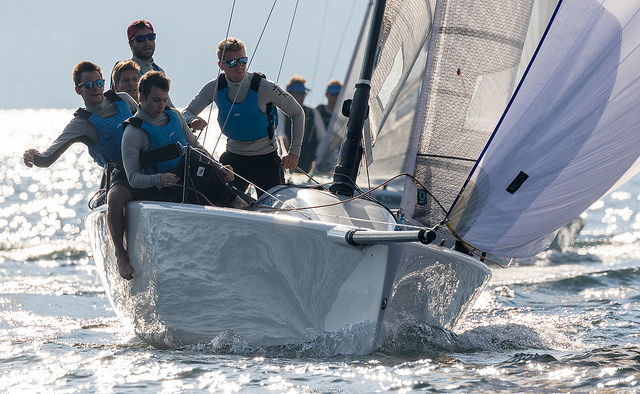 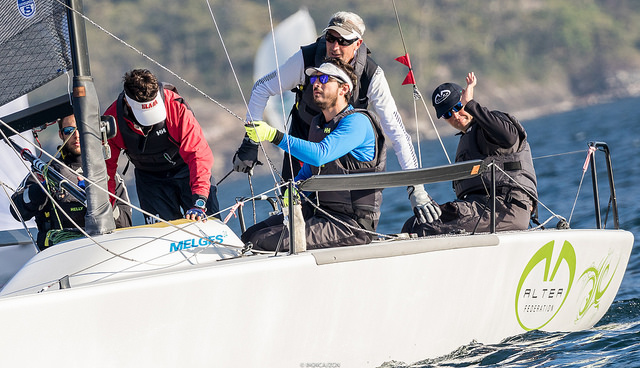 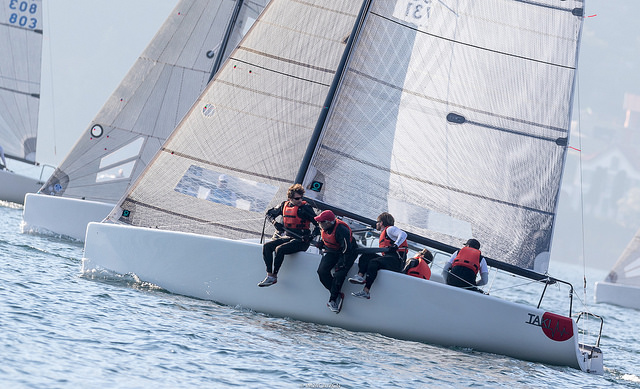 Also in Corinthian division the leadership remains unchanged, with TAKI 4 tightly maintaining the margin with a bullet today over the followers on board of Miles Quinton's GILL RACE TEAM, helmed by Geoff Carveth. German entry of Michael Tarabochia WHITE ROOM with Luis Tarabochia helming,  slips into fourth position, leaving room to another German team MUSTO RACING helmed by Kicker Schäfer,  that closed the race of today in second position among the Corinthian division.
Full results of the Corinthian Division

Today the Melges 24 sailors will enjoy the wonderful hospitality of the AVAV over a dinner with entertaining live music and lottery arranged by the supporters of the Lino Favini Cup.

Tomorrow, last day of racing, up to three races can be sailed to award the perpetual trophy of the Lino Favini Cup and to determine the winners of 2017 edition of the Melges 24 European Sailing Series.

MELGES 24 MEDIA
Racing updates from Luino will be delivered to you across the IM24CA social media. Each day, the IM24CA and Zerogradinord will work hard to bring you updates via video, photos and text. Zerogradinord represented by Mauro Melandri and Silvia Gallegati will push hard to deliver wonderful photos to you daily and video footage after the event. Racing can be followed also in real time via TracTrac webpage on Saturday and Sunday. You can follow all the latest actions and coverage of the event at the official IM24CA Facebook Page.

Associazione Velica Alto Verbano is hosting this final event of the Melges 24 European Sailing Series for the third time already co-organized by International Melges 24 Class Association, with the precious support of Lino Town Council and of Chamber Of Commerce of Varese.

More information about the series, the Notice of Race and online registration of the events are available at melges24.com/europeansailingseries