October 12, 2017 - Luino, Italy- Expectations are growing for the great finale of the 2017 edition of the Melges 24 European Sailing Series, whose beginning is scheduled for tomorrow, Friday 13th, at noon.
Twenty-five teams from eight countries have already gathered in Luino, on the Eastern shore of Lago Maggiore, ready to start a series of up to eight races that will determine the winner of the 2017 Melges 24 European Sailing Series, 2017 Melges 24 Italian Series, Melges 24 Swiss champion and the winner of the leg itself, called Lino Favini Cup, taking place for the 14th time already. 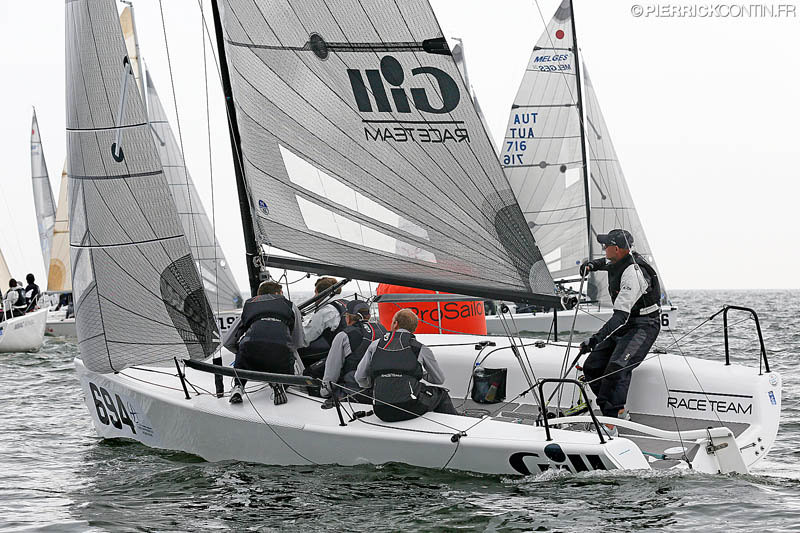 Miles Quinton's GILL RACE TEAM GBR694 with Geoff Carveth in helm at the 2017 World Championship in Helsinki, Finland. Photo (c) Pierrick Contin - www.pierrickcontin.fr
Current leader of the overall ranking is GILL RACE TEAM by Miles Quinton with Geoff Carveth helming, only crew that has taken part to all the events of the season. The British entry is followed in the overall ranking by the Hungarian guys aboard FGF SAILING TEAM, who missed only one event in the whole season, and by the twice Corinthian World Champions in 2016 and 2017, the Italians of TAKI 4 by Marco Zammarchi, with Niccolò Bertola in helm.
The top-five is completed by UPUPUP by Bo Boje Pedersen and SEVEN-FIVE-NINE, another Hungarian entry, by Akos Csolto.
Overall standings of the series 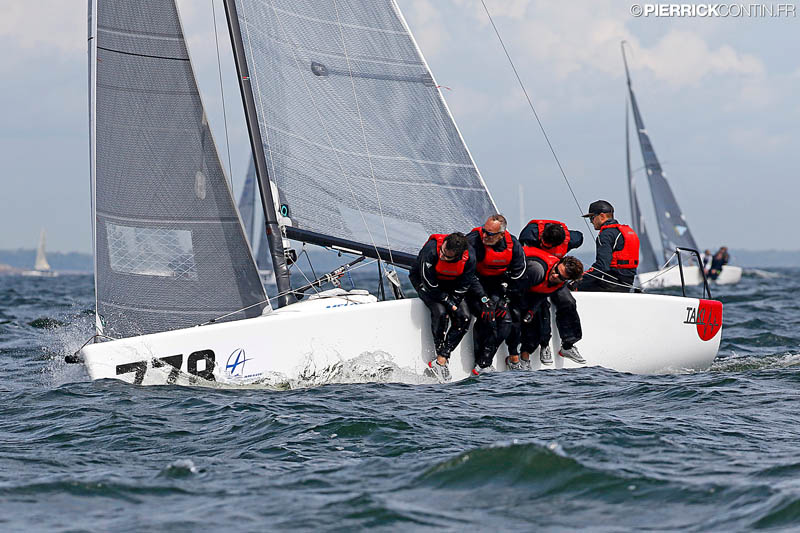 TAKI 4 ITA778 by Marco Zammarchi with Niccolo Bertola in helm at the 2017 Melges 24 Worlds in Helsinki, Finland. Photo (c) Pierrick Contin - www.pierrickcontin.fr
TAKI 4, after the successes of the season, is tightly holding the leadership in the overall Corinthian ranking, where second place is occupied by the above named GILL RACE TEAM, then followed by BARMALEY, Ukrainian crew with Andrea Shafranyuk in helm. The already Corinthian World Champions of LENNY from Estonia are currently ranked in fourth, leaving at their back the German entry WHITE ROOM.
Corinthian division ranking 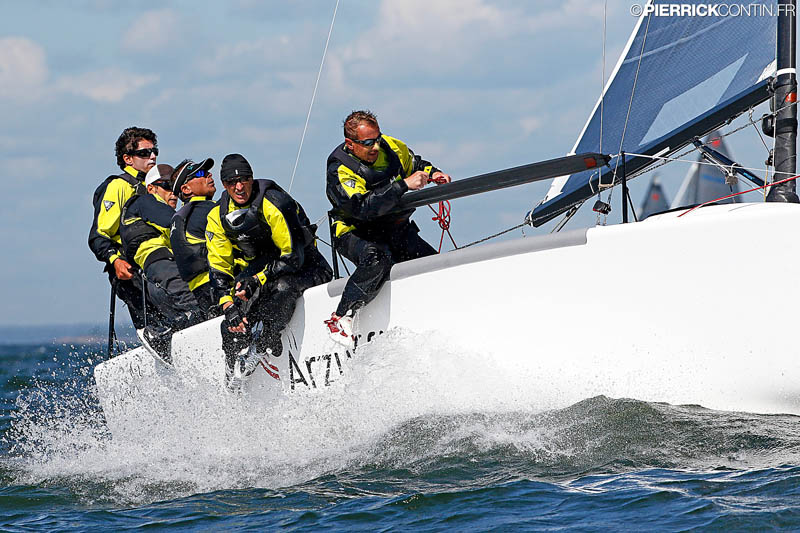 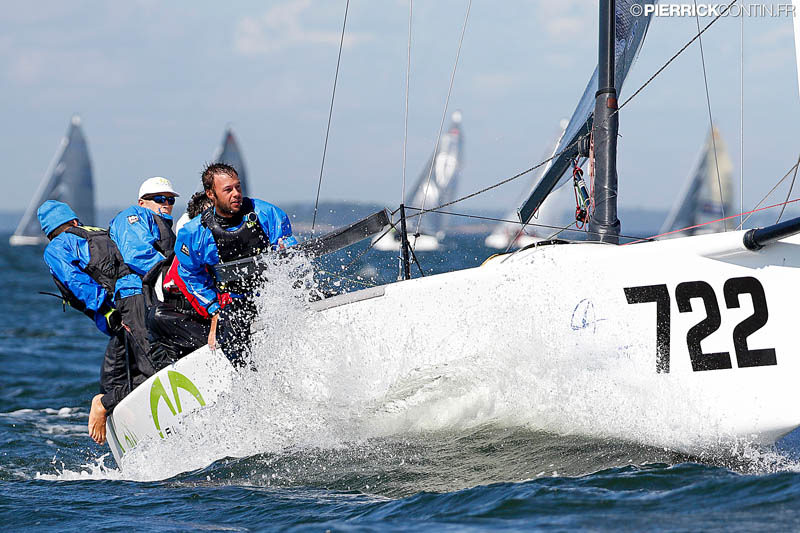 Andrea Racchelli's ALTEA ITA722 at the 2017 Melges 24 Worlds in Helsinki, Finland. Photo (c) Pierrick Contin - www.pierrickcontin.fr
Among the entries to keep under the spotlight, there will be the 2017 World Champions aboard Gianluca Perego's MAIDOLLIS, with the couple Fracassoli-Fonda at helm and tactics, holding currently Lino Favini Perpetual Trophy, that will be assigned to the winner of the 2017 Lino Favini Cup; and Andrea Racchelli's ALTEA, current holder of perpetual trophy of the Melges 24 European Sailing Series.
See the Entry List

SCHEDULE
Thursday October 12:  09.00-12.30 / 14.30-18.00 Registration and Weigh-in
Friday October 13: 08.30-10.30 Registration, Weigh-in
10.30 Deadline for Registration, Weigh-in
10.30 Skippers Briefing
12.00 First Warning Signal
Saturday October 14: Races
Sunday October 15: Races, Prizegiving
MELGES 24 MEDIA
Racing updates from Luino will be delivered to you across the IM24CA social media. Each day, the IM24CA and Zerogradinord will work hard to bring you updates via video, photos and text. Zerogradinord represented by Mauro Melandri and Silvia Gallegati will push hard to deliver wonderful photos and footage to you daily. Racing can be followed also in real time via TracTrac webpage on Saturday and Sunday. You can follow all the latest actions and coverage of the event at the official IM24CA Facebook Page.

Associazione Velica Alto Verbano will be the hosting event for this final event for the third time already co-organized by International Melges 24 Class Association, with the precious support of Lino Town Council and of Chamber Of Commerce of Varese.
The busy season of the Melges 24 European Sailing Series 2017 started in Portoroz, Slovenia in April followed by the second regatta in Riva del Garda, Italy in May and the third in Marstrand, Sweden in June. Fourth event, the most important title event of the year - the World Championship - was held in Helsinki, Finland in August and the fifth event in Medemblik, the Netherlands, in September.
More information about the series, the Notice of Race and online registration of the events are available at melges24.com/europeansailingseries
Follow also:
Event in Facebook
Facebook of the International Melges 24 Class Association
Website of the International Melges 24 Class Association