October 15, 2017 - Luino, Italy - After six events that moved all over Europe, from Portoroz to Riva del Garda, Marstrand, Helsinki, Medemblik and Luino, the 2017 edition of the Melges 24 European Sailing Series comes to an end with a total of ninety teams from eighteen nations that joined the circuit reserved to Melges 24 monotypes. 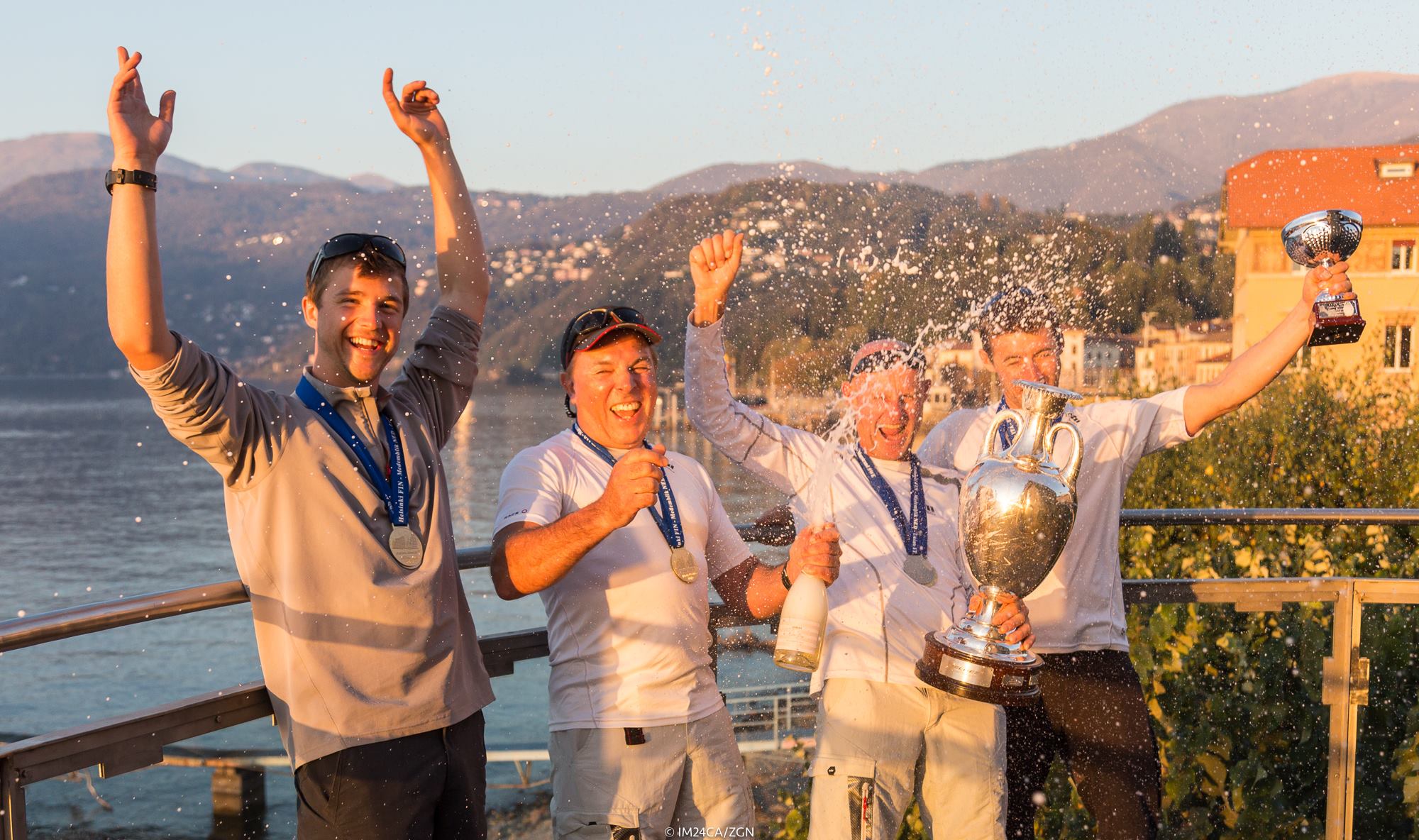 Miles Quinton's GILL RACE TEAM GBR694 with Geoff Carveth in helm is the winner of the 2017 edition of the Melges 24 European Sailing Series, replicating their success of 2015 - photo (c) IM24CA/ZGN

Having taken part to all the events of the season, not missing even one of the 51 sailed races, Miles Quinton's GILL RACE TEAM GBR694 with Geoff Carveth in helm is the winner of the 2017 edition of the Melges 24 European Sailing Series, replicating their success of 2015 and following in the golden book to Andrea Racchelli's ALTEA ITA722, winner of the circuit in 2016. 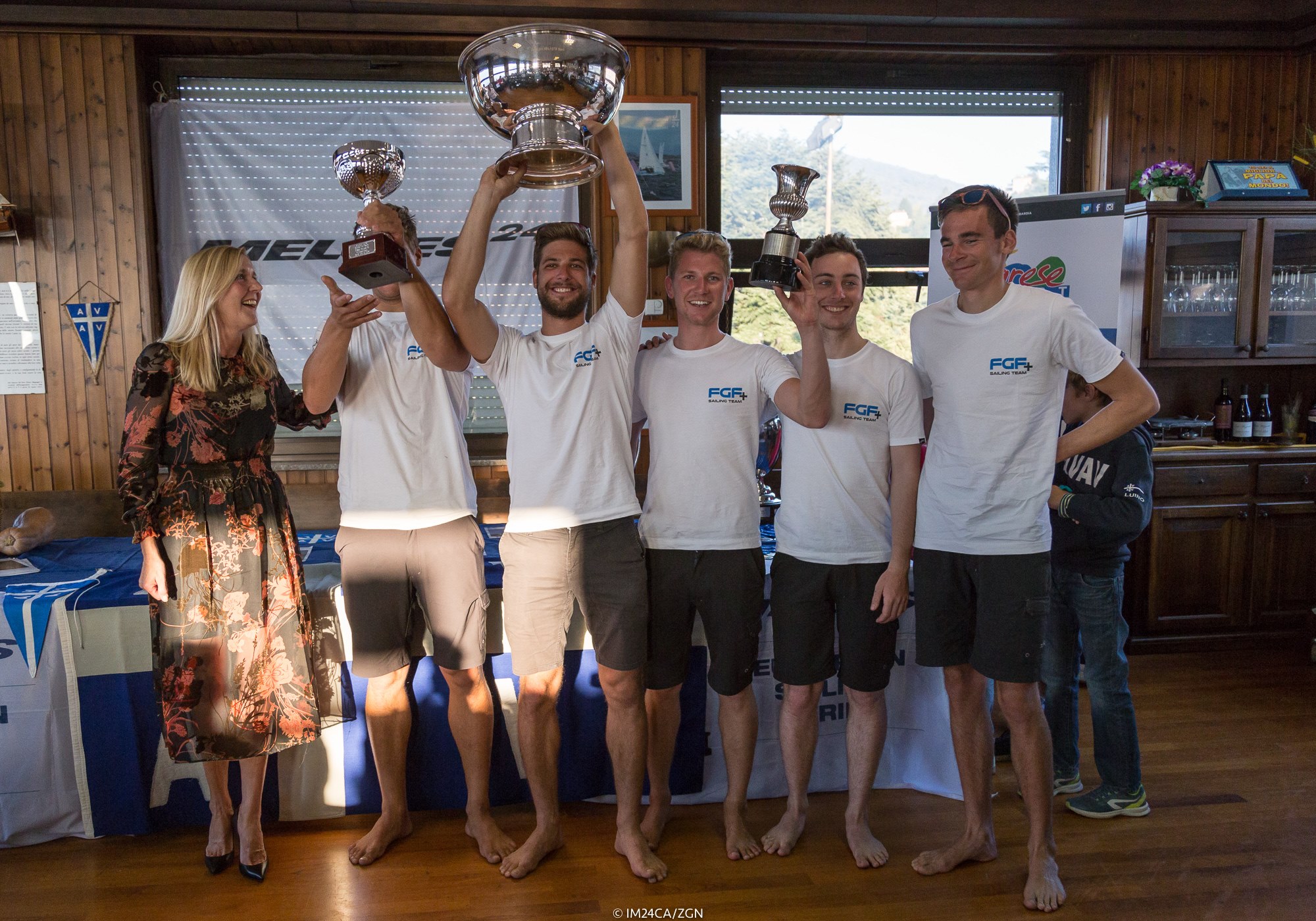 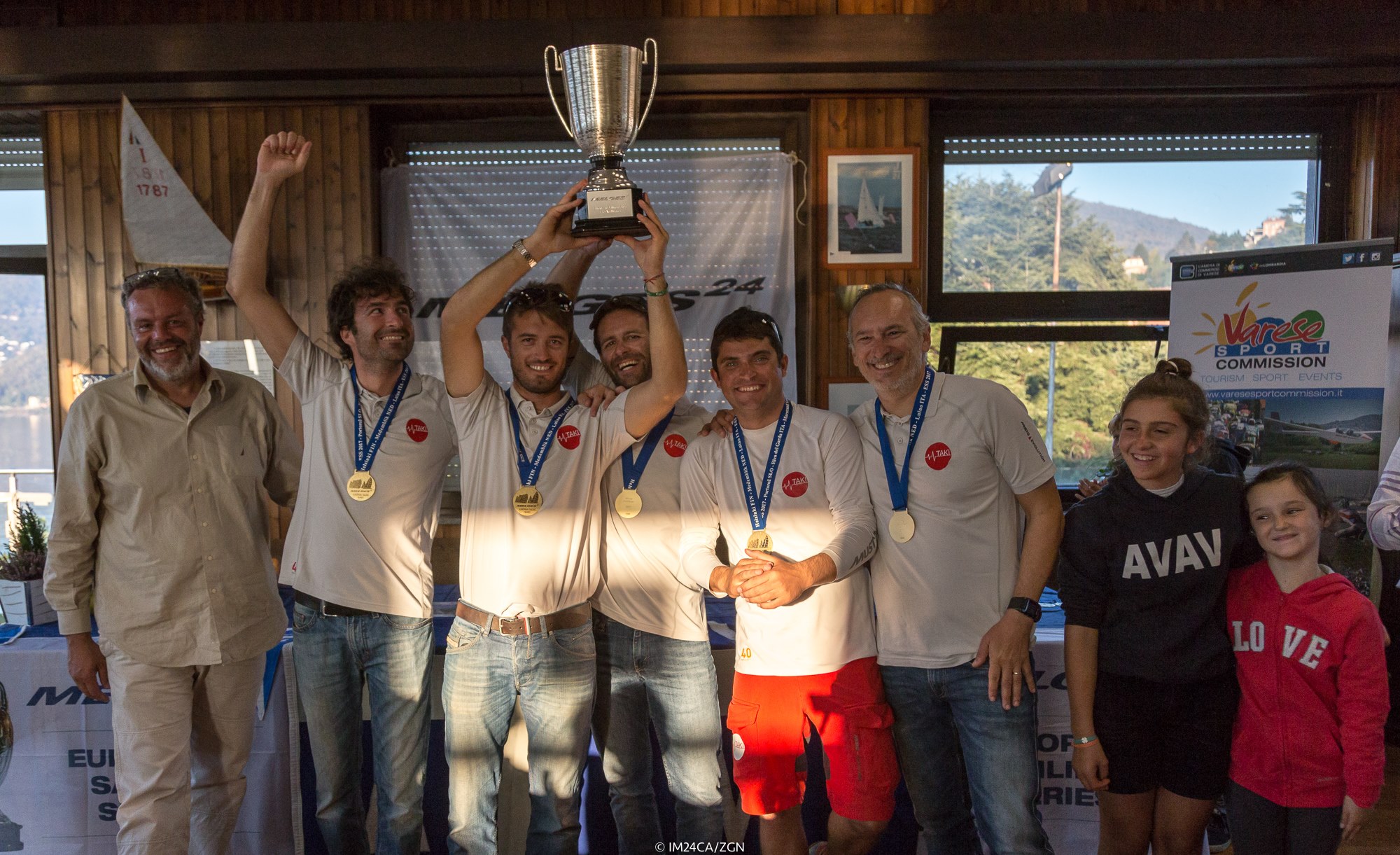 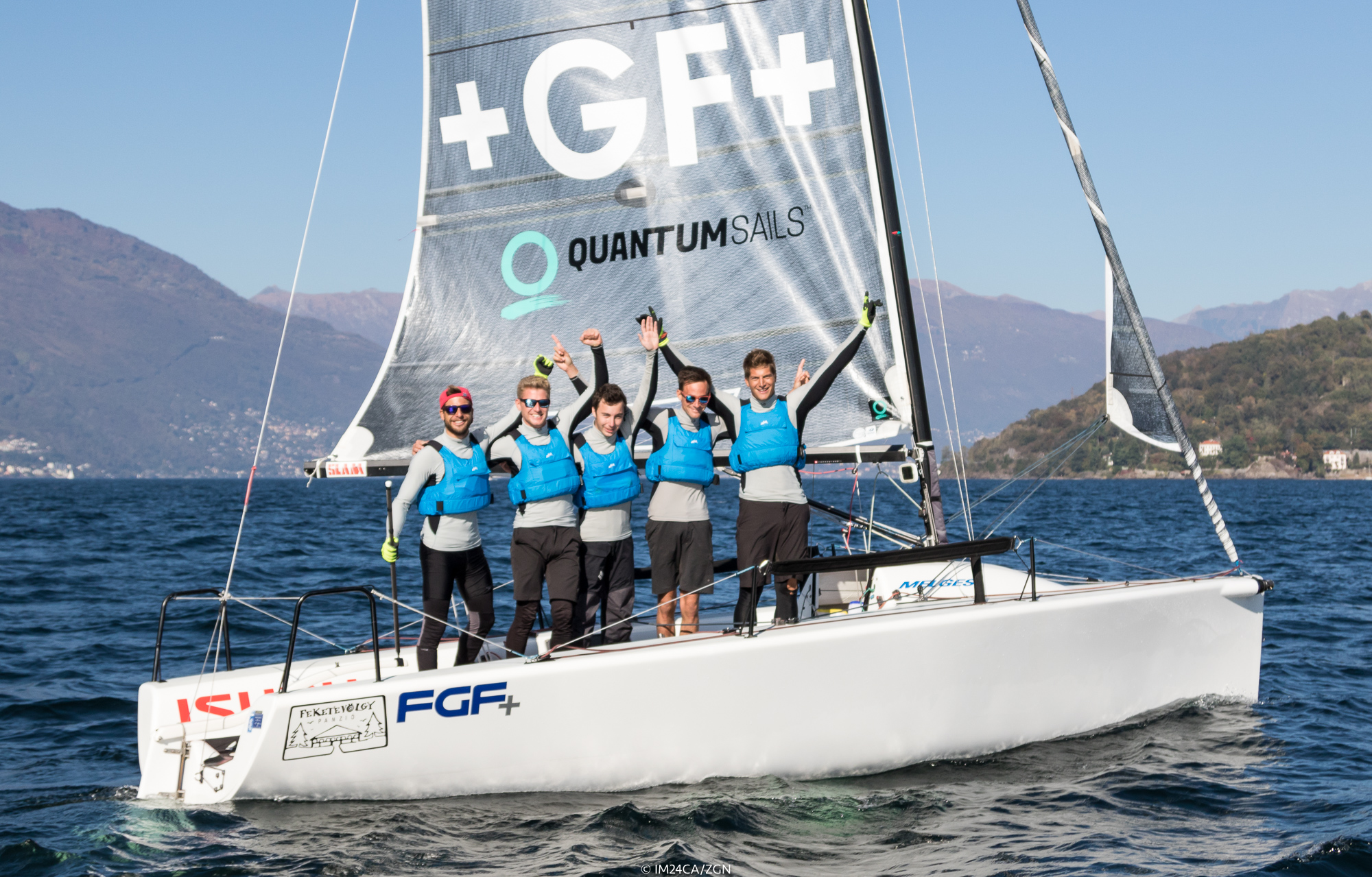 The last day of racing in Luino, event valid also as Lino Favini Cup, brought many changes in the overall ranking: provisional leaders aboard MAIDOLLIS ITA854 were forced to withdraw from the day of racing because of their tactician Enrico Fonda being ill, and other top-teams slipped from podium positions because of the big wind shift and shortening the race course that affected the first race of the day. With a 12th and a 1st, FGF SAILING TEAM managed to get on top of podium, being awarded with Lino Favini Cup Perpetual Trophy and were crowned also as the Melges 24 Swiss champions, followed by the consistent Danish entry SOFFE DEN782 of Kim Christensen that never scored anything worse than a 6th in the whole series. Bronze medal in Lino Favini Cup goes to TAKI 4 that is also winner in the Corinthian division.
The Corinthian podium was not much affected by the unpredictable races of today, with TAKI 4 being followed by GILL RACE TEAM and Michael Tarabochia's WHITE ROOM GER677 with Luis Tarabochia helming. Eddy Eich's MUSTO RACING GER803 helmed by Kicker Schäfer, third after the races of yesterday, closed the event slipping into seventh position.
Full overall results of the Lino Favini Cup
Corinthian division results of the Lino Favini Cup
Day Three photo gallery by (c) IM24CA/Zerogradinord
The Melges 24 fleet now leaves Lake Maggiore, where the event was hosted by Associazione Velica Alto Verbano: after the winter break, the season will resume in 2018, dates and locations will be announced shortly.
Associazione Velica Alto Verbano was hosting this final event of the Melges 24 European Sailing Series for the third time already co-organized by International Melges 24 Class Association, with the precious support of Lino Town Council and of Chamber Of Commerce of Varese.
More information about the series, the Notice of Race and online registration of the events are available at melges24.com/europeansailingseries
FULL PRESS RELEASE