2017 Melges 24 European Sailing Series: Gill Race Team and Taki 4 On Top of The Rankings Before the Finale Grande in Luino

October 3, 2017 – IM24CA – 2017 Melges 24 European Sailing Season is approaching its finish soon. Five events completed and finale grande – Lino Favini Cup, the Melges 24 Swiss Open Championship and the final act both for the European and Italian series – will determine the winners of the season-long tour in Europe over the weekend of October 13-15.

Eighty-nine teams, including the fifty-five Corinthian teams, have been competing at the events of the Melges 24 European Sailing Series this year. The World Championship in this part of the world has created more excitement and rivalry, no doubt. Seven teams shipping their boats to Europe or renting a charter boat not only for the title event, but also for the other events, has been great and fostered stronger connections between different continents in Melges 24 family. Eighteen nations are represented in the series ranking having the biggest number of teams participating from Germany and Sweden, followed by Italy and Norway.

Forty-five single races have been sailed during five events with seven discards as according to the scoring after every sixth race sailed a discard will apply. The only team travelling to all events of the series is Miles Quinton’s GILL RACE TEAM from Great Britain with Geoff Carveth helming. The teams who have missing only one event are Italian TAKI 4, Hungarian FGF SAILING TEAM and SEVEN-FIVE-NINE, Danish UPUPUP, and Ukrainian BARMALEY. 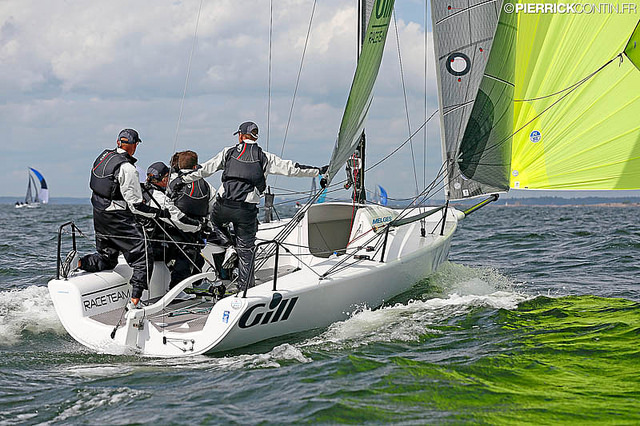 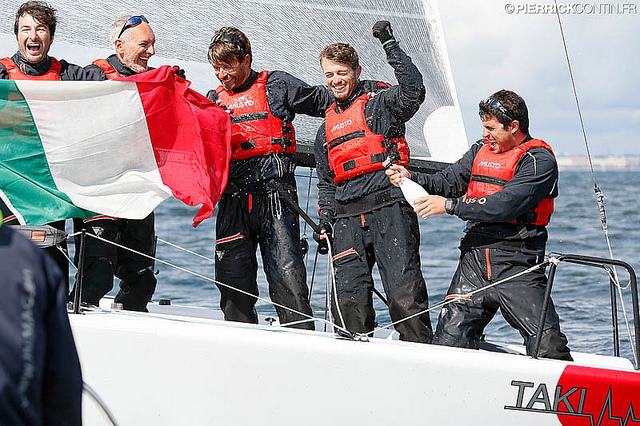 Both current leaders of the overall and Corinthian divisions – Miles Quinton’s GILL RACE TEAM with Geoff Carveth on the helm and Marco Zammarchi’s TAKI 4 with Bertola-Fossati – have entered already. Some of the best teams in the class will be challenging from Italy – current world champion Gian Luca Perego’s MAIDOLLIS with Fracassoli-Fonda and the winner of the 2016 European Sailing Series Andrea Racchelli’s ALTEA. Also, the winner of the pre-ultimate event in Medemblik, Hungarian FGF SAILING TEAM with Robert Bakoczy at the helm is one candidate for the final podium place in Luino. It’s great to see many German entries and Mike Goldfarb’s WARCANOE from U.S. coming to Luino. See the current entry list here

Flavio Favini with AVAV is happy to host the Melges 24 international fleet in Luino: “We are getting ready for our Melges 24 end of the season Classic, the Coppa Lino Favini. Again, we will have an honour of hosting the Swiss Nationals, the Italian and European circuit finals. We are proud to have been chosen once again by my favourite class to be the final event of a wonderful season. We promise to do our best to match the high level of Melges 24 class and to make you feel at home here at AVAV. We are pleased to invite you to Luino, October 13-15, to race and have a good time after sailing with us!” 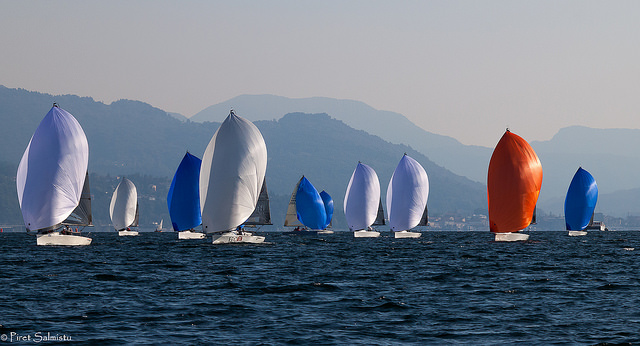 More information about the series, the Notice of Race of the Luino regatta and online registration of the event are available at melges24.com/europeansailingseries