April 20, 2017 – Portoroz, Slovenia – Like the good traditions that used to last, has become a nice tradition for the Melges 24 sailors from all over the Europe to gather to the beautiful Portoroz in Slovenia for the first regatta of the sailing season. For the fourth year in a row Portoroz has been the kick off venue of the Melges 24 European Sailing Series, first introduced by the International Melges 24 Class Association in 2013.  Regatta will start on Friday and will end on Sunday (April 21-23), after a series of nine races with a discard that will enter in play after the conclusion of the fifth race.

14 countries represented and strong competition foreseen
Wide geography of the participants will make the regatta truly international and a strong competition can be foreseen. Both the overall and Corinthian divisions’ winning teams of 2016 will start this year’s road-show in Portoroz. 2016 overall winner, Italian Andrea Racchelli is this year helming Claudio Ceradini’s boat under the familiar name Altea. 2016 Corinthian winner and overall second best also 2016 Corinthian European Champion, Miles Quinton’s Gill Race Team from Great Britain with Geoff Carveth helming will be present. Another crew from Great Britain, , last year’s third best in overall division David Rowen’s Imagine with Melges 24 stalwart Jamie Lea calling the tactics, will start chasing the points for the ranking.

High level Corinthian fleet
In the Corinthian division the level of competitors will be extremely high. Both the 2016 Corinthian World Champion, Italian Marco Zammarchi’s Taki 4 with Niccolo Bertola helming; and Worlds’ second Corinthian team, Estonian Tõnu Tõniste’s Lenny together with the 2016 European Sailing Series Top 3 boats are able to mix the cards for the highest podium places. Besides the 2016 series’ Corinthian winner Gill Race Team, Michael Tarabochia’s White Room from Germany and Oleg Dyvinets’ Marusia from Ukraine, the second and third best Corinthian boats respectively would like to defend their podium places also this year. Also the winner of the 2016 Portoroz Melges 24 Regatta in Corinthian division, Dutch Eelco Blok’s Kesbeke/Sika/Gill with Ronald Veraar helming would like to defend their victory. In Corinthian division we can also pay special attention to the one of the youngest teams – Italian Arkanoe Aleali by Montura helmed by Sergio Caramel, who was crowned as the Corinthian winner at the ORC Sportboat Europeans in 2016.

Melges 24 attracts high level sailors
Showing that Melges 24 is a very attractive sportboat to many sailors from different classes and disciplines, we can see a strong and well known match race sailor Joachim Aschenbrenner from Denmark, currently on the 11th position in the World Sailing match racing ranking, sailing on Bo Boje’s boat upupup. Also Jan Mattsson from Finland, sailing for the second season on Melges 24 boat called Mimosa, has been a very active match racer having the highest World Ranking position as 50th in 2013. For the full entry list click here http://ycp-klub.si/melges24/prijave-entry-list-2017/

Wonderful hosts and generous supporters
Marina Portoroz and the Yachting Club Portoroz have been always the greatest hosts for the Melges 24 sailors. This year’s proud sponsor of Melges 24 event, one of the brightest jewels of Portoroz is Grand Casino Portoroz, which opened its doors on 27 July 1913, will host a Welcome Party for all the participants on Friday, April 21. On Saturday evening Marina Portoroz and its’ restaurant will give a nice gala dinner for the Melges 24 teams and organizers while Sunday's after sale hospitality just before the prize giving has been famous for the local traditional delicacies. 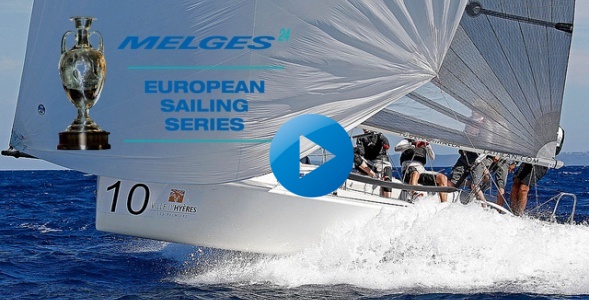 Six regattas will be sailed during the 2017 Melges 24 European Sailing Series
2017 Melges 24 European Sailing Series consists of the six events altogether. After the first event in Portoroz the series will lead to Riva del Garda in Italy in May; the points for the third event will be collected during the Swedish and Nordic Melges 24 Championship in Marstrand, Sweden in June; the most significant Melges 24 event of the season which is also the fourth event of the series, will be held in July-August in Helsinki, Finland, where the World Champion will be awarded; the fifth event will head to Medemblik in the Netherlands and the series will conclude with the sixth event in Luino, Italy in October.

So be ready, the racing of the 2017 Melges 24 European Sailing Series kicks off tomorrow, on April 21st in Portoroz!