Faebruary 2, 2017 - Blairgowrie, Australia - Racing at the Helly Hansen Australian Melges 24 Championship got off to a challenging start yesterday with mixed results at the top of the fleet as the opening two races were sailed in a range of different conditions.

The start of racing was delayed due to a complete glass out when the boats hit the water, but thankfully the breeze came back in and the race committee were able to get a first start in and persist with a second race after that. 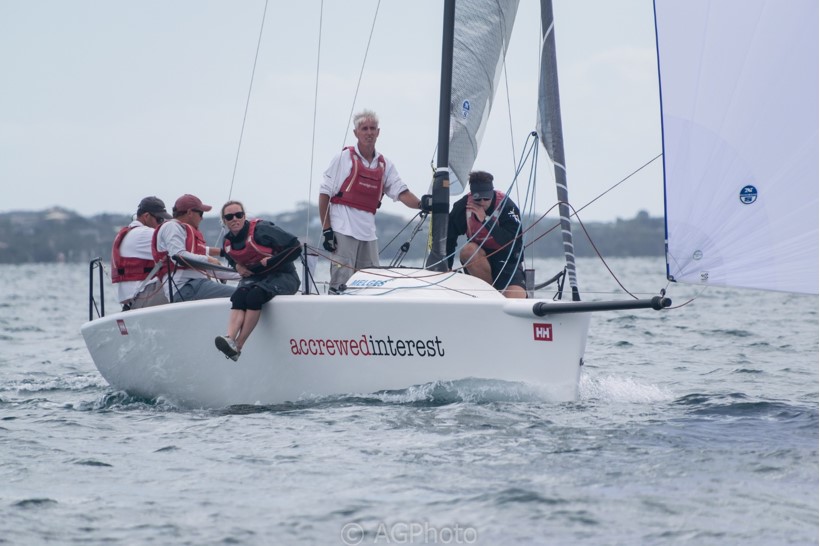 Reigning national champion Chris Links, sailing Roger That, started the regatta well taking out the opening race ahead of Andy Wharton in Accrewed Interest in second and Heath Walters in Amigos in third.

However there were a number of quality boats that fell well outside the top three in the opening race and the second race clearly showed things were going to get interesting at the top later in the regatta.

Accrewed Interest was the best boat on the day going on to win the second race, however had a great battle with Jon Newman and his team on Penultimate Challenge, who led around the first top mark but ended up in second after a competitive tussle in the second race. 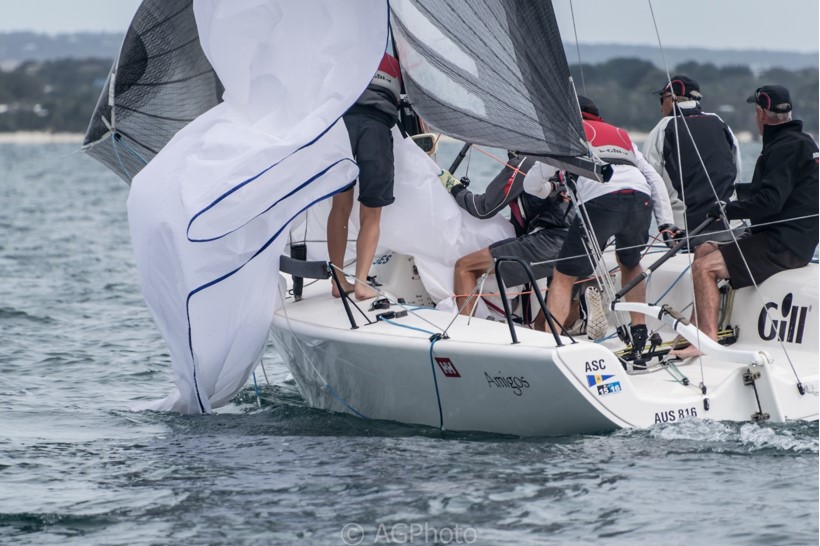 Heath Walter's Amigos in the middle of a spinnaker drop. Photo: Ally Graham

Heath Walters in Amigos was third again however after that in the current overall standings it is extremely close and a few good results for the mid-fleet teams could make the results interesting at the top.

Three races are scheduled for today's sailing, which will bring the total races to five out of a scheduled 10.

Stay tuned to Down Under Sail for race reports and podcast interviews each day as the second of four days of sailing continues today.

Edited by Harry Fisher, Down Under Sail magazine