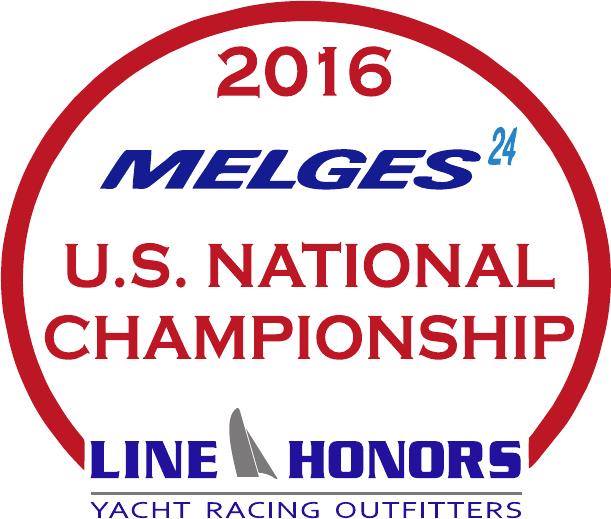 Although all tried to “sail like Buddy” in his backyard it was Rio Olympian and Moth World Champion Bora Gulari and his team of dingy sailors on USA820 West Marine who did the best Buddy impersonation. Bora thanked former World and US champion Brian Porter for hosting his team and congratulated the MELGES24 fleet for the strong resurgence on the worldwide sailing scene. 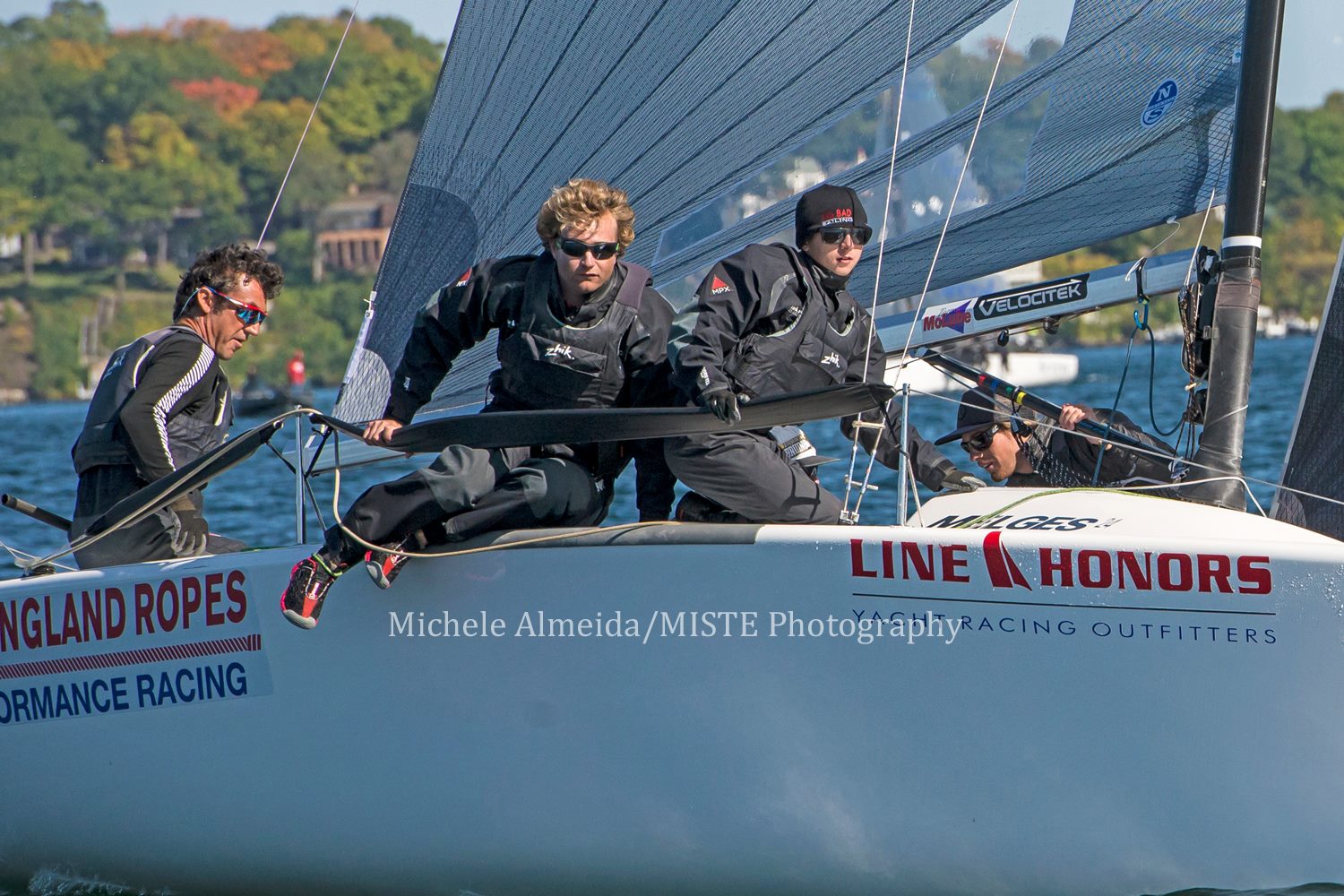 Conor Clark’s Embarr with Rio Olympians and World Champion 470 sailors David Hughes and Stu McNay were in position to win the championship at the first weather mark of the last race, but things changed on the following leg (as would often happen on Lake Geneva). 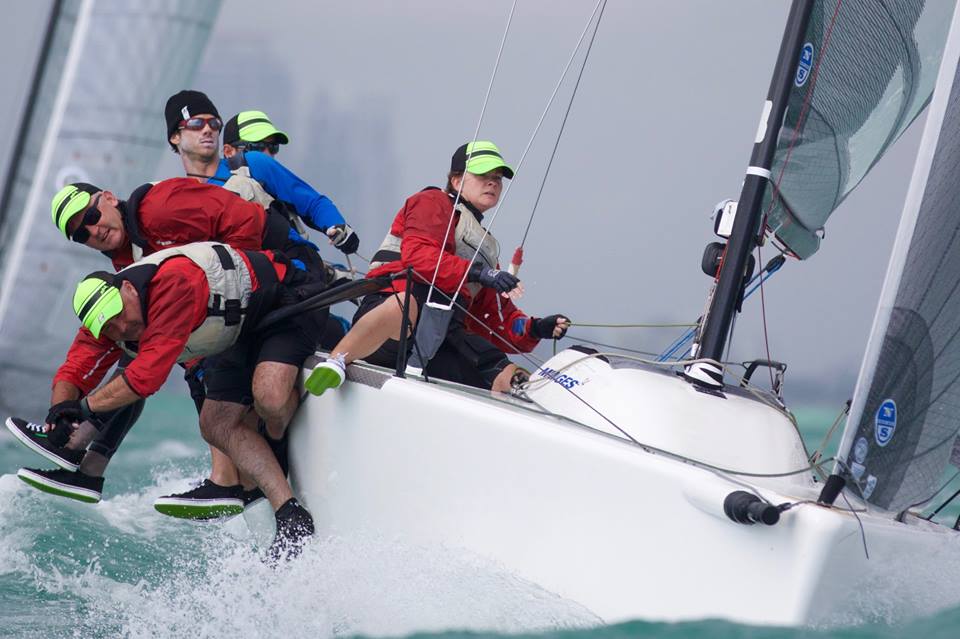 Third position on the podium was filled by Brucey Ayres' Monsoon USA851, only two points behind the Embarr.

Tom Freytag’s Wicked Feet USA 603 with his son and four other Lake Geneva teenagers made the boat come alive to the top Corinthian team and place 6th overall.  Glenda and Kevin Nixon’s Australian family team on ACCRU AUS812 sailed like locals to place second in the Corinthian division and 7th overall. 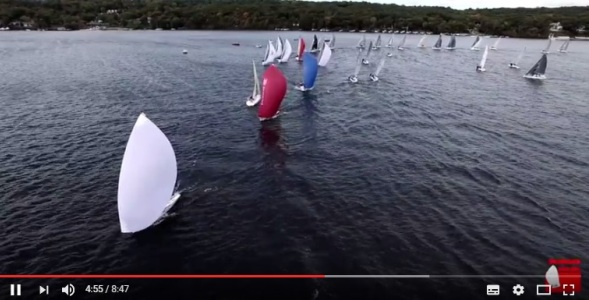 Many thanks to those who contributed to and participated in the Silent Auction which generated thousands of dollars to a great a worthy cause- Doctors Without Borders . These generous donors helped create a fun, not so "silent", auction and gala dinner: Melges Performance Sailboats, Buddy Melges, Line Honors, Bluesmiths, Hutchinson Sports, Yen Yoga & Fitness,Gordy's Boathouse, and Atlantic Rigging.

The final act of the Melges 24 North American Tour is Stage 3 — the Melges 24 World Championship in Miami on November 26 - December 3. Over 100 boats will be on the line for sensational ocean sailing off Miami Beach. 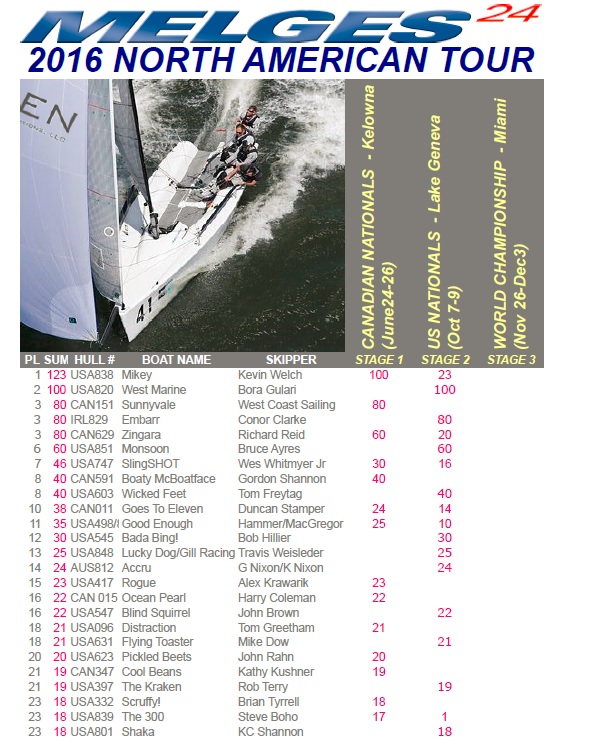 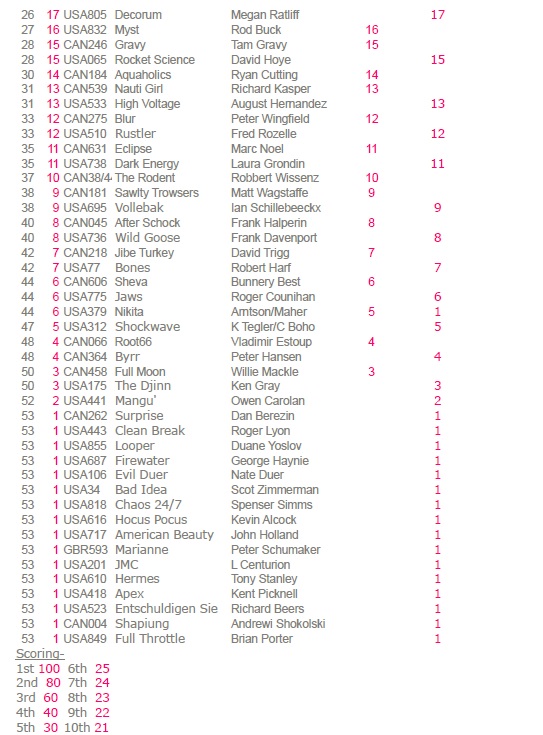