2016 Melges 24 European Sailing Series Will Kick Off This Weekend

March 31, 2016 – Portoroz, Slovenia – Like one year ago, Yacht Club Portoroz together with Portoroz Marina will host the first event of the world famous Melges 24 European Sailing Series initiated by the International Melges 24 Class Association. The event, valid also as the Melges 24 Open Slovenian National Championship and the first event of the Melges 24 Italian Sailing Series under the name of the Portoroz Melges 24 Regatta, will go underway the upcoming Friday and will end on Sunday (April 1-3), after a series of nine races with a discard that will enter in play after the conclusion of the fifth race.

Following the footsteps of the 2015 event, the International Melges 24 Class Association in Portoroz will count on a fleet composed by the twenty-five boats gathering in Slovenia from thirteen different countries. Under the spotlight will be Swiss EFG Bank with the reigning World Champion Chris Rast at the helm, Flavio Favini, Giovanni Ferrari, Aldo Bottagisio and Jaro Furlani in crew – all of them with a long list of titles. Some other strong entries are Italian Altea, helmed by the Italian Champion Andrea Racchelli, also runner up in 2015 Denmark Worlds; Miles Quinton’s Gill Race Team from the Great Britain, reigning champion of the Melges 24 European Sailing Series and fifth of the 2015 Worlds.

Pay also attention to Angelo Di Terlizzi’s Marrakech Express from Italy, winner of the event held in Riva del Garda during the past edition of the Melges 24 European Sailing Series; to Kalman Rozsnyay’s FGF Sailing Team from Hungary with Robert Bakoczy helming, the second best team in 2015; to Oleg Dyvinets’ Marusia from Ukraine as the Corinthian winner of the 2015 series; and to Eelco Blok’s Kesbeke/Sika/Gill from the Netherlands with Ronald Veraar helming – the second best Corinthian team of the series in 2015.

As a great value to the Portoroz event the clinic coached by the reigning Melges 24 World Champion, now also the Quantum Sails Melges 24 expert Chris Rast will be held in Portoroz Marina this afternoon. The practice on the water will focus on starts, boat handling and boat speed, while the land session will cover video analysis with sailing styles comparisons and round table discussions.

It’s great to admit that all top three teams of the 2015 Melges 24 European Sailing Series both in overall and Corinthian divisions will be starting their 2016 season in Portoroz to collect the points through the series consisting of the six events altogether. After the first event in Portoroz the series will lead to Austria, to the Lake Attersee in June; the points for the third event will be collected during the Kiel Week in Germany after Midsummer; the fourth event will bring the Melges 24 fleet to the very attractive venue in Riva del Garda, Italy in July; the most significant Melges 24 event of the season which is also the fifth event of the series, will be held in September in Hyeres, France where the European Champion will be awarded; the series will conclude with the sixth event in Luino, Italy in October. 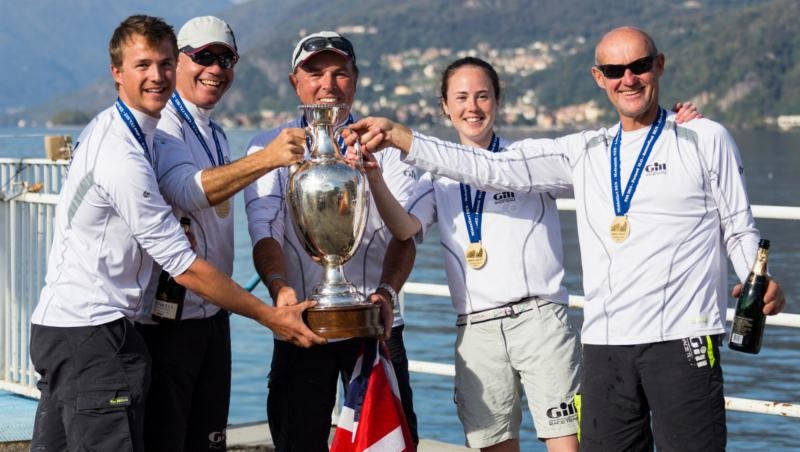 So be ready, the first warning signal of the 2016 Melges 24 European season will sound tomorrow, on April 1st in Portoroz!