2016 Melges 24 European Sailing Series: Skills Will Be Tested At Lake Attersee This Weekend

June 9th, 2016 – Attersee, Austria – Melges 24 sailing season started with the first event of the 2016 Melges 24 European Sailing Series in friendly and wonderful Portoroz, Slovenia in the beginning of April and is in full swing in Europe by now. This coming weekend on 10th to 12th of June a bunch of top Melges 24 sailors from all over the Europe will gather in Austria to hold on Lake Attersee the second event of the 2016 Melges 24 European Sailing Series valid also as the Melges 24 Austrian Open Championship hosted by the Segelclub Kammersee in cooperation with the International Melges 24 Class Association (IM24CA) and Austrian Sailing Federation.

This is the first time when the regatta of the Melges 24 European Sailing Series will be held in Austria. International Melges 24 Class Association is really greatful that there are number of clubs and organizations all over the Europe willing to host the events of the series. Attersee in Austria was voted to be the venue of the series at the IM24CA’s 2015 Annual General Meeting in Copenhagen bearing in mind the logistics of the series and easier travelling for the teams participating.

Michael Schineis, former Vice Chairman of IM24CA and the Chairman of the Austrian Melges 24 Class Association is happy to express his gratitude of having the event of the series in Austria. “We have established the Melges 24 Austrian Open more than ten years ago. The fleet was growing every year but 2016 will be clearly the highlight. We will have 23 boats from 9 nations on the starting line. I would also like to say thank you to IM24CA to make this event part of this year’s European Sailing Series. All athletes are looking forward to have an exciting and fair racing in the next three days.”

Attersee will meet a strong fleet of Melges 24 teams collecting their points to the series and practicing in the competitive fleet for the highlight of the European season – 2016 Marinepool Melges 24 European Championship in Hyeres, France in September. Teams from the hosting country Austria and then Great Britain, Germany, Hungary, Italy, The Netherlands, Slovenia, Switzerland and Ukraine will be on the starting line.

Among the front runners we can guess to have the overall winner of the 2015 Melges 24 European Sailing Series, Miles Quinton’s Gill Race Team (Great Britain) with Geoff Carveth at the helm; reigning world champion Chris Rast's EFG from Switzerland with Luka Rodion at the helm; Kalman Rozsnyay's FGF Sailing Team from Hungary helmed by Robert Bakoczy, the overall second of the last year’s series and third of the season opener in Slovenia; Ukrainian Oleg Dyvinets’ Marusia, Corinthian winner of the 2015 series; Eelco Blok’s Kesbeke/SIKA/Gill with Ronald Veraar helming from The Netherlands, the second Corinthian of the 2015 series and happy Corinthian winner of the season opener in Portoroz, 2015 series’ third Corinthian, Swiss Michael Good’s Cinghi-Aile and Kicker Schäfer’s Musto Racing from Germany, being third Corinthian at the 2015 Worlds and fifth at the Melges 24 Italian Act 2 in Malcesine few weeks ago. Full Entry List http://sck.at/?page_id=1525&kennung=6364 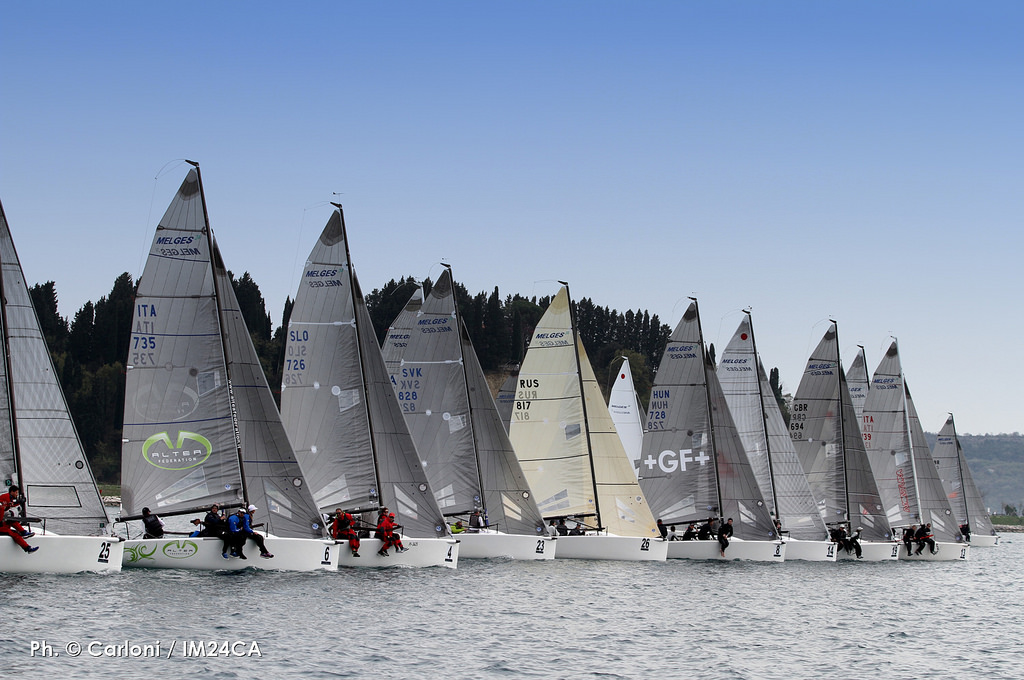 The racing will start on Friday, 10th of June at midday. 2106 Melges 24 Austrian Champion and the winner of the second event of the 2016 Melges 24 European Sailing Series will be find out with eight races taking into account one discard. Event Manager Stephan Beurle from the Segelclub Kammersee is happy to welcome Melges 24 sailors in the club and will make his best that the sailors can have the most out of the racing and enjoy their stay off water.