June 25, 2016 – Kiel, Germany – Third day of the 2016 Melges 24 European Sailing Series third event at Kiel Week gave additional three races to the series today. The conditions in Kiel have not been easy for the sailors as yesterday only one race was possible to execute. Two teams have been keeping their positions since the beginning of the event – Andrea Pozzi’s Bombarda ITA841 and Andrea Racchelli’s Altea ITA735, both from Italy. Miles Quinton’s Gill Race Team GBR694 from Great Britain made it to the third position after seven races sailed with one discard coming into effect today.

Yesterday was sort of a Crazy’ Shifty Kiel Day and not easy. Shifts in wind direction were big and unexpected in the warm, close and humid weather. It was a very light, shifty tricky day and Melges 24 fleet got only one race done. Andrea Pozzi’s Bombarda took another bullet from this single race done securing his lead with seven points in total followed by Andrea Racchelli's Altea with fourteen points finishing as eighth. Finishing third yesterday David Rowen's Imagine was holding its third position with sixteen points in total.

Third racing day in Kiel was all but easy again. Conditions were most difficult for the first race of the day when the wind was lightest and the building, moving rain clouds were dragging the 7-9kt breeze around creating some big shifts in direction. That, once again, set the tone of the day. 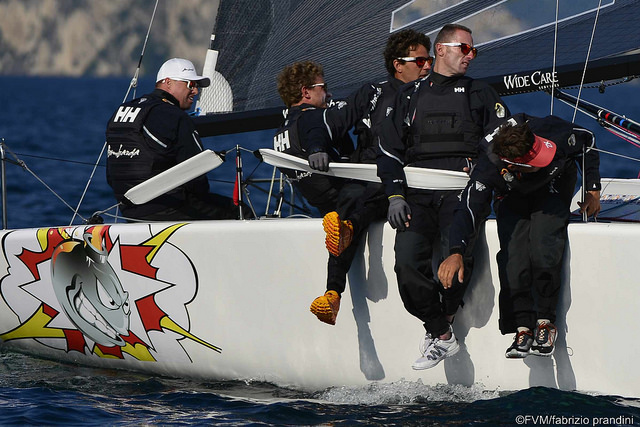 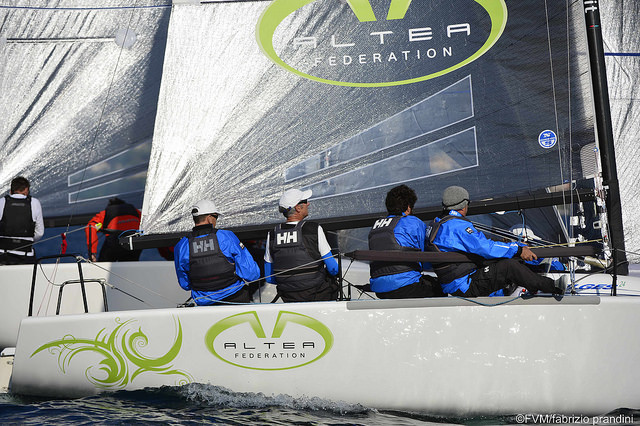 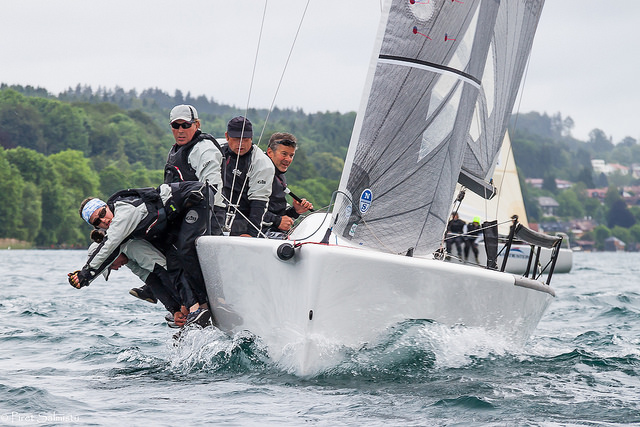 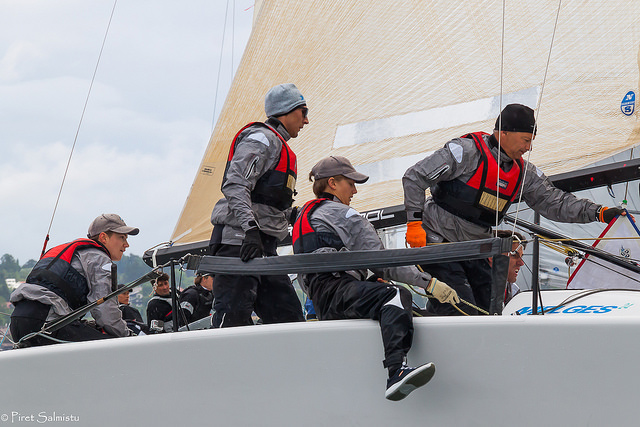 Melges 24 fleet got three races done allowing now one discard of the worse results from seven races sailed in total. Current leader Andrea Pozzi's Bombarda continues its lead as the worse race today  9th was discarded, adding again one bullet and fifth finish to the series of 13 points in total by now. The battle with Andrea Racchelli's Altea continues as Racchelli took also one bullet, fourth and sixth places today decreasing the gap with leader to four points. Miles Quinton's Gill Race Team was showing their strength getting also a bullet from the first race of the day followed by sixth and third finishes, jumping with the total of 23 points to the third position in overall. With a consistent series of 2-9-2 today the best German boat is Michael Tarabochia's White Room with Luis Tarabochia helming jumping to the fourth position with 27 points in total.

The final racing day in Kiel is Sunday.