April 1, 2016 - Portoroz, Slovenia - The 2016 Melges 24 European Sailing Series was opened this morning with Skippers Meeting on the terrace of the Yachting Club Portoroz. Michael Good representing the International Melges 24 Class Association as the Member Europe of the Executive Committee welcomed the sailors from thirteen nations on behalf of the class and introduced the Principal Race Officer Bojan Gale as well as the Jury Chairman Uros Zvan. 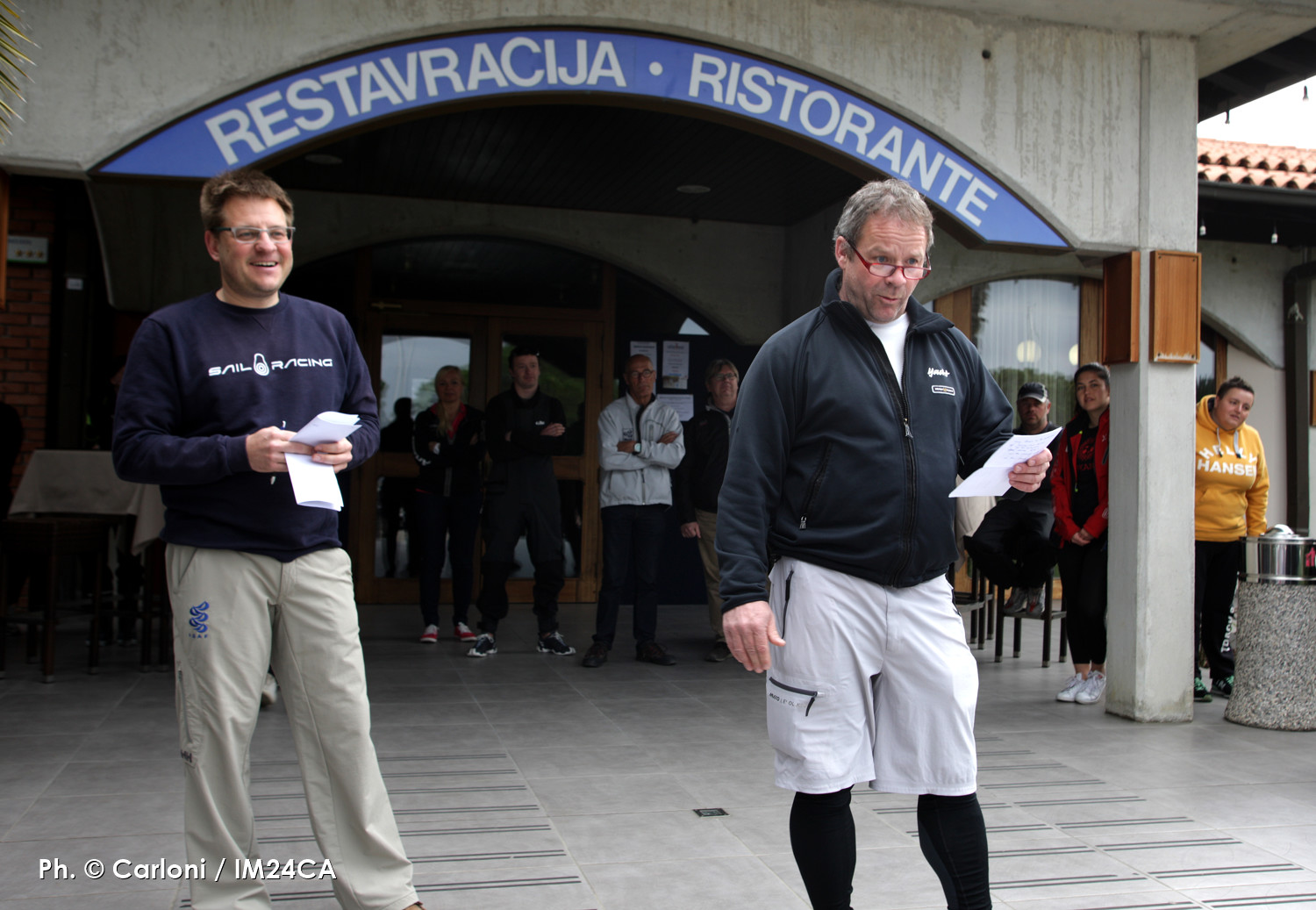 Afterwards, the fleet of 26 boats was sent out in what looked like a promising breeze. One attempt at a start was made before the wind flipped and new breeze tried to fill in. At moments the situation seemed quite promising, but the wind never stabilized for long enough. The calm air was broken again later in the afternoon and a second attempt was made. However, soon after the start it became clear nothing much was going to happen and sailing was quickly abandoned for the day. 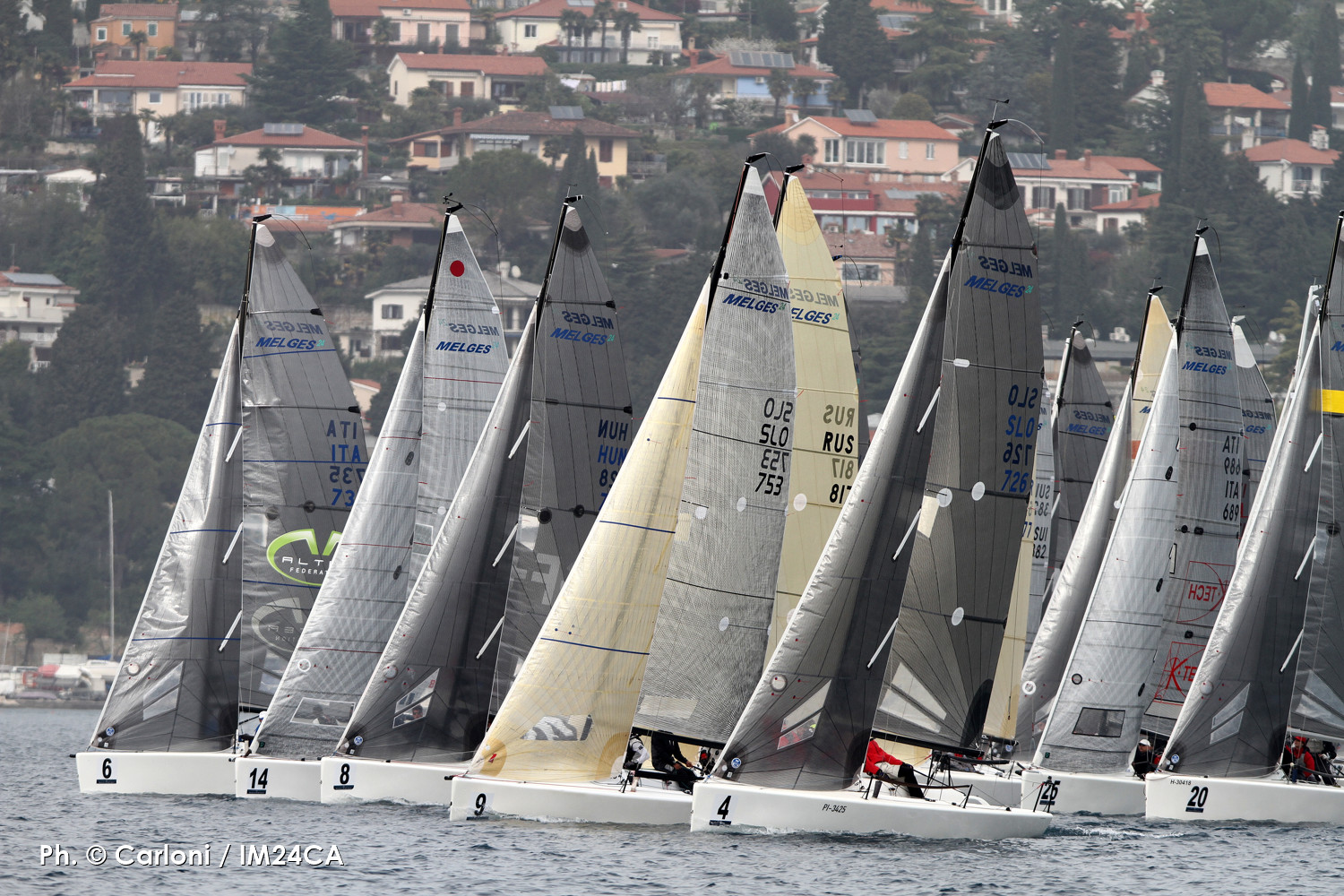 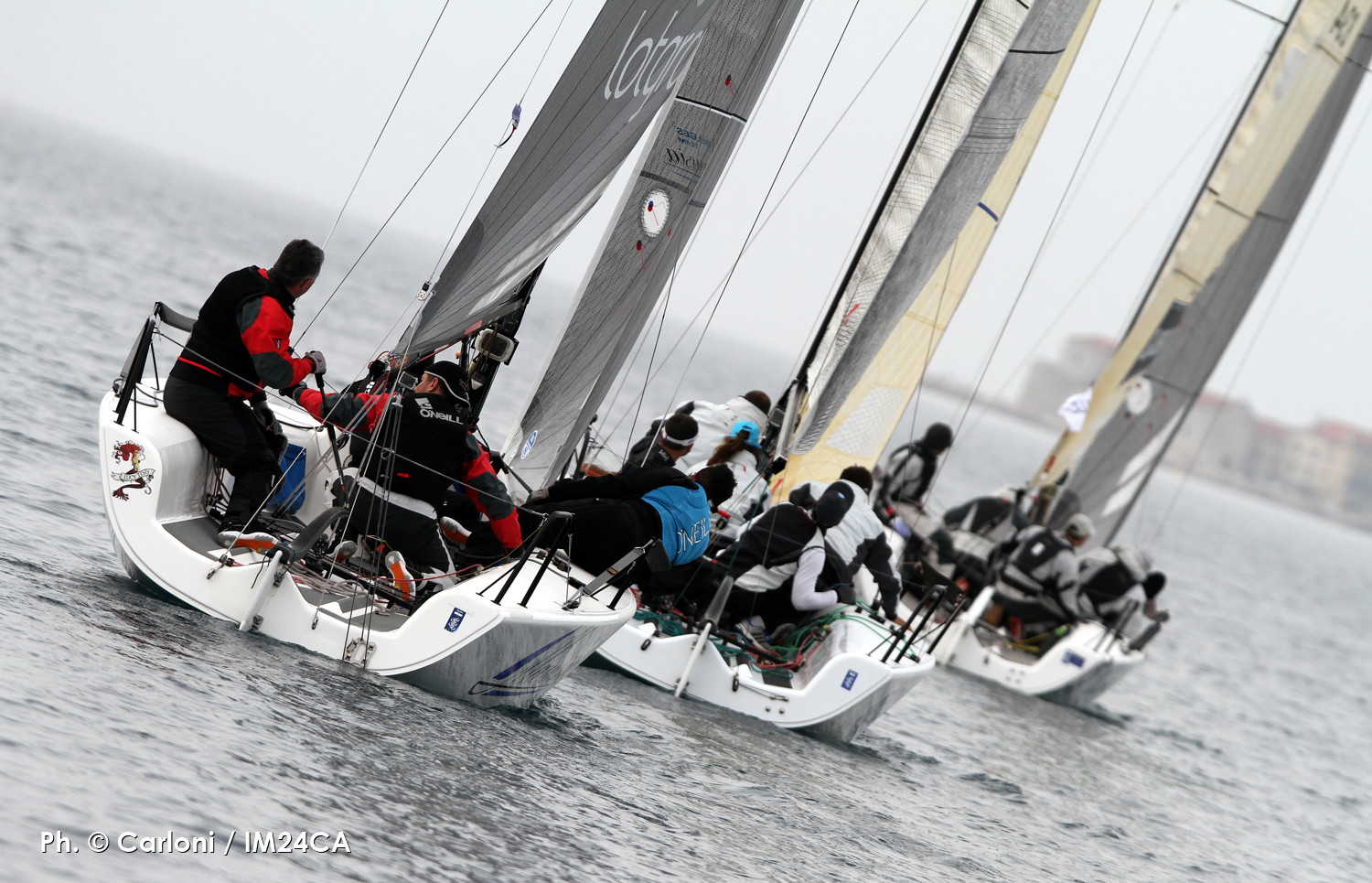 The fleet had a pasta and beer gathering while coming ashore after such a long day on the water hoping to have more luck and better winds tomorrow.

Racing resumes on Saturday at 10 am with four races scheduled.

Porotoroz Marina will host the first event of the world famous Melges 24 European Sailing Series initiated by the International Melges 24 Class Association. The event, valid also as the Melges 24 Open Slovenian National Championship and the first event of the Melges 24 Italian Sailing Series under the name of the Portoroz Melges 24 Regatta, will end on Sunday April, after a series of nine races with a discard that will enter in play after the conclusion of the fifth race. 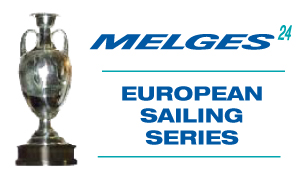