2016 Melges 24 European Sailing Series: No Wind, No Racing on Day 2 On Lake Attersee

June 11, 2016 – Attersee, Austria – According to the yesterday’s decision Melges 24 fleet was on the Lake Attersee at 8 am for the early start of the second day at the second event of the 2016 Melges 24 European Sailing Series hosted by the Segelclub Kammersee.

Despite of the hard will the wind was not cooperating either with the organisers nor the sailors, AP flag was hoisted and PRO Stephan Buehle was sending the fleet back ashore to wait for the wind to come. 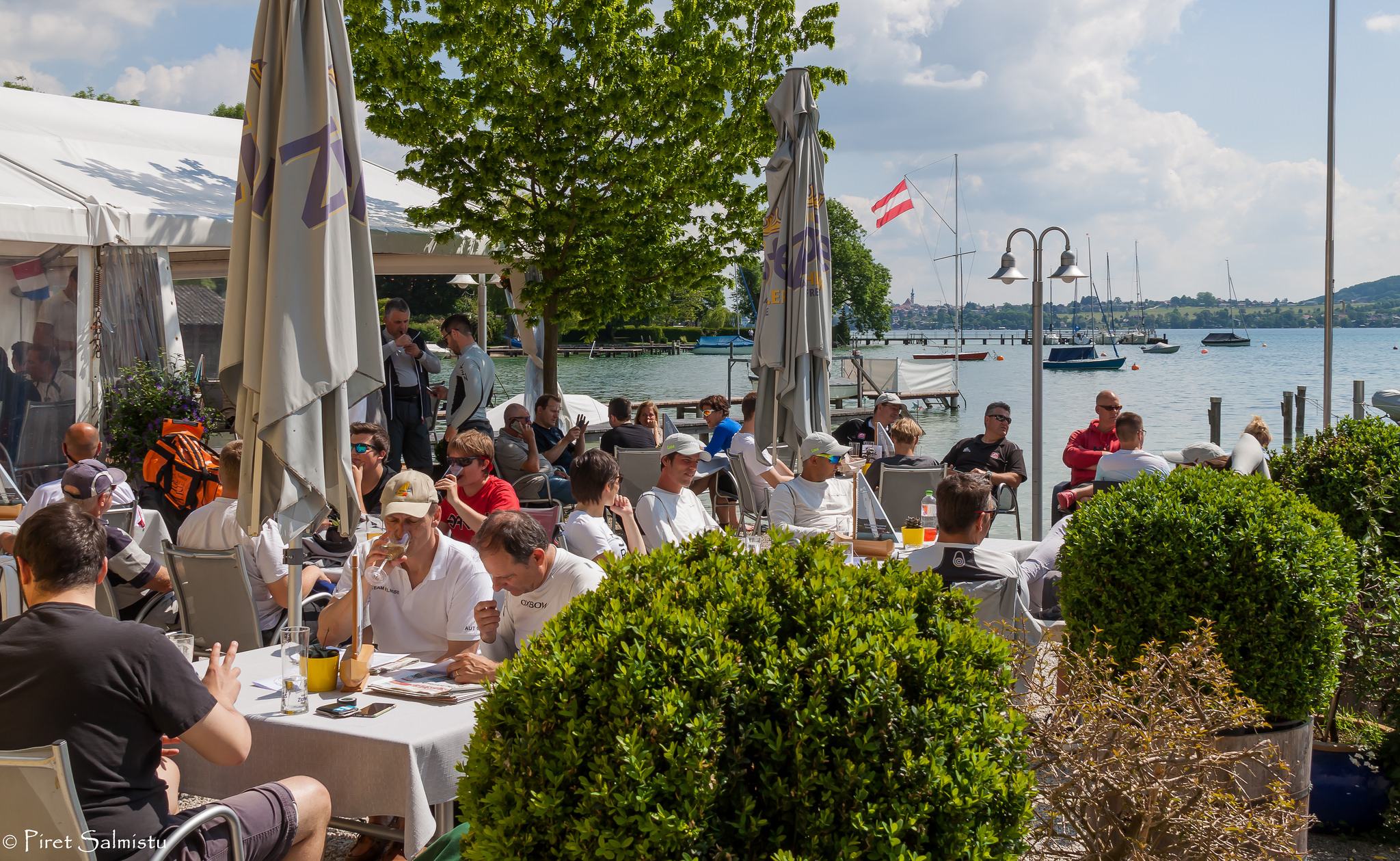 Sailors were waiting for hours first in the sunshine and then in the tent keeping themselves dry from the pouring rain. Around 3 pm in the afternoon the rain was over and the race committee, hoping to have a similar situation with the wind like on the first day, brought the fleet out to the water.

The first attempt to start the race with 5 knots of wind was called back with a general recall. For the time of the second attempt the wind has been shifting for a while and was dropping dramatically lower the limit so PRO hoisted AP flag to cancel the starting process sending teams back ashore. 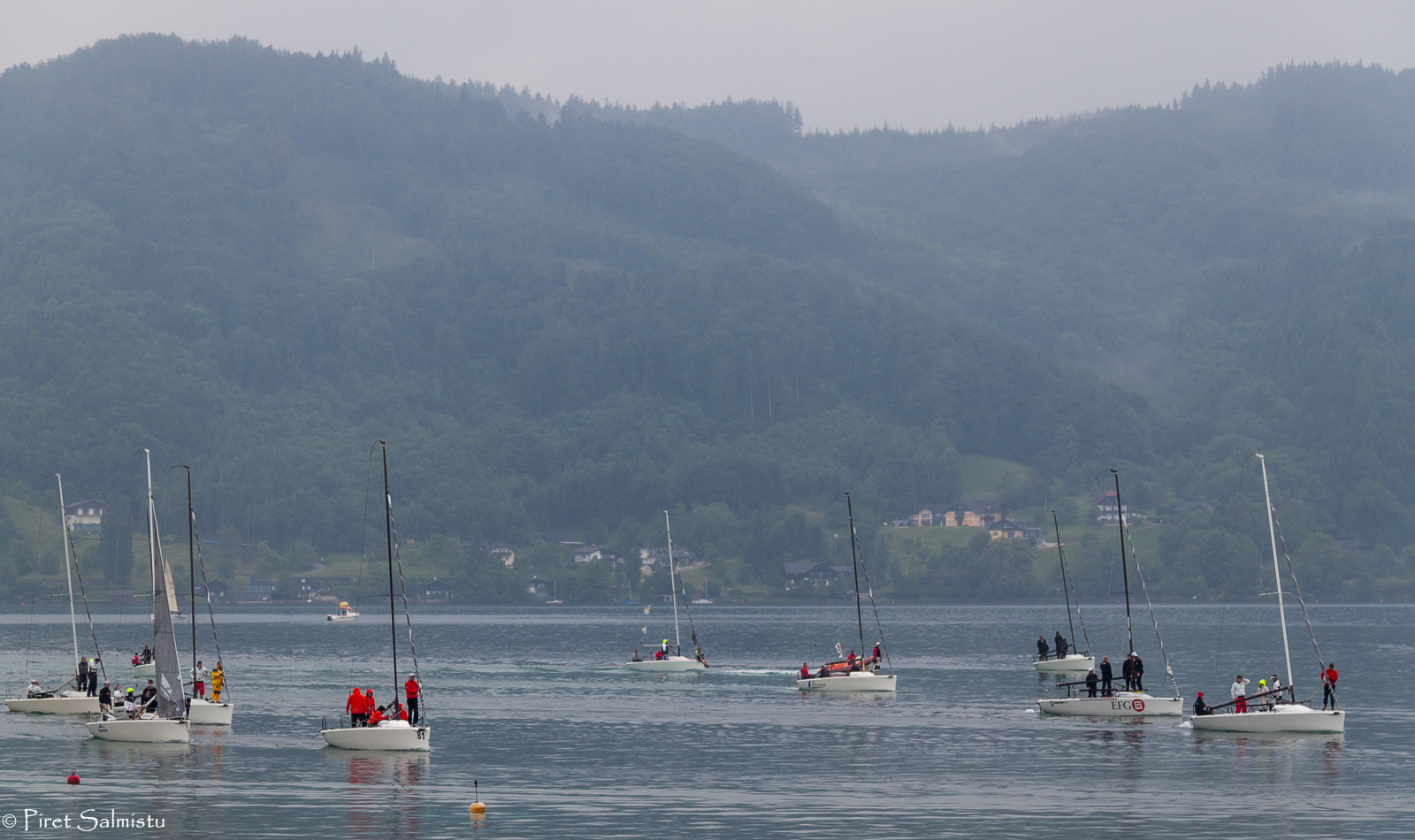 On Sunday the first Warning Signal of the day will be at 9.00 am and the latest time to have a warning signal will be at 3 pm.

Photos of Day 2 by Piret Salmistu