Day 5 of the 2011 Böklunder Melges 24 European Championship saw the regatta series come to a close with the final two races completed in breezes ranging from 6 - 10 knots. Overnight leader Carlo Fracassoli on ITA 803 Gullisara, who went into the day with a 22 point advantage, finished the regatta in style with a hard fought win in the first race of the day. Fracassoli's race win initially appeared far from assured however. Rounding the first windward mark in sixth place he clawed his way up to third by the leeward gate before playing the shifty second beat to perfection to take the lead at the second windward mark. Once in front he was totally in control and on the final run to the finish he cruised home to take his third race win of the championship. This result sealed Fracassoli's championship victory with a race to spare and unsurprisingly he and his Italian crew immediately headed for the harbour to begin their victory celebrations.

Meanwhile the battle for the order of the remaining podium positions was still a close one. Flavio Favini on SUI 782 Blu Moon had gone into the final day in third place, just a single point behind second placed Alberto Bolzan on ITA 716 Saetta. A sixth in the first race for Favini with Bolzan two places back in eighth, handed the advantage to Favini and set up an exciting final race showdown. With Christoffer Sunby on NOR 697 on his way to a comfortable race win, the first windward mark of the 5 leg last race saw Favini and Bolzan locked together in sixth and seventh place, with Favini ahead and keeping a close cover on Bolzan on the first downwind leg. By the first leeward gate however, Bolzan had sneaked through to third with Favini now back in fifth. On a somewhat one sided second beat the roles were reversed, with Favini moving up to third and Bolzan dropping to seventh. The final beat presented few opportunities for changing places and Favini was able to finish in third to secure second place overall. Bolzan came home in sixth to claim the final overall podium position.

A final day 9,6 scoreline from Petr Fiala on CZE 716 Aloha enabled him to lock down the fourth place which he had looked good for all week. Fiala and his young crew on Aloha had impressed a lot of people with their speed and boat handling during this championship and for sure this is a team with great potential for the future. Having lain in second place early on in this championship, Andrea Racchelli on ITA 735 Altea hit a sticky patch in the middle of the series which dropped him out of contention for the podium. An 11,5 score today however, brought them back up to fifth in the overall standings.

Despite a difficult final day which tumbled him 3 places in the main fleet order to eighth overall, Tonu Toniste on EST 790 Lenny, was ultimately able to able to maintain his advantage over Oyvind Peder Jahre on NOR 751 Storm Capital Sail Racing in the all amateur Corinthian Division. Jahre certainly took the fight to Toniste in the first race today, chalking up a second in the overall fleet as well as a Corinthian race win, whilst Toniste only managed Corinthian twelfth. The final race saw the two Corinthian leaders finish deep in the main fleet, with Toniste 4 places ahead, closing out his Corinthian Melges 24 European Championship victory. A lacklustre performance compared to normal on the last day saw Tiit Vihul on EST 761 Rock City unable to challenge either Jahre or Toniste, but it was still good enough for him to lock down third in the final Corinthian standings.

Racing in the 2011 Böklunder Melges 24 European Championship series began on Sunday 24th July and the ten race series ran through until Thursday 28 July.

Media representatives who would like to information about the event are asked to contact IM24CA Media Coordinator Fiona Brown on fiona.brown@melges24.com.

The 2011 Böklunder Melges 24 European Championship is sponsored and supported by:-

The Melges 24 is designed by Reichel Pugh and considered the most unique one design sportsboat in the world as well as one of the fastest-growing classes of high performance yachts. For more information please visit the official website of theInternational Melges 24 Class Association. 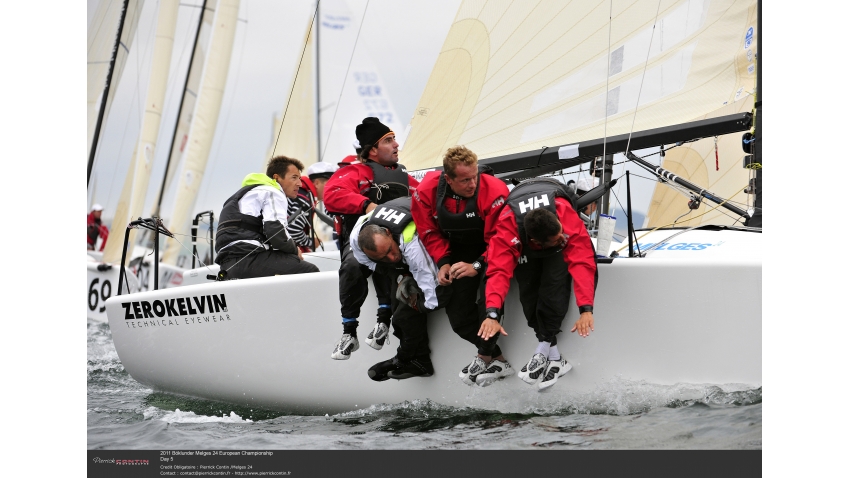 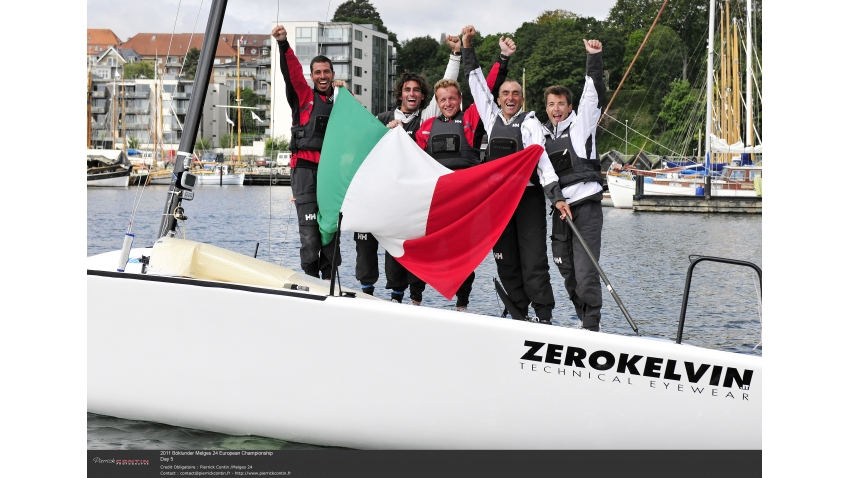 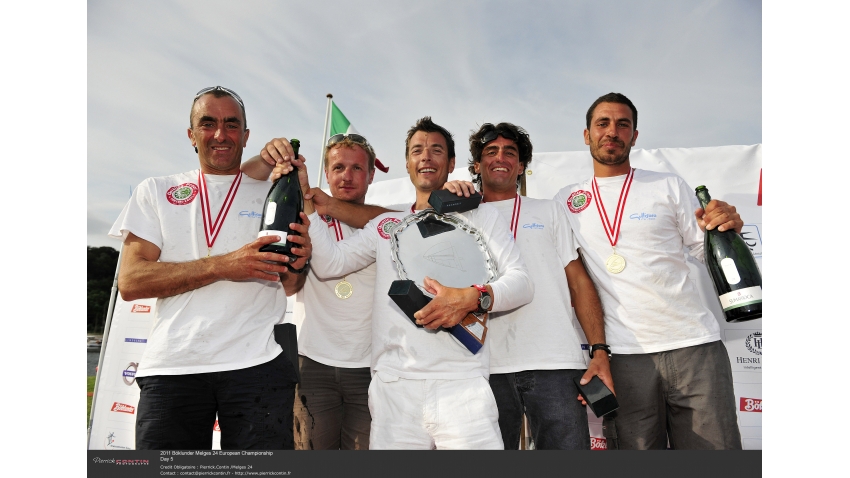 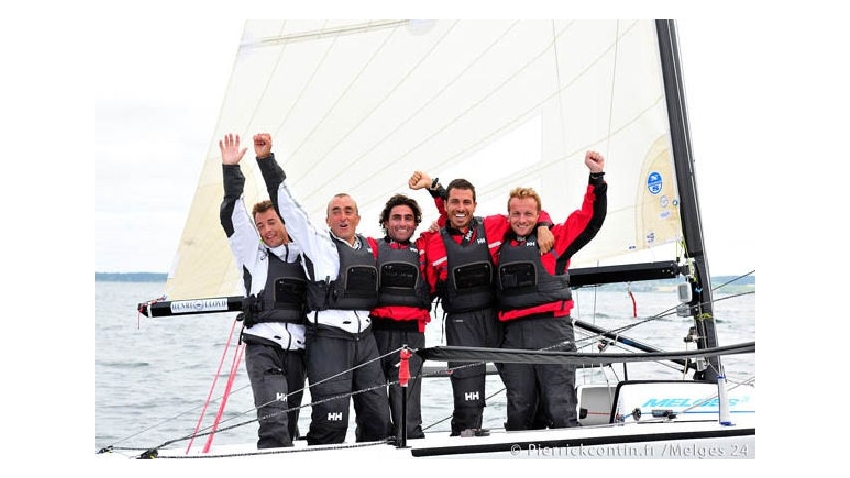 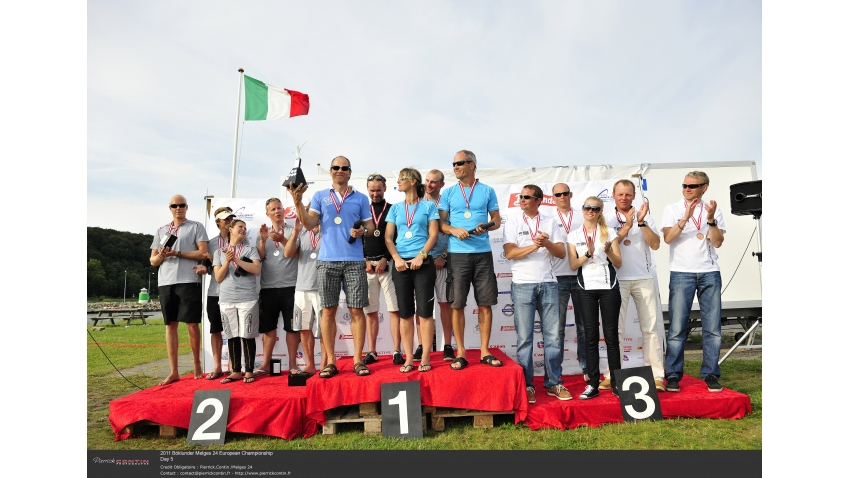 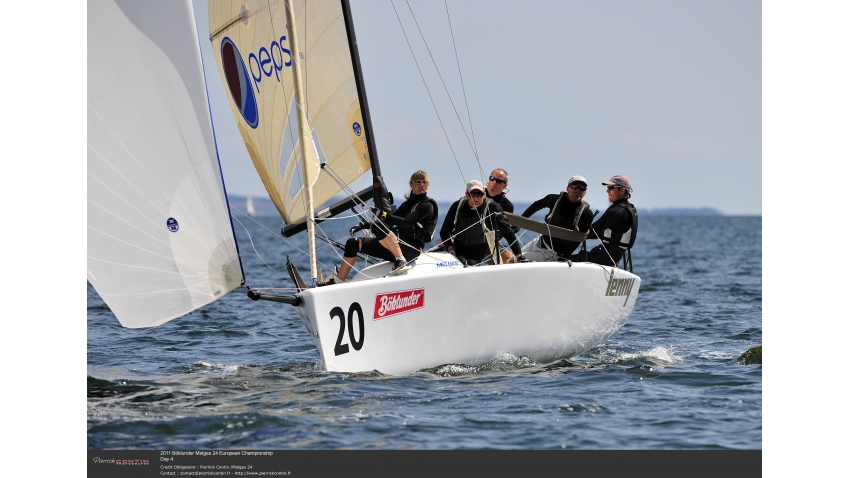 Lenny EST790 of Tõnu Tõniste at the 2011 Böklunder Melges 24 Europeans in Aarhus, Denmark 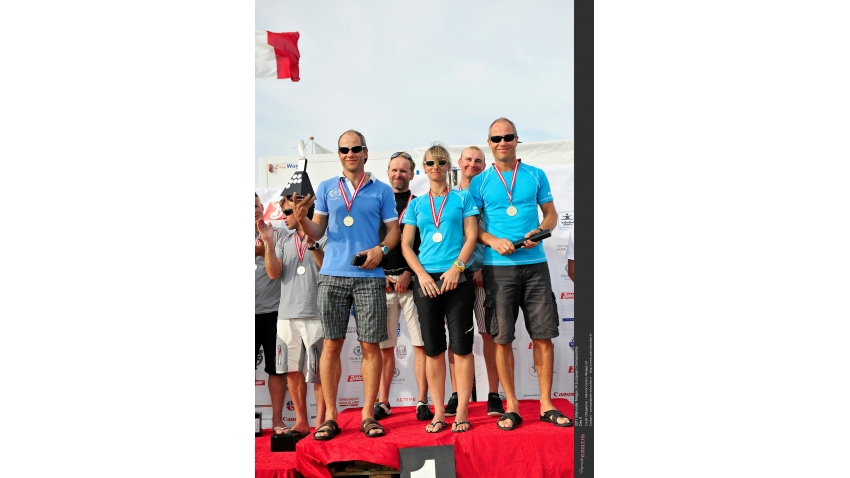