Tampa, FL - After a fun afternoon and evening of revelry on Saturday, the Melges 24 fleet wearily made it to the docks around 8 a.m. for an early 9:30 Sunday morning start. The goal was to take advantage of the remaining moon wind and sneak in 2-3 more races on the final day, settling the score in both the overall and corinthian fleets.

The Tampa heat rose quickly and the weak northerly died before a course was set, triggering the red and white AP flag. With dead calm waters until about 1:30 in the afternoon, there was plenty of good natured postering and lobbying from teams who wanted to race regardless of the conditions, and especially from those who would fare better by having the boats on the trailer. Just when it looked like the day would be a loss with the 15.00 time limit looming, a few silver fizzlers began to trickle from the southeast, and soon after there was a bona fide 6-8 kts.

After several restarts, the fleet got off clean and with Bora Gulari's New England Ropes/West Marine Rigging tied with Porter's Full Throttle, both boats started near the pin hoping to sail straight to the left corner for better pressure. Porter was able to roll over Gulari, forcing him to tack to the right where he was not able to recover, while Porter and Bruce Ayres'' Monsoon stepped into a left shift on layline and didn't look back. The race win between Gulari and Marty Kullman's New Wave finishing eighth and nineth respectively was enough to seal the win for Porter and his team of Andy Burdick, Sam Rogers and Matt Woodworth with a race to spare. 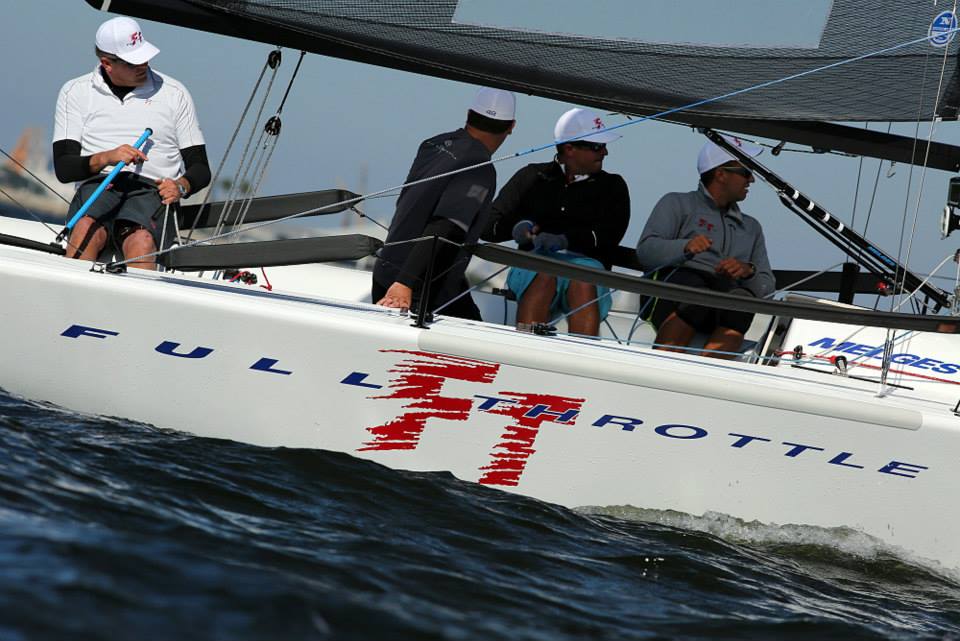 On the Corinthian side, Kevin Nixon at the helm of Accru+ had a solid grip on the title with a six point lead, but after getting hung out on the right side, he suffered a tough seventeenth, leaving the door open for Ryan Glaze's Gringo Sailing team. Glaze was not able to take advantage of the opportunity and summed up the racing, "Well, the first race was not worth the wait, we got stuck on the wrong side of the big left shift and had our worst race of the regatta (19th), then we turned around in the next race and had our best race of the regatta (6th). That's the ebb and flow of life in sailing." Kevin Nixon from Australia with his wife Glenda, daughter Bonnie, son Daniel and his girlfriend Christine are the 2014 U.S. National Corinthian Champions. 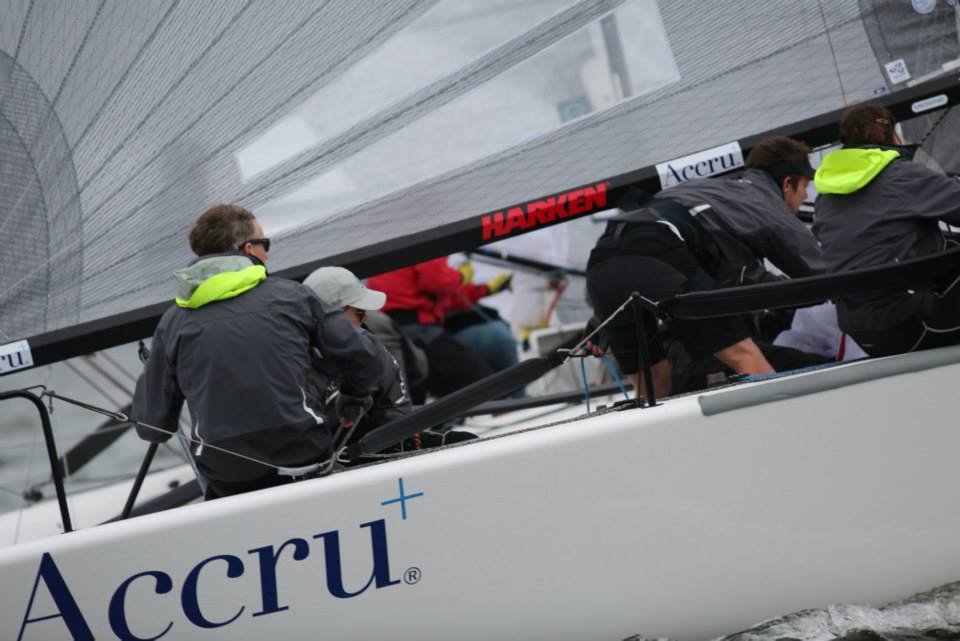 Despite the weak wind at times, the vibe of the Melges 24 fleet was hugely positive throughout the weekend, and poised for a resurgence. The 2015/2016 schedule glimmers with highlights being the Nationals set to take place in the world famous "Gorge" in Cascade Locks, Oregon in August 2015, and the 2016 World Championships at a location to be determined in South Florida.

Up next is Key West Race Week where 20 Melges 24 are registered. Taking place in warm Florida on January 18-23, KWRW is a showcase for this incredible sportsboat, so register to compete now. The fun continues in St. Petersburg at the NOOD in February then arrives at a huge grand finale at the 2015 Melges Rocks Regatta on March 12-14. Online Registration is now available. Be there for the BIG MELGES ROCK PARTY!

A very special thank you is extended to every team that attended the 2014 U.S. National Championship. Without you, this would not have been possible. Additional thanks to the great George Haynie, PRO Eric Robbins and the entire Davis Island Yacht Club's league of volunteers. Thank you for making this one of the very best championships ever.

As always the impeccable support of Melges USA was stellar as was J.J. Taylor distributors who made the beer boat at the end of racing cool and refreshing - jam packed with Heineken and Heineken Light! And last, but certainly not least - a special thanks to Bill and Jonny Goldsberry's One Design Service for the use of their VSR during the event. If not for their generous support, the practically endless stream of photos, videos and on-the-water reporting via the USMCA Facebook Page could not have taken place. We hope everyone enjoyed it!