June 21, 2016 - Helsinki, Finland - Finnish Open Nationals were held over the June 17-19 weekend. Superb heavy weather sailing conditions at Ytterskär - SW 8-11 m/s, big waves, "some rain showers". And most of all Lenny EST790 helmed by Tõnu Tõniste continued the dominance taking the gun in all of final day's three races. So winning seven races out of eight races. Phenomenal upwind and downwind speed with superb boat handling was too much to the others.

Korutv.fi FIN742 helmed by Tomi Hakola got their pace but couldn't challenge Lenny in overall sailing. Their speed was the same but... Korutv.fi took three second places in todays three races securing them the silver. Behind the top two boat Mimosa FIN529 helmed by Jan Mattsson had an excellent challenge from Virta FIN662 Jaakko Perimaa. Mimosa managed to keep Virta behind them by only 1 point in the overall points.

Special thanks to Buster Boats for the RC boats (Buster XXL & Buster L1) and Hernesaaren Ranta for the unique harbor facilities!!! 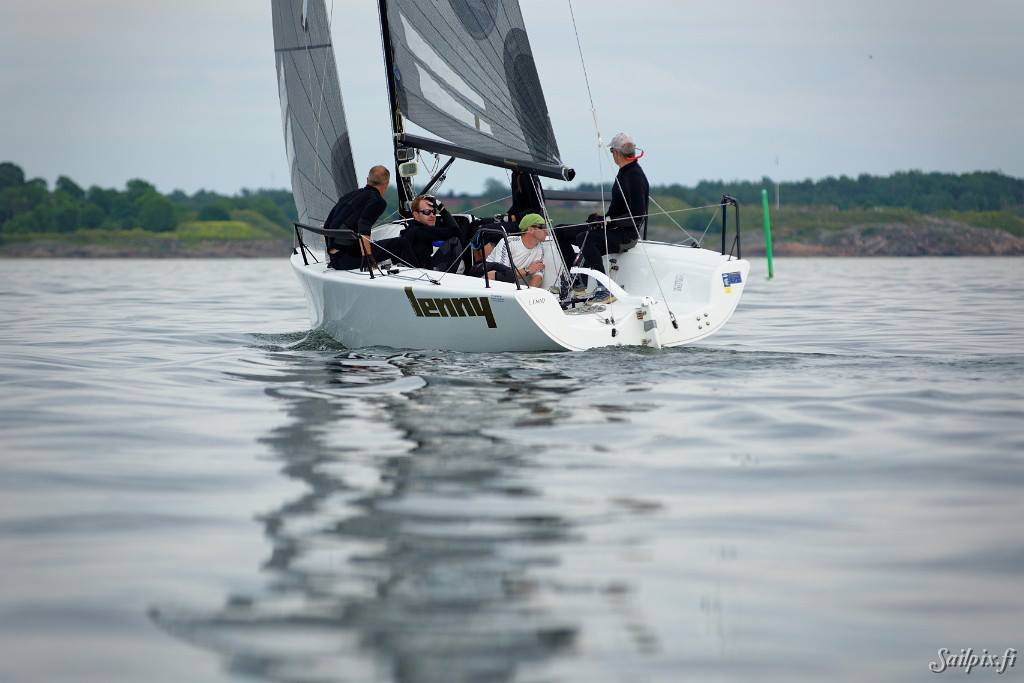