November 29, 2019 - The World Council of the International Melges 24 Class Association (IM24CA) held its Annual General Meeting (AGM) in Bergen, Norway on November 9th. While no remarkable amendments to the class rules or documents were made, a few members of the Executive Committee concluded their terms and new officers were elected and appointed to serve the Melges 24 class.
Jens Wathne (NOR), the Chairman of IM24CA, owner and skipper of Party Girl, NOR808, chaired the meeting and presented his annual report. He thanked all of the IM24CA officers and all of the National Class Administrators (NCAs) around the world for the great work they have done together during the seven years that he has served on the IM24CA Executive Committee, five of those years as Chairman. 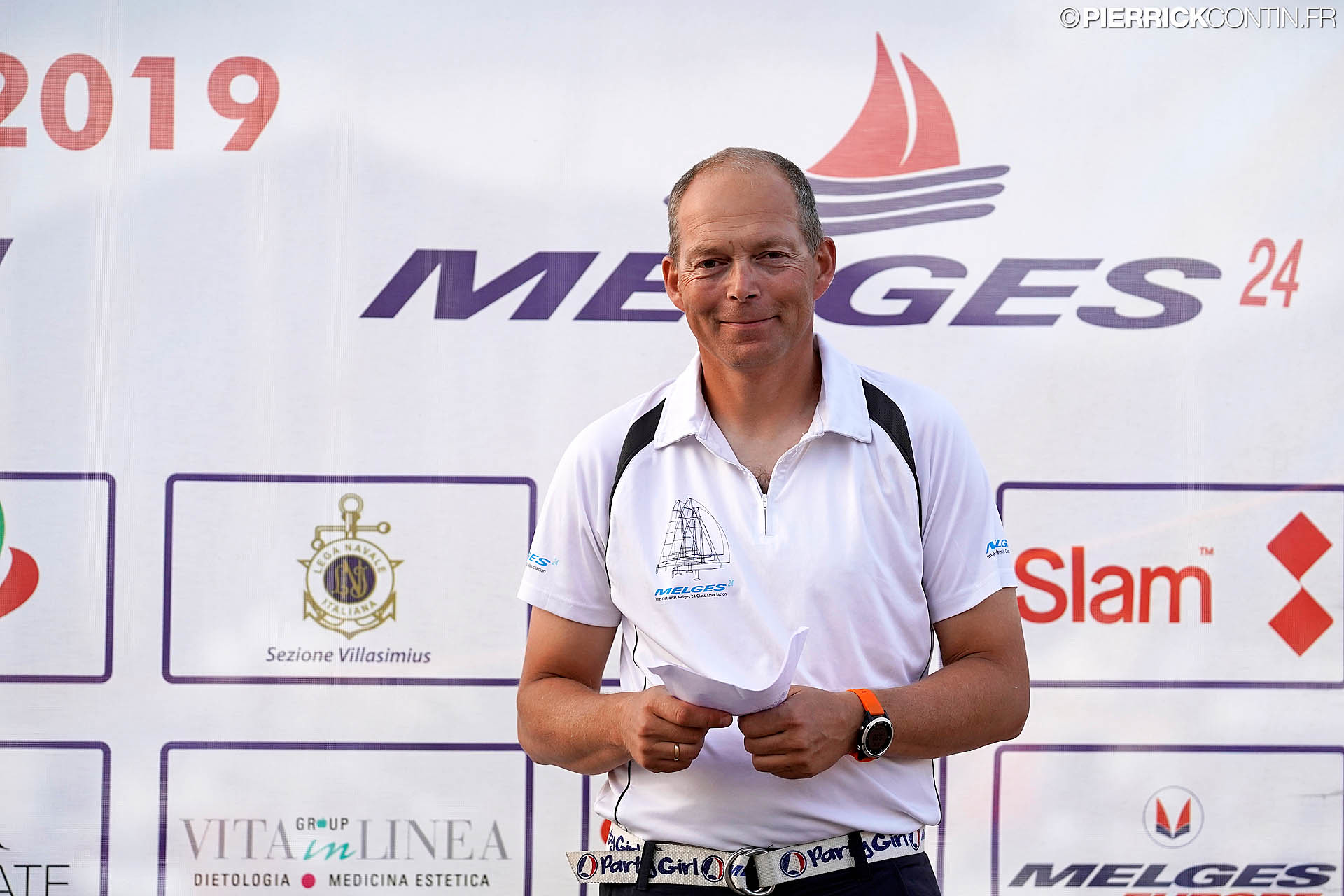 Jens Wathne. Photo © Pierrick Contin/IM24CA
"The 2019 AGM marked the end of my time in the executive group of IM24CA and as Chairman. In my time as chairman, we have managed to keep the Melges 24 out of the global recession of small one design keel boats. My commitment has always been to the whole class from the Corinthians to the Pro teams. During my term, I have tried to gather all of the National Classes together as one international class.
I leave the class with an updated constitution, class rules and a well-functioning administration. The work was completed together with a fantastic group of volunteers from around the world. Without all of them, none of this would have been possible. Thank you. I also express my gratitude to the class administrators who served during my time in the executive group.
This is not the end. Now, a new chapter opens with the new opportunities. Thank you for the opportunity to serve you, the big family of Melges 24 sailors around the world!"
The International Melges 24 Class Association has been very lucky to have a Chairman like Jens serving and leading wholeheartedly the class and appreciates a lot his dedication to the class and passion for Melges 24. 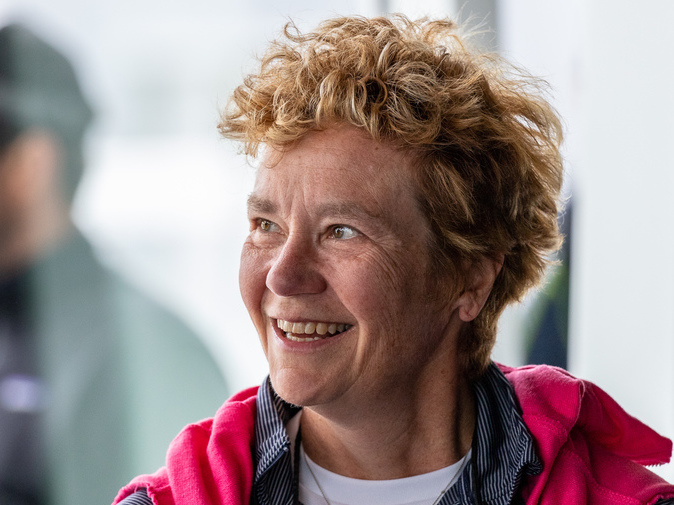 Laura Grondin. Photo © Zerogradinord / IM24CA
Current, IM24CA Treasurer Laura Grondin (USA) was elected as the new Chair of IM24CA and is the first female chair of the international organization.
"Melges 24 sailors already know that Melges has been building fantastic, fun boats for over twenty years", says incoming IM24CA Chair, Laura Grondin, owner and skipper of Dark Energy, USA850.  "The class is growing now and I am honoured and thrilled to have been elected as the new Chair."
Finding passion for the Melges 24 a few years ago, after a stint at the helm of a Melges 32, Grondin represents the heart and core of the class - the Corinthians - while she recognizes that the pros drive top level performance and challenge the entire fleet to go faster.
"My goal, as the leader of the class, along with the Executive Committee and the NCAs, is to create the best possible experience for the sailors. This includes hosting regattas in exciting and windy locations, finding ways to help everyone sail faster, and ensuring that the sailors have fun off the water. In short, I believe that sailors who have positive experiences both on the water and on the dock will come back and that is how to build the class."
Laura was a collegiate sailor at Yale and is now a competitive tennis player and business person. With over twenty years of experience as an owner and CEO of manufacturing companies and as the past Chair of many membership and non-profit organizations, Grondin has the skills to successfully lead the class. 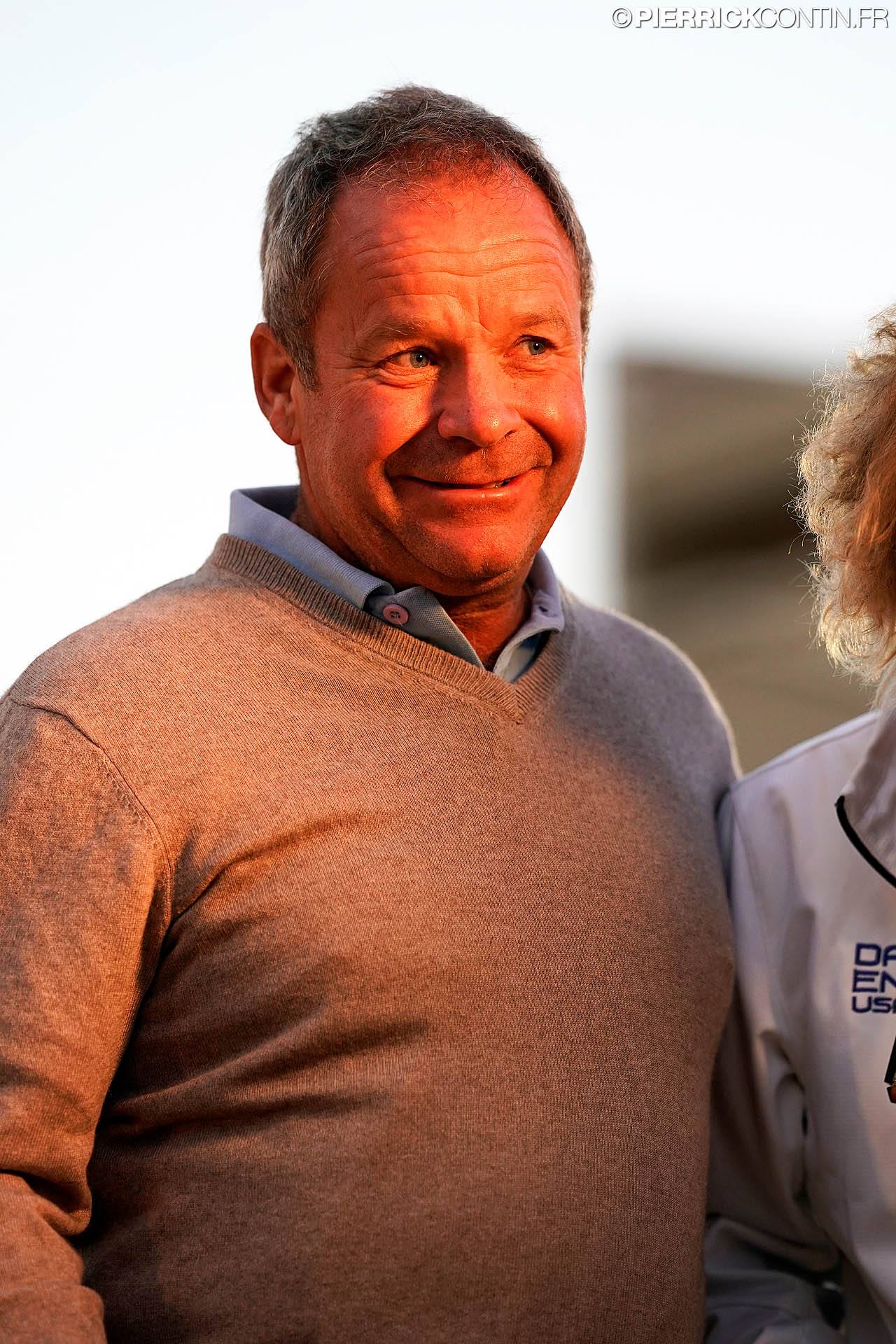 At the AGM, a big thank you was also addressed to the departing Member Europe of the IM24CA Executive Committee, Michael Good (on the left), Swiss Melges 24 Class President, owner and skipper of Cinghi-Aile, SUI382, for all his time and devotion to the class for many years. 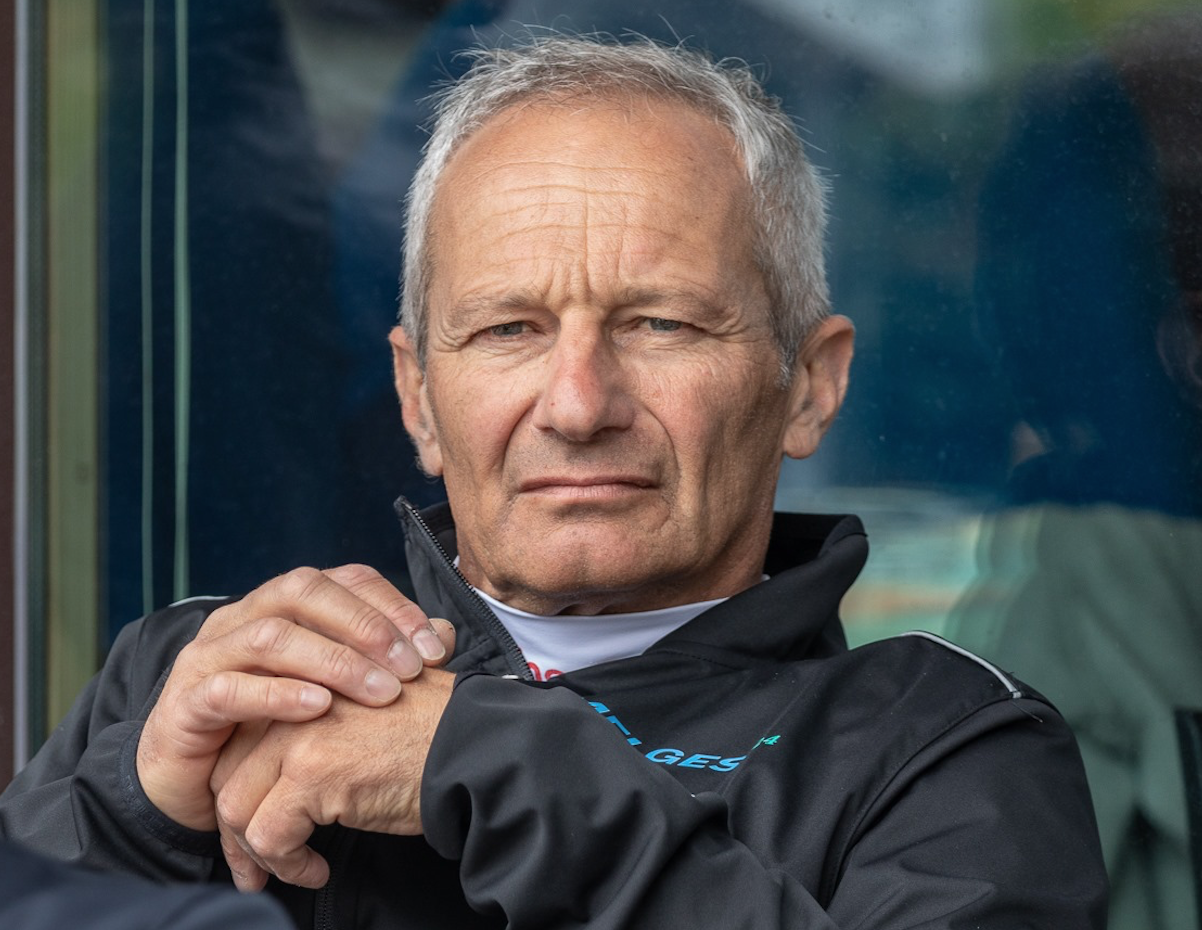 Michael Tarabochia (above), the President of the German Melges 24 Class, owner of White Room, GER677, was elected as the incoming Member Europe. He began sailing the Melges 24 in 2007. Since 2012, Michael has been actively competing in the Melges 24 European Sailing Series. He was elected by the German Melges 24 Class as their President in 2015. Michael is sailing with his two sons in the Corinthian class. In 2018, White Room was ranked as third best overall and second best among the Corinthians in the European Sailing Series ranking.
See the full list of IM24CA Executive Committee
New appointees to critical roles to serve the class 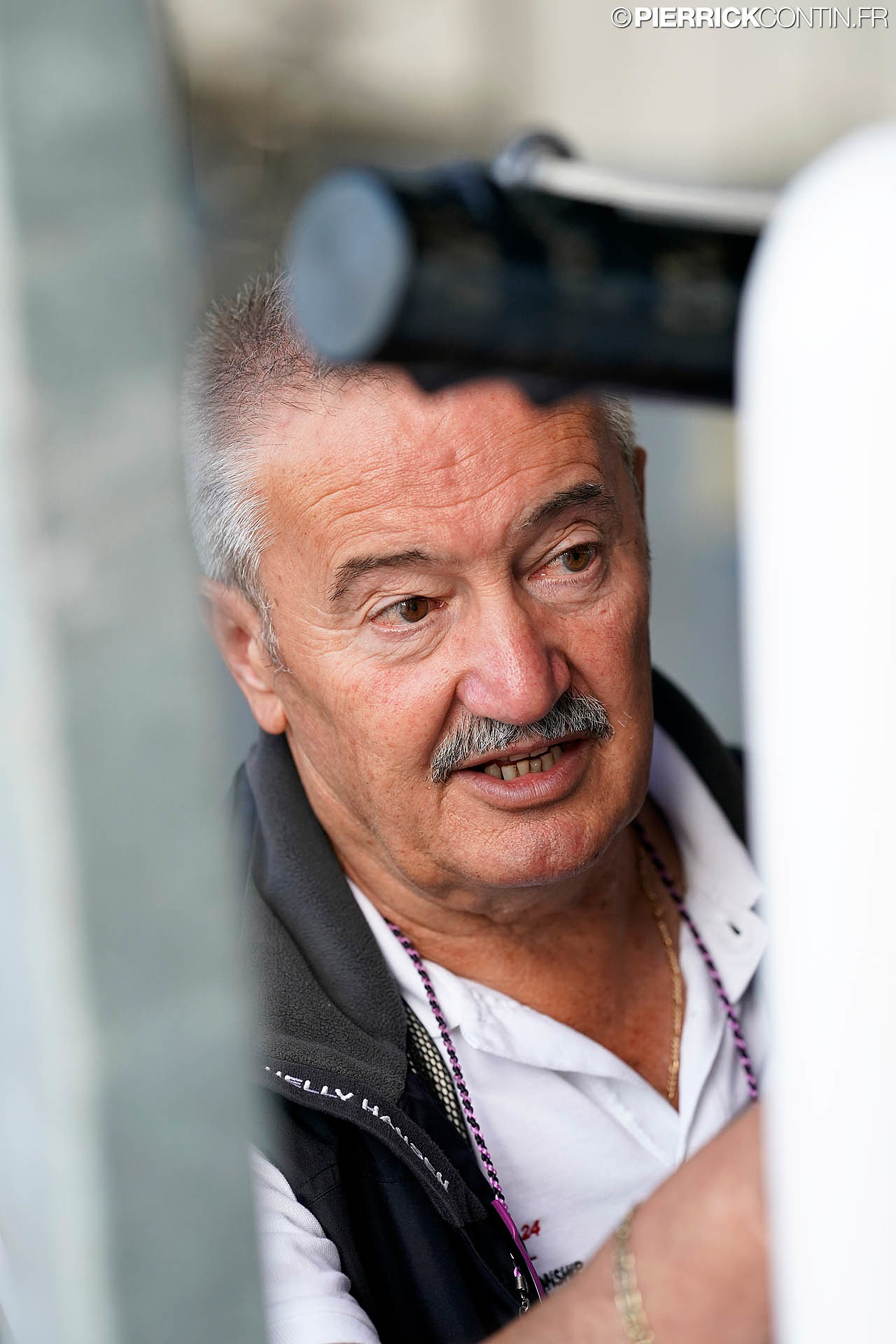 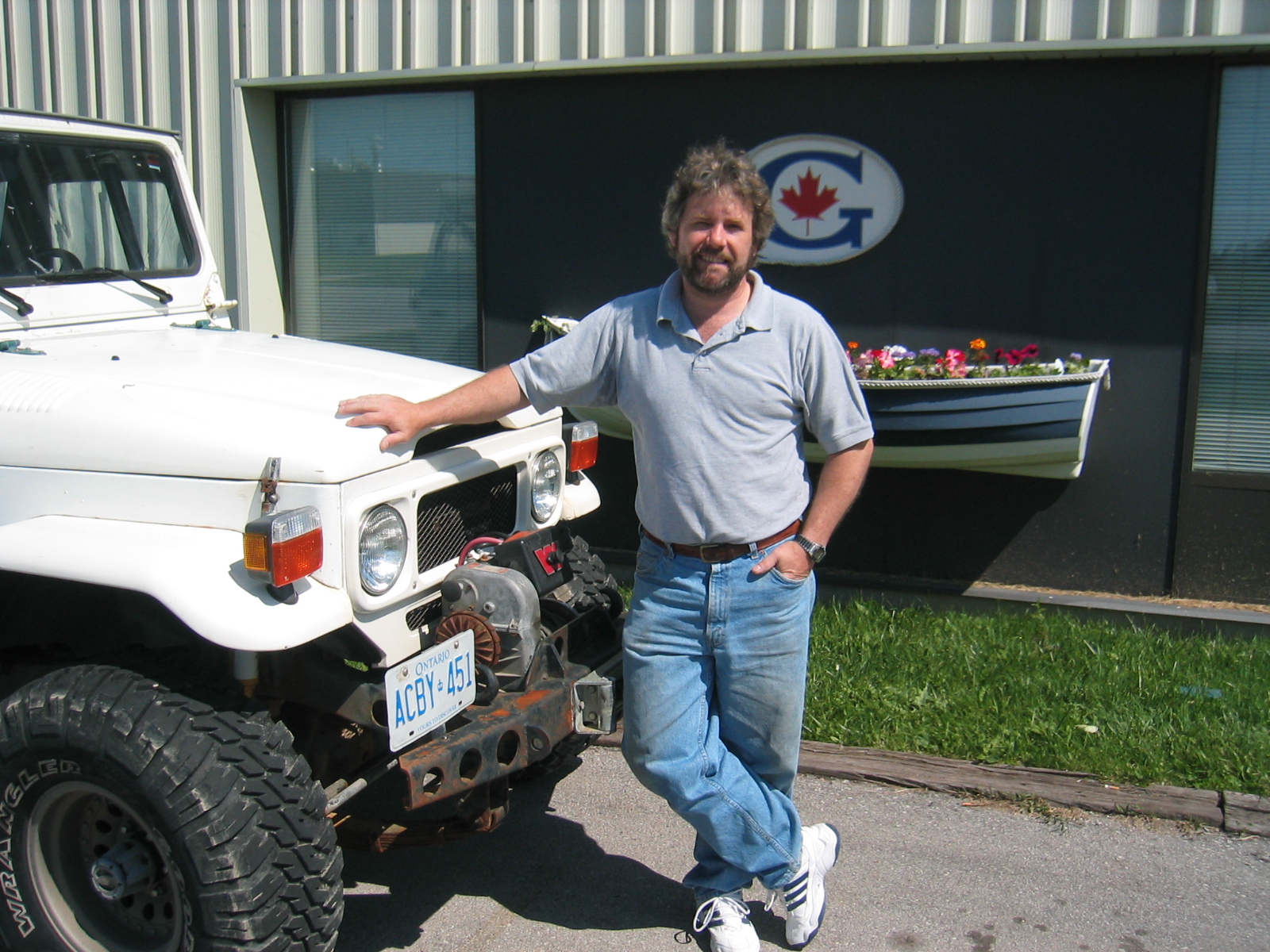