The Melges 24 Europeans drew to a close with a final seventh race in Torbole today. Racing started just before 9am in a brisk northerly breeze with most of the overall leaders opting for the left end of the line and the left hand side of the course.

Cedric Pouligny and Laurent Pages both got excellent starts and committed hard to the left while Jamie Lee opted for left middle. Of the main players only Mario Ziliano and Silvio Santoni opted for the right and a few smart lower ranked crews decided to go with the local knowledge. At the first weather mark Ziliano led followed by Kristoffer Spone, Jorgen Heje, Michael Henning, Umberto Roncari and Walter Pirinoli (helming for Jean Pierre Dick) with Alba Batzill sloting into 7th. Jamie Lea rounded in the high 20s with Flavio Favini, Pouligny and Pages all floundering in the 40s. The leaders and the majority of the fleet remained on starboard after the hoist. Lea was the first to gybe away followed by Pouligny. By the bottom of the run Lea had pulled up to 10th and Pouligny and Pages had made it into the 20s rounding the mark side by side. At the front of the fleet Santoni led from Ziliani followed by Henning, Batzill and Heje with Carolina Toll sixth.

The fleet went right up the second beat and by the second top mark Ziliano had passed Santoni who rounded second but then broached to allow Henning through on the inside. Batzil remained fourth while Spone had pulled back to fifth ahead of Heje and Pirinoli. Lea dropped back to 11th with Pouligny, Flavini and Pages still stuck in the 20s.

The breeze began to drop off slightly during the second run and places continued to change back and forth all the way. Up the final beat Santoni and Toll went right away from the fleet initially before coming back into the leading pack of 8 boats two thirds of the way up. At the line Ziliani took the honours followed by Henning, Santoni, Batzil and Spone. Lea had managed to pull up to 8th with Toll immediately behind him. Favini eventually finished in 16th with Pouligny 21st and 22nd. With the points so close it was all hands to the calculators to work out the standings. The race committee attempted to start the second race but the northerly breeze was becoming light and unstable and after an initial recall the fleet was sent ashore to await further instructions.

Eventually at 2.30pm racing was cancelled for the day and Cedric Pouligny could breath a sigh of relief that the European title was his by just 0.6 of a point. His lucky mascot Sean The Sheep (who sits on his tiller) wasobviously working overtime today. Alba Batzill finished second overall with Laurent Pages third, Mario Ziliani fourth and Jamie Lea fifth.

Full results and further details are available from www.melges24.com or e-mail FionaBrown@compuserve.com 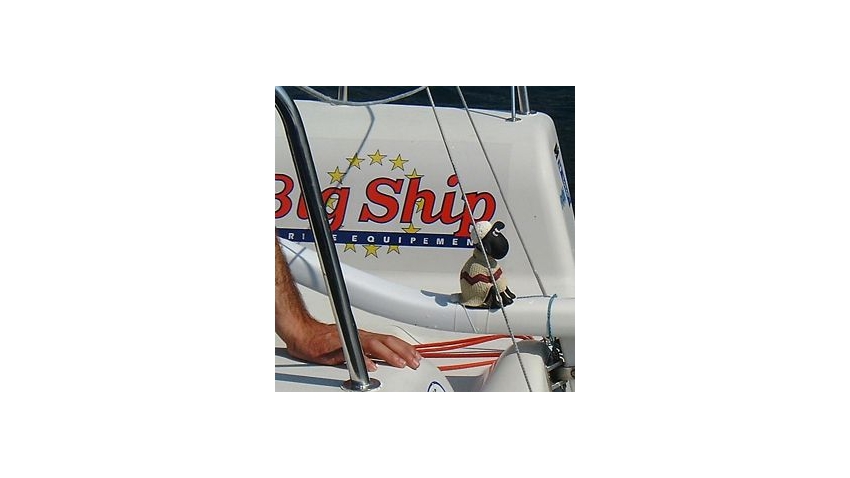 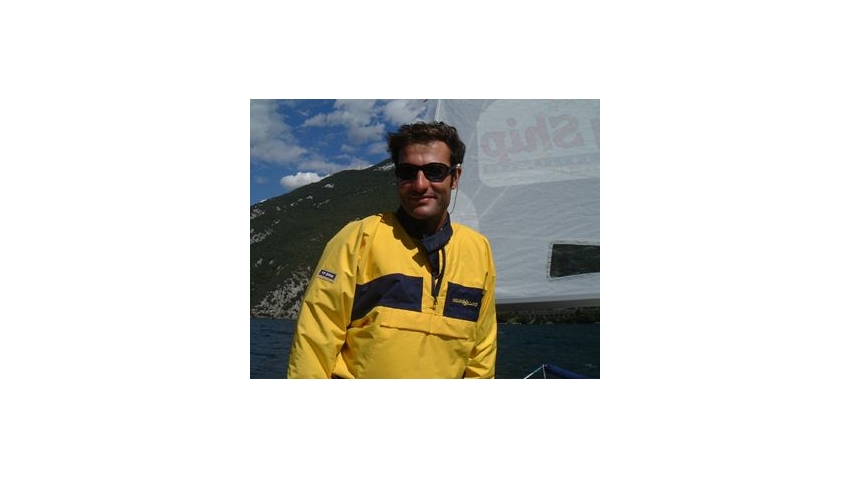