March 28, 2019 - Lake Macquarie Yacht Club, Australia - Sixteen races over six days, with wind from every direction and of a variety of strengths on Lake Macquarie. For this reason competitors went home very happy after competing in the Accru 2019 Melges 24 NSW State and Australian National Championships. There was a wind direction or wind speed that suited every boat at some stage throughout the two regattas.

The NSW Champs were held first, on the 9th and 10th of March.  The first three races were sailed in 8 to 14 knots of very shifty south to south east breeze. The Adelaide Red Mist team skippered by Robin Deussen quickly became the favourite with boats attacking them from both sides of the course. They ended the day with a 1,3,1 score card. Next best was Dave Young and Tim Cummings and their Kraken team with a 2,4,2. The rest were fighting for 3rd with Daniel Nixon on Accru winning race 2. Day two was raced in a very light and fluky north westerly breeze. Only two races were sailed with the time limit running out in race 5 with only 4 boats finishing. Steve O’Rourke’s Panther team and Accru winning a race each. Red Mist was too consistent winning the NSW Champs with a total of 7 points followed by Kraken and Accru. 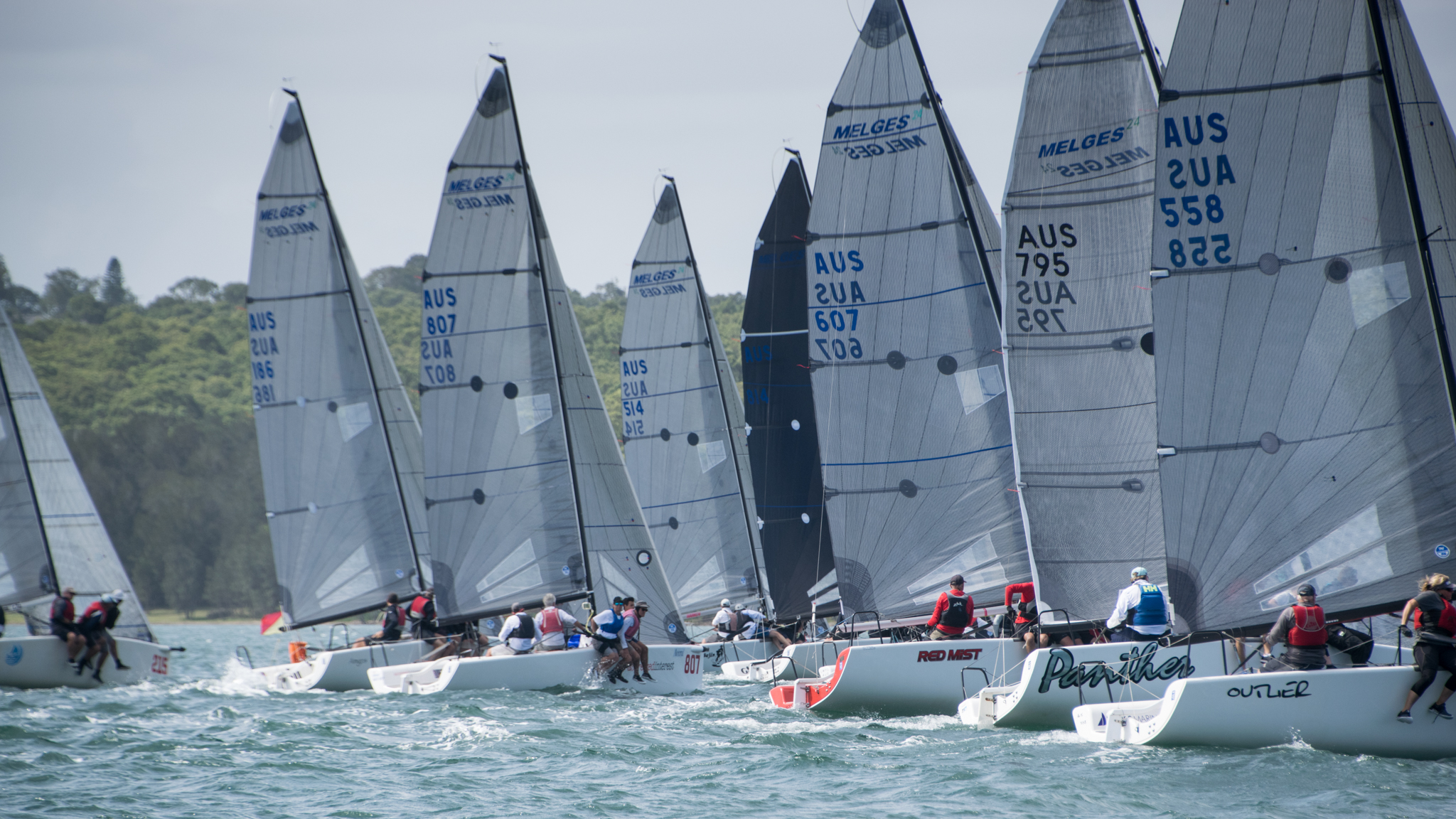 A lay day on the Monday was welcomed prior to the start of the Accru Australian Championships on the Tuesday with Lake Macquarie Yacht Club PRO Ross Ahrens deciding to get in four races while the wind was up. A moderate East Nor'easter made the day a little tricky and gave the pack chasing Red Mist a glimmer of hope. Red Mist won 2 races. Kraken also won a race and Sias and Catherine Nolan’s Outrage-Us started to get into gear winning race 4.

Day Two of the Nationals was probably the least exciting. With a 10 to 15 Knot Nor'easter and the race track favouring the left hand corner; it was a matter of starting on the pin and drag racing to the left hand lay line. Doug Watson’s Rank Bajin, Kraken and Accru all had good days but nothing like Red Mist, winning all three races.

Day Three was the highlight of the week. A gradient Nor’easter of 20 to 24 knots that never backed off for a second. This is what everyone came for and what Melges 24 racing is all about. This was boat breaking weather and unfortunately for Rank Bajin and Outrage-Us the regatta started to slip away. Daniel Nixon on Accru found his groove, dominating up wind but not quite matching Robin Deussen’s experience downwind finishing with a 2,2,1 to Red Mist's 1,1,2. Peter and Andrew Kendall’s Amigos also worked their way to the front as did the ever-consistent Kraken. Great downwind rides and wipe outs were the talk of the day. 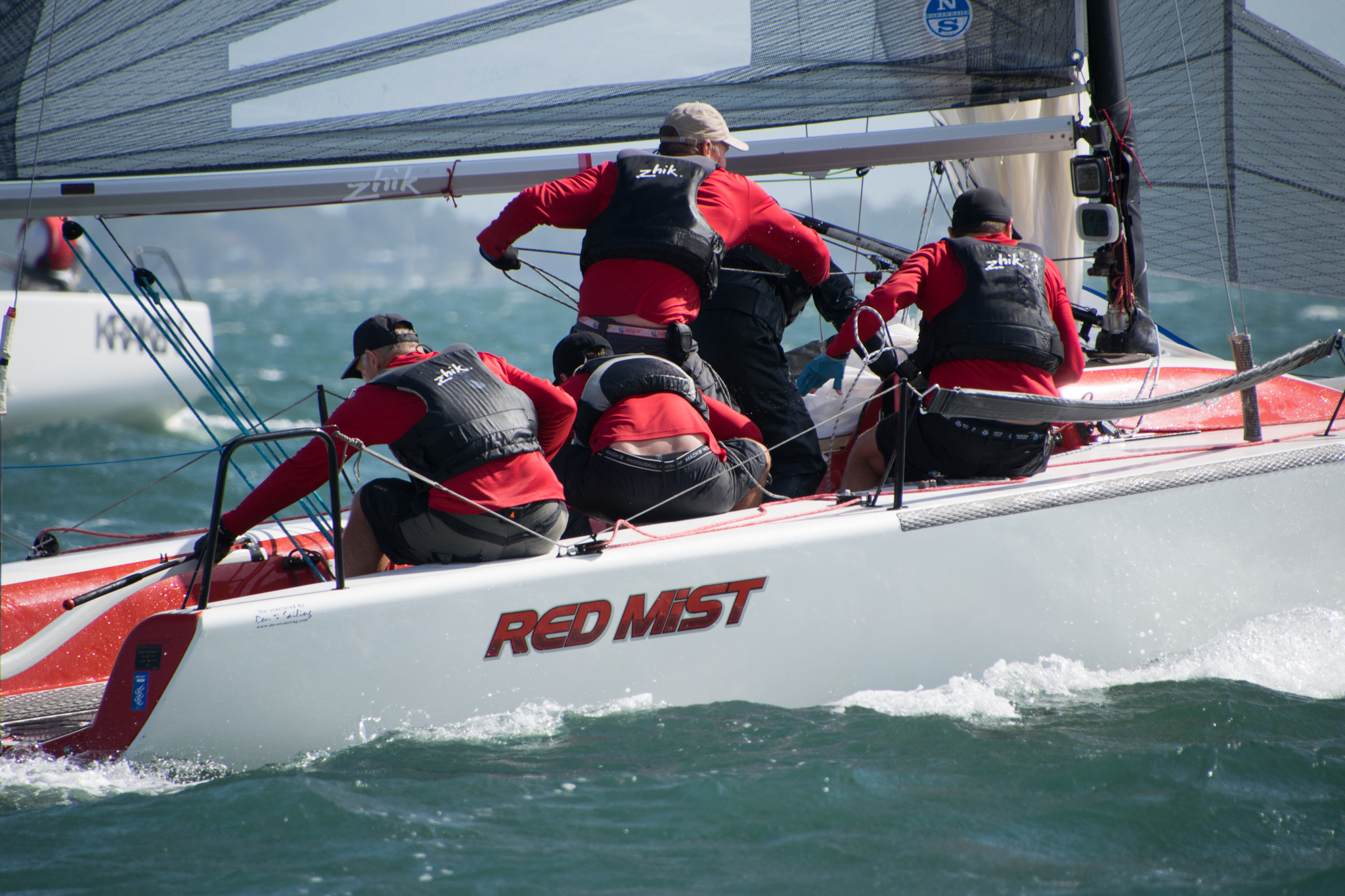 On Day Four with one race to sail and Red Mist already the regatta champions the battle was for second place with Kraken and Accru equal on points and the  Amigos not far behind. After three general recalls the fleet got away in a very unstable 10 knot south-easterly breeze. Within minutes of the start there was a left hand shift and the wind strengthened to around 20 knots. Accru was on the wrong side of it which left the door open for Amigos, Kraken and Outrage-Us to fight it out for second as Red Mist was already clear in front. The breeze freshened some more and the three boats crossed the finishing line within a pole length of each other. Kraken taking 2nd from Amigos and Outrage-Us. 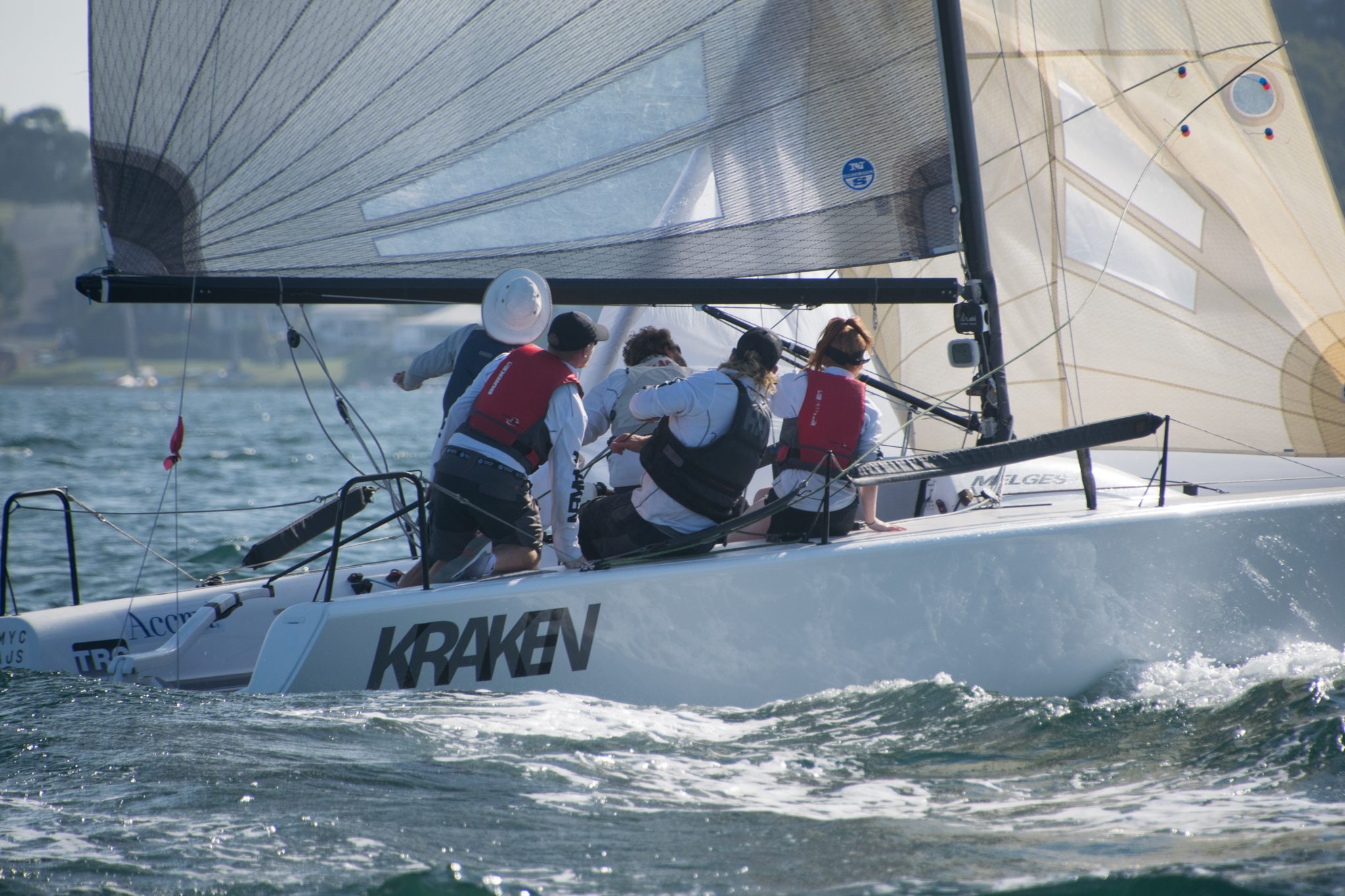 Congratulations to Robin Deussen and his team of Andy Dyer, Nick Deussen, Rachel Paterson and Matt Hansen on Red Mist. Dave Young and Tim Cunningham and the Kraken team were second. Daniel Nixon’s Accru was third. 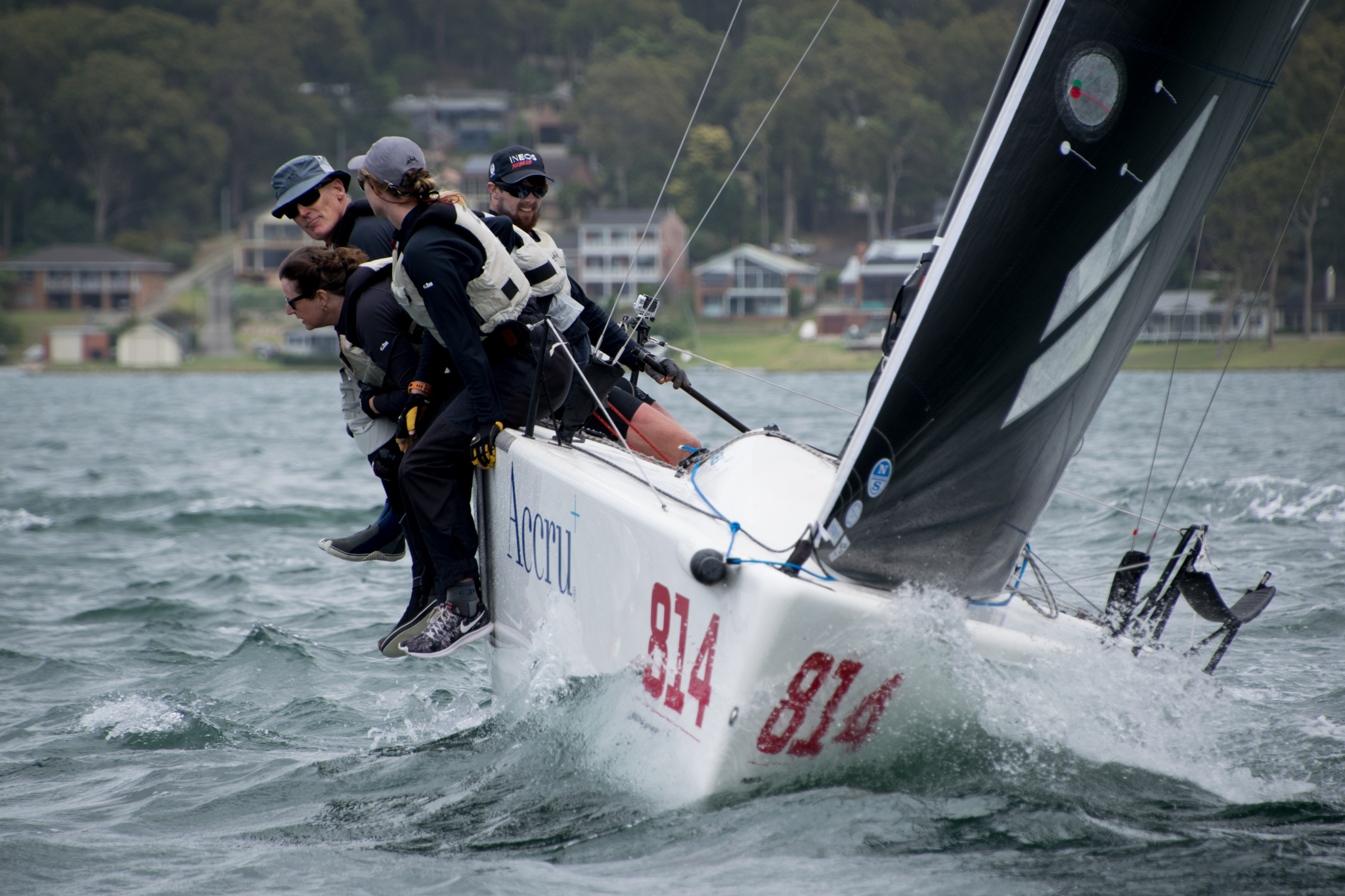 With new class president Doug Watson at the helm the 2020 Australian Championships will be in Adelaide.