The 2015 Melges Australian Championships were held at the Adelaide Sailing club over four days starting on the 8th of January. Teams travelled from three States to compete attracting 14 boats and some very high profile sailors ready to have a crack at the tittle. 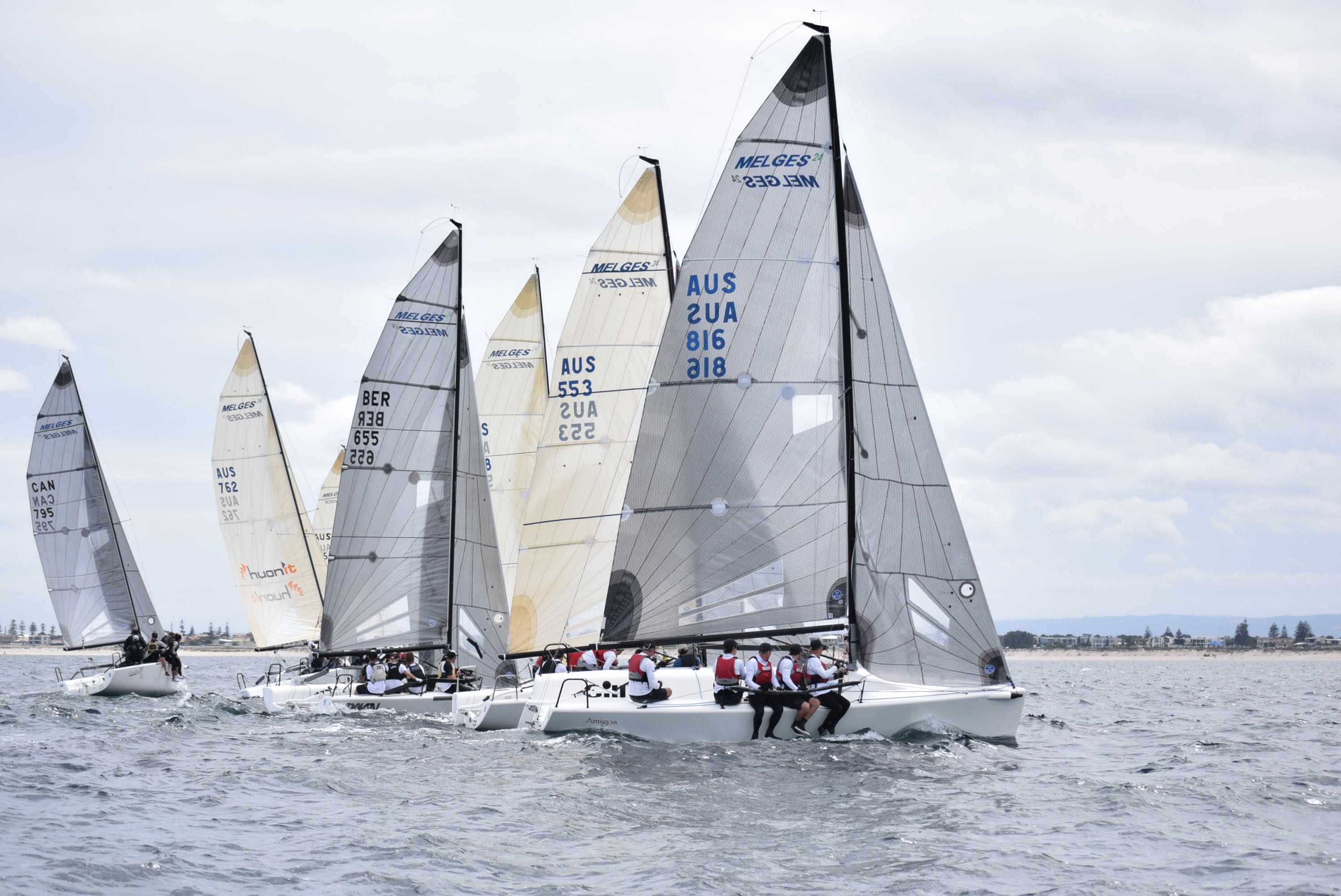 The 7th of January saw most of the travelling boats turn up to the hospitable Adelaide Sailing club collect their regatta packs do the weigh-in and proceed to rig up in the burning sunshine on the grass in front of the club overlooking Holdfast Bay. The conditions were very light however some crews made the effort to put their boats in the water and fine tune their rigs ready for the event. This all happened whilst a weather system was preparing itself to move in and cool the day down.

The main action started on the 8th of January where all crews assembled for final weigh in, final boat preparation and a social catch up with all of their Melges 24 mates. PRO Mike Rogers held a regatta briefing where he promised a typical “Adelaide Sea Breeze”, this was obviously a curse as the conditions over the next four days did not quite fit the description.

Race 1, Day 1 saw the kick off race of the regatta sailed in light conditions that were fading towards the end of the race. Pussers Rum Cavallino helmed by Chris Links took out the race followed by Adrenaline helmed by Luke Stephens and The Kraken helmed by Ayden Menzies. The remainder of the fleet followed very closely with an exciting finish where the fleet could have been covered by a blanket.  The wind proceeded to swing around and become lighter making it difficult to set a start for the race committee; however they managed to set a fair start line and blow the gun for Race 2. Shortly after the start and prior to any boats reaching the top mark PRO Mike Rogers abandoned the race and sent the boats to shore. This decision proved to be the correct one as the competitors watched the wind die to nothing triggering an atmosphere lending itself to post-race dock drinks followed by a welcome night party. 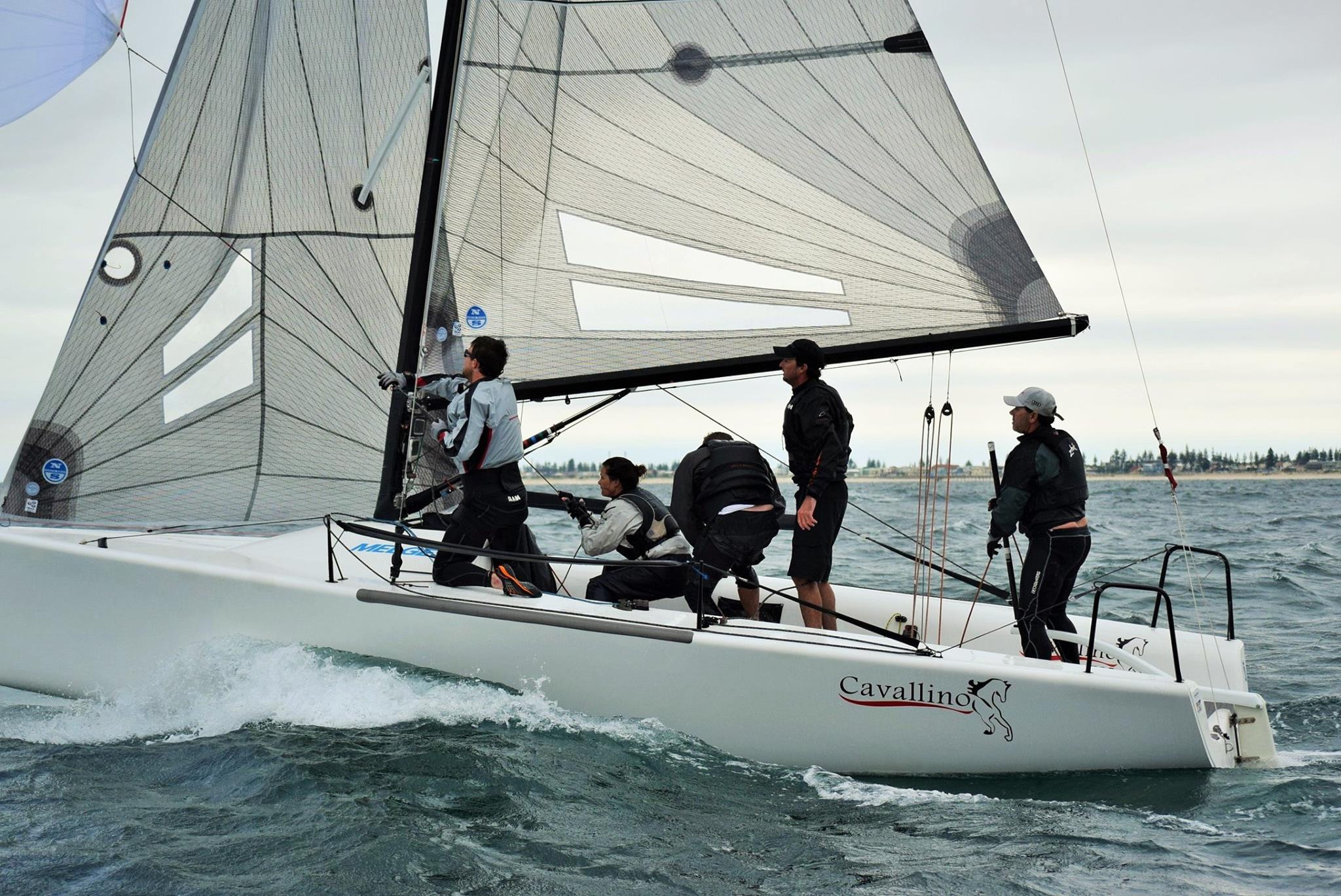 The competitors awoke on Day 2 with conditions quite different to Day 1 with overcast conditions and moderate breeze looking like it had set in. The day started with the Melges 24 Association of Australia’s annual general meeting (AGM) where the existing office bearers were voted back in for the next year and plenty of ideas were kicked around to help the class grow.

Race2 was started in conditions of 18 knots+ and building. The building pressure provided plenty of action with gear breakages, spectacular round ups at speed and plenty of blistering downhill rides to see Links and his crew come in first, followed by Red Mist helmed by Robbie Deussen and Luke Stephens on Adrenaline third. 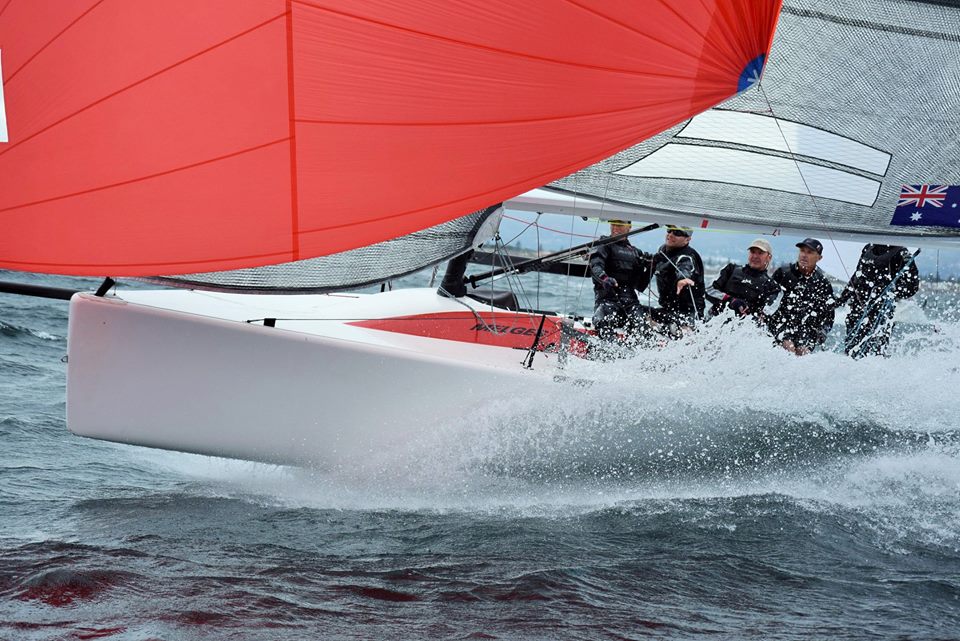 Race3 started in conditions of 20+ knots with gusts approaching 29 knots along with a turn in tide and seas up to two meters. This led to some very challenging upwind tactics followed by blistering rides down waves towards the gate marks.  Amigos helmed by Heath Walters took first place followed by Pussers Rum Cavallino with Jonno Banister on Penultimate Challenge coming in third. 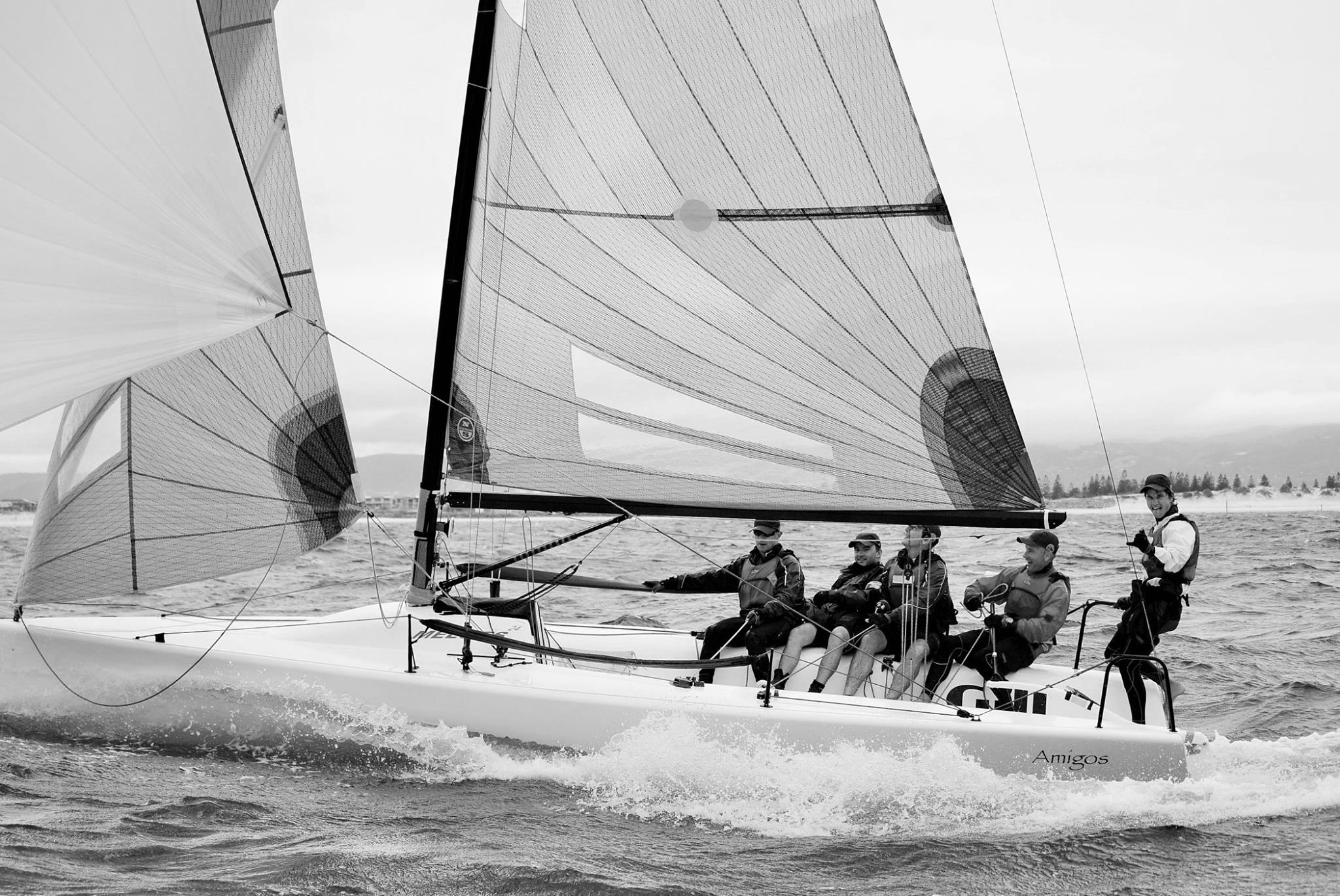 The conditions had set in for the day seeing Race 4 raced in identical conditions. Red Mist managed to take the victory followed by yet again Chris Links and Jonno Banister in third.

The PRO Rogers took advantage of the wind and decided to catch up on the abandoned race from Day 1 and run Race 5. The wind strength stayed up however the tide influence increased and some greater wind shift prevailed making it all the more exciting on the track. The top three from Race five repeated their form however swapped position with Links coming in first, Deussen seccond and Jonno Bannister third.

The end of day two saw a well-deserved dock party develop with plenty of stories, tails of battle and yahooing about that awesome downhill ride.  Once the boats were all packed up the crew packed into the bar at the Adelaide sailing club and continued the fun along with a huge feast of South Australian Kinkawooka Mussels brought across from Port Lincoln.

Day 3 had a very similar feel to it than Day 2 with building pressure whilst the boats prepared to race. The start of Race 6 was in approximately 20 knots of breeze and choppy conditions, maybe it was the mussels from the night before but the first attempted start saw a lot of boats eager to be the winner off the start resulting in a General recall. Rogers decided to stamp his authority on Start sequence number 2 by flying the Black Flag, this later proved fatal for three boats that broke the start. With the race underway once again it was Red Mist and Pussers Rum Cavallino fighting it out for first place but this time another seasoned Melges 24 sailor in Gary Shanks was in there for the fight as well. The result was Red Mist in first place, Pussers Rum Cavallino in second and Shanks helming Outrage-Us in third.

Race 7 once again was very similar conditions to the previous race with a slight change in current direction. Off to a clean start this time after the previous black flag and it was  Links and his crew setting the pace once again finishing in first place followed by the consistent Penultimate Challenge with Amigos coming third.

Race 8, where the breeze remained solid saw the dual of Red Mist and Pussers Rum Cavallino continue this time with Adrenaline joining the battle. Deussen managed to get the lead and keep it leaving Links and Luke Stephens to battle out second and third. In the end links got the better of them leaving Red Mist in First place, Pussers Rum Cavallino in second and Adrenaline in third.

The results at the end of this race saw a regatta score card for Links and his Crew consisting of Nathan and Shona Wilmot, Daniel Nixon and Dean Pennell that was unbeatable leaving the battle for the minor placing to go into Day 4. Once again the Melges 24 competitors mingled on the Jetty of the Adelaide sailing Club whilst unrigging (drink in hand of course) and talked about yet another great day on the water.

The wind on Day 4 had decreased significantly down to a gentle 8 – 12 knots and the seas had settled. An early start to the day with only two races remaining a battle for the minor placing’s was about to begin with a mixture of boats in contention. Race 9 got off to a clean start in 8 knots of pressure however there were significant wind shifts providing a plenty of opportunity to get good gains and bad losses. The lead seemed to change all the time however David Royle (Vice President of the M24 Association of Australia and local sailor) outsmarted everyone helming Outlier and finished in first position followed by another local sailor Jason Ward, helming Concubine in second position with Heath Walters and the Amigos team coming in third.

This result set the scene for Race 10 where four boats were in contention for the minor placing’s depending on the performance in this race. As with Race 6 on the second day everybody was eager to win the start resulting in the PRO flying the Black flag after a General Recall. The race got away on the second start in very light dying wind. Once again there were plenty of holes and wind shifts to work with. The positions across the finish line of the final race were Pussers Rum Cavallino first, Amigos second, and Concubine third.

This completed the regatta however, over the VHF whilst sailing back to the club the PRO Mike Rogers thanked the sailors for a great regatta and proceeded to announce (slowly) that four boats had broken the start under a Black Flag. One of those boats was Amigos who’s performance on the last day of racing would have landed them in third position overall, if it wasn’t for the Black Flag. A protest was initiated by Amigos against the Black Flag result and ended up in Amigos being given redress due to a potential error made on the start. 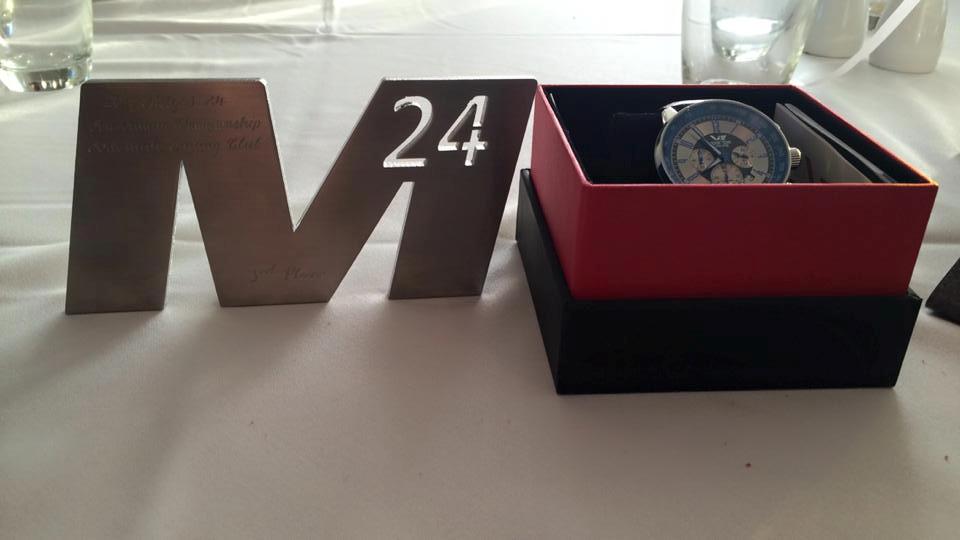 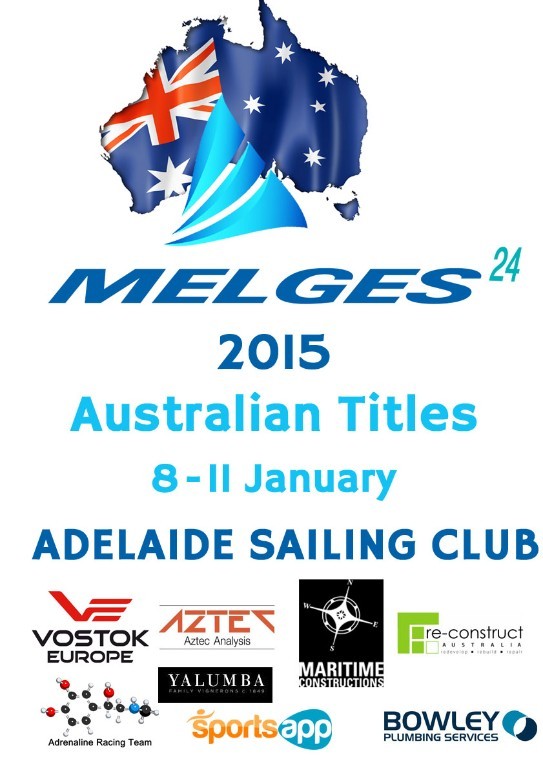