October 20, 2017 - Submitted by Brian Hutchinson, Melges 24 USA201 - Kevin Welch's MIKEY(USA835) of Anacortes, Washington gave an unparalleled overall performance on the 2017 M24 NorAm Tour. Mikey likes this sport and sails with a very high level of intensity and joy that often accompanies those who deliver on race day. Of course, this accomplishment was not reached by chance. A couple centuries of collective crew commitment to the sport and the constant refinement of technique helped. Mikey was also tuned into Mother Nature who usually led them the right way up the course.

After placing 3rd at NorAm Stage 1- US National Championship in Charleston, MIKEY went on to win 8 out of 12 races at NorAm Stage 2- North American (NorAm) Championship with great speed and tactics in big breeze at the Gorge. Solid starts, smarts and patience helped deliver a win at NorAm Stage 3 (the finale) – an uncharacteristically light Autumn Canadian Nationals in Toronto, to put an emphatic "Mikey stamp" on the Open Division perpetual trophy of the M24 NorAm Tour.
In addition to taking the Open Division title on the 2017 M24 NorAm Tour, MIKEY made the podium (3rd Overall) at the 2017 World Championship in Helsinki. (A good year) 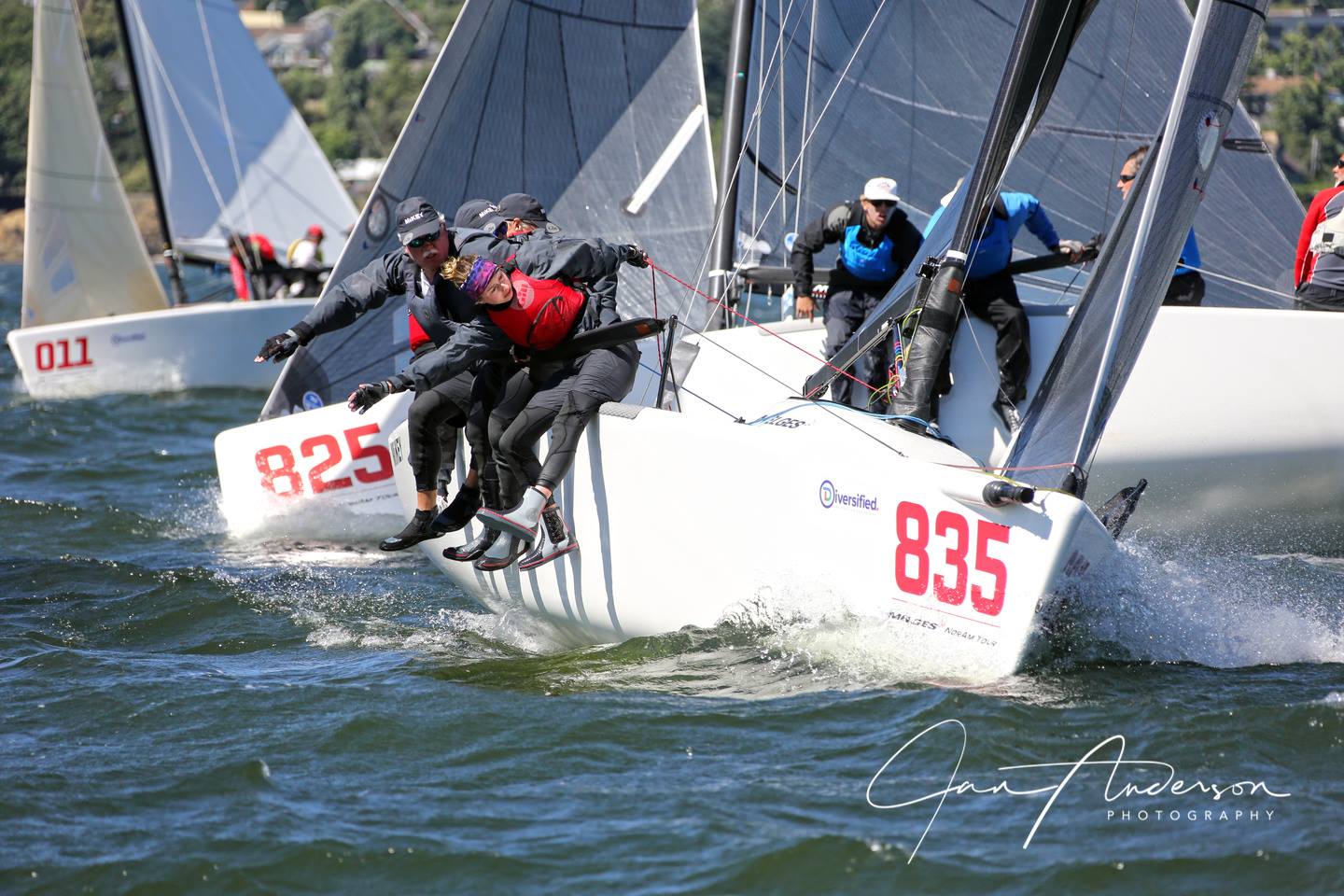 MIKEY (USA835), WARCANOE (USA825) and GOES TO ELEVEN (CAN011) grinding out a beat at the windy North American (NorAm) Championship on the enchanted Columbia Gorge
“Mikey really likes the M24 NorAm Tour, which brings great teams together at the championship venues in Canada and the US. We’re looking forward to 2018 when the M24 NorAm Tour takes us to two exceptional venues- Victoria, BC (CNats & Worlds) and San Francisco (US Nationals).”- Trimmer and Team Manager, Ian Sloan. 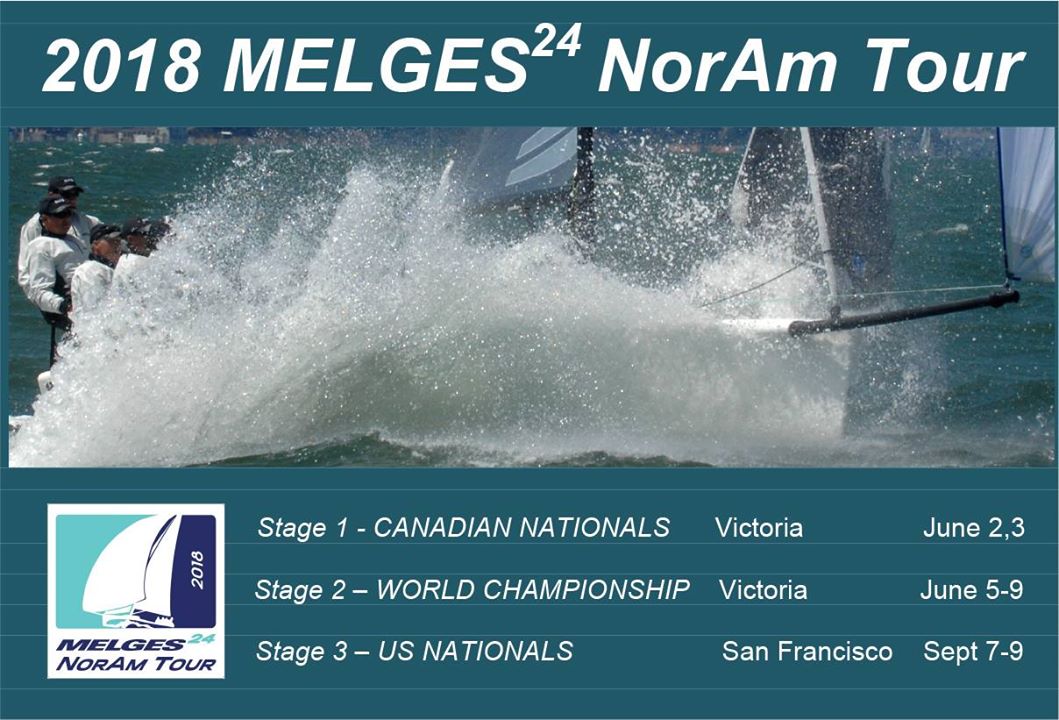 Michael Goldfarb's WARCANOE (USA 825) of Seattle finished a convincing 2nd Overall on the Tour by earning a 5th place at the Charleston US Nationals and a 2nd at the NorAm Championship at the Gorge. Although fairly new to the Melges 24, Goldfarb is no stranger to the Gorge, having raced Lasers out of Cascade Locks for years.

Third overall went to Brian Porter’s FULL THROTTLE (USA849), who pulled off a 6th US National Championship victory before spending the rest of the season on Lake Geneva where his Melges 24 is always ready in a lift next to the dock.
Wet Coast Sailing's SUNNYVALE (CAN151) won the M24 NorAm Tour Corinthian Title for the second year in a row. SUNNYVALE was the top Corinthian boat and placed 3rd in the Open Division of the M24 NorAm Championship at the Gorge, which earned them 60 points overall.
A couple points back and 2nd in the Corinthian Division was KC Shannon's SHAKA (USA801) of Atlanta. SHAKA sailed all three Stages of the M24 NorAm Tour and the team’s skill and enthusiasm was infectious. 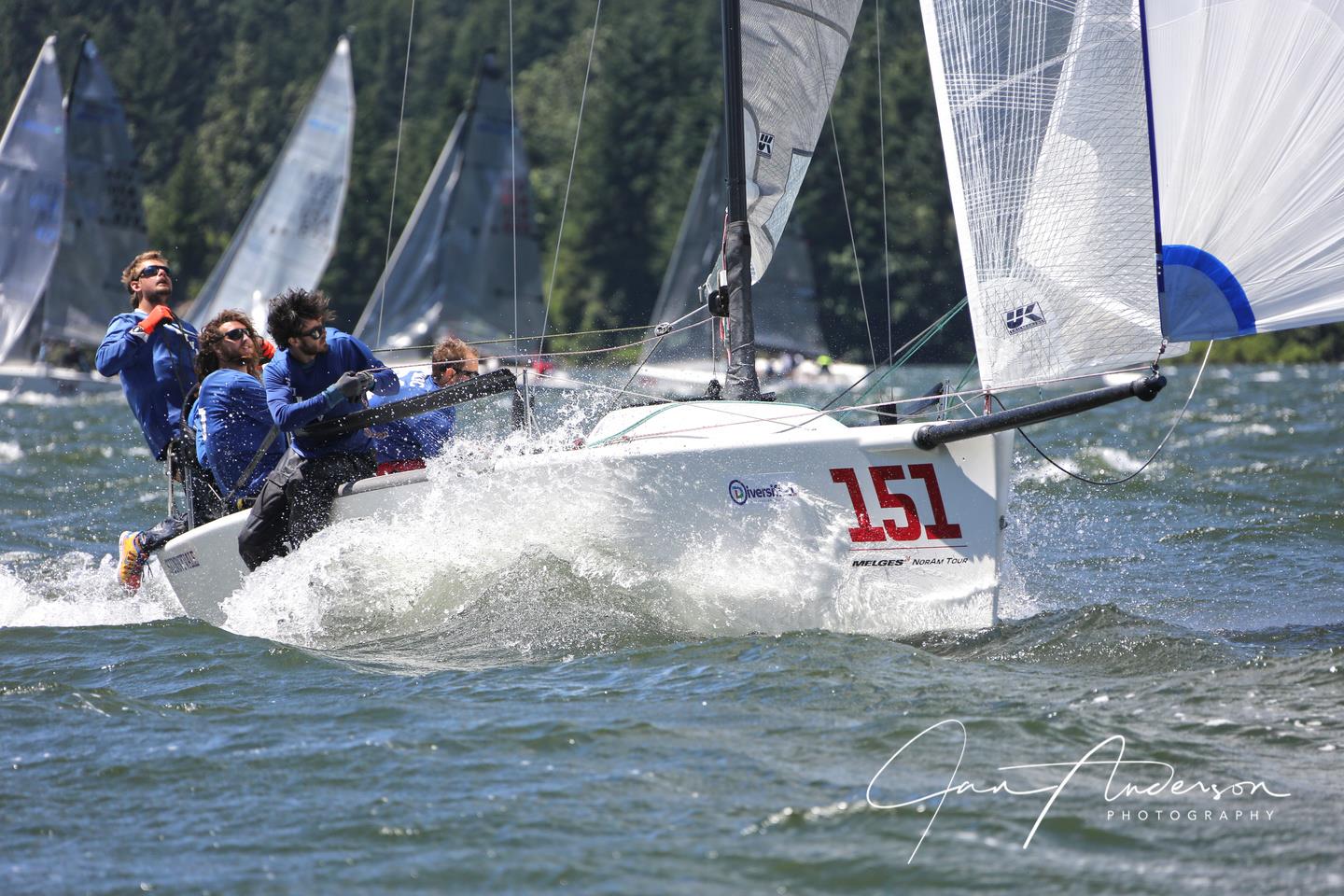 SUNNYVALE, 2017 M24 NorAm Tour Corinthian Champions: Fraser McMillan (helm), Harry Miller (jib), Adam Koster (spin), Keegan Moynihan (tactics), Kieran Horsburgh (bow)
“Wet Coast Sailing Team is super pleased to have won the M24 NorAm Tour Corinthian title for the second year in a row! Next year we will be going for the Overall title, which begins with Canadian Nationals and World Championships in Victoria, and culminates with the US Nationals on windy San Francisco Bay. Wet Coast Sailing Team has been training hard for the past few years to get ready for the 2018 Worlds, so it is great to see the time on the water paying off. We challenge all Corinthian teams to try and take the top spot over us next year!” - Fraser McMillan
Third place in the Corinthian Division for the Tour went to Kent Pierce's AVERAGE WHITE BOAT (USA303) out of Santa Barbara, CA which placed 4th in the Open Division at the M24 NorAm Championship. 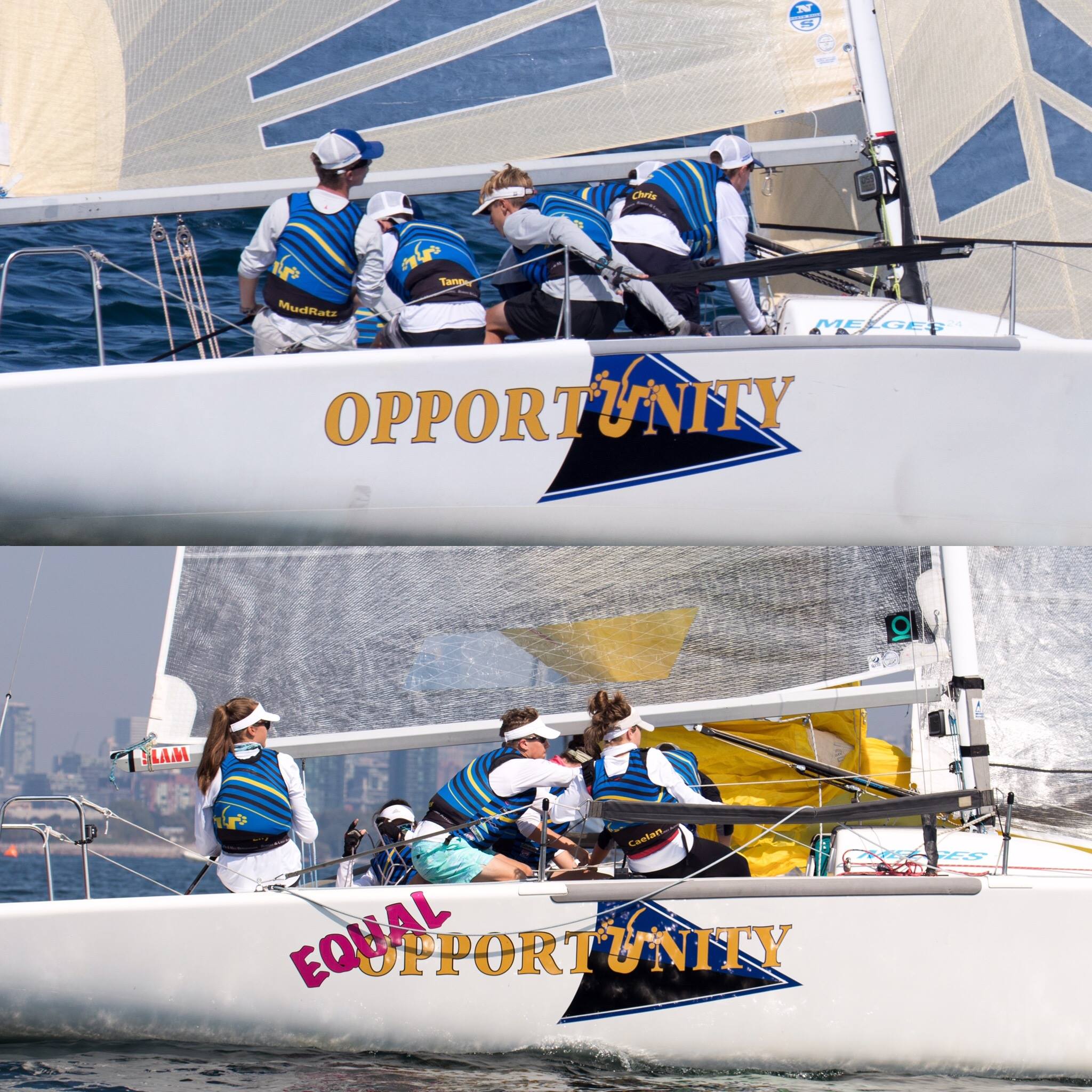 “Not only has being a youth sailor on a Melges 24 given us opportunities to sail against some of the best pro sailors in the world, we have also been able to create friendships with tons of people,” said Lily Flack, helm of MudRatz EQUAL OPPORTUNITY.
The Velocitek Award (ProStart) for the Most Inspiring Team went to Team MudRatz out of Stonington/Mystic, Connecticut. Two high school teams of boys and girls have been training for a couple seasons and were right in the mix at the Canadian Nationals with a boat finishing near mid-fleet in the Tour standings.

“It’s the perfect blend between speed and difficulty to sail. It pushes the sailor to go faster, and it’s a blast!” - Peter Cronin Helm, MudRatz Opportunity 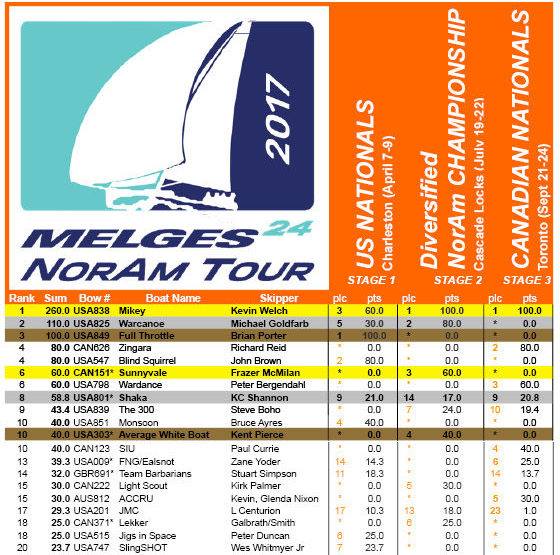 Email the Melges Team to learn more about joining the Melges 24 fleet.