A total of 20 teams were racing, six-seven out of them were very challenging, just to name a few we have Rossini-Favini's Blu Moon, the standing European and World Leader, Wadadli, helmed by the continental champion Matteo Ivaldi, Giogi with couple Balestrero-Celon, Maidollis, helmed by Olympian Gabrio Zandonà and the always competitive Andrea Racchelli's Altea.

On the first racing day on Thursday, the Race Committee was able to deliver 2 races respectively won by Blu Moon (1-3) and Wadadli (6-1). Audi tron (3-2) was a strong leader in both races, collecting a third and a second, score that placed them second at just one point from Blu Moon and at two before Wadadli.

Due to the success in the only race held on Friday, the team of Flavio Favini had a margin of five points on tron Audi Audi Sailing Team Italy, fifth in the same race behind Altea Andrea Racchelli, finished second, Maidollis Gabrio Zandonà and Wadadli Matteo Ivaldi.

However the 5 knots breeze allowed to deliver three more races on Saturday and the application of the discard. Blu Moon (1-4-1), with the world champion Flavio Favini scored 2 first places gaining a strong margin over all other competitiors such as Wadadli (4-3-3) of the European Champion Matteo Ivaldi, second at only one point from Altea (3-1-4) of Andrea Racchelli. The day did not seem to be very favourable for Audi tron (11-10-2), scoring an 11 and a 10 that put them second place at the end of race six. Audi Italia Sailing Team ranked then fifth at 7 points from the podium and four from Maidollis ranking fourth before the final racing day.

After three days of full stamina, on Sunday the Melges 24 Italian Championship had to face a complete lack of wind, forcing the Race Committee to a close the series with a “no race” statement. 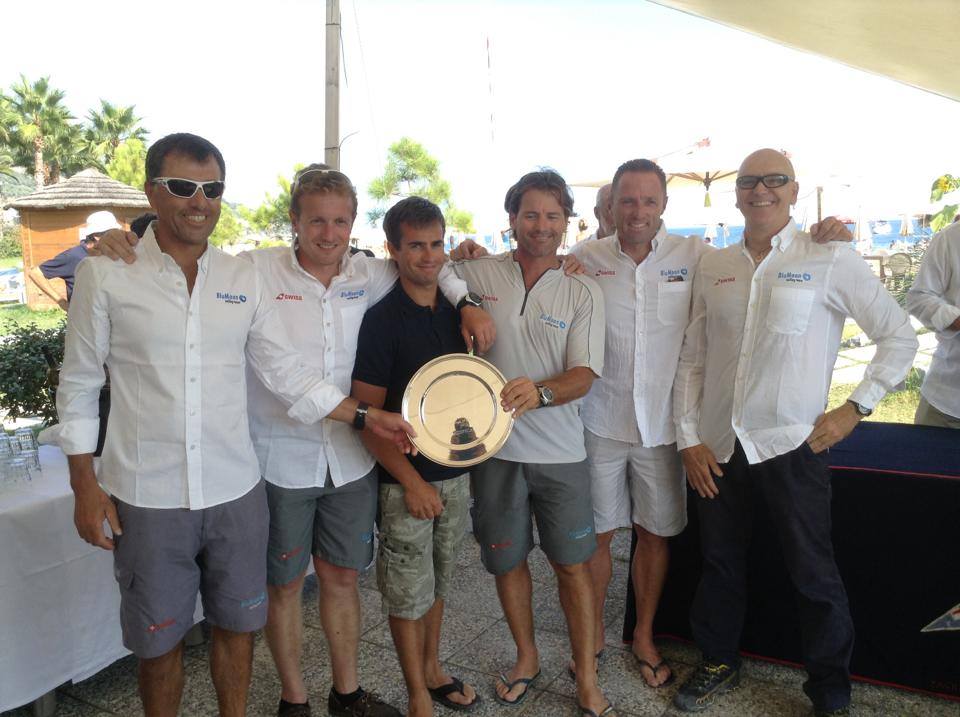 Thanks to the results of the three days, Blu Moon became the 2014 Italian Champion, helmed by Flavio Favini the crew has successfully taken also this Italian titel after the World and the European ones. On the podium, second place for Matteo Ivaldi's Wadadli, continental titel winner in Balaton replacing the temporary absent Favini, at third stands Andrea Racchelli's Altea. Audi tron placed at fifth, the Audi Italia Sailing Team never seemed to find the right pace under such very light wind conditions.